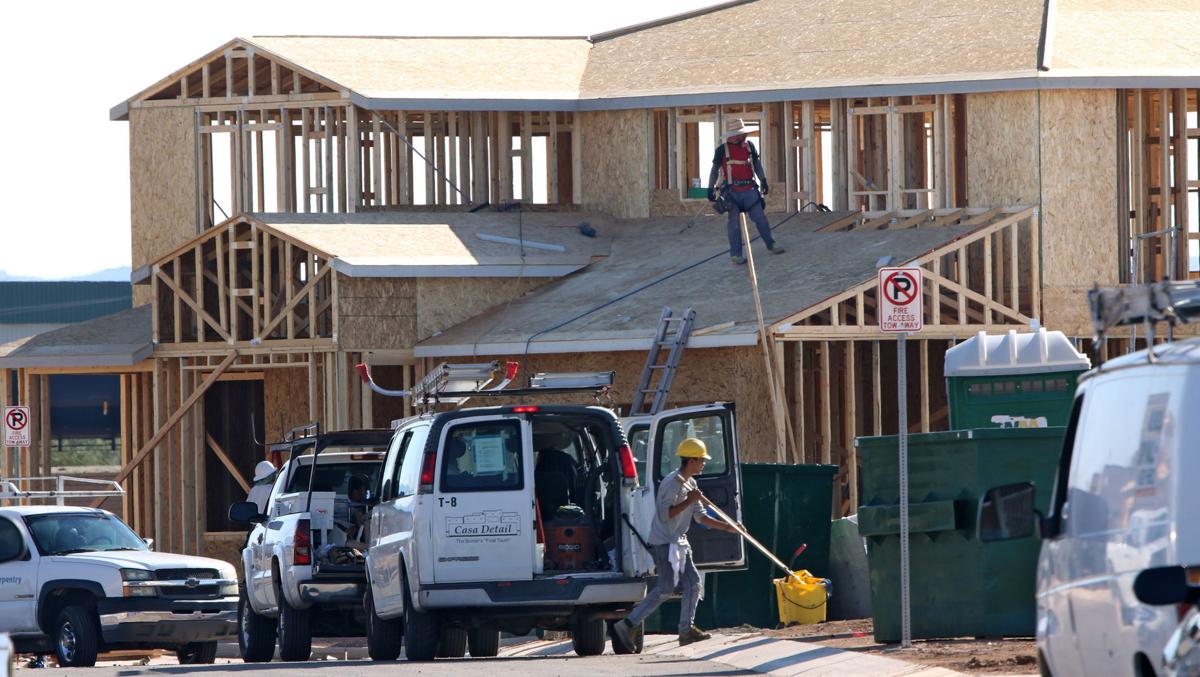 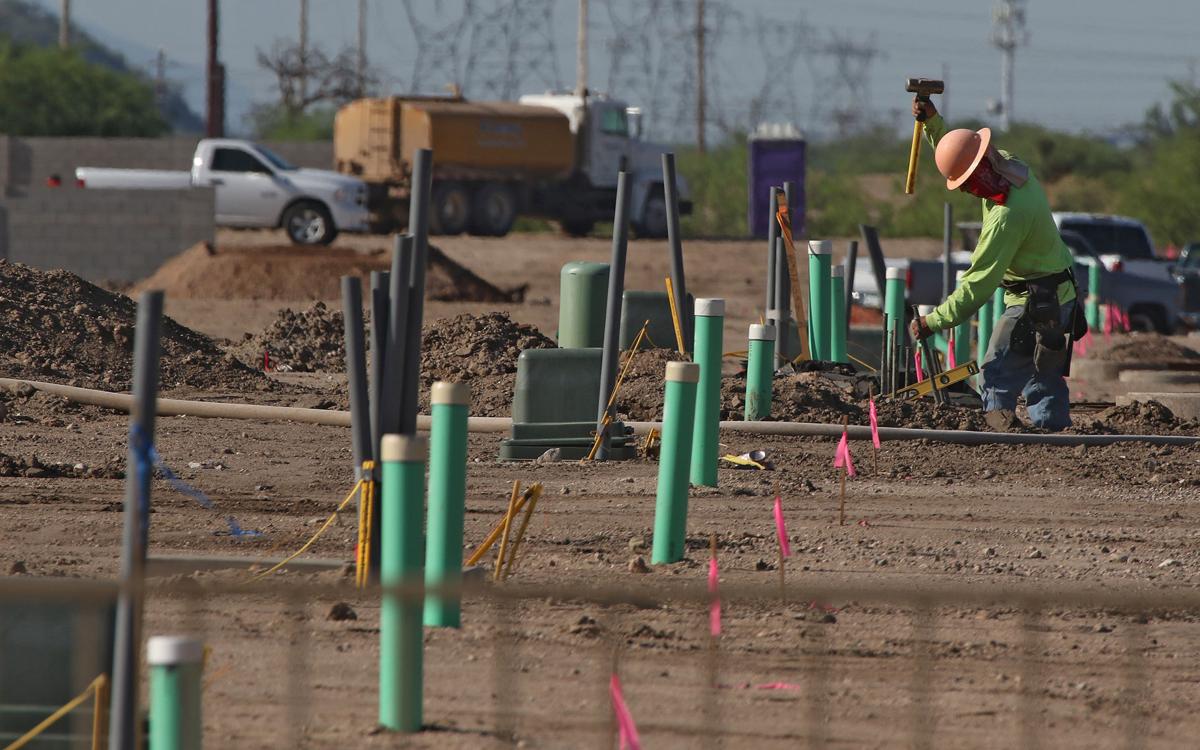 KB Home is building an infill community along West Irvington Road, west of the Santa Cruz River in Tucson on July 19, 2016. The community is expected to have one and two-story homes built on the property. 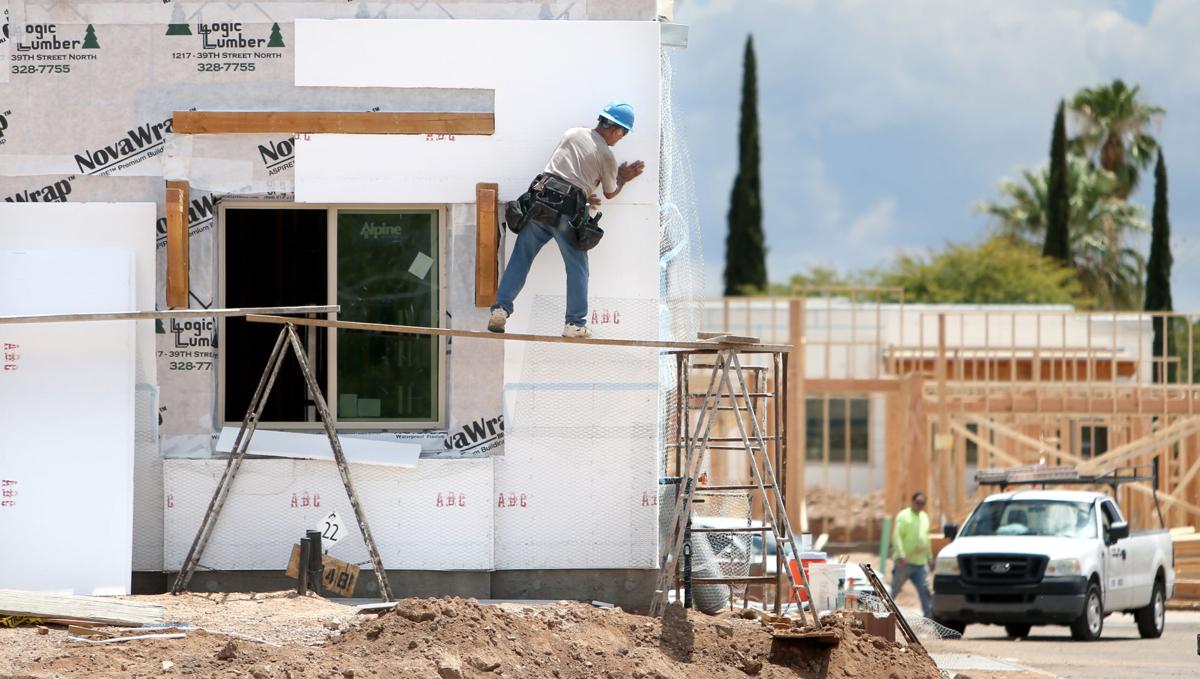 The Schoolyard is a project of Pepper Viner Homes. Fifty-six homes are going up at the former site of east-side Wrightstown Elementary School, which was closed by Tucson Unified School District in 2010. The three- and four-bedroom residences start at $229,900.

Fueled by better-than-expected job growth, falling foreclosures and rising new-home sales, the first half of 2016 produced a long-unseen stability in the local housing market.

And while no one is ready to uncork any champagne, industry observers say the improvement in the first six months of this year is cause for cautious optimism.

Especially promising, he said, is the volume of sales in the $200,000 to $299,000 range — about 26 percent of total sales — which indicates move-up sales for homeowners previously stuck.

“I’m very cautious because we’re not completely out of the woods yet,” Gibbs said, “but we’ve had a positive six months — in fact, the best first half since the crash.”

In the first six months of the year, 1,051 permits for new homes were issued — an increase of more than 25 percent compared to the first half of 2015, when 892 permits were issued.

Foreclosures were down to 937 in the first half of 2016, the lowest level since 2007. It’s a major drop from the peak year of 2011, when 4,001 homes were foreclosed in the first six months, data from the Pima County Recorder’s Office show.

Those staggering foreclosure rates contributed to the market slump as sellers of nondistressed homes had to compete with the rock-bottom sale prices of homes that were sold at auction.

The health of the housing market is critical to Tucson.

“A healthy homebuilding sector and housing market is important for our community because it signals our economy is moving in the right direction,” said David Godlewski, president of the Southern Arizona Home Builders Association. “Plus, new homes means more new jobs and more revenue to local jurisdictions to invest in parks, roads and public safety.”

The confidence in the housing market is directly tied to job recovery, said Ginger Kneup, a housing analyst.

The Tucson metropolitan area averaged 2.8 percent growth in the first three months of 2016, which could mean 10,400 additional jobs this year, data from the University of Arizona’s Eller College of Management show.

“Tucson has performed well ahead of national employment growth rates in 2016,” said Kneup, owner of Bright Future Real Estate Research LLC. “I will breathe a sigh of relief when there is evidence that we, as a community, can sustain this level of job creation over the long haul.”

The highest job growth has been in education and health services, financial services, and professional and business services. There has also been some growth in the government, manufacturing, and leisure and hospitality sectors, Eller data show.

Big employer announcements such as Comcast and Caterpillar Inc. have fueled optimism because they bring attention to Tucson.

“It gives us credibility and brings in the affiliated industries,” Kneup said. “And, we do a good job of incubating those businesses.”

Another positive is the number of infill projects local builders have developed on empty lots and on former school sites.

“The opportunities to own a new home in central Tucson have been few and far between in the last 10 years,” Kneup said. “I believe that these infill projects have brought buyers out of the rental market as well as lured them from existing homes into newly built homes.

“Even though the raw numbers for these projects are comparatively small, they are highly significant as part of a well-rounded housing market with many buyer options.”

The largest number of permits issued in June was 23 for Meritage Homes’ La Estancia community near Interstate 10 and Wilmot Road.

Other builders in the top five were for communities outside the city limits, data from the Southern Arizona Housing Market Letter show.

As good as it seems, challenges still linger.

“We’re still having issues with inventory; every month we’re declining in listing as some folks are still underwater or at break-even points and can’t move yet,” Gibbs said.

There were 4,175 actively listed single-family homes at the end of June, down 17 percent from June of 2015, numbers from the Multiple Listing Service show.

“What would make me feel comfortable is when we start to see resale inventory rise,” Gibbs said. “Homes that were bought in 2006, 2007 and 2008 — then we’ll know people are coming out of the hole.”

Still, 2016 does present hope — and even pessimists are tired of being pessimistic.

“Recovery is a long process,” Kneup said. “The housing market won’t be fully recovered until the level of distress drops below 5 percent, as it was in the early 2000s.”

Foreclosure sales are about 11.5 percent of all home sales, recorder’s numbers show.

“Everyone is still cautious, but we’re all tired of being cautious,” Kneup said, “and tired of saying, ‘Yes, it was a good month, but we’ll see what happens next month.’”

Tucson school to be razed for new housing community

Most expensive Tucson homes sold in 2015

The Schoolyard community will have 56 single and two-story homes and a pocket park.

Local sales of single-family homes fell 15 percent in July compared to June and dropped below 2015 levels for the first time this year.

Several other projects are moving ahead in the area.

With a 55-percent year-over-year increase in November, permits for new-home construction are on pace to meet or beat forecasts.

KB Home is building an infill community along West Irvington Road, west of the Santa Cruz River in Tucson on July 19, 2016. The community is expected to have one and two-story homes built on the property.

The Schoolyard is a project of Pepper Viner Homes. Fifty-six homes are going up at the former site of east-side Wrightstown Elementary School, which was closed by Tucson Unified School District in 2010. The three- and four-bedroom residences start at $229,900. 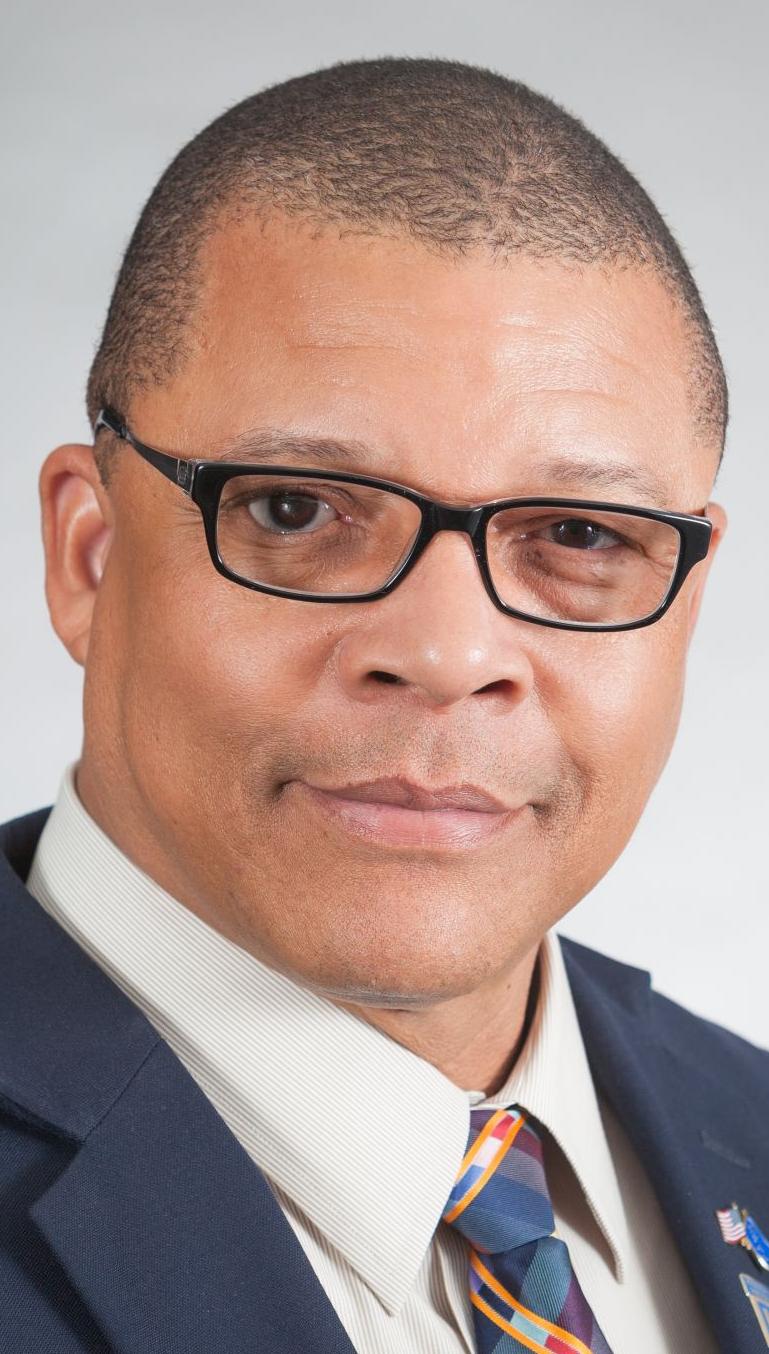