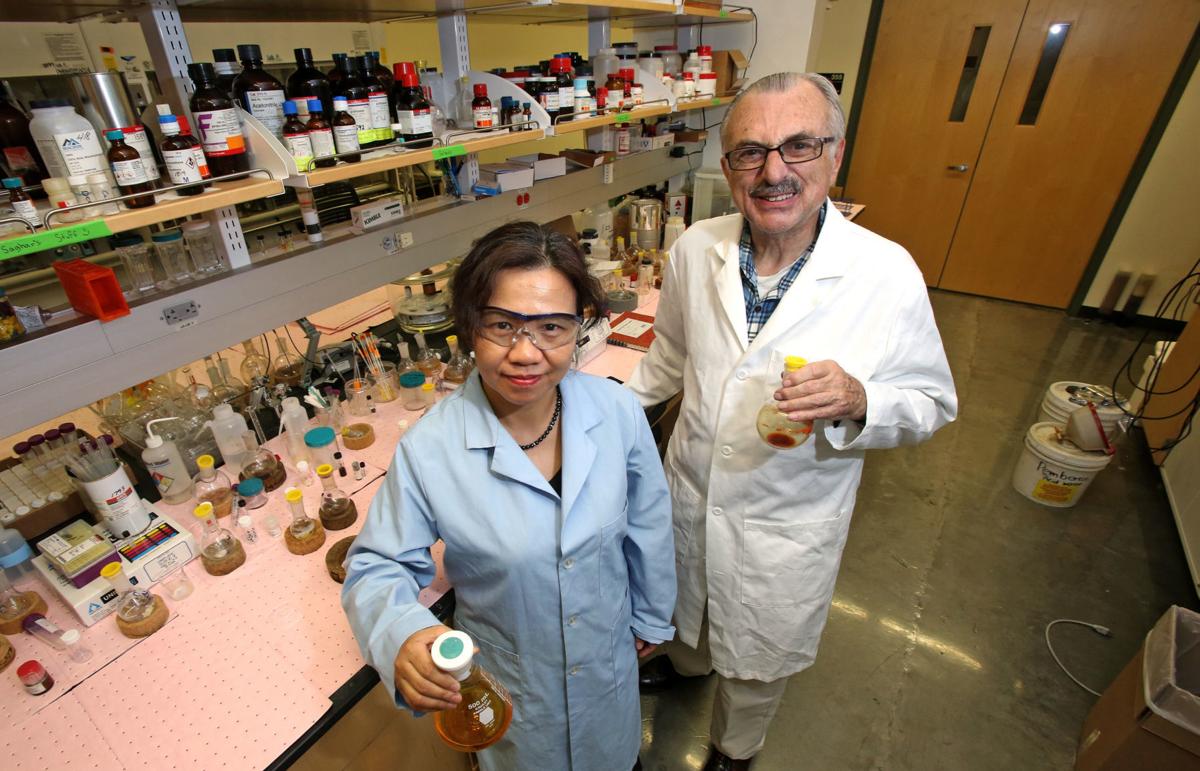 University of Arizona professors Minying Cai and Victor Hruby have worked together on drugs to prevent skin cancer and relieve acute depression. 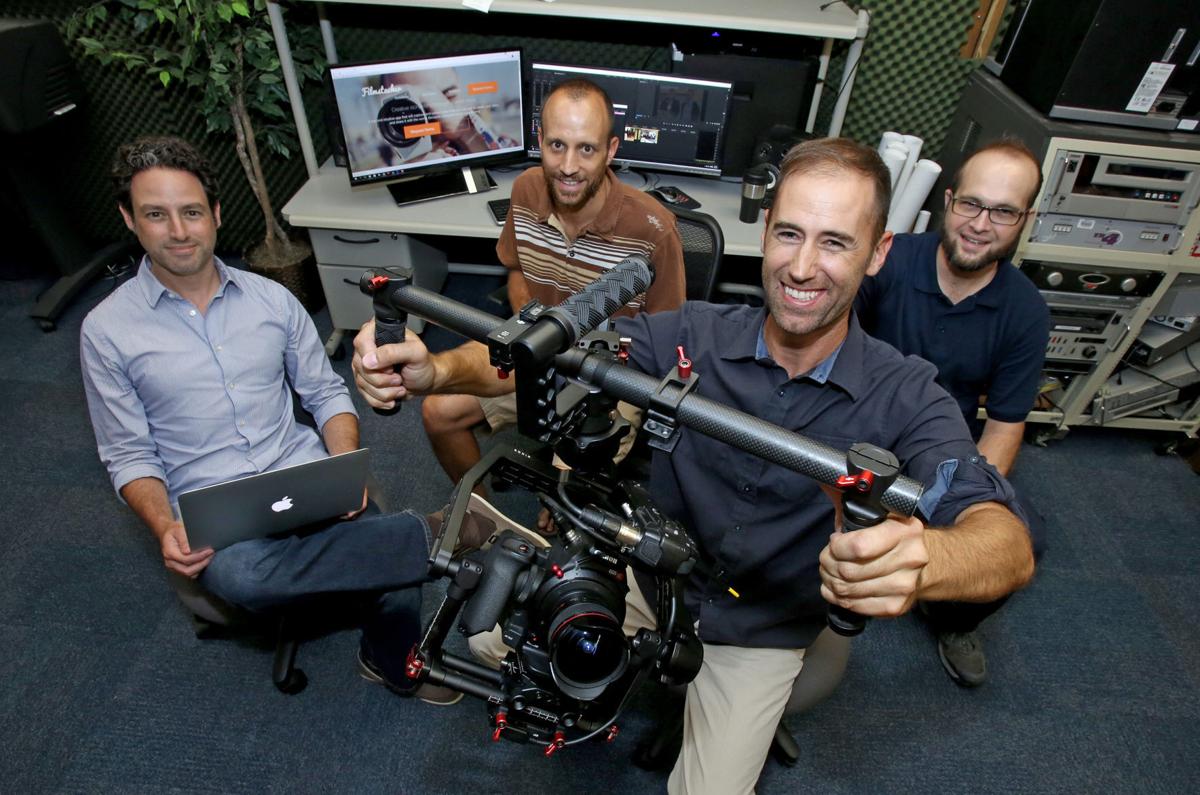 Filmstacker co-founder Cody Sheehy, center, holds a camera while with Matt Rahr, left, J.D. Gibbs, second left, and Craig Boesewetter all of which work at the University of Arizona in Tucson, on August 10, 2016. Filmstacker is a social media and video platform for discussing, creating and sharing mini-documentaries.

The University of Arizona’s efforts to bring faculty inventions to the marketplace bore more fruit in fiscal year ’16, as the university posted strong growth in inventions, patents and licensing.

Tech Launch Arizona, the UA’s tech-commercialization arm, reported improvement across almost all measures, including a nearly 40 percent increase in patents filed and double-digit increases in disclosures and licensing.

Allen said he’s especially pleased with a jump in the number of invention disclosures — the initial faculty filings of new discoveries that kick off the technology transfer process.

UA faculty members filed 250 invention disclosures in the fiscal year that ended June 30, up from 213 in 2015, according to figures TLA released ahead of issuing its annual report later this month.

“That’s a lot of raw material to work with,” said Allen, who was lured from the University of Colorado in 2012 to pump up the UA’s technology transfer program.

The UA also filed for 278 patents in faculty inventions, up from 200 in fiscal 2015, and executed 97 options and licenses, up from 83 in 2015. Revenue from licensing UA inventions was just over $2 million, up about 25 percent from fiscal 2015. (NOTE: On Oct. 6, Tech Launch issued a correction to its data, reducing the number of options and licenses to 95. The error was due to a misclassification of two contracts, TLA said.)

Allen said TLA has refined its services to create a “broader and deeper” process to help faculty inventors, adding dedicated staff and a growing network of advisers.

This year, TLA started a “mentor-in-residence” program and retooled some programs, including broadening the focus of its proof-of-concept funding program to create an “asset development program” encompassing product development efforts as well as proof of concept.

TLA is now focusing on expanding its nationwide network of business advisers and potential development partners, Allen said, noting that last year the agency also developed a system to track and manage those contacts.

This year, TLA was selected as a site for the National Science Foundation’s I-Corps program, which provides individual project grants up to $2,250 to help tech entrepreneurs identify potential customers.

The agency brings in advisers early in the startup process, to help at every step of development, Allen said.

The tech-transfer agency has begun enlisting help from UA alumni across the West to advance UA technologies and startups, working with the UA Alumni Association.

“It’s all about quality, and we’re trying to infuse more and higher-experienced advisers and mentors and business leadership into these opportunities,” Allen said. “You do that, when you have higher quality entrepreneurial management in startups, you’re more likely to attract capital.”

While Tucson is home to an active group of so-called “angel” investors who provide seed money to local startups, Arizona and Tucson in particular are lacking venture-capital funds that can take companies to the next level.

“This is tough in Tucson — we know Tucson is a flyover community for venture capital, and we’re trying to dig down and work with all those different sources and show them this is a place they should be looking for investments,” Allen said.

Money to sustain the tech-commercialization effort is another issue.

Tech Launch Arizona had a budget of about $6 million last year, funded by the university as well as by the state’s Technology and Research Initiative Fund, or TRIF, which comes from part of state sales-tax revenues.

Allen said TLA spends about $2 million to secure UA intellectual property though patenting and other methods, $1.1 million on asset development and nearly $3 million on personnel.

The revenue generated by license revenue doesn’t come close to covering those costs. According to a 2014 study by the Brookings Institution, nearly 90 percent of all universities operated their tech-transfer programs in the red over a 20-year period.

Like other schools, the UA considers technology commercialization an extension of its research mission, and a driver for the local and state economies.

Though UA’s tech-transfer results have improved, Allen said TLA will be challenged to sustain a high level of tech-transfer activity “in an increasingly austere financial environment for UA.”

With the right people and financial support for tech transfer, the UA has an opportunity to become an even bigger economic driver, he said.

“I think we have shown that realization of that opportunity doesn’t occur by happenstance or without expense, but that positive progress can be made in a relatively short timeframe,” Allen said.

While other major research universities have bigger tech-transfer budgets, the UA appears to punch a little above its weight or, at least, does more with less.

In a comparison of 2014 data with 11 other “peer” schools, the UA lagged in invention disclosures and patents but had more startups and a higher percentage of exclusive licenses and options per $10 million of sponsored research, with less than half the average tech-transfer staff. Allen expects those comparative numbers to improve as more recent data becomes available.

Tech Launch Arizona helped form 14 startup companies based on UA inventions in fiscal 2016, up from a dozen in the prior year. The include six biotech drug companies, two companies working on metal technologies, an optics company and a social-media platform for documentary filmmakers.

The agency’s comprehensive tech-transfer program is a major help to novice faculty entrepreneurs, said Dominic Gervasio, a professor in the department of Chemical and Environmental Engineering and inventor on of two startups last year.

Caltrode LLC and MetOxs Electrochemicals LLC grew out of research that Gervasio’s lab performed on advanced energy-transfer fluids for the U.S. Department of Energy.

Caltrode was launched to commercialize a patent-pending technology to quickly measure the corrosion in metal components such as tubes that carry molten salts used in power generation. The company already is working with a manufacturer, Gervasio said.

While studying corrosion, Gervasio and his team discovered a new method to extract metals from ore or other base materials, generating interest from the mining industry and leading to the formation of MetOxs Electrochemicals.

Gervasio, who had worked with one startup but had never started his own, credits TLA with helping him through the complicated startup process.

“I knew nothing about all this business stuff — I’m a technical guy — and they gave us a lot of good guidance,” Gervasio said, who praised TLA licensing manager Bob Sleeper for helping him sort out the financial and legal issues.

UA chemistry professor Victor Hruby, a longtime UA faculty entrepreneur, said TLA’s process is a marked improvement over the university’s prior tech-transfer program, which he said was daunting to faculty members.

Hruby, 77, has been involved in several drug startups including Selectide, a predecessor to French drug giant Sanofi’s research center in Oro Valley.

He is co-inventor with research professor Minying Cai on the 2016 startup Ahku Therapeutics Inc., which is developing a new drug technology to relieve acute depression and related disorders.

The 14 startup companies that licensed UA technology in fiscal 2016, their technology and inventors:

Commercializing university technologies has not always been popular, or even legal, in Arizona.

In 1985, University of Arizona pathology professor Thomas Grogan risked running afoul of conflict-of-interest laws as a state employee when he licensed a company to commercialize his invention of an automated medical slide-staining instrument.

With the help of then-UA president Henry Koffler, the law was changed. Grogan’s company, Ventana Medical Systems in Oro Valley, became an industry leader and was acquired by Swiss drug giant Roche in 2008 for $3.4 billion. The company has continued to grow, employing nearly 1,300 people at the start of 2016.

Lens maker will use larger quarters on East Grant Road, partly to accommodate a new research and development group.

University of Arizona's Eller College moves up in biz-school rankings

It cracks the top 10 for public undergrad schools.

UA lagging behind peers in efforts to bring inventions to market

Despite weaknesses, the university is doing more with fewer resources.

University of Arizona professors Minying Cai and Victor Hruby have worked together on drugs to prevent skin cancer and relieve acute depression.

Filmstacker co-founder Cody Sheehy, center, holds a camera while with Matt Rahr, left, J.D. Gibbs, second left, and Craig Boesewetter all of which work at the University of Arizona in Tucson, on August 10, 2016. Filmstacker is a social media and video platform for discussing, creating and sharing mini-documentaries. 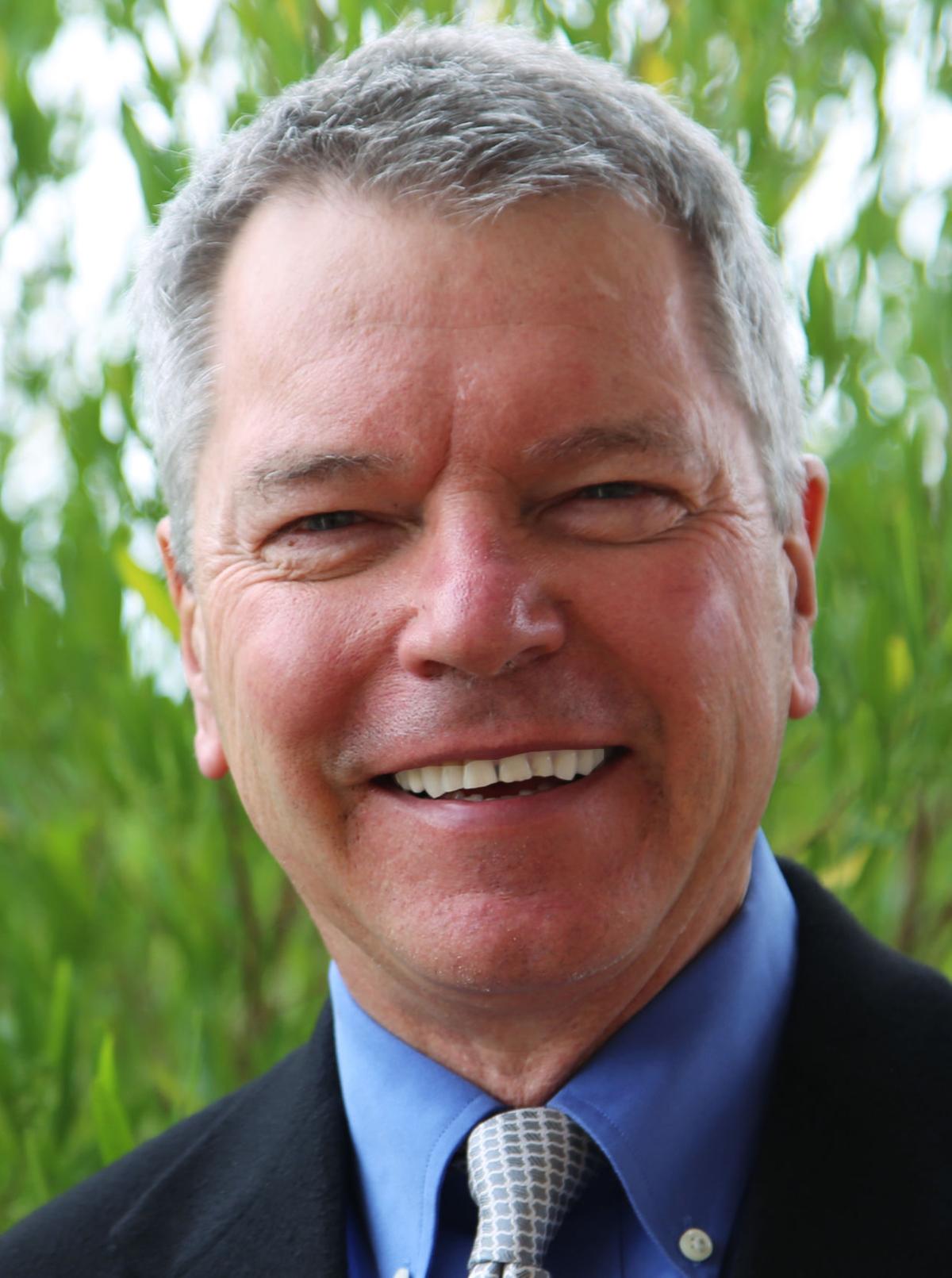