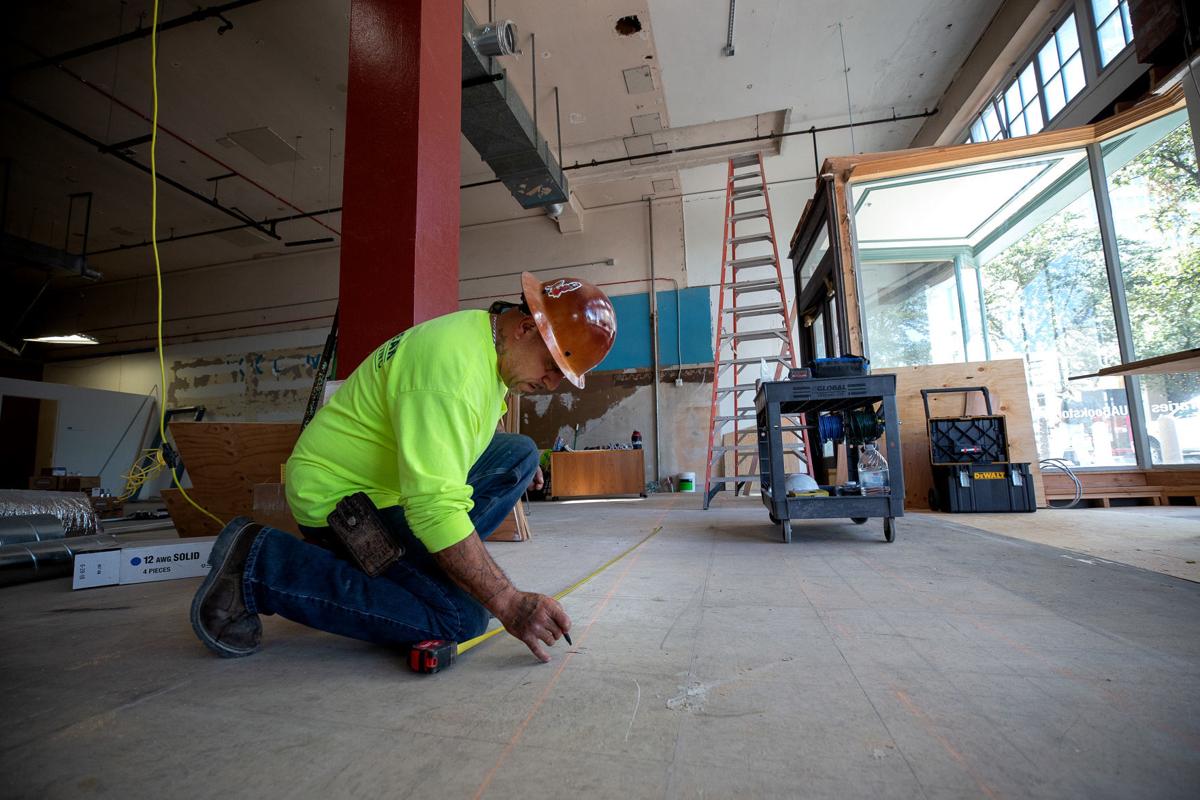 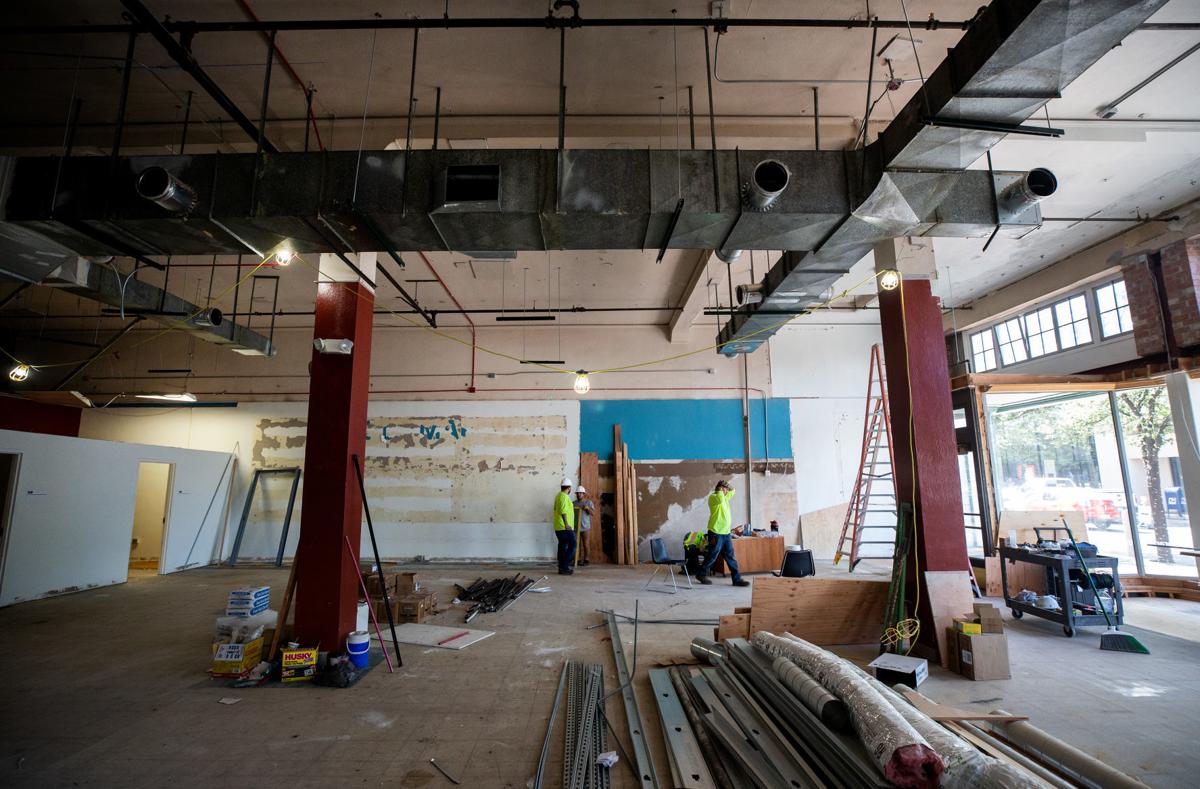 The Arizona Forge Business Innovation Hub aims to bridge the worlds of entrepreneurship, academia and corporate innovation — all under one roof. 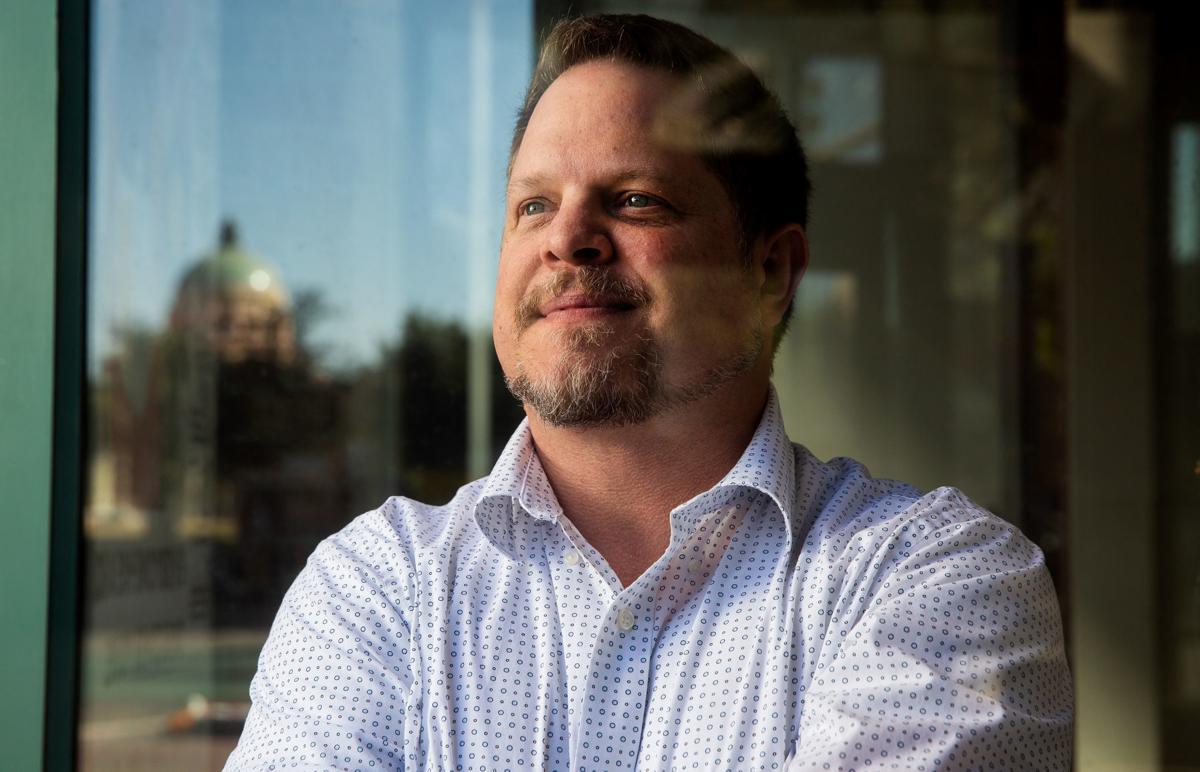 Brian Ellerman, the director of Arizona Forge, said the business incubator will focus on startups related to food, water and energy sustainability, as well as digital health advances.

The University of Arizona’s nascent Arizona Forge has been called a business incubator, but it will be much more than that when it opens in February at the historic Roy Place Building downtown.

The building at 44 N. Stone Ave. — formally known as the Arizona Forge Business Innovation Hub — will serve as a nexus between UA students and faculty, startup founders and corporate innovators, fronted by the nonprofit entrepreneurship group Startup Tucson.

“It does have incubation, but it also has corporate innovation and it has experiential education — it’s kind of borrowing from a lot of different best practices,” said Brian Ellerman, leader of Arizona Forge and a longtime entrepreneur and expert in medical information technology.

During a recent tour of the building in the late stages of a roughly $2 million renovation project, Ellerman showed Arizona Forge’s second-floor space, featuring an open main room created by knocking out several walls.

“I spent a lot of my corporate life traveling and seeing incubators around the world and how they worked,” said Ellerman a UA alumnus whose resume includes 15 years managing digital health initiatives at the Sanofi drug-development center in Oro Valley and deep experience in startups.

“And some of it is corporate innovation, which I led, and some of it is the experiential education — how you put students in the middle of it, literally in the crossfire between startups and companies and have them be able to both work on projects for the companies or intern with the startups.”

Startup Tucson will occupy the first floor of the 24,000-square-foot building and become the community-facing component of the Arizona Forge Business Innovation Hub, welcoming students and nonstudent community members to a large community workspace.

The main public entrance on Stone Avenue will feature an open event and community workspace with adjacent private offices and meeting spaces and a café area, with a 150-seat classroom in the back.

“Our role is to help the space remain accessible to the community,” Startup Tucson CEO Liz Pocock said. “The goal is really to create this kind of buzzy hub that is a beacon for where entrepreneurship can happen.”

It’s also a welcome home for Startup Tucson, which has been retooling since losing a major Small Business Administration grant and its space, including the CoLab co-working space at the Pioneer Building across from Roy Place, a couple of years ago.

Besides managing the community space and serving as an open door to the larger community, Ellerman said Startup Tucson will help vet and train startup founders in the early stages, before they are ready for Arizona Forge’s programs.

Entrepreneurs in the very early, idea stages also may be sent across the street to Idea+Space, a program of the Pima County Public Library that offers business research and planning and workshops at the Joel Valdez Main Library, Ellerman said.

With Arizona Forge offering resources, including office space and professional help valued at more than $50,000 annually, Ellerman says applicants must be well-positioned to join the program.

“We can’t give that to everybody. We have to be very selective. So we’re leaning heavily on Startup Tucson to help filter that and make sure everyone who comes through really has those business fundamentals,” Ellerman said.

Arizona Forge is now accepting applications for its inaugural class of incubation clients through its Accelerated Entry Program. The deadline is Dec. 1.

The program at Roy Place is focused on startups related to food, water and energy sustainability, and digital health advances in areas such as telemedicine and wearable medical devices.

Ellerman said plans are in the works for other, smaller Arizona Forge sites that would focus on other industry sectors.

A dozen applicants will be picked to form an initial cohort to work on their ideas with mentors and each other, and under a unique model the applicants will judge and choose the top four startups that will become Forge incubator clients for up to three years, Ellerman said.

That process will be repeated three times a year, though after the initial cohort of four, only two from each group of 12 finalists will earn incubator spots, he said.

Besides Startup Tucson, major partners with Arizona Forge include Pima County, which owns the Roy Place Building; and El Rio Health, which is working to develop a health and wellness area with a fitness center in a well-windowed corner front area that used to house a UA Bookstore.

Meanwhile, Startup Tucson is poised for renewed growth after finding a new home and winning a $50,000 federal grant, Pocock said.

The organization, which until recently had Pocock as its only remaining paid staffer, has been housed at the offices of UAVenture Capital, a venture-captial fund led by local businessman and UA alum Fletcher McCusker, who is also helping to fund the Arizona Forge buildout.

Startup Tucson won’t pay rent as part of its partnership with Arizona Forge and won’t have any traditional co-working space, Pocock said.

Pocock said Startup Tucson’s board recently agreed to lower program participant fees and focus on diversifying the group’s funding sources, noting that the loss of a major funding course a couple of years ago was a big setback.

“We don’t want to be put in the position again — that was over two-thirds of our funding, so when we lost it, it was a big thing for the organization to figure out how to move forward,” Pocock said.

TEP's "Pricing Planner" can help you spot potential savings but may not tell the whole story.

The longtime business data provider was acquired by private investors in February.

Despite the loss of funding, the group is planning to expand offerings.

The proposed rates would boost the average home bill by about 13%, or by $4.75 a month to $40.91, to cover increased costs and system improvements.

Let these immigration stories put you into someone else's shoes

Put yourself in someone else’s shoes by reading about what the characters in these novels experience when they immigrate to a new country.

The Arizona Forge Business Innovation Hub aims to bridge the worlds of entrepreneurship, academia and corporate innovation — all under one roof.

Brian Ellerman, the director of Arizona Forge, said the business incubator will focus on startups related to food, water and energy sustainability, as well as digital health advances.