The University of Arizona’s 16-year-old technology business incubator has a new name, new leadership and some new partners as it plans to expand its reach.

Founded by the UA in 2003 as the Arizona Center for Innovation, the incubator has helped more than 100 tech-focused startups at the UA Tech Park on South Rita Road.

Now, the incubator has changed its name to the University of Arizona Center for Innovation (UACI) as part of several moves to strengthen ties with the university.

At the same time, the retooled UACI is extending its regional impact with planned collaborative “outpost” operations in Oro Valley, Sahuarita and Vail — and even looking beyond Pima County to serve the Yuma and Sierra Vista areas.

Visible signs of the UA incubator’s new outreach will show up in September, when the UA will break ground on a UACI outpost to support the Oro Valley Innovation Labs, a nascent life-sciences incubator.

Leading the charge are Carol Stewart, a former Canadian university tech-park chief who became associate vice president of Tech Parks Arizona in January, and Eric Smith, who was named executive director of the UACI last month.

After a nationwide search, Stewart said she found the right point man for the restructuring effort in Smith, who managed a commercialization partner network for Tech Launch Arizona (TLA), the school’s technology-transfer arm.

“Obviously, having a really tight-knit relationship with Tech Launch Arizona and the UA Center for Innovation is really important moving forward,” said Stewart, who also serves as president of UACI.

“I think it’s a healthy relationship right now, but I think it could be even stronger.”

A 2012 graduate of the UA’s McGuire Center for entrepreneurship, the 30-year-old Smith ran his own local entertainment events company before joining a local technology development firm, Aztera LLC, in 2013.

While at Aztera, Smith worked with several tech companies, including Instant Bioscan, which was acquired by instrument maker Mettler Toledo in 2016, and SunSweep, a maker of cleaning systems for solar panels.

He began working with TLA when Aztera was chosen to represent the city of Tucson in its commercialization efforts with the UA.

In 2016, he was hired as manager of Tech Launch Arizona’s commercialization network, which now consists of about 1,600 technology and business leaders, many of them UA alumni, who are called on as advisors, mentors and in some cases, executives of TLA startups.

Smith was chosen to head UACI after a search that drew more than 100 candidates, Stewart said.

“Eric really came in with some strong views about moving forward with the incubator and the potential,” she said.

Smith has been charged with boosting the pipeline of business spinoffs from the UA, which already has gone from a trickle to a flow since Tech Launch Arizona was founded in 2012. About 80 startup companies have been spun out of the UA through Tech Launch Arizona.

The agency revitalized the UA’s technology-transfer efforts with a combination of faculty outreach and hands-on mentoring, boosting the numbers of faculty invention disclosures, patents and business startups every year since its inception.

“They’re really kind of that first step for students, researchers and faculty, and my vision is to create a really strong continuum within Tucson, and TLA is a key part of that,” Stewart said.

Smith said the UA Tech Park and its incubator have become linchpins of the local entrepreneurial “ecosystem” that still holds unlocked potential.

“Tucson has incredible potential based on the emerging leaders we have here, the people who are operating or running companies, it is absolutely mind-boggling what they’ve accomplished,” Smith said.

Stewart, who founded the first business incubator at the University of Waterloo in Ontario, Canada, in 2006, said the Arizona Center for Innovation was perhaps a bit ahead of its time when it was founded in 2003 and suffered some fits and starts.

“It really was the pioneer in creating programs for startups in Tucson, and from what I understand there were a lot of pivots, lots of learning, just like a startup,” she said, noting that UACI is the state’s oldest incubator.

About half of the 120 companies that have gone through the UACI programs are still going, which is about the national average, Stewart said, noting that only about 17% of startups without the help of an incubator succeed.

Only about a third of UACI companies have been direct spinoffs by UA faculty or students, Stewart said, though some have other links to the school. The UA has invested about $5 million in the incubator since its inception.

Mario Blanco, a chemist and longtime inventor who spent more than 15 years managing industrial collaborations at the California Institute of Technology, decided to launch his startup, Nanopec Inc., in Tucson because of very high costs in California.

Blanco said he looked at Tucson because his wife graduated from the UA and has family here, and he found the Old Pueblo attractive because of its low cost of living and supportive entrepreneurial ecosystem, as well as its scenic beauty.

The company, which moved to the UACI at the Tech Park in 2017, is developing a patent-pending line of nontoxic ceramics for use in ultra-fine filters for drug manufacturing and lab-grown tissue.

“Carol Stewart is an amazing leader and knows what it takes to create an innovative environment,” Blanco said. “There’s an amazing support system here at the center, and we’re happy to stay here and continue our success.”

Beyond Tucson, the new UACI plans to spread its impact with the new outpost in Oro Valley, as well as similar partnerships in Vail and in Sahuarita, where the UA recently ran an eight-week entrepreneurial program with seven startup companies with funding from Freeport McMoRan Inc.

The UA also is planning a new building at the UA Tech Park at The Bridges, at 36th Street and Kino Parkway, which is also expected to house TLA offices and incubator space, and the Arizona Forge, a new UA business incubator, is planning to open downtown by December.

“People are going to self-select where they want to go, based on assets, based on programming and based on geography,” Stewart said. “We’re all part of the UA system.”

Program partners will continue to include Startup Tucson, which runs a range of entrepreneurship programs including IdeaFunding, which teaches startups how to raise critical funding, and the TenWest technology and culture festival.

The UACI also is looking to set up outposts in rural areas such as Sierra Vista and Yuma.

“Each one of those areas have their own strengths, so it’s about finding the funding and partnering with the right entities to enhance what they already have,” he said.

Stewart and Smith said they see the UACI widening reach as complementing, not competing, with other local startup resources.

“I’m a believer in the mutual-growth model,” Smith said. “The university has a big part to play in our innovation ecosystem. However, the ecosystem is growing around us and outside of us as well, so it’s really important for us to work together.”

Current clients of the University of Arizona Center for Innovation (year joined): 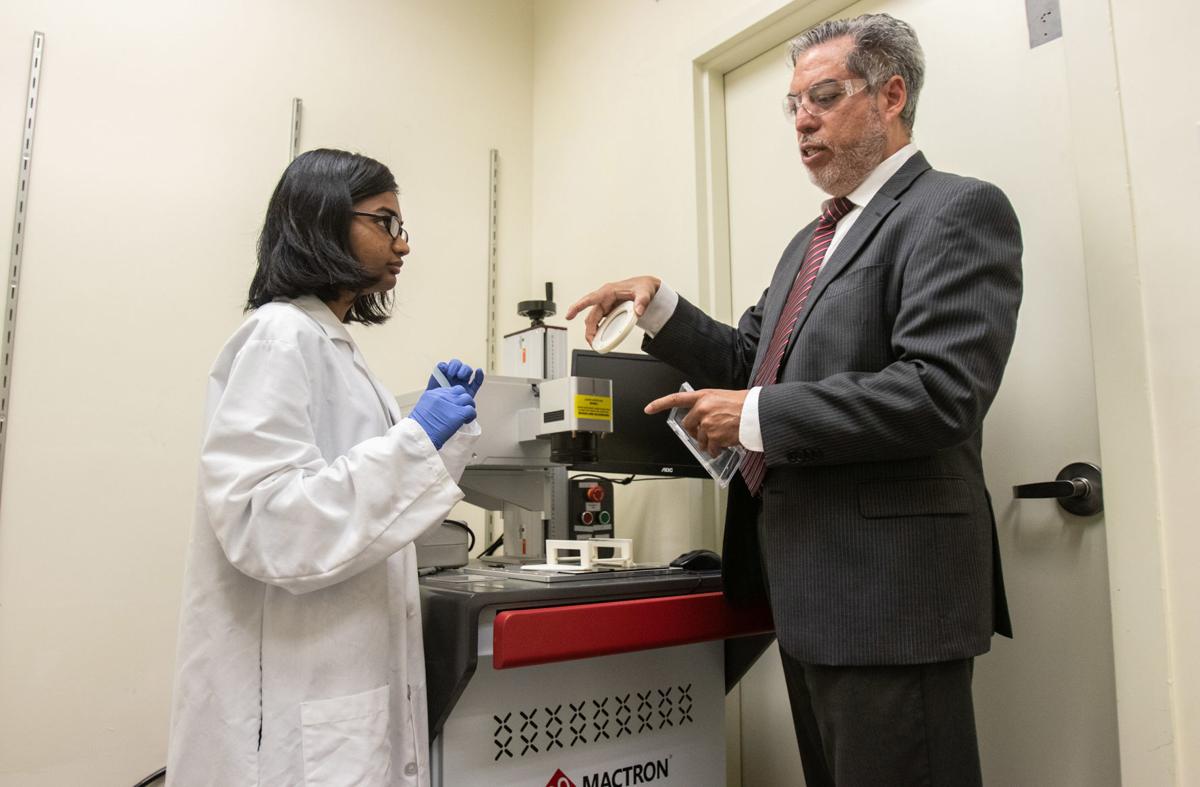 Mario Blanco, whose company is developing a line of nontoxic ceramics for medical use, moved his firm to the UA’s Tech Park in 2017. “There’s an amazing support system here at the (UACI), and we’re happy to stay here and continue our success.” 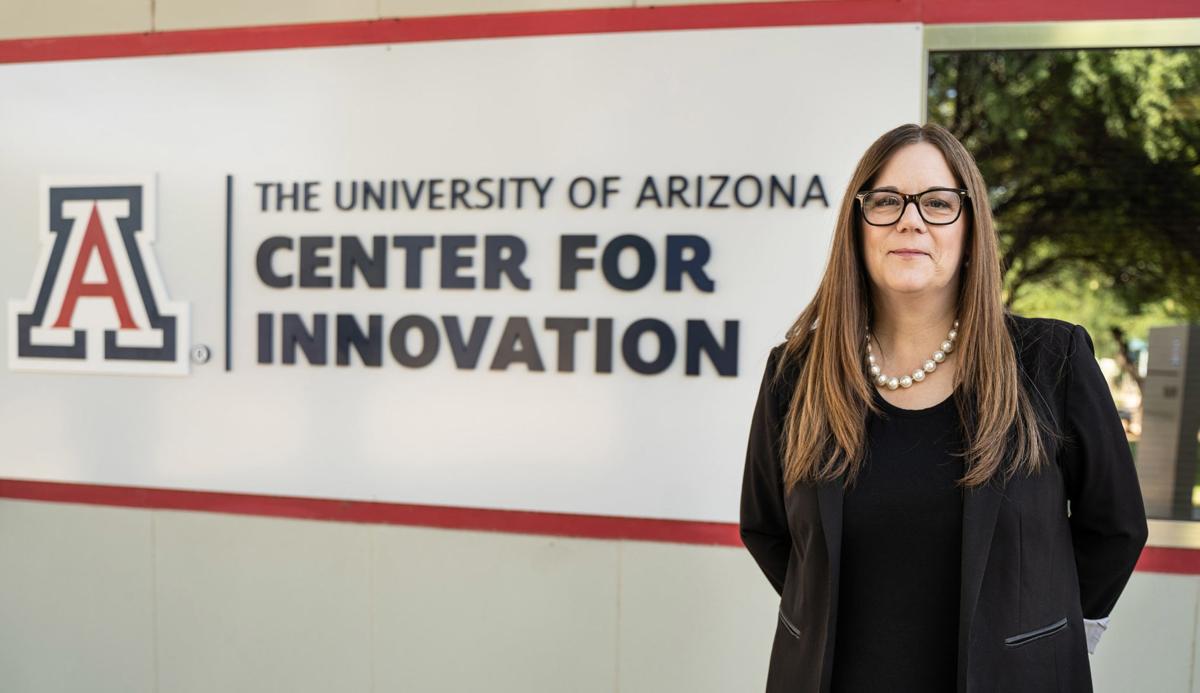 Carol Stewart, who became associate vice president of Tech Parks Arizona in January, is working to expand the park and boost the University of Arizona Center for Innovation. 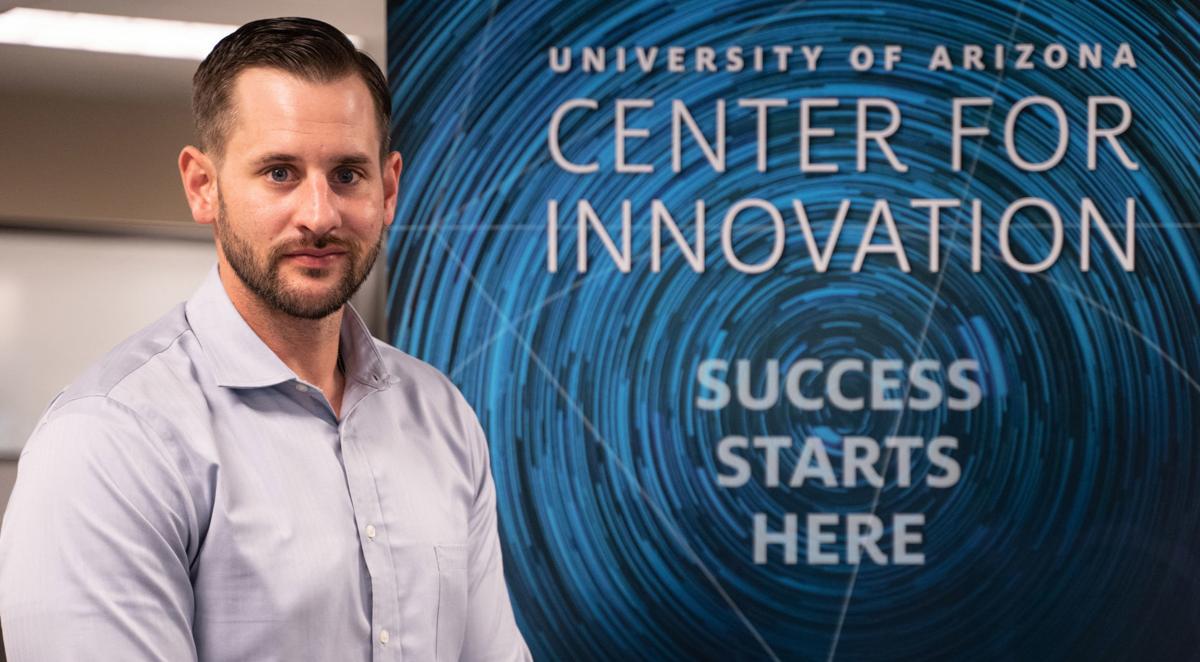