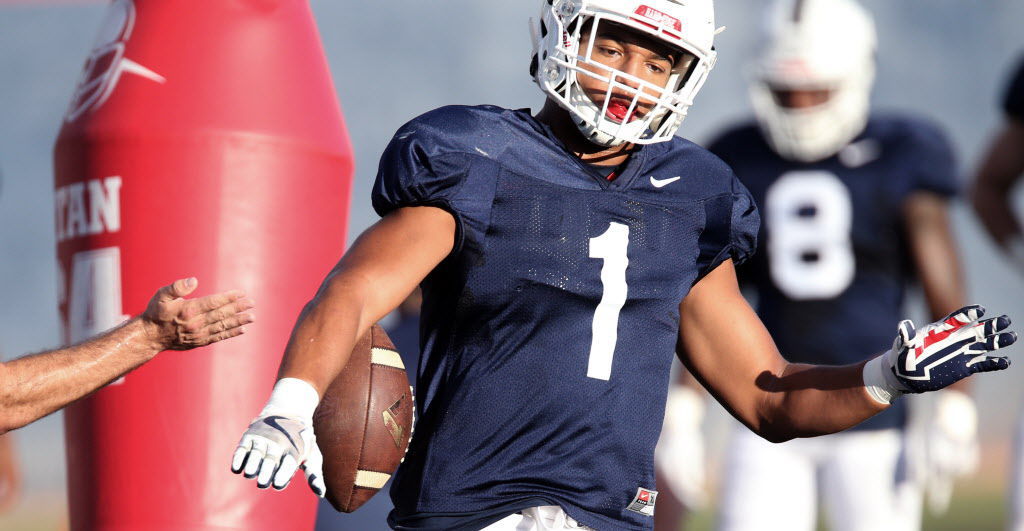 Freshman linebacker Tony Fields II already considers himself a veteran. “Now that I know what to expect every day, ... I have the upper hand on everybody in my class,” he said. 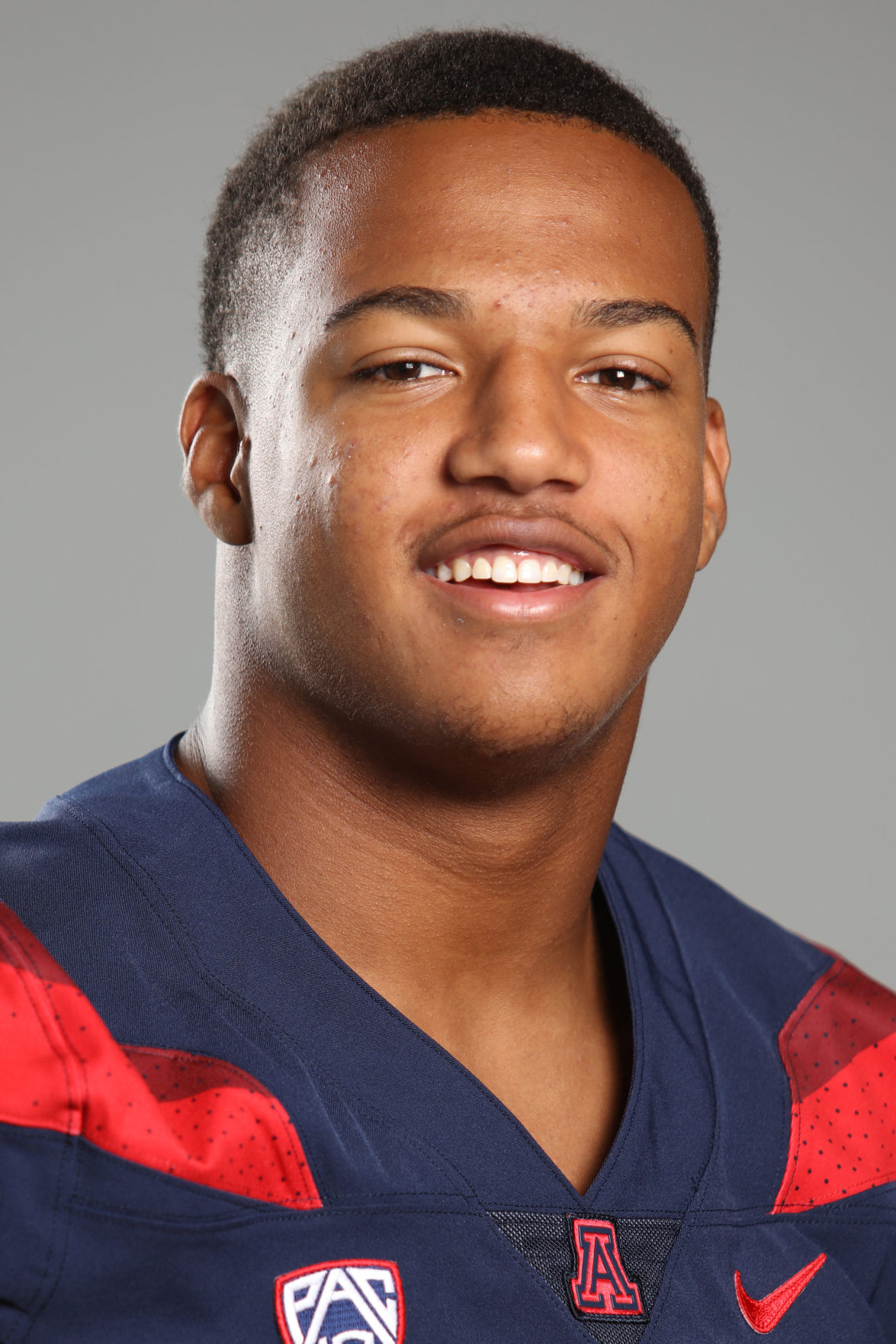 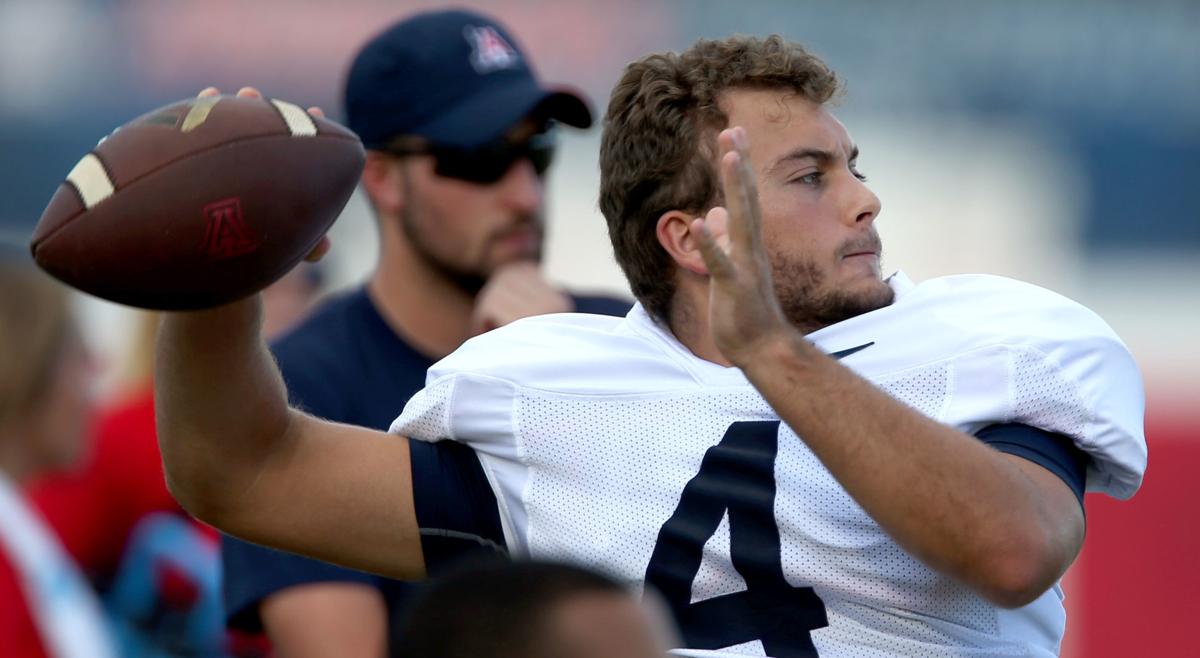 Freshman quarterback Rhett Rodriguez could figure into the Wildcats’ depth chart this season. Coach Rich Rodriguez said he wants to have three guys ready to play the position.

Rich Rodriguez first floated the idea of a full-blown youth movement at last month’s Pac-12 Media Days. He was especially high on his class of newcomers, saying that “there’s probably 20 of them that will play this year.”

Even though the Wildcats dealt with a wave of decommitments leading up to national signing day, Rodriguez still labeled this 2017 class as, potentially, the best since he was hired at Arizona five years ago.

Whether that part of it comes to fruition won’t be decided for a while, and probably not even this season.

That part about the 20 players playing right away? Rodriguez might not have been too far off, if the early days of training camp are any indication. Most of those 20 newcomers are true freshmen; others include transfers like junior college defensive lineman Dereck Boles.

Rodriguez says his team includes 50 newcomers. That he thinks 20 could play is notable.

The youth movement should push Arizona’s returners, if nothing else.

“No question,” Rodriguez said. “You can talk about competition all you want, but the guys really know it. They can look around and say, ‘Oh, if I don’t step up my game, I may not be playing much.’ What we try to do is create true competition at every position. We’re getting closer to that.”

Rodriguez is never one to laud specific players, particularly early in fall camp. His tone is different this year, however: He has consistently praised the newcomers.

Freshman Tony Fields II has been the talk of camp so far. The athletic, still-growing Las Vegas Desert Pines High School product is already considered the favorite to start at the “Will” linebacker position previously occupied by Paul Magloire Jr.

Arizona’s linebacker corps needed an infusion of young talent, and Fields — coupled with freshman middle linebacker Colin Schooler, who is also fighting for a starting job — has helped ease some of the concern at the position.

Fields enrolled at Arizona in January and participated in spring drills and summer workouts. As a result, he’s added more than 30 pounds of muscle.

“Now that I know what to expect every day, I know I need to know what gaps to fill, I know all the plays, I have the upper hand on everybody in my class,” Fields said on Thursday.

He hasn’t played a down of college football yet, but with a full spring under his belt, Fields already considers himself a veteran of the linebackers group. And he’s not entirely wrong.

The only returning linebackers with significant playing experience are Brandon Rutt, a former walk-on, and DeAndre’ Miller, who has missed all of camp with an injury.

“I’m more of an upperclassman now that we have a lot guys at the ‘Will’, ” Fields said. “I’m actually a lot of help to all of them. That’s what (linebackers coach Scott) Boone looks at me as — he asks me to help them out whenever I need to and stuff like that, so that’s what I do.”

The greatest bulk of freshman contributors, though, will likely come on defense.

Fields and Schooler will be in the playing rotation right away, and Long Beach Poly product linebacker Joshua Brown could compete for reps at middle linebacker, too.

Tony Wallace could see some time at cornerback. Scottie Young, Troy Young, Rhedi Short and Xavier Bell could factor in as safeties.

Parker Zellers, a senior defensive lineman, said he couldn’t believe how technically sound defensive tackle Kurtis Brown already is as a freshman, and that’s a recurring theme — many of these freshmen haven’t been overwhelmed by college football concepts.

“Really what you’re looking for is retention,” Addae said. “Can I give him information and have him give it back to me? That takes no time (to figure out).

“They’re young and athletic kids, and they’re aggressive. They’re also ‘headsy’ enough to where they’re able to make the checks and adjustments. At that age, that’s tough, especially in this defense.”

Fields has heard all those raves about this class, many of them about himself, but, he said, that doesn’t matter until the season actually begins Sept. 3 against Northern Arizona.

“It’s great, it’s fascinating, but I feel like I’m not done yet,” Fields said. “I have a lot more to do and I haven’t really made the impact I want to make yet because we haven’t played in a game yet.”

UA coach Rich Rodriguez has talked about the possibility of playing close to 20 newcomers this season, and many of them would be freshmen.

Here’s a look back at how many true freshmen have played — and recorded any statistics — each year since Rodriguez’s first season in 2012:

Freshman linebacker Tony Fields II already considers himself a veteran. “Now that I know what to expect every day, ... I have the upper hand on everybody in my class,” he said.

Freshman quarterback Rhett Rodriguez could figure into the Wildcats’ depth chart this season. Coach Rich Rodriguez said he wants to have three guys ready to play the position.