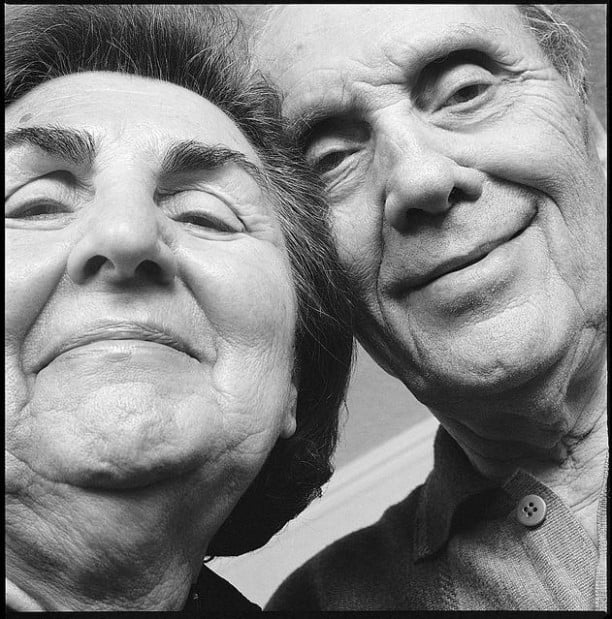 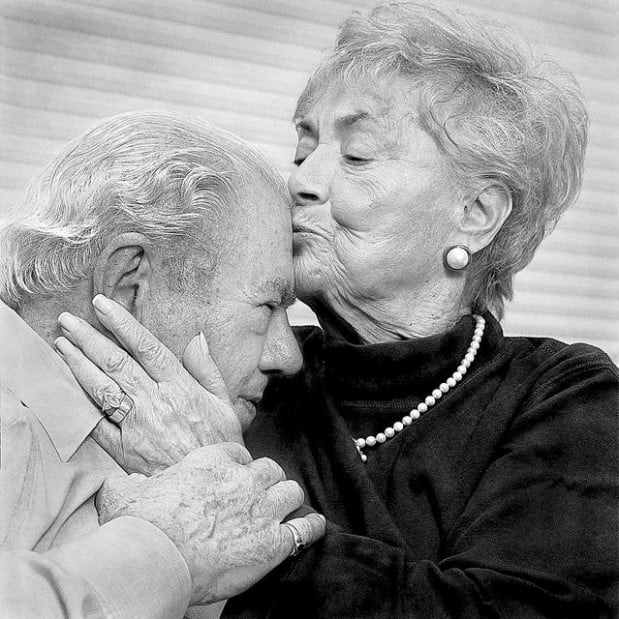 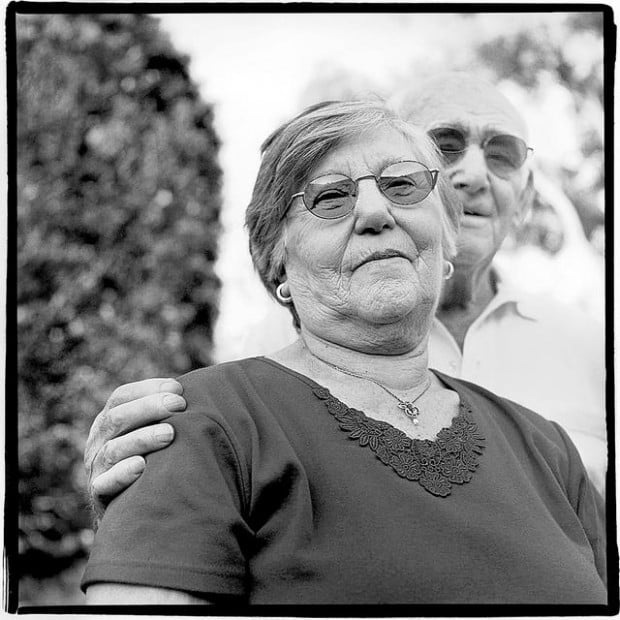 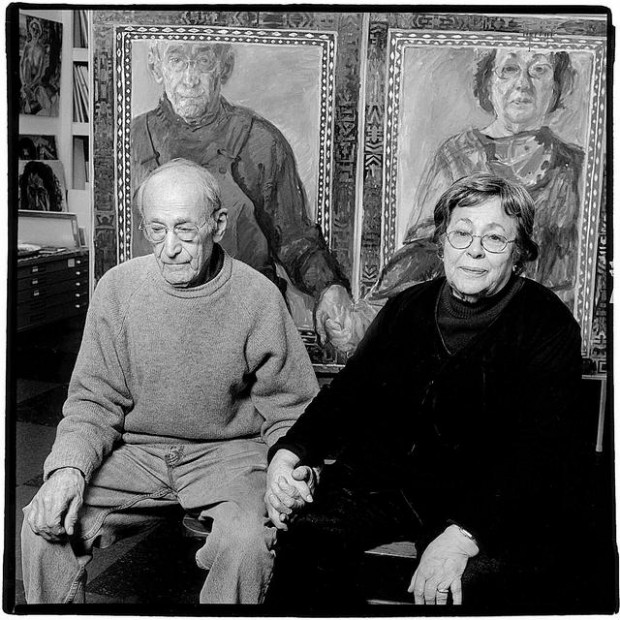 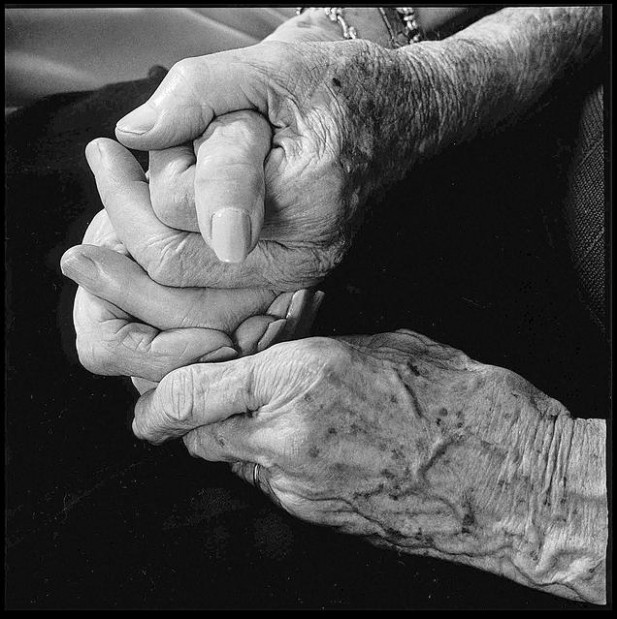 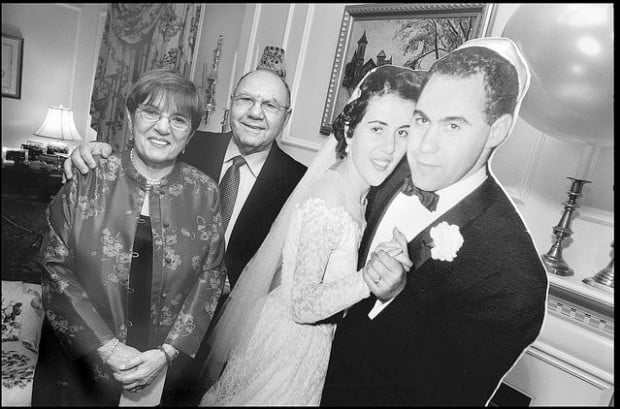 You never know where love will grow. The Holocaust, for example. In that nightmare era of Nazi persecution of Jews more than 60 years ago, love somehow endured — and sometimes even blossomed in the aftermath.

An upcoming exhibit at the Jewish Community Center celebrates couples who forged lasting relationships amid a scourge of evil.

"Survivor Portraits: Great Love Stories From the Holocaust" features photographs by Lloyd Wolf and brief essays about the survivors by Wolf and Lisa Newman.

The free exhibit will be on display April 2-27 in the Fine Arts Gallery of the center at 3800 E. River Road.

"There are lots of Holocaust survivor stories, but we wanted to focus on couples who stuck it out through that misery and found love," said Wolf, an award-winning photographer based in Arlington, Va. "Their stories are as much about their marriages as about what happened in the (concentration) camps.

"These are people who have a closeness I can't really imagine anyone else having," he said. "For those who survived and had successful marriages, it has this depth."

Marty Johnston, communications specialist with the community center, said the photos and essays provide a new perspective on the Holocaust.

"Oftentimes, when the Holocaust is discussed, the focus is on the genocide and death," Johnston said. "This exhibit focuses on life and love existing through very difficult, very grave, horrific times."

Each couple has a unique story.

Sam and Regina Spiegel met in a small Polish town with a munitions factory where Jews were forced to help supply the German army with weapons.

"We fell in love in a slave labor camp," said Regina, as quoted in an exhibit essay.

Separated en route to the infamous camp at Auschwitz, Regina and Sam survived harrowing, life-threatening experiences and finally were reunited. They married, eventually moved to the United States and now live in Maryland.

Wolf tells of another Holocaust romance — that of Leon and Bella Simon, now of Boca Raton, Fla.

"He was from Poland and she was from Germany," Wolf said. "They met in Westerbork, a Dutch internment camp near Amsterdam. He said she was the liveliest girl in the camp. She said he was the most kind boy."

The Simons, teenagers at the time, made a pact to stay together.

"They knew that if they got married, at least they would stay together," Wolf said. "Leon made a decision to go up to the commandant and ask to marry Bella. That was such a bold thing to do. Just asking could have been a death sentence."

But good fortune was with the bold young man. He and Bella got permission to be married and had the ceremony in the camp kitchen.

The couple left Westerbork when it was liberated in 1945, headed for Palestine, spent time in the emerging land of Israel and later moved to the United States.

"We were going to survive together," Bella told interviewers for one of the exhibit essays. "He did not want to survive without me, and I could not have survived without him."

"Sadly, in a way, this project should have been done about 10 years ago," Wolf said. "Couples from that era are dying, and they have such stories to tell. That's why we decided: Let's get these love stories now."

● What: An exhibit called "Survivor Portraits: Great Love Stories From the Holocaust"

Larry King, the suspenders-sporting everyman who interviewed world leaders, movie stars and ordinary Joes for a half-century, died Saturday. He was 87.

Lady Gaga belted out the national anthem Wednesday in a very Gaga way — with flamboyance, fashion and passion. Watch her performance here.

Movies in a Minute: "The Little Things"

Dear Bridgerton fans, have a Hastings honeymoon thanks to Hotels.com

Dear Bridgerton fans, have a Hastings honeymoon thanks to Hotels.com