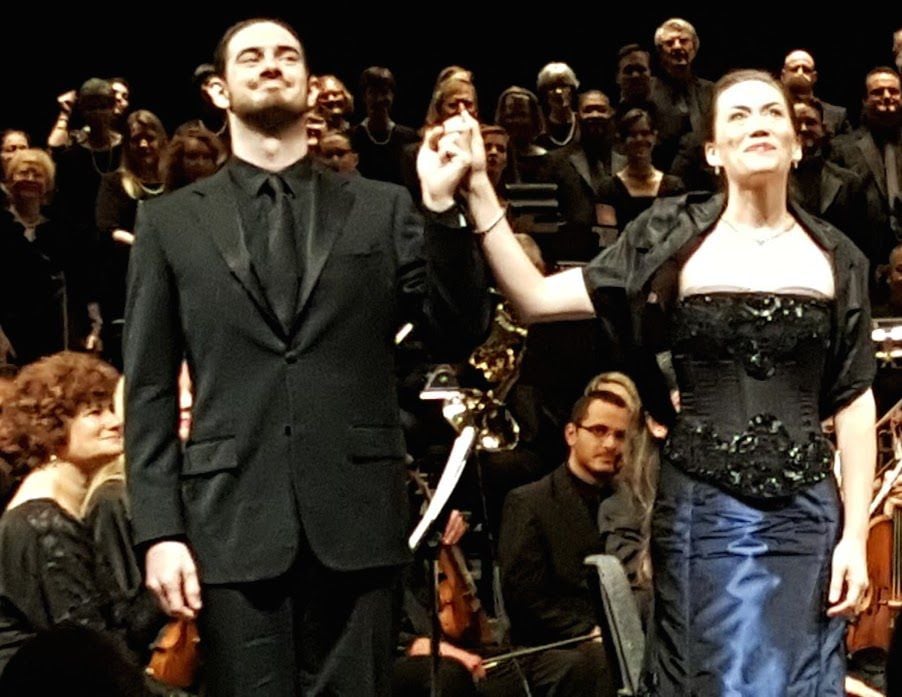 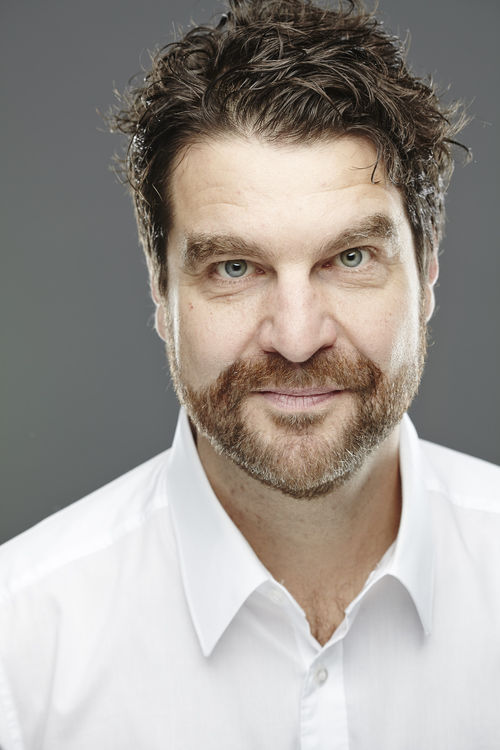 German conductor Markus Huber inserted Schoeberg's "A Survivor From Warsaw" into the Brahms "A German Requiem" to remind us that we can't forget.

The chorus, founded and directed by Bruce Chamberlain, performed with an intense passion and soul, sounding dynamic, yet nuanced; polished, yet spontaneous. The soulful mourn of losing loved ones was delivered with an equal dose of sorrow and joy.

Brahms work, written in his native German, was more about celebrating those who died through the eyes and hearts of those left behind than to simply shed tears at a grave. The TSO Chorus seemed to totally get that notion. You could feel the heartbreak from the high reaches of the Music Hall, which was about as full as it could be without putting chairs in the aisles. And yet the joy of how the dead continue to impact the living soared even higher, carried on clarion soprano voices blended with the warmth of the baritones and basses adding heft and resounding exclamation points. Altos

The Brahms is one of the bigger works on the fifth annual Tucson Desert Song Festival lineup, which kicked off this weekend and runs through Feb. 5. Guest conductor Markus Huber paired it with Schoenberg's stark "A Survivor From Warsaw," inserting the 20th century piece into the middle of the 19th century "Requiem."

As he explained to Friday's audience, the move was more than just a way to break up the 80-minute Brahms. It was a reminder that our darkest days are not so far behind us. With all that is happening in today's world — terrorist attacks in his homeland and our's, political unrest and deep divisions in so-called civilized nations — we need to be reminded that our past can revisit us.

And he warned us that the Schoenberg would be a stark departure from Brahms. Jarring chords collided with dissonant, dramatic woodwinds and percussion, sometimes going in seemingly different directions. Guest soloist bass-baritone Andrew Craig Brown narrated the text with dramatic flair, taking us to the sewer where his character has awakened to find himself in exile while above him prisoners are wailing from the Nazi gas chambers.

Brown was equally impressive and dramatic in the Brahms, singing alongside the very talented soprano Heidi Stober, whose big moment came in the fourth movement. When she hit that prolonged high note it sent chivers.

But the true star of the Brahms was the TSO Chorus. They flew solo for four of the seven movements and their contributions were sizeable in the movements featuring the guest soloists, sponsored by the song festival. During the "Blessed are the dead" finale, the chorus —  from the soaring sopranos to the soulful altos to the tenors adding a gentle backdrop for their commanding bass brethren — sang with the jubilation of a gospel Sunday, happy in hope that comes with true faith. It was terrifically inspiring.

From Brahms to Bernadette at Tucson Desert Song Festival

Piece is a vocal workout for choir and Song Festival soloists.

In a first, Angela Brower will perform with a guitarist.

Arnold Schoenberg: A Survivor of Warsaw

Do you think these are the best Tucson restaurants of 2016?

German conductor Markus Huber inserted Schoeberg's "A Survivor From Warsaw" into the Brahms "A German Requiem" to remind us that we can't forget.