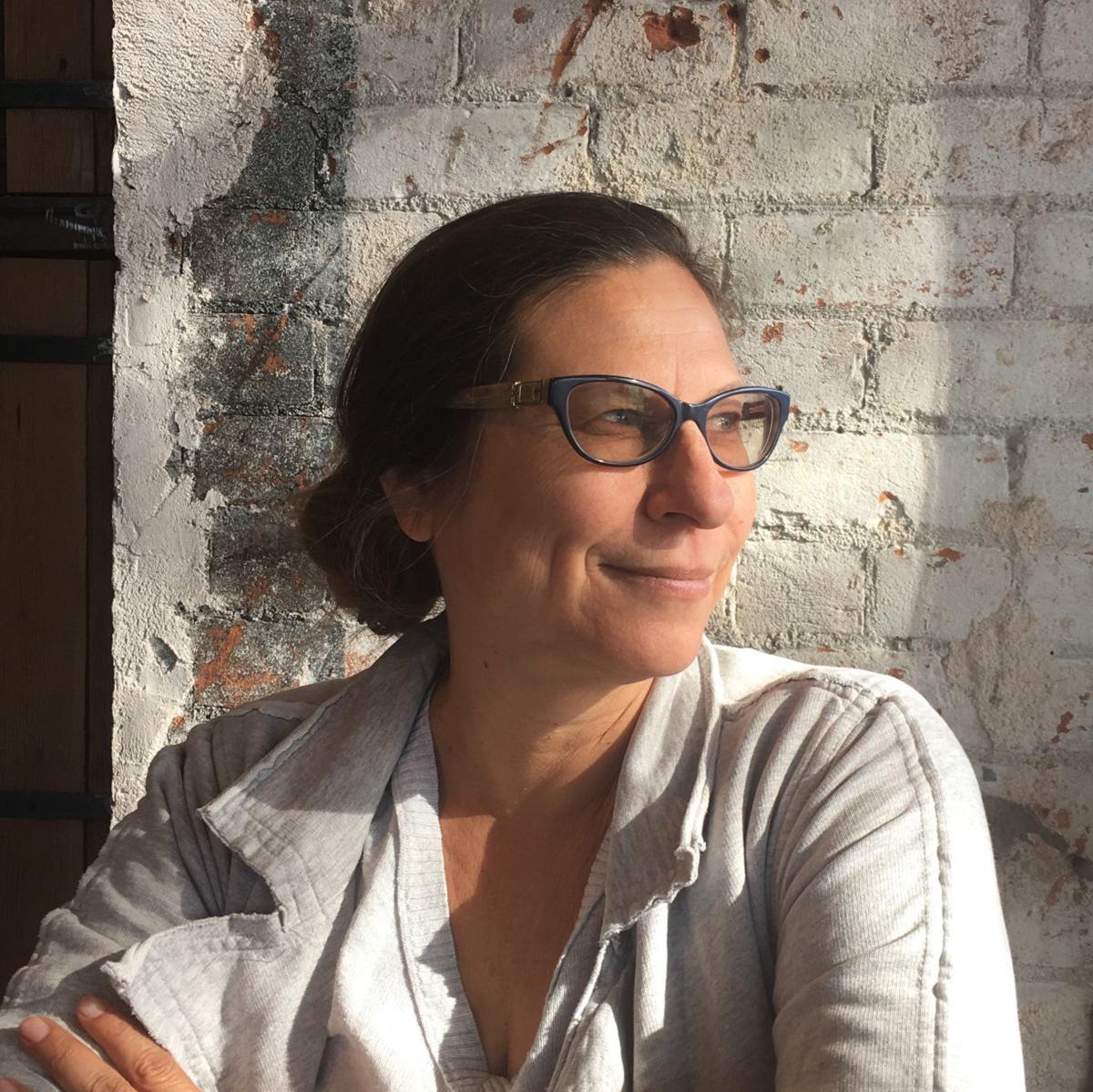 Arizona Theatre Company’s playwright-in-residence Elaine Romero is being celebrated throughout the month of March by several theaters around the company. RomeroFest will showcase her plays. 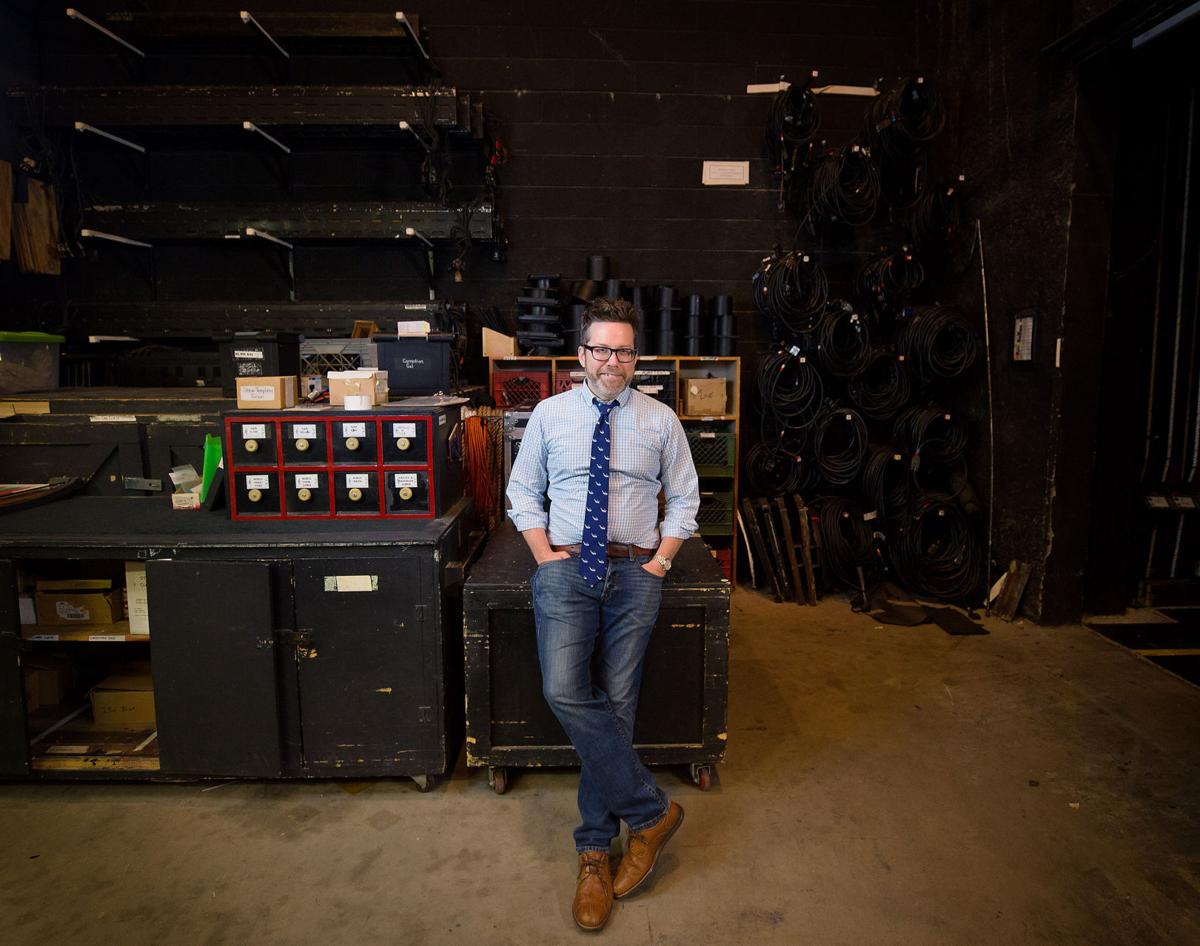 When Arizona Theatre Company Artistic Director Sean Daniels saw that two other Tucson theater companies were producing plays by Elaine Romero, he came up with the idea to celebrate the local playwright with a monthlong festival. 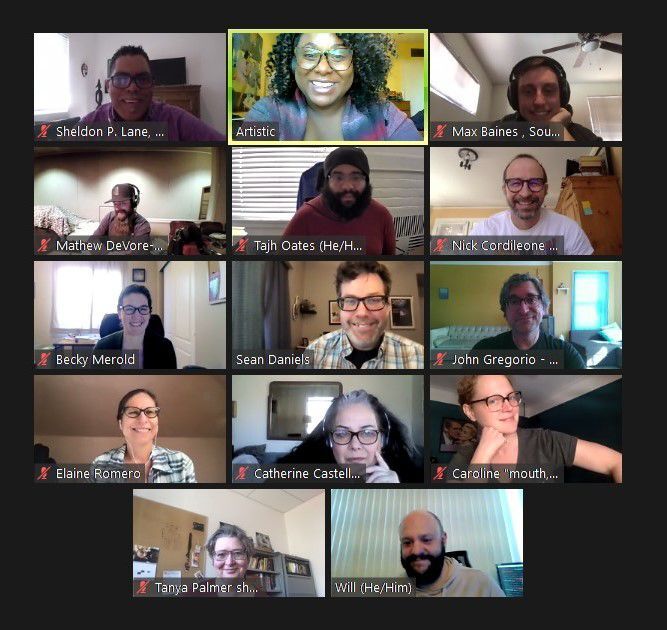 Arizona Theatre Company is doing a reading of Elaine Romero’s new play “Halsted.” “The goal of a reading like this is for Elaine to learn. This is just getting started. Plays take years to get to their final form,” said ATC’s Artistic Director Sean Daniels, who champions new theater works.

When Arizona Theatre Company transitioned to a virtual season last year, Artistic Director Sean Daniels knew that the company’s longtime playwright-in-residence would be part of the plan.

But what he didn’t know then was that two other Tucson theater companies — Scoundrel & Scamp Theatre and Winding Road Theater Ensemble — also had plans to present Elaine Romero’s plays.

Three Tucson companies presenting the same playwright and one who happened to be from our own backyard?

When Daniels pitched the idea of RomeroFest to Romero, she reached out to a handful of theater companies around the country that were fans of her work and got them involved.

The result: A monthlong digital celebration of the Tucson playwright’s works by more than a dozen theater companies throughout the country and one in Mexico City.

“I am really excited. It is a gift of a lifetime,” said Romero, who also teaches at the University of Arizona School of Theatre, Film & Television. “These times are so hard and painful and human and frail, and then this beautiful gift is handed to me.”

The festival kicks off Thursday, March 4, with Justice Theater Project of Raleigh, North Carolina, performing “A Sentiment,” the first of 16 performances that showcase the diversity and range of Romero’s catalogue. Throughout the month, companies — including Teatro Travieso/Troublemaker Theatre out of Portland, Oregon; Philadelphia’s Theater Ariel; and Childsplay Theatre Co. from Tempe — will perform dramatic readings of Romero’s plays to celebrate her 23 years with ATC.

“Sometimes we don’t realize who we have living here and the way that they are looked at nationally,” said ATC’s Daniels, who has made it his mission since taking over the company in summer 2019 to champion new playwrights and new works.

Winding Road will tackle “Wetback” on March 15; UA School of Theatre is doing “Mother of Exiles” on March 17; and Philadelphia’s InterAct Theatre Company is doing “Revolutions” on March 20, a play that Mexico City’s Foro Shakespeare also will perform March 23.

The festival’s highlight, though, could come on March 10, when Arizona Theatre Company does the first-ever public reading of Romero’s newest play, “Halsted.”

“When we were trying to figure out which one to do, she said, ‘I have this new play that is autobiographical about my husband and would you just read it, let me know what you think,’” Daniels said. “It kind of came from a moment of bravery on her part. I always think to put out a play that you just wrote is a deeply brave act. But to put out something autobiographical is even more so.”

Romero wrote “Halsted” a couple of years ago during the Silent Playwrights Retreat at Green Gulch Farm Zen Center in California. For five days, she spoke to no one and focused on the play, retracing the days and months and years since her husband, Brad Eggers, suffered a stroke in Chicago in 2011. With humor and humility, Romero relives the tragedy and heartbreak and her evolution from wife to caretaker.

“These things happen in life, and you don’t know when an event is going to happen that’s going to change your life,” she said.

“Halsted” is Romero’s first autobiographical play, and she admitted the journey from the script to the stage has been harder than with her other plays.

Daniels said RomeroFest is a first of its kind — an all-digital, national celebration of a living playwright whose name is not widely known.

Daniels said RomeroFest is also a chance to celebrate Romero and her impact on ATC while she’s alive, something that rarely happens and certainly not on this sort of scale.

“We foolishly only do celebrations of a body of work when a playwright dies or moves away. Let’s not wait for either with Elaine,” Daniels said.

For a link to the participating theaters websites where they are streaming the performances, visit arizonatheatre.org/romerofest. Performances can be viewed on Arizona Theatre's website, or YouTube channel (youtube.com/user/arizonatheatreco), Facebook (facebook.com/ArizonaTheatreCompany) or Vimeo (vimeo.com).

This woman is spending her retirement years helping at health clinics in Tucson, Uganda

“It’s wonderful to be involved in your community, and to connect with people who feel the same,” says Dana Smith, a retired nurse practitioner.

The Tucson Festival of Books is approaching, which means it's time to read up before the virtual author chats.

Arizona Theatre Company is making the production available via streaming.

Arizona is battling a spike in the coronavirus, making gathering for live theater unsafe. And the Actors’ Equity Association, the union that represents actors and stage managers, won’t issue contracts for performances where the pandemic isn’t under control.

Arizona artists to get national exposure with 24-hour monologue challenge

Arizona writers and actors will be paired at 4 p.m. Monday, July 13, and 24 hours later, the first monologue will be released virtually; the remaining ones will be rolled out in 15-minute increments.

Beyond revenue, one of the greatest losses theater organizations and actors are feeling is the community of live theater.

Arizona Theatre Company takes to the stars for ‘Silent Sky’

Walk out tonight, move away from the streetlights, and look up at the stars.

Addressing the ATC’s roughly $1.5 million structural deficit is the largest task at hand.

You can find heroes at the Tucson Festival of Books

Best-selling author Brad Meltzer writes about heroes, but you won't find any of them wearing capes and masks.

Here are the talented young authors and artists that will be celebrated at the Tucson Festival of Books.

The Pima County Public Library has released its 44th annual Southwest Books of the Year with titles ranging from fiction and poetry to food and art.

Gustav Stickley is one of the most famous American furniture makers you've never heard of.

The class will look at movies and TV shows going back to the silent film era.

Arizona Theatre Company’s playwright-in-residence Elaine Romero is being celebrated throughout the month of March by several theaters around the company. RomeroFest will showcase her plays.

When Arizona Theatre Company Artistic Director Sean Daniels saw that two other Tucson theater companies were producing plays by Elaine Romero, he came up with the idea to celebrate the local playwright with a monthlong festival.

Arizona Theatre Company is doing a reading of Elaine Romero’s new play “Halsted.” “The goal of a reading like this is for Elaine to learn. This is just getting started. Plays take years to get to their final form,” said ATC’s Artistic Director Sean Daniels, who champions new theater works.