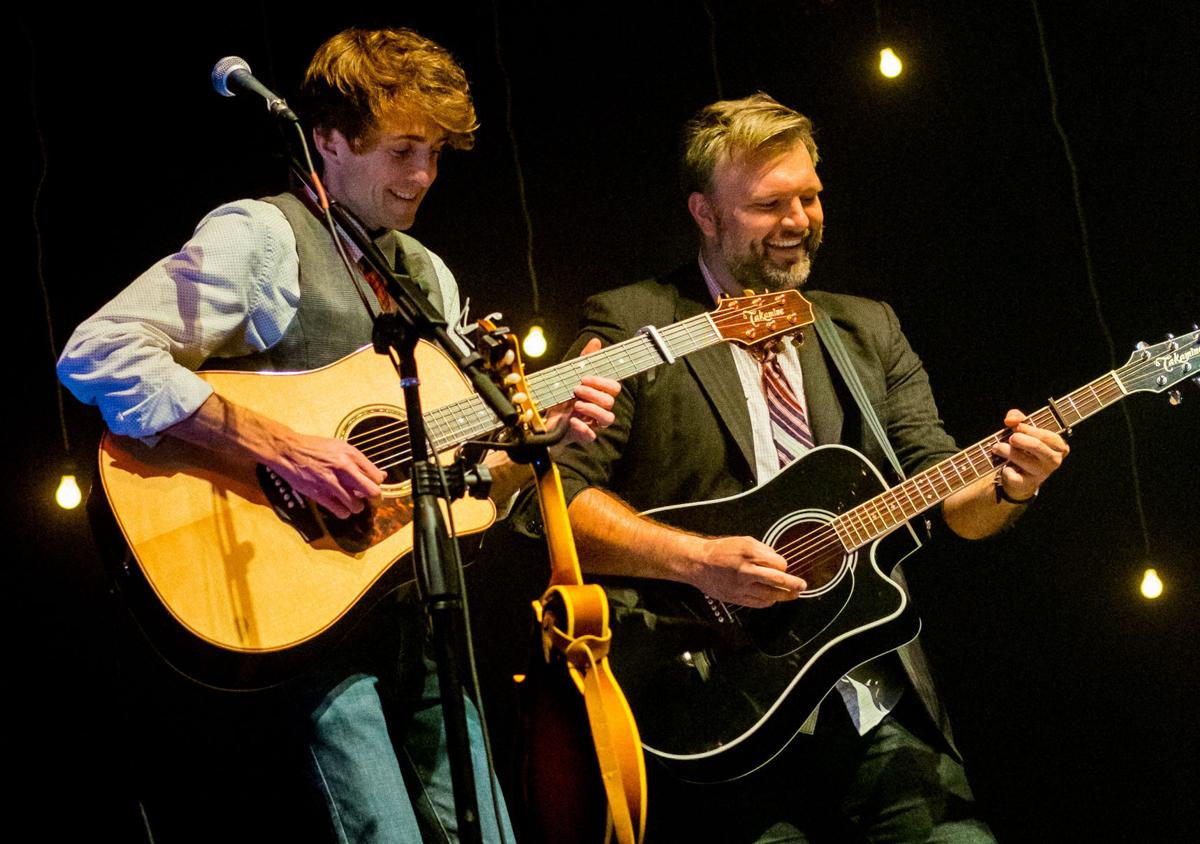 Ryan Green, left, and Cameron Hood of the Tucson band Ryanhood are releasing “Under the Leaves” on Friday. 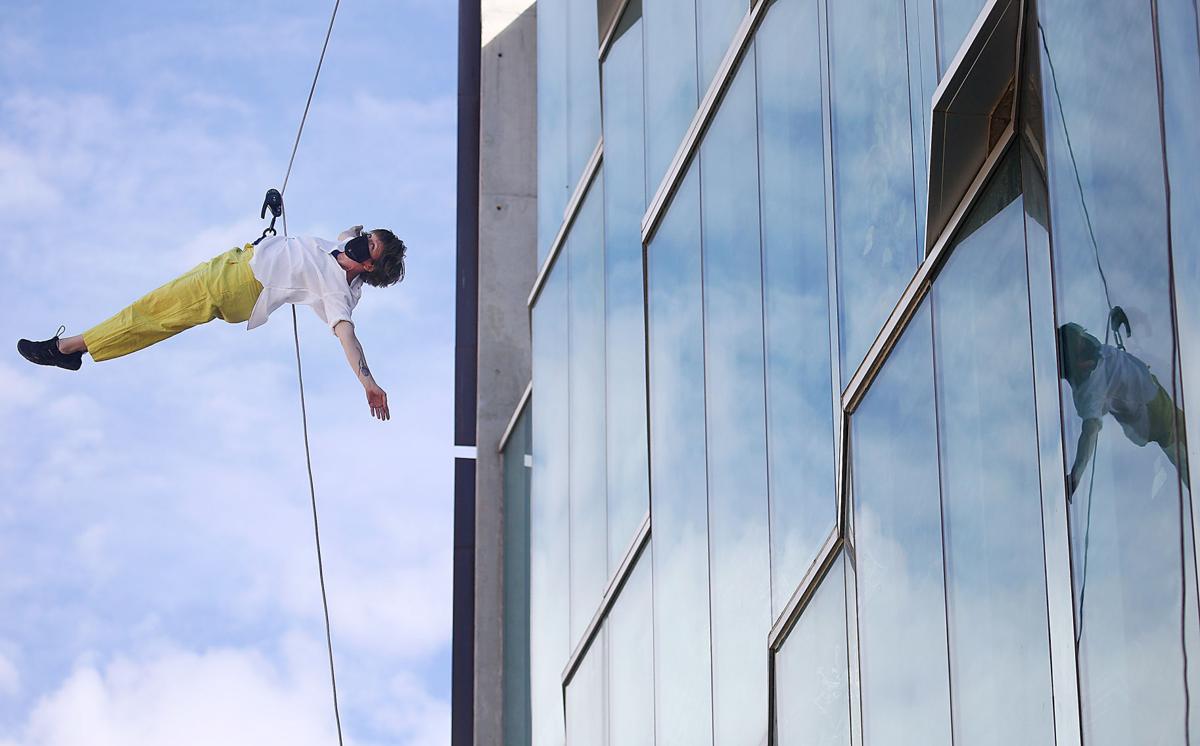 Courtney Moreno, a dancer with the Bandaloop troupe, performs a move while suspended from the Meinel Optical Sciences Building on the UA campus.

By Yasmin Acosta For the Arizona Daily Star

Arizona Arts Live likes to think of its spring events as a renaissance of sorts, a rebirth after a long year of dark stages and silence.

The University of Arizona arts presenter got a jump on its #ReadyforRenaissance campaign in January with a digital series “On the Record with Arizona Arts Live,” a collection of conversations with Tucson local arts makers and arts leaders and Arizona Arts Live Executive Director Chad Herzog. Earlier this month, it followed up with “Bandaloop,” the Oakland, California, vertical dance troupe that performed for its first time in almost a year. The group performed on the towering walls of the UA Psychology and Meinel Optical Sciences buildings.

“This year has been so different. … What I was planning to do last week, chances are that’s changed because of something regarding the pandemic,” said Herzog, who took over the former UA Presents in 2019. “We’ve had to be so nimble in our curation process.

“What I’ve been most excited about is that we’ve been able to continue to bring live arts experiences to Southern Arizona.”

In the coming weeks, other performances will include:

As a centerpiece of the #ReadyforRenaissance campaign, Arizona Arts Live commissioned a trio of Tucson muralists — Brandon Varela, Mel Dominguez and Robb Harris — to create murals that Herzog said he hopes will lift the community’s spirits as we navigate what could be the end of the pandemic.

The goal, he said, is “supporting artists and really making sure that their voices are still being heard, while providing audiences an opportunity to find joy and unexpected experiences.”

Yasmin Acosta is University of Arizona journalism student apprenticing for the Star.

Tucson had its share of local online personalities reaching new levels of imagination, self-discovery and popularity during a tumultuous year.

COVID-19 pandemic gave Unrehearsed Music Group the perfect excuse to circle back to a mix tape they had been working on for five years.

The route will include wagons that don't normally make the regular parade, including an early Sunset Dairy milk wagon.

Ryan Green, left, and Cameron Hood of the Tucson band Ryanhood are releasing “Under the Leaves” on Friday.

Courtney Moreno, a dancer with the Bandaloop troupe, performs a move while suspended from the Meinel Optical Sciences Building on the UA campus.