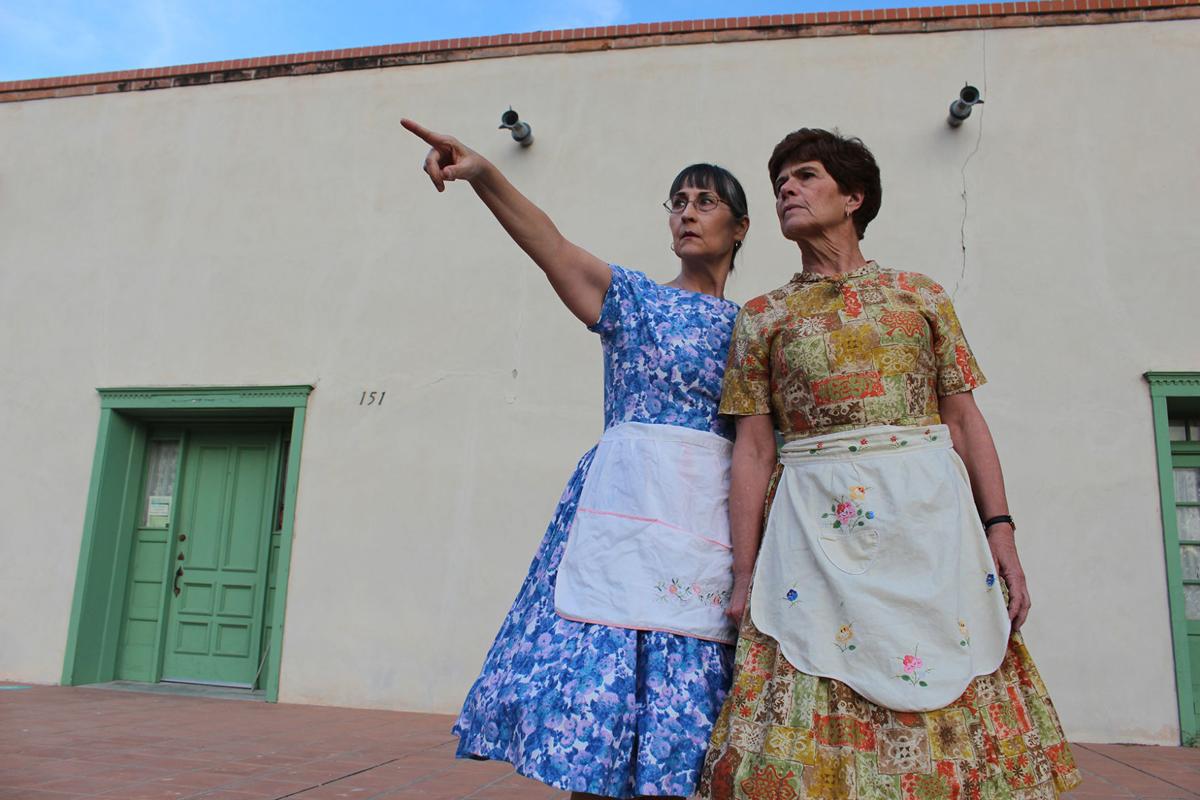 The project features snippets of life in what used to be Barrio Viejo. 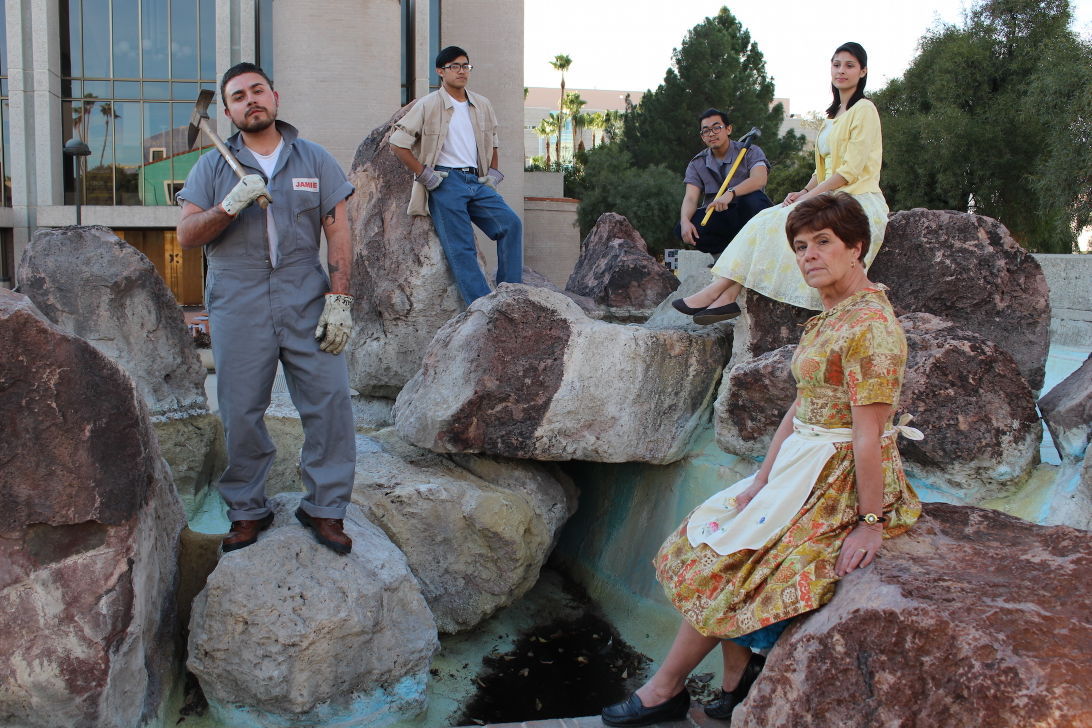 “Barrio Stories,” a Borderlands Theater production, reminded us that we must not forget our history, our culture or our neighbors.

They are cooking tortillas, sweeping the walks, sleeping on beds under the hot summer sun.

They are the residents of Barrio Viejo, much of which was bulldozed flat to make way for the center in the 1960s. The neighborhood was full of ancient adobe homes, families with deep roots, grocery stores that extended credit when needed, and close friends.

Borderlands Theater resurrects the ghosts with “Barrio Stories,” which has four performances this weekend — all on the grounds of the TCC.

The plays — there are three short ones performed on three stages and a series of vignettes that audiences will encounter as they travel the grounds — were inspired by the book, “La Calle: Spatial Conflicts and Urban Renewal in a Southwest City,” by Lydia Otero, an associate professor in Mexican-American studies at the University of Arizona.

Beyond that, interviews were conducted with those who lived in and had memories of Barrio Viejo.

Playwrights Elaine Romero, Virginia Grise and Martin Zimmerman were tasked with pulling all the rich information into theatrical pieces.

And it is Marc David Pinate, Borderlands producing director, who has the job of directing the performances and coordinating events across the TCC grounds.

That’s no easy task; this is a huge project. There will be two entrances to the grounds. Upon arrival, audience members will be assigned a color, which will help direct people to which plays should be seen and when — rotating audiences means all plays will be seen with everyone coming together for the final one.

As audiences travel from one play to the next, they’ll come across vignettes — snippets of life as it was before the center was built.

After each day’s performance, there will be a big party with giant puppets, mariachi and folklórico performances, a booth where you can record your own memories of the barrio, and another where you can have your picture taken.

“It’s called on all my directing experience,” Pinate says of pulling it together. “It’s worked out amazingly.”

He’s had lots of help.

“What I’ve been happily surprised at is how many folks have pulled together and offered time and resources,” says Pinate. “We’ve been working with high school theater departments, there are art classes that have helped make part of the set, the Convention Center board took a strange idea that they weren’t sure about, kept an open mind and became a partner.”

The whole event is “more spectacle based,” said Pinate. “It’s more about magnitude and size, less complex characters.” That made the rehearsal time easier than one might expect, he said.

A generous Theatre Communications Group grant, and others from the UA’s Confluencenter for Creative Inquiry and the Arizona Humanities Council helped make the theatrical event possible. And Borderlands is committed to keeping it free — they would love a $10 donation at the entrance, but this isn’t about making lots of money, it is about producing theater that speaks to Tucson’s Latino community, says Pinate, as well as the community at large.

The razing of the barrio of the TCC has been a scar on the Old Pueblo, says Pinate. “We wanted to try to do something positive toward healing that wound.”

By: Elaine Romero, Virginia Grise and Martin Zimmerman, based on the book “La Calle: Spatial Conflicts and Urban Renewal in a Southwest City,” by Lydia Otero, and interviews with one-time residents of Barrio Viejo.

Running time: About two hours, with a pachanga at the end. The celebration will include music, dance, art booths, a chance to record your own memories and a photo booth.

A heated discussion preceded the county's approval of $1.55 million in neighborhood funds.

Mac Awards: The best of Tucson theater in 2016

There was plenty to keep us entertained — and disturbed

The event takes place at Mission Garden at the base of "A" Mountain.

The project features snippets of life in what used to be Barrio Viejo.

“Barrio Stories,” a Borderlands Theater production, reminded us that we must not forget our history, our culture or our neighbors.