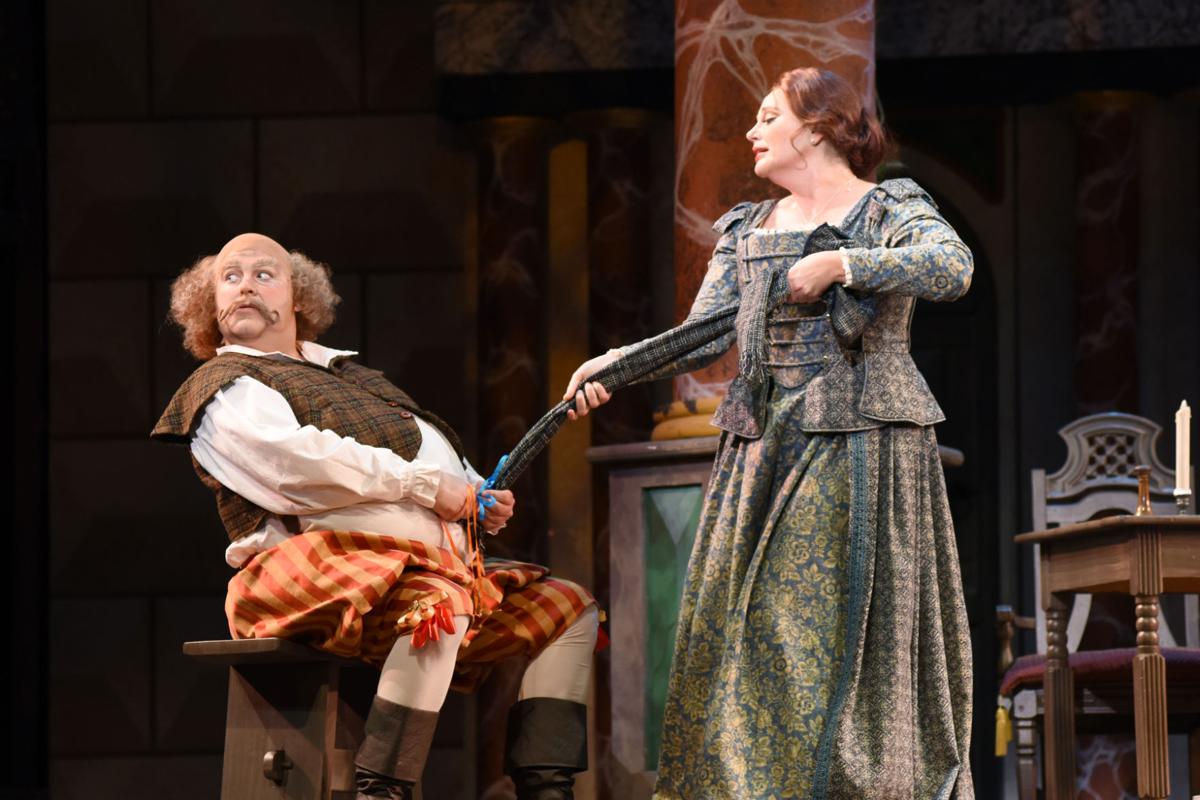 Craig Colclough is the slovenly, self-absorbed Falstaff, and Dana Beth Miller is Dame Quickly, one of the wealthy, vulnerable women Falstaff attempts to seduce and fleece of her riches. 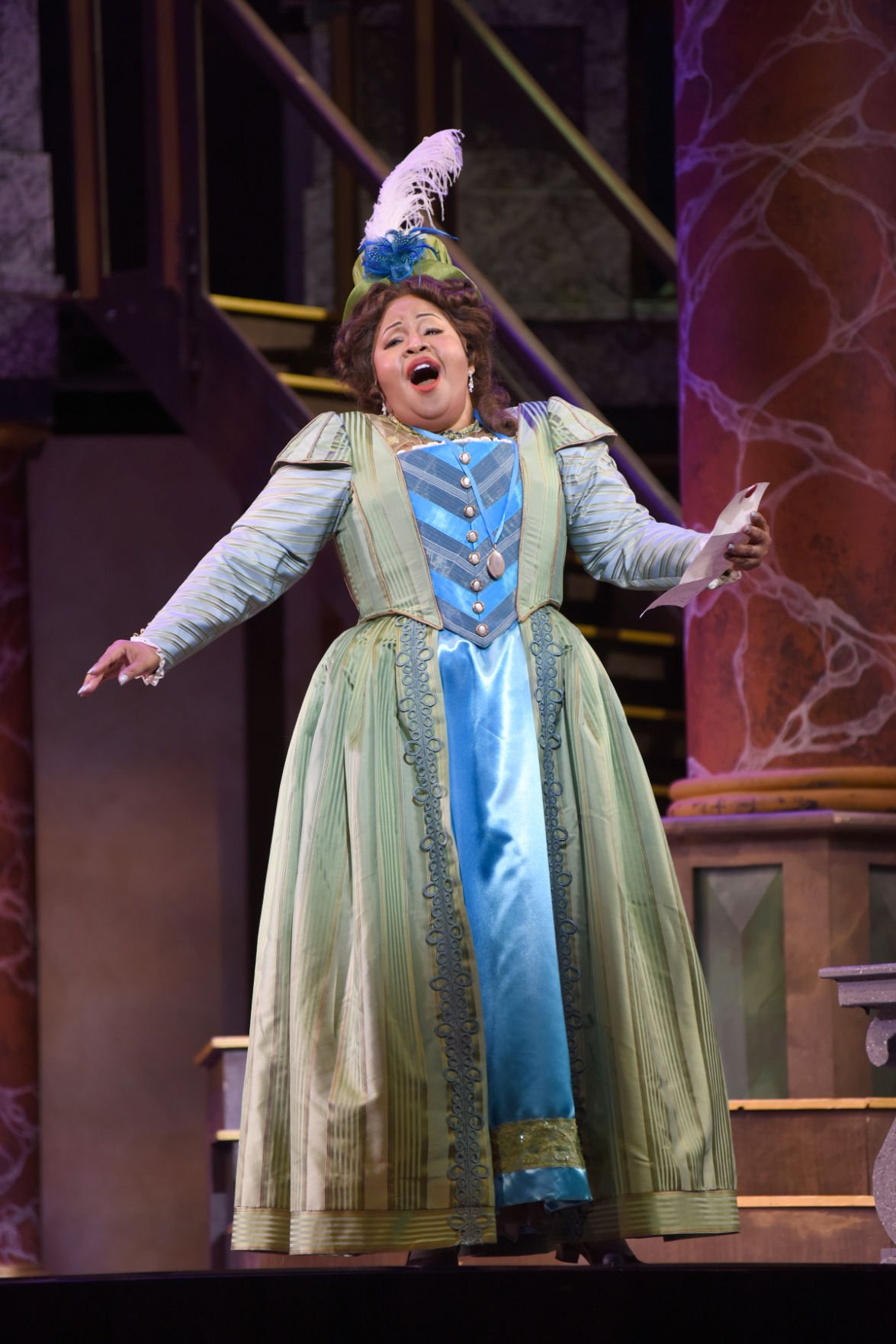 Karen Slack is Alice Ford, another of the wealthy women Falstaff tries to trick.

The last time director Chuck Hudson helmed an Arizona Opera production, it turned into a profitable venture for the company.

For the 2013-14 season finale, Hudson created a new concept for the company’s production of “Don Pasquale,” setting it in 1950s Hollywood.

Fast-forward to the 2015-16 season finale this weekend, and Hudson is at it again, this time re-creating the classic Old Globe Theatre used in Shakespeare’s day as a setting for Verdi’s “Falstaff.”

“We are genuinely trying to revive that Shakespearan feel by putting it on a globe stage,” Hudson said days before “Falstaff” opened for its Phoenix run last weekend. The production moves to Tucson Music Hall for two performances this weekend.

Hudson and the same design team that created “Don Pasquale” spent a year creating the globe theater for “Falstaff.” Audience members who buy upgraded tickets can sit on the stage, and several will be invited to be in the production, creating something of a play within a play, said bass-baritone Craig Colclough, who is singing the title role.

Falstaff has become the 34-year-old, California-based singer’s signature role, portraying a character Verdi based on Shakespeare’s farce “The Merry Wives of Windsor.”

Colclough, who was in Hudson’s “Don Pasquale” two years ago, has done the heavy, almost depressing version of Falstaff, where the character’s obsessions and indulgences lead to his downward spiral.

He prefers Hudson’s production that “sticks very closely to Verdi’s score and the libretto, which at its heart is hilarious. That’s my preference.”

“He acts the fool, and yet there is something so enjoyable about him,” Colclough said. “He’s such a dreamer, and even at the end when they have humiliated him and they find him a lecherous jerk, they are still enamored by him.

“I want to share him for the rest of my life. It’s absolutely marvelous writing, the structure of him. It is such a good fit. It feels like home doing this role.”

“I think it’s super challenging music for singers,” he said. “From a musical standpoint, it’s one of the richest things I think he’s ever created. The ensembles themselves are just incredible. There are no really standard, ‘This is an aria, this is a duet’ feel to it, which makes it feel like a standard Shakespearean production. I think it is one of the most perfect examples of the character of Falstaff.”

Sung in: Italian with English supertitles.

With "Scheherazade," every section of the orchestra gets a shot to solo.

Experiencing 'Carmen' from the best seat in the house

Conductor will see his first-ever production while conducting the orchestra.

Director Tara Faircloth gets roped into double duty that keeps her tethered to Arizona for three months.

Craig Colclough is the slovenly, self-absorbed Falstaff, and Dana Beth Miller is Dame Quickly, one of the wealthy, vulnerable women Falstaff attempts to seduce and fleece of her riches.

Karen Slack is Alice Ford, another of the wealthy women Falstaff tries to trick.