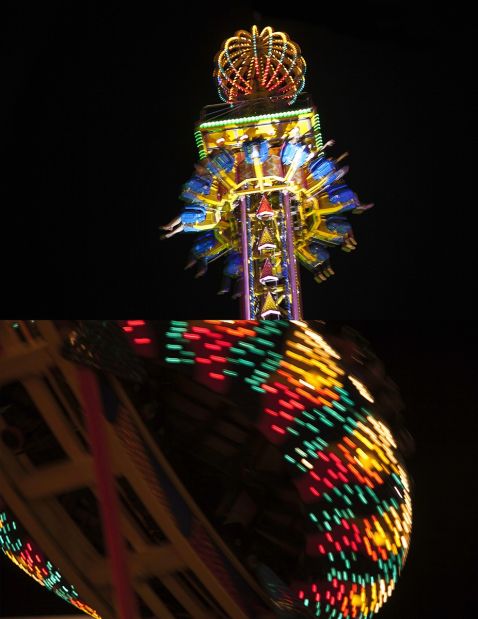 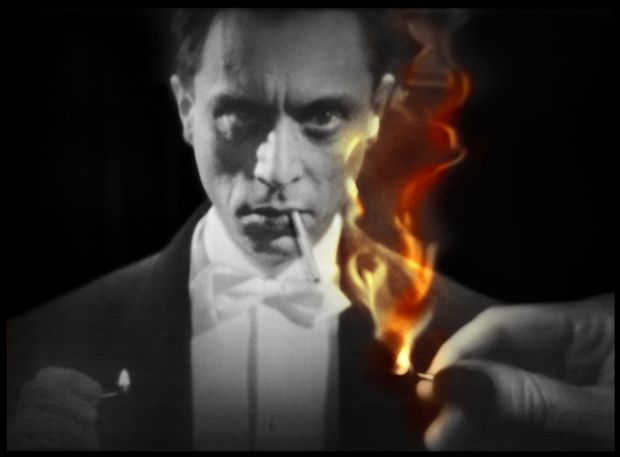 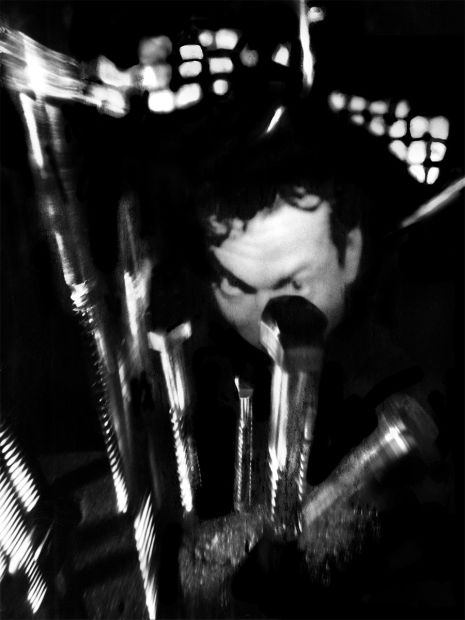 Patricia Carr Morgan put together a series of images from county fairs around the country into a continuous strip. It is among her "Reality is a Good Likeness" exhibit. 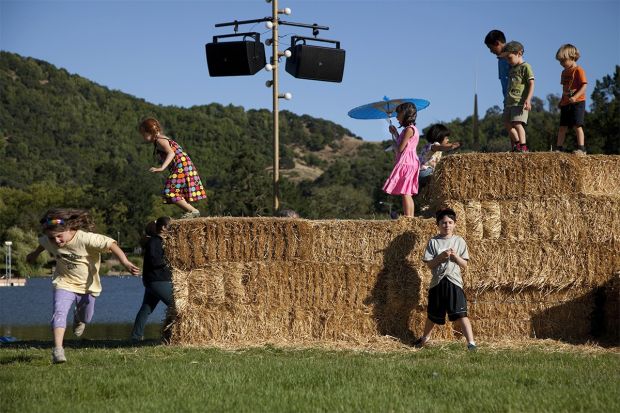 Patricia Carr Morgan's reality is no different than most of ours: It shifts with her perceptions.

The photographer's perceptions - and realities - are on view at the University of Arizona Museum of Art in a three-part series, "Reality is a Good Likeness."

The three parts - "Out of the Past," "united states" (purposefully lowercased as not to be confused with the nation) and "Alligator Balls and Cotton Candy," explore the myths, perceptions and memories that have been constructed by film, culture and diversity.

The idea of the series all started for Morgan in 2004, when she began to tinker with old film noir using a pinhole camera. She blew up single frames and used them as a backdrop for a photograph.

The film noir photographs can be oddly startling: "Out of the Past # 23" features a black-and-white photo of actor Camille Bert from his 1936 film, "The Lower Depths." He looks sinister, mysterious, as a cigarette dangles from his mouth and he raises a lit match to it. In the foreground is a blazing flame, its orange and yellow pops against the black and white Bert. You see just the fingers - those of Morgan - holding the match, as though in a race to light the cigarette before Bert does. The tension in that single frame is magnified, underlying the facade and the reality of a moment in the movie. The works in this section carry the familiarity of being entranced by an act.

"I was interested in how I was breaking the narrative by choosing a single frame and the possibilities of creating a new one," Morgan said.

Morgan has a fascination with reality and memories, how what is remembered often differs from what happened, and that idea led her to infuse the concept into film stills. "When you go to a movie you're enveloped in the reality of it," she said. "And so it's really a simulacrum of reality that we become a part of," Morgan said.

Morgan started building her collection of work for "Out of the Past" in 2005. She used camera obscura, Polaroid, film and digital scans to trace the history of a film still while highlighting the deep ambiguity and misguided sense of fate found in film noir.

As a movie lover, Morgan also saw something unique in Western films. Across the country, the culture has been influenced by the myth of the West, she said.

She drew upon the idea of being united under a common myth as opposed to the country of the United States. Morgan traveled throughout the West in search of material for the "united states" series.

The contrast of Western film imposed on the real foundation of the West is uncanny to the eye. The beauty in these photographs captures a reality of the West that juxtaposes the iconic Western, almost to the point of mockery. The photo "united states #17," for instance, includes a black-and-white image of a somber Gary Cooper in "High Noon" looking over a polished and empty courtroom, a photo Morgan took of the Tombstone courthouse. This and the other works in the series contain undertones of violence and waywardness.

"There's the law of the gun," Morgan said. "We venture forth and conquer the world as in conquering the west and we claim it for our civilization and culture. There are many grand things that have come out of that and grown out of it, but it is a myth. It wasn't quite so clean, and it wasn't quite so easy and that's what I'm talking about."

Something was missing from this series-in-progress, and she realized what it was when she went to the Pima County Fair in 2011. Morgan hit the road, traveling around the country in search of county fairs.

Those travels led to "Alligator Balls and Cotton Candy." Each of the photos is titled with the location of the fair, and she has melded the differences and similarities in culture and diversity from state to state.

Cultural differences in each fair provide a spectrum of flavors. From deep country barbecue to organic farming and fireworks, most of us have all lived in these photographs in one way or another.

Said Morgan: "I hope everybody brings their own thoughts and associations with it and maybe it will help them think of some of their own experiences and family."

• What: "Reality is a Good Likeness."

• Where: University of Arizona Museum of Art, in the UA Fine Arts complex, 1031 N. Olive Road, near East Speedway and North Park Avenue.

• When: 9 a.m.-5p.m. Tuesdays through Fridays; and noon-4 p.m. Saturdays and Sundays. Closed today for the July 4 holiday. Continues through Dec. 1.

Isaac Cox, a University of Arizona student, is an apprentice at the Star. Contact him at starapprentice@azstarnet.com or 573-4117.

The composer compiled writings from close friends, including Justice Ginsburg, about what they were missing from their lives when COVID-19 struck.

More than a year after closing its doors, public screenings will resume, starting with the documentary "Street Gang: How We Got to Sesame Street."

Enjoy 15 shorts from graduating students at the University of Arizona's School of Theatre, Film & Television.

Tucson ethnic dance events among 13 being lauded around the state

The Arizona Dance Coalition is celebrating the cultural and economic impact the events have had, including one in Tucson that is nearly 50 years old.

Patricia Carr Morgan put together a series of images from county fairs around the country into a continuous strip. It is among her "Reality is a Good Likeness" exhibit.