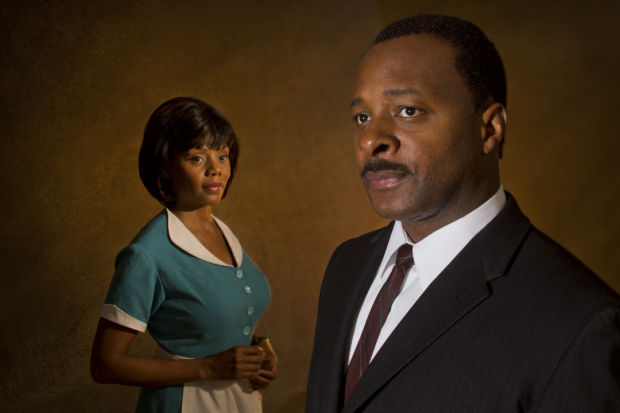 James T. Alfred as Martin Luther King, Jr., and Erika LaVonn as Camae bring a passionate and realistic tone to Arizona Theatre Company’s production of Katori Hall’s “The Mountaintop.” The play is one of three by women that ATC has produced since the 2010-11 season. 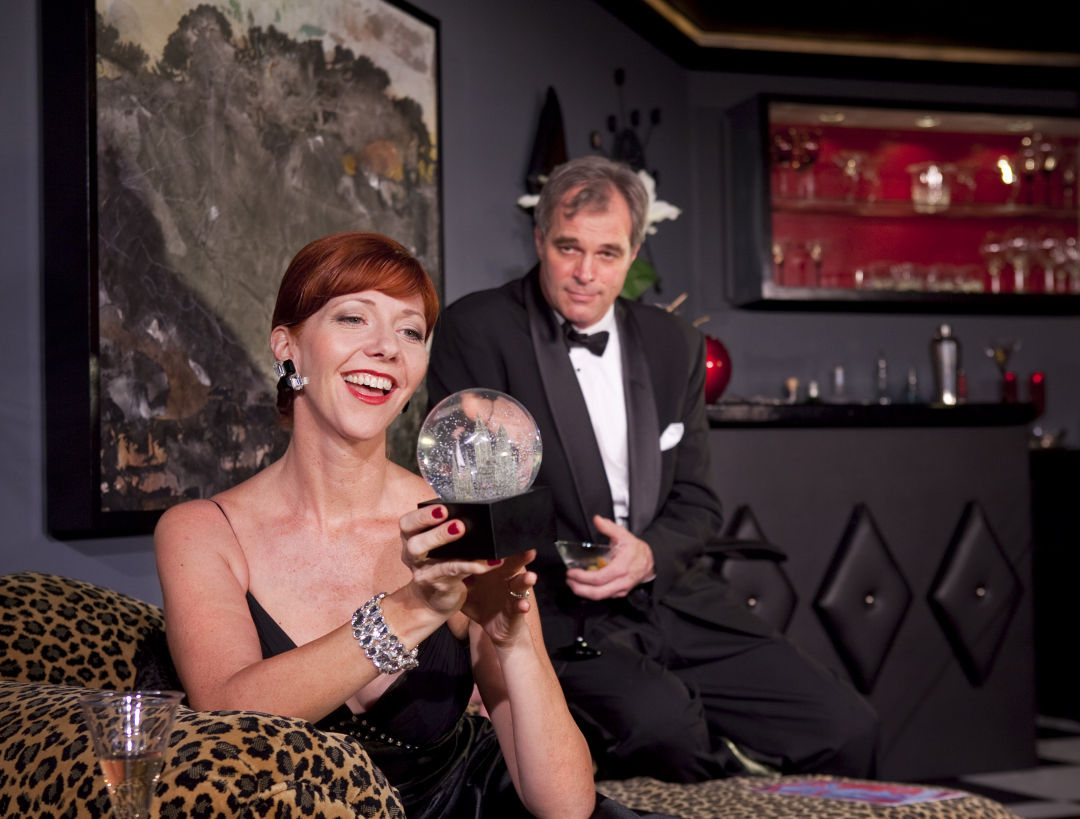 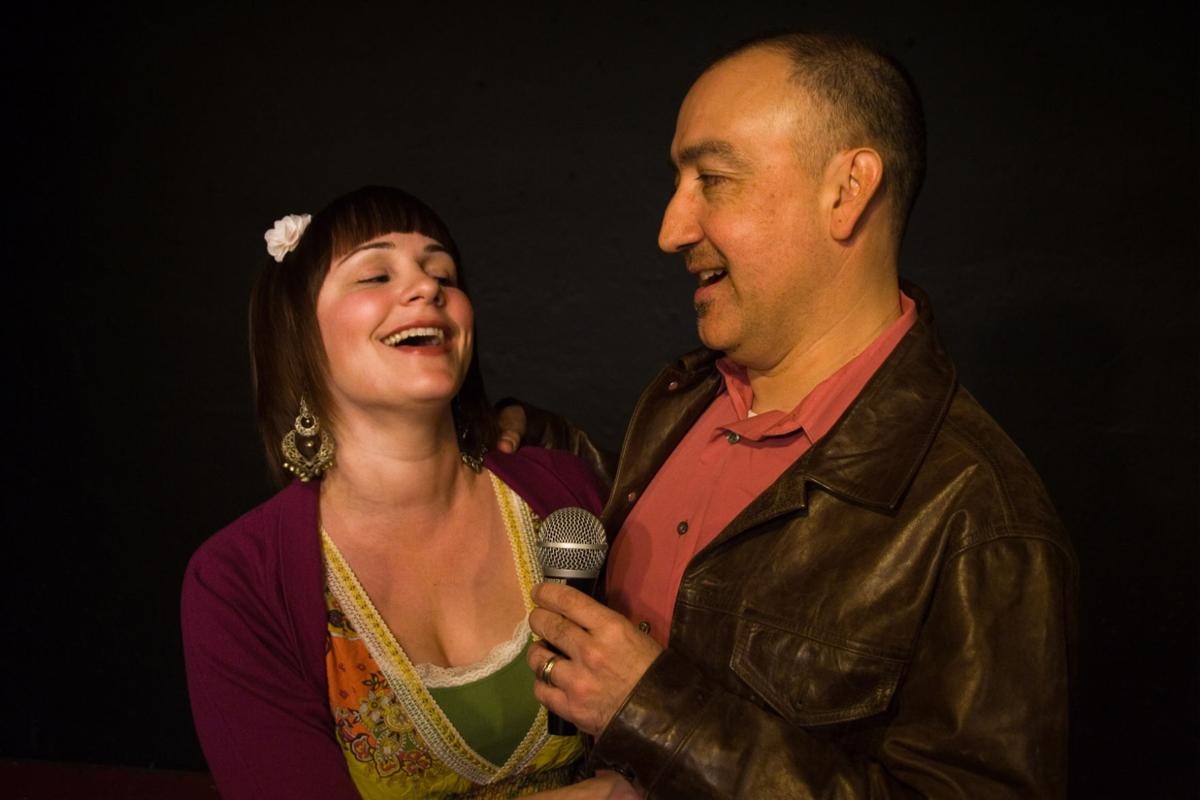 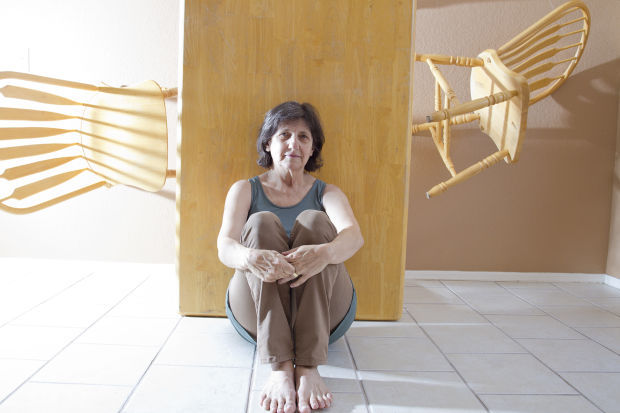 Toni Press-Coffman in Winding Road Theatre Ensemble’s “Year of Magical Thinking,” by Joan Dideon. It is one of five plays by a woman that Winding Road has produced since the 2010-11 season.

Women rule when it comes to buying theater tickets and attending theater.

But they fall far short when it comes to seeing plays women have written.

The national disparity is large:

And that number dips dramatically with many Tucson theaters:

Since the 2010-11 season through the current one, the percent of main-stage productions written by women doesn’t crack 10 percent:

“We need to do a lot better,” says ATC’s Artistic Director David Ira Goldstein. “We all have our reasons for picking this or that play. But when you look at the whole picture, we haven’t been doing enough.”

Goldstein points out that ATC invests resources in developing new plays with its National Latino Playwriting Award, which has been given to three women over the last six years. Its play reading series, Café Bohemia, has presented 20 plays since 2010-11, and nine of those were by women. Some of those have gone on to be full productions at other theaters; none have ended up on ATC’s stage.

“People who run theaters need not be defensive that our history has been mostly male playwrights,” says Goldstein. “And we need to be proactive. … Diversity is very important to what we do. We need to do more; we need to do better.”

The Rogue Theatre was co-founded by a woman, Cynthia Meier, but its productions are rarely by women.

“We are always reading plays by women,” says Meir. “But we have a classical bent, and there’s not much classical work done by women.”

Men have long had a place in theatrical history; Coming up with classics by women is a difficult task. The Rogue has produced plays by women that hearken back to classical literature, such as “Journey to the West,” Mary Zimmerman’s play based on a 16th century Chinese epic.

“There just aren’t as many choices,” says Meier. “I am making a conscious effort, and it’s difficult.”

Nationally produced playwright Kathleen Clark has had her plays staged at both Invisible Theatre and Live Theatre Workshop, as well as at other theaters around the country. But it hasn’t been easy to get her works out there, she says.

“It is so hard to write,” she says in a phone interview from New York. “Getting produced is even harder.”

She says that it’s not surprising — most producers are men.

“The plays they gravitate to are the plays that they relate to,” she said. “Give them a (David) Mamet play and they relate to it. They don’t want to produce something if they aren’t feeling it. … What we really need are more women producers who will read a play and say, ‘Oh, I get it.’”

Invisible Theatre’s Managing Artistic Director Susan Claassen is one of those women who get it. Twenty-six percent of the plays at IT since the 2010-11 season have been by women.

“I don’t think you can be gender blind” when making play selections, says Claassen.

Nor can you use gender as the sole reason for selecting a play, she adds.

“We pick the best of the plays and take into consideration many, many things. … We look for strong roles for women, whether written by a woman or a man. We look for broad-ranging stories that give a different and unique look at a familiar story.”

While most of the Tucson theaters surveyed are at or below the national average, Borderlands Theater is way up there, with 58 percent of its plays written by women.

Borderlands has close ties with the National New Play Network, which awards many of its playwright residencies to women. Those works often wind up on Borderlands’ and other small-theater stages around the country.

The company’s “Más” was one such play. Milta Ortiz wrote the piece, which is based on the struggles surrounding the Tucson Unified School District’s banning of the Mexican American Studies program. It premiered in September.

Ortiz has written eight full-length plays, and about five of those have been produced.

The most daunting prospect to her is not writing the pieces, but getting theaters to stage them.

“It’s hard to break the barrier,” says Ortiz, who is just a few years out of graduate school.

She agrees that real change won’t happen until women move up the theatrical ladder.

“We have to think about theater as a more viable business for women,” she says. “For whatever reason, women aren’t in that leadership role.”

She is not hopeful that women playwrights will have works staged at the same rate men do anytime soon.

“I think it’s a deeply ingrained bias. … I don’t think there will be parity in my lifetime.”

Tucson playwright Elaine Romero, an associate professor at the UA, has written about 83 plays. A little more than half of those — most with female protagonists — have had full productions.

“We’ve seen male protagonists all our lives,” says Romero. “We are comfortable with a certain kind of protagonist and to rewire that requires great effort.”

She sees the national effort to up the number of women playwrights produced as a good thing.

“I believe people are now actively embarrassed if it’s pointed out,” she says.

And she agrees with Clark — when women get into a position of power in theaters, more women playwrights will get produced.

“I think it’s easy to have a conversation if it’s just about playwrights,” she says. “But we have to look at it as a whole — do they run theaters? Direct? … I want to see more women running companies.”

Sabian Trout is one woman running a company — she is artistic director at Live Theatre Workshop.

Yet just 23 percent of the company’s plays have been by women since the 2010.

“I seek out great plays,” says Trout. “Sometimes they are by women, sometimes by men.”

She says she is gender-blind when it comes to selecting a play, but that she has more options available to her — the intimate space (about 90 seats) demands a more intimate production.

“When female playwrights have tried in the past to write plays that are broad or sweeping or large political pieces, they are looked upon as shrill, biting, complaining, while men are applauded. So it forced female playwrights to write more intimate, personal plays.”

Toni Press-Coffman is a playwright and a founding member of Winding Road Theater Ensemble, which has had 26 percent of its plays since the 2010-11 season written by women. A few of those have been Press-Coffman’s.

“It used to be that people said women’s plays aren’t as good, or that they don’t write plays,” says Press-Coffman. “None of those things, of course, are true.”

She has written about 20 full-length plays in the last 45 years; about half of those have had full productions.

Several years ago, after a reading of one of her plays about a woman and her four daughters, a couple of audience members said it seemed strange that there were no male characters in the play. You can’t leave a man’s point of view out, they insisted.

“I can’t?” Press-Coffman recalls responding. “Men have been doing it for centuries.”

She believes women need to be active and creative in getting their plays seen by producers. Some women have even found their own theater.

“One time another artistic director said to me, ‘Why don’t you just produce all your own plays?’” says Press-Coffman. Her response: “It’s not the Toni Press-Coffman Company.”

But producing and launching your own theater to mount plays may be an answer, says playwright Clark.

• On line: Hear Katari Hall talk about women playwrights at Tucson.com. Her play, “The Mountaintop,” was staged by Arizona Theatre Company in 2013.

• In Home + Life today: A group of Tucsonans have joined together to combat the lack of plays by women.

Recycled Stephen Schwartz songs have new lyrics, but it's not all for the best.

Must raise the money by July 1 to keep curtain up.

Katori Hall on THE MOUNTAINTOP

Katori Hall's "The Mountaintop" was one of three plays by women staged by Arizona Theatre Company since the 2010-11 season.

James T. Alfred as Martin Luther King, Jr., and Erika LaVonn as Camae bring a passionate and realistic tone to Arizona Theatre Company’s production of Katori Hall’s “The Mountaintop.” The play is one of three by women that ATC has produced since the 2010-11 season.

Toni Press-Coffman in Winding Road Theatre Ensemble’s “Year of Magical Thinking,” by Joan Dideon. It is one of five plays by a woman that Winding Road has produced since the 2010-11 season.