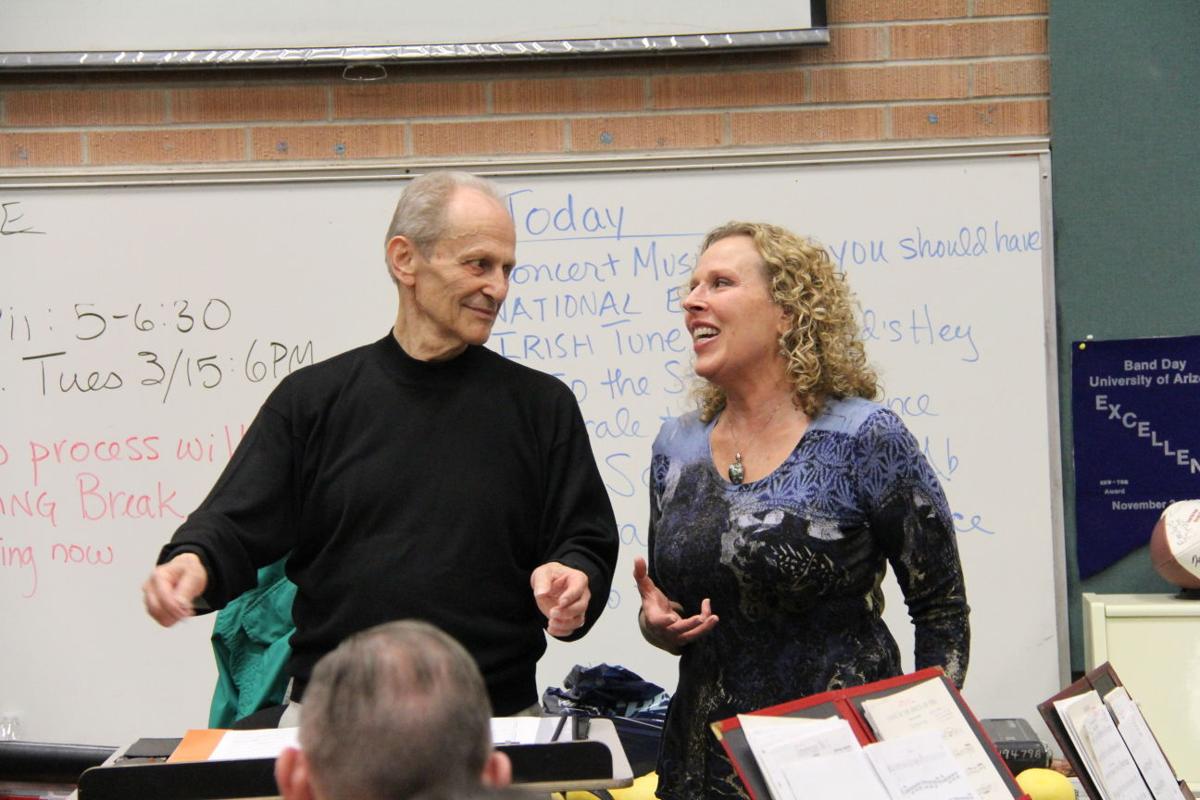 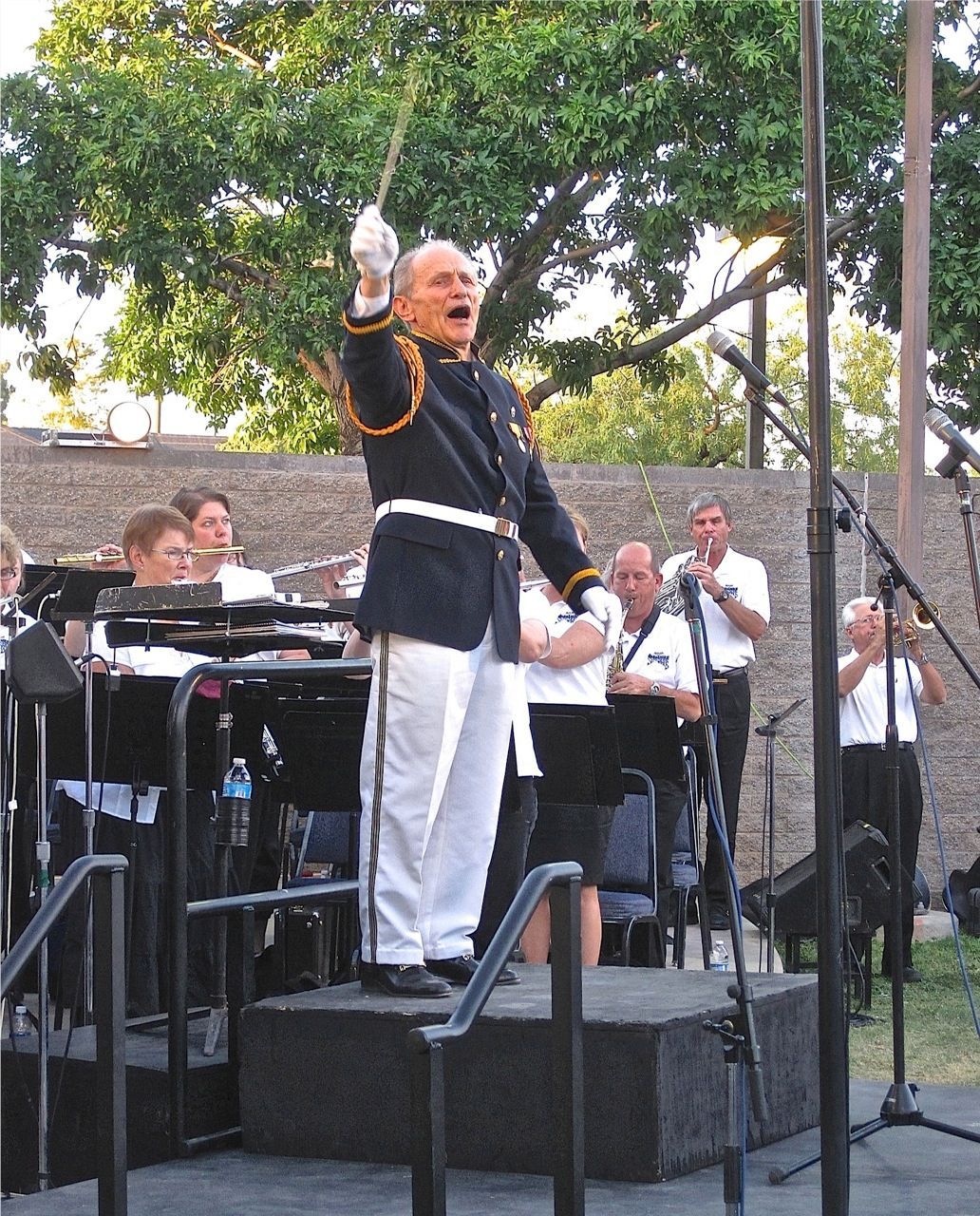 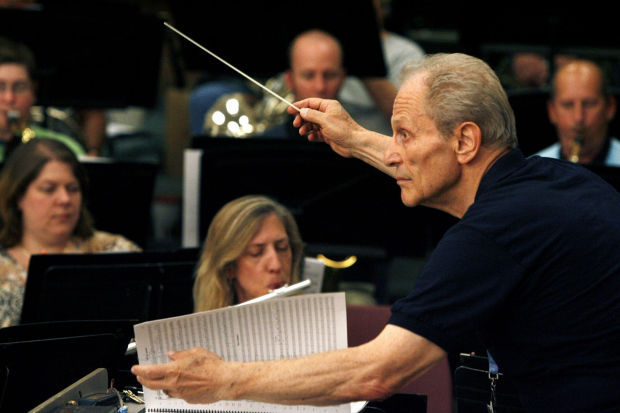 But there was one thing missing: a band to call his own.

“I just wanted to start something,” he recalled last week. “I was teaching high school and I thought what happens to all those high school kids who go on to college and don’t pursue music? I wanted to serve those kids.”

Thus was born Arizona Symphonic Winds, a band of non-professional musicians of varying experience who wanted to play with no strings attached, no pressures.

But Veres’ idea of a casual musical venture turned into an informal concert, that evolved into a few more concerts, then a full-blown concert series.

Thirty years down the road, Arizona Symphonic Winds has woven itself into Tucson’s musical fabric, establishing a reputation for its annual Veterans Day concert and its park series at the east side Udall Park, whose amphitheater was renamed in Veres’ honor several years ago.

Arizona Symphonic Winds turns 30 this year and will celebrate on Sunday, March 20, with a concert that features the return of guest vocalist mezzo-soprano Korby Myrick — a regular with the ensemble over the years — and the world premiere of a piece composed for the group by retired Hollywood composer Mark Wolfram, who now calls Tucson home.

Myrick, who also has a long history as a guest with Veres’ professional ensemble Tucson Pops Orchestra, said this is her first show with the Winds in about a decade. She moved back to Tucson last October from Connecticut, where she lived for eight years.

“When László found out I was moving back he said we have to get together. We have been musical friends for years and years,” Myrick said.

Veres described Sunday’s concert as the most challenging he has ever programmed for his ensemble, whose ranks include retired doctors and lawyers, music teachers and housewives. The program includes the brilliant finale of Brahms’ Symphony No. 1.

“This is probably the most demanding concert program I’ve put together ever. I always do something (difficult) on an indoor concert, but this time I have quite a few technically challenging pieces,” he said.

This is not the first time Arizona Symphonic Winds has performed Wolfram’s works. At its 2014 Veterans Day concert, the winds premiered his “Soldier’s Destiny.” Last May, they did Wolfram’s light-hearted “March László,” written in Veres’ honor.

For its 30th anniversary, Veres said the ensemble commissioned Wolfram to compose the nearly eight-minute long “Sonoran Celebration,” which the composer described in program notes as a concert overture “inspired by the great Sonoran desert.”

Veres said he will likely perform “March László” as an encore on Sunday.

Program: Includes arias from Saint-Saens and Rissini, pop tunes from Gershwin and the finale of Brahms Symphony No. 1, as well as the world premiere of a Winds commission from composer Mark Wolfram.

It must be fall: Winds, Pops ready to play parks series

Two ensembles have concerts throughout September.

Symphonic Winds preparing to strike up its 24th fall series

For the 24th year the Arizona Symphonic Winds, under the direction of László Veres, is ready to kick off its fall concert series at Udall Park…

Weather is fine, it's time to enjoy park music

Six weeks after undergoing heart surgery, conductor László Veres﻿ was back at the podium two weeks ago to conduct two big works during a joint…

Conductor plays a duet with his granddaughter as part of Sunday's spring concert.

The orchestra is beginning a search for his replacement with Sunday's series opening.