Walter Mondale, liberal icon who lost in landslide, dies at 93

Wash away the old, bring in the new with Tucson's virtual Chinese New Year festivities
Share this
1 of 2 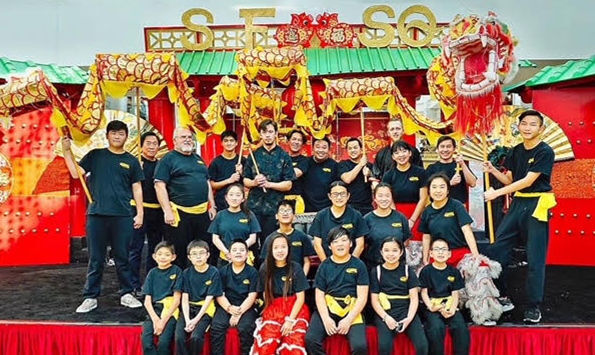 This year’s Chinese New Year is the year of the Ox.

By Yasmin Acosta For the Arizona Daily Star

The Chinese New Year, which follows the lunar calendar, is the most important holiday in China. Every year, the 15-day festivities are celebrated with family, traditional food, art, music and performances.

This year — the “Year of the Ox” — is no different, said Susan Chan, the center’s executive director.

“We, the board, decided we could not cancel the event. Basically, Chinese New Year is to wash away the old and bring in the new,” which Chan said is exactly what people hope for during times like this.

Events on Saturday include a virtual cooking class on Chinese dumplings at 10 a.m. and a virtual cultural concert at 6 p.m. that will include Chinese folk dancing, singing, lion dancing and a group from Wuhan, China, performing from the Yellow Crane Tower in Wuhan.

All performers have been asked to wear masks at all times, social distance and wash their hands. Equipment will also be cleaned between performances, organizers said.

“We’re going to be streaming it to different parts of the country (and) to China,” Chan said.

Events will be streamed on the center’s YouTube channel, tucne.ws/tccc. Pull up a seat with a little something from one your favorite local Chinese restaurants and wash away the old.

Yasmin Acosta is a University of Arizona journalism student apprenticing with the Star.

Where: The festival will be online in response to the COVID-19 pandemic through the center's YouTube channel, tucne.ws/tccc.

When: 6 to 8 p.m. Saturday, Feb. 13; a virtual cooking class focused on Chinese dumplings will be held at 10 a.m. Saturday, a one-off of the center's monthly cooking classes held on the second Saturday of the month.

This year’s Chinese New Year is the year of the Ox.