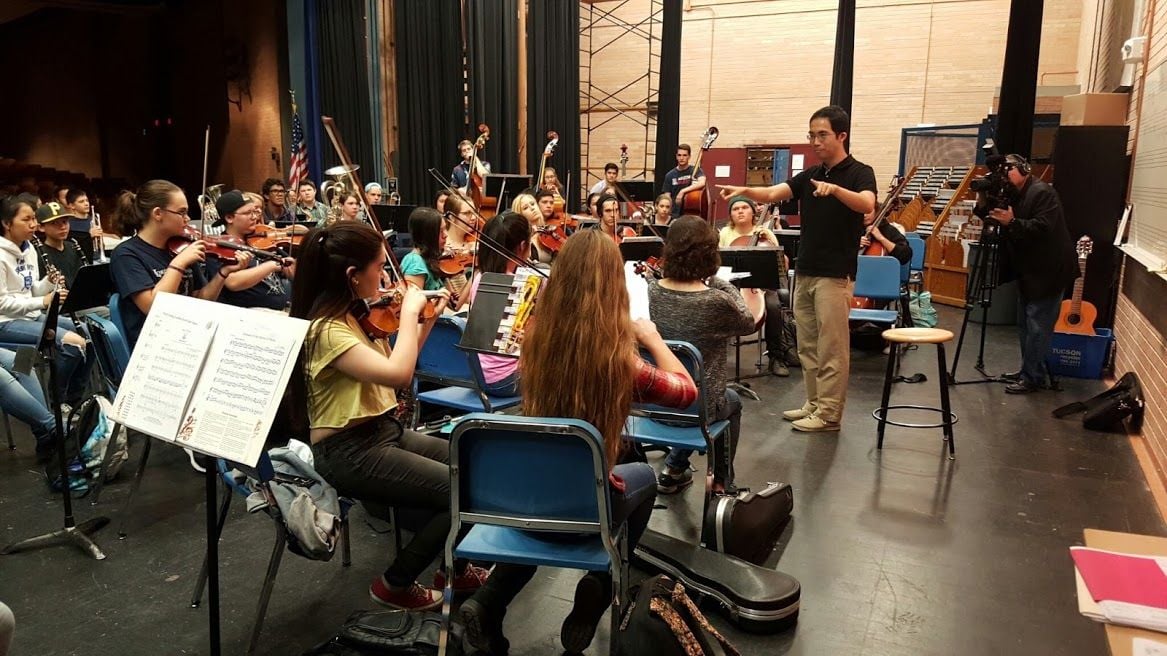 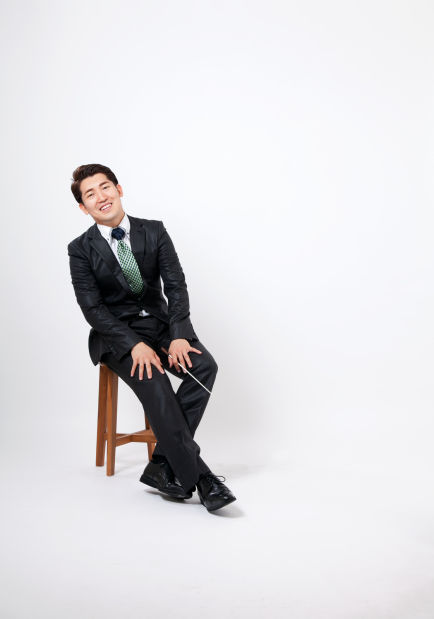 Hawaiian composer Takuma Itoh never intended that his League of American Orchestras residency with the Tucson Symphony Orchestra this week include a world premiere.

But this weekend, in three concerts beginning Friday, Nov. 6, in Oro Valley, the TSO will perform the orchestral version of Itoh's "Ripple Effect." Keitaro Harada, newly appointed Cincinnati Symphony and Pops Orchestra associate conductor, will be at the podium.

"The whole plan of this was not to do a premiere. World premieres are easier to do because they are flashy," he said. "But I guess this became the world premiere of the orchestrated version.

"I had a smaller chamber version that was played two years ago ... in Massachusetts," he added. "For Tucson, I get to hear the entire piece. I'm looking forward to hearing it a number of times, which is unusual for me. Usually I hear one performance then go home, but this time I get to hear it three times. Maybe I will be tired of my own piece by then," he said Monday.

As part of his TSO residency, Itoh spent time last weekend with the TSO's Young Composer Program, "which is an extraordinary program; I have never seen anything like it." On Tuesday, he led classes with Tucson orchestra students at two high schools — Sahuaro and Rincon/University.

The League of American Orchestra’s "Music Alive: New Partnerships Residency Plans" is designed, according to the group, to establish new relationships between composers and orchestras, and to help orchestras present new music.

In addition to Cincinnati, Harada also is associate conductor of the Arizona Opera and the Richmond Symphony in Virginia.

What: Tucson Symphony Orchestra "The Strausses & A Young Master."

Tickets: $45-$55 through ticketmaster.com for Tucson shows, at the door or by phone at 797-3959 extension 1 for Oro Valley, which is presented by the Southern Arizona Arts and Cultural Alliance (saaca.org).

Composer Takuma Itoh is spending a week with the Tucson Symphony Orchestra. The ensemble will perform the world premiere of the fully orchestr…

Orchestra expected to name Hanson replacement in the spring.