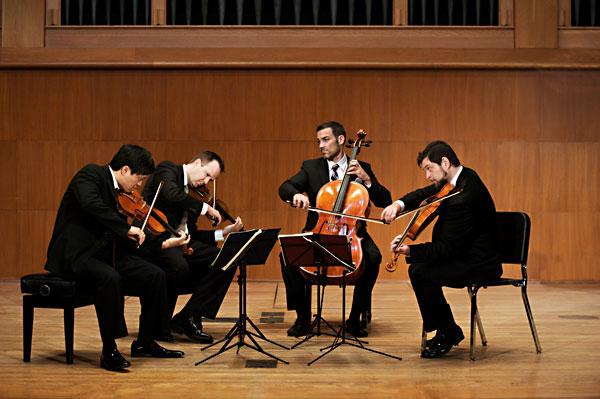 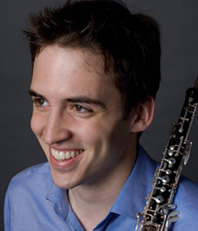 It's not often in Tucson that you get to see an oboist in the leading role of a concert.

The oboe is usually part of the orchestra, squeezed somewhere in the winds section, jockeying for attention between the trumpets and flute. Their solo lines in concerts are glorious, albeit rarely spotlight grabbing, and even rarer still do you actually glimpse the oboist in action.

At the third concert of the weeklong Tucson Winter Chamber Music Festival at Leo Rich Theater on Wednesday, oboist James Austin Smith showed us what we have been missing.

Smith joined a cast of festival musicians to perform Kevin Puts' 1997 Concerto for Oboe and Strings, a piece that Puts wrote when he was 19. The concerto was bookended on the program by Beethoven's fanciful String Trio in G major performed with exuberance and passion by violinist Martin Beaver, violist Paul Coletti and cellist Antonio Lysy; and Elgar's dynamic Piano Quintet in A minor, a showcase piece for the festival's headliners Miro Quartet and pianist Kevin Fitz-Gerald.

Puts' concerto is filled with sweeping cinematic flourishes. At points it sounds like the soundtrack to a movie scene where two lovers run across a windswept field to embrace in the middle.

Double violins (Beaver and Sandy Yamamoto) and cello (Lysy) opened the piece with a sense of urgency and drama. The double bass (Philip Alejo) added a rich percussive jolt that invited Smith to join in.

Smith, 30, inhaled a breath of air and blew into the reed creating a sweet soundscape that picked up where the strings left off. His tone was rich and flawless, singing out a melody that rang with soaring clarity.

Smith was mesmerizing as he stole a breath then immediately spent it on the next notes. Puts placed a lot of notes on the lips of the oboe, and at times you wondered if Smith or anyone could conjure the lung capacity needed to pull it off.

During his solo turns, Smith's performance frankly left us breathless. At one point in the first movement he took a a wisp of a breath and then launched into a sprinting passage that ended on an impossibly high note. The piece settled down a few moments later, allowing him mere seconds to inhale  before the oboe entered again at a more deliberate pace.

The audience, which was generous in its applause during the opening Beethoven String Trio in G major, bolted to its feet for a rousing standing ovation.

The Miro Quartet and pianist Fitz-Gerald also earned a standing ovation for a breathtaking, dynamic performance of Elgar's stunning Piano Quintet. The drama and energy was electric and the only disappointment was that the piece ended.

Where: Performances are at Leo Rich Theater, 260 S. Church Ave.

Tickets: $30, $10 for students at the door or online at arizonachambermusic.org; add $1 service fee for online tickets. $160 for Saturday's Gala.