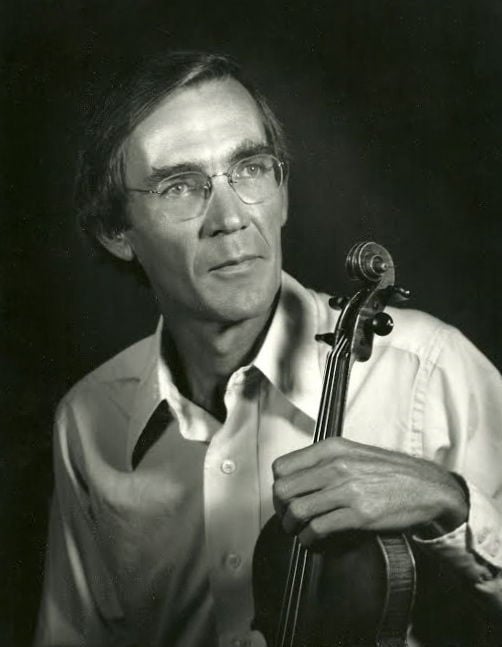 John Ferrell, who came to Tucson in 1974 from the University of Iowa, died Nov. 8 after years with the TSO. Read the article here. 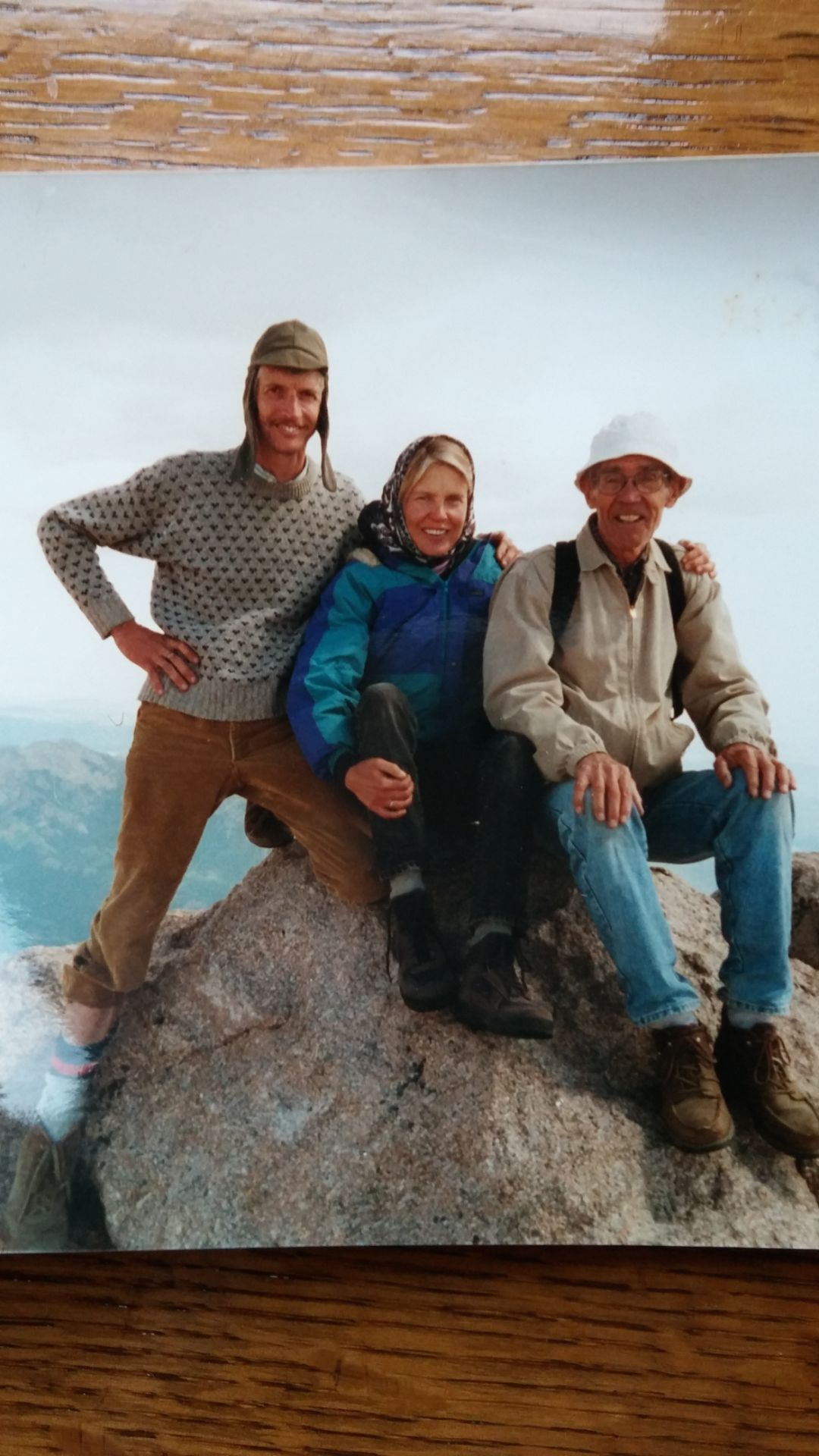 John Ferrell was 78 when he made this 14,000-foot climb up Long’s Peak in Colorado with his daughter Suzanne James and her husband, Sam. James says her father trained by riding his bike up to 30 miles a day.

A memorial service will be held Wednesday, Nov. 25, for John Ferrell, the longtime Tucson Symphony Orchestra concertmaster and University of Arizona violin professor who died Nov. 8.

Ferrell died in a Tucson care facility where he was being treated for Alzheimer’s disease, said his nephew, Charles King. Ferrell was 90.

Ferrell was often credited with elevating the TSO’s musical stature by bringing a wider range of repertoire to the stage. He took solo turns at concertos by everyone from Bach to Barber, and guest soloed with orchestras throughout the U.S., Canada and Europe.

“The impression you got from John Ferrell was that he was always more than well-prepared,” recalled Arizeder Urreiztieta, who was a music critic at the Arizona Daily Star in the mid-1980s and had met Ferrell years earlier as a UA student in the 1970s. “He played with such authority and technical brilliance that it left no room for any doubt that he was at the very top of his game. ... He was amazingly consistent. You never saw him have an off night.”

“He was absolutely a perfectionist,” added his daughter Suzanne James, who lives in Iowa. Music “was completely what he did in his life.”

James said her father was destined to become a musician even before he was born on March 14, 1925, in Maryvale, Missouri. Her grandmother would play recordings of Metropolitan Opera performances while she was pregnant with Ferrell, surrounding him in the beauty of classical music.

James said her father was a child prodigy, taking up violin at age 6 after hearing a recording of violin master Fritz Kreisler.

“That’s what gave his life meaning, gave his soul meaning,” she said.

The violin was strictly for classical music, but to earn extra money to put himself and his sister through college, Ferrell played piano in a jazz band. His sister, who was King’s mother, later became an opera singer, King said.

Ferrell arrived in Tucson in 1974 after teaching at the University of Iowa and playing second violin with the Stradivari String Quartet. The ensemble was recognized in the 1960s as one of the finest of its kind, touring throughout the U.S. and Europe.

Bill Preucil, the Stradivari violist with Ferrell, said in a prepared statement that the quartet members had agreed to pursue the highest standards of music-making, which meant rehearsing six days a week.

“John’s contribution to our work stemmed from a deep knowledge of musical traditions and were always presented with logic and with a sense of humor when necessary,” Preucil said. “I am so happy to have had such a consummate musician and dear friend in my musical life.”

King said Ferrell was the reason he went into music.

“He would visit our family and ... at some point he would get that violin out and he would play,” King, a classical guitarist and freelance musician in Tucson, recalled. “He would make this amazing sound that would fill up the whole house. It inspired me and that’s when I started playing violin at 6 years old.”

When he was older, King followed his uncle to Tucson, where he earned his master’s and doctoral degrees at the UA in classical guitar.

King will perform at Wednesday’s memorial service with Ferrell’s daughters James, a pianist, and Rebecca Ferrell-Henrich, who teaches and plays cello in Germany.

James said she last saw her father over the summer.

“You could still have great conversations,” she said, describing her father’s Alzheimer’s as mild. “My sister would come in and play the cello and he would coach her on her bowing.”

James, who writes poetry, said she would read her new poems to her father during her frequent visits from Iowa.

On one visit, she told her father that she had not written anything new.

“He told me, ‘You must always, always write. Every day,’” she recalled. “He was very passionate about being a creative person and being a musician.”

James said her father quit playing violin when he was 80, which was about the time he stopped doing a lot of things he loved, including riding horses.

In addition to his music, Ferrell was a longtime, avid horseman and owned several horses that he trained and showed in competitions with his second wife, Carol, who also was a violinist. When he could not longer play violin at the level he wanted, Ferrell took up piano and accompanied his wife in recitals.

In addition to James and Ferrell-Heinrich, Ferrell is survived by his daughter Norma Starkman of Los Angeles; four grandsons and a great-grandson. Carol Ferrell predeceased him.

Suzanne James said her father was influenced by Fritz Kreisler to start studying violin when he was 6 years old.

John Ferrell, who came to Tucson in 1974 from the University of Iowa, died Nov. 8 after years with the TSO. Read the article here.

John Ferrell was 78 when he made this 14,000-foot climb up Long’s Peak in Colorado with his daughter Suzanne James and her husband, Sam. James says her father trained by riding his bike up to 30 miles a day.