Read Today's E-Edition
Share This
Tragic end for Bisbee duo; wife dies in hospital, husband kills self
Share this
1 of 2 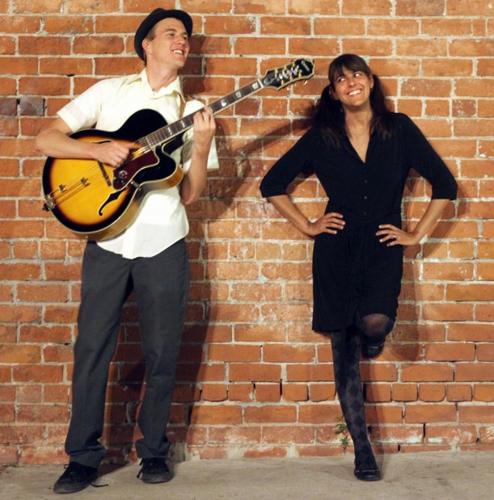 Derrick and Amy Ross, both of Bisbee, were Nowhere Man and a Whiskey Girl, and performed fairly often in Tucson. 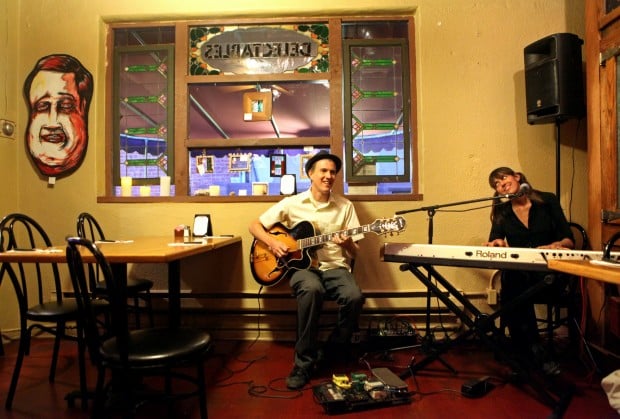 Derrick and Amy Ross perform as Nowhere Man and a Whiskey Girl at Delectables Restaurant & Catering in Tucson.

Many people who knew Derrick and Amy Ross considered the couple inseparable.

The husband and wife team played Americana music under the name Nowhere Man & A Whiskey Girl.

They were regular faces at venues around Tucson and in Bisbee, the city that they called home.

"Everyone loved them," said Connie Finck, owner of Bisbee's Copper Queen Hotel, a popular spot for the Rosses. "They brought a lot of joy to a lot of people."

Amy died on Monday at Tucson Medical Center. A blood infection brought on by ongoing dialysis had weakened her heart to the point that she required surgery.

Less than 24 hours later, Derrick committed suicide in the home the couple shared.

Touring comedian Doug Stanhope, who with his girlfriend Amy Bingaman rented the home to the Rosses, confirmed that Ross shot himself sometime between Monday night and Tuesday morning.

"After (Amy) died, he kept telling people he was OK," Stanhope said. "Evidently he bought a gun on the way home from the hospital. We found a receipt."

The news of their deaths, announced by Stanhope posing as Amy on her Facebook page, resulted in a flood of condolences from friends and fans of the group.

Nowhere Man & A Whiskey Girl had a strong following throughout Arizona, said Carlos Arzate, a Tucson musician who met the couple while performing gigs at the Bisbee Royale.

The Rosses had been married for 13 years and had performed as a duo since 2003.

Arzate would often guest with them when they performed in Tucson and they would sit in with him at shows in Bisbee.

He had spoken to Derrick a few weeks ago.

"He told me Amy was sick but also told me that when she gets better, we were going to put on some shows," Arzate said. "There was a lot of talk of future in his voice."

When they couldn't make a performance, they would offer it to Derrick and Amy and vice-versa.

"He wanted us to fill in for a couple of gigs," Reyes said. "He explained to us that Amy was in the hospital and wasn't doing well."

In a podcast posted by Stanhope late last week on his website, dougstanhope.com, Derrick Ross was candid about Amy's health.

Ross said Amy had been on dialysis for six years because of lupus and the doctors initially didn't give her more than four years to live.

He spoke about the blood infection that had damaged her heart and how she needed to have two valves replaced. As of press time, it was not known if Ross died before or during surgery.

She had already been in the hospital more than a week.

"I am pretty freaked out," Derrick said during the podcast.

Stanhope and the group made light of the situation because "we weren't worried," he said. "We really thought she was going to survive."

Within hours of the announcement of Derrick Ross' death, memorial gatherings were already being planned for Tuesday night — one at the Historic Bisbee Grand Hotel in Bisbee and the other at Delectables restaurant on North Fourth Avenue.

Delectables owner Donna DiFiore said the Rosses had been playing Delectables since her 17-year-old daughter was just a little girl.

"We would be driving in the car and she would ask me, 'Mama, can you put on Nowhere Man?' " DiFiore said.

The restaurant was already planning a fundraising event for Derrick and Amy to help pay down their medical bills from the hospital stay and surgery.

Until recently, Nowhere Man and a Whiskey Girl was performing at the restaurant up to four times a month.

"They were so sweet and lovely," DiFiore said. "What they had was beyond love. It was like watching an old television couple, like Lucy and Desi. You could see it when they looked at each other. They were more than just husband-and-wife. They were soulmates."

Condolences flood in for Nowhere Man and A Whiskey Girl

Old friends and fans take to Facebook to offer memories and insight into couple's tragic passing.

"If Only I" by Nowhere Man and a Whiskey Girl

Derrick and Amy Ross, both of Bisbee, were Nowhere Man and a Whiskey Girl, and performed fairly often in Tucson.

Derrick and Amy Ross perform as Nowhere Man and a Whiskey Girl at Delectables Restaurant & Catering in Tucson.