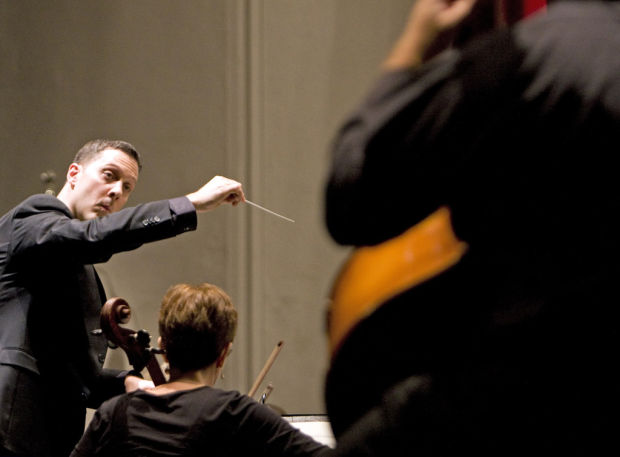 Tucson Chamber Artists, conducted by Eric Holtan, will record a CD of works that are world premieres. 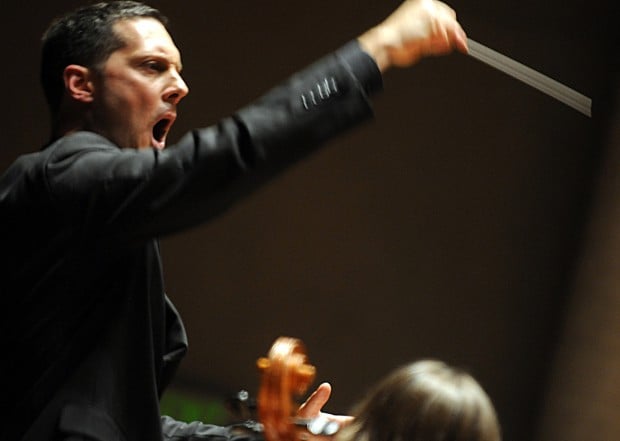 Tucson's True Concord Voices & Orchestra is  up for two Grammy Awards for its months-old album "Far in the Heavens: Choral Music of Stephen Paulus."

The ensemble is up for Best Choral Performance and Paulus was nominated for Best Contemporary Classical Composition for "Prayers & Remembrances," the work that Paulus composed for True Concord in 2011 that anchors the album. The piece, commissioned for the group by Dorothy Dyer Vanek, commemorated the 10th anniversary of 9/11 and was premiered on the anniversary with the Tucson Symphony Orchestra at Centennial Hall.

True Concord released "Far in the Heavens" on Sept. 11 on the day the ensemble made its debut at Lincoln Center.

Paulus helped True Concord record the album in May 2013. Two months later he suffered a devastating stroke from which he never recovered. He died on Oct. 19, 2014; he was 65.

The Grammys will be awarded from Los Angeles on Feb. 15.

True Concord is the first classical ensemble from Tucson to be nominated for a Grammy.

And then there was the Grammy nomination

and Remembrances" as a three-part journey; the Grammy nod is a bonus trip.

Shoots up eight spots to land in the top 10.

True Concord's album is up for two Grammys.

Tucson Chamber Artists, conducted by Eric Holtan, will record a CD of works that are world premieres.