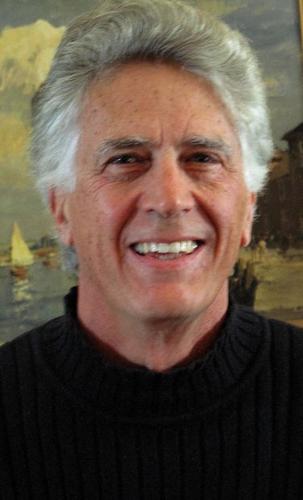 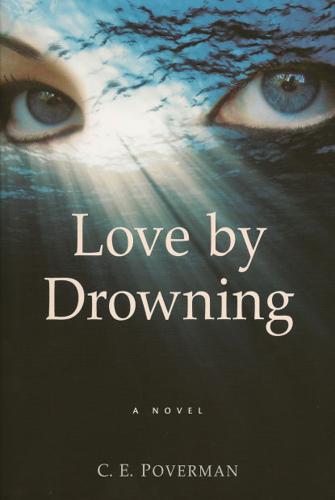 Author C.E. Poverman doesn’t preconstruct his complex, richly nuanced characters. He discovers who they are as he writes.

In his latest release, “Love by Drowning,” Poverman — who goes by “Buzz,” the nickname his mother gave him as a baby — wrote and collected scenes and situations from which the multilevel characters percolated.

“ ‘Love by Drowning’ is a wonderful combination of literary fiction and thriller, with the most scary and compelling female protagonist I’ve ever run across. There is a scene where she arrives in Tucson that gives me goosebumps just to think about,” says Christine Burke, who owns mystery bookstore Clues Unlimited.

“Buzz’s ability to create rich characters and situations combined with the thriller plotting gives the reader a multi-textured experience that goes well beyond the usual thriller.”

Poverman, who retired from teaching in the University of Arizona creative-writing program two years ago, will introduce “Love by Drowning” to Tucson readers during events Friday at Clues Unlimited and Sept. 19 in the Arizona Prose Series.

“The first book of his that I read was “On the Edge,” which I loved for the way he used crime fiction elements — a private investigator character — in literary fiction,” Burke says.

The genesis for “Love by Drowning” was Poverman’s reading of a news article about a man being pulled overboard by a marlin, not unlike the opening scenes of the book.

Poverman, who grew up in Connecticut around boats and the ocean, says he was struck with “remarkable terror” as he read about the incident. He tucked away the story, not realizing it would be the foundation for a novel.

About a year later, Poverman, his mother, his wife and their two children, along with two nephews, were vacationing in 1996 at a beach house in Madison, Conn. His father, who had owned and worked boats, had died the previous winter.

The sense of loss that permeated the house and the testosterone-driven rivalries among his nephews and his own children, playing out against the backdrop of the ocean and boats, churned intense emotion.

“I just started writing,” he says. For the next five to six weeks, he wrote something every day. An image. A scene. A notion.

Eventually he had written 50 to 60 scenes that he clipped, organized and pasted together into a loose structure.

“The structure allows you to release your characters,” he says. He did not sketch out the characters, who are decidedly not stereotypical, and their unexpected traits before writing the novel.

“You write so you can discover the nature of the characters, discover what they are.” He says the ocean and boats became characters in this psychological mystery that revolves around two brothers and an enigmatic woman.

Over the next five years, Poverman worked on the novel — sometimes night and day, other times trimming and fiddling— and finished in 2001.

It took more than a decade of haggling with agents to find the right publisher for “Love by Drowning” — El León Literary Arts, publisher of Karl Marlantes’ acclaimed novel, “Matterhorn,” about Marines fighting in Vietnam.

He was exhausted after finishing the book, but says he had to “get on with it.” During the time between finishing and releasing it, he wrote two other books and taught classes at the university.

“I always believed in the book,” which he views as his best yet. Four other novels and two collections of stories highlight his vita.

Poverman worked odd-job stints as bartender, dynamiter, house painter and family counselor. A Yale grad with a master’s degree in fine arts from the University of Iowa, he taught at St. Xavier’s College in Ahmedabad, India, in the Fulbright U.S. Scholar Program. He took home the Iowa School of Letters Award for Short Fiction for his first book of stories, “The Black Velvet Girl.” He joined the UA faculty in 1977.

Poverman recently finished another novel and is writing a screenplay based on “The Black Velvet Girl” collection. “I’m just getting started,” he says.

“My Father in Dreams”

Anne Heche has been taken off life support

Anne Heche has been taken off life support