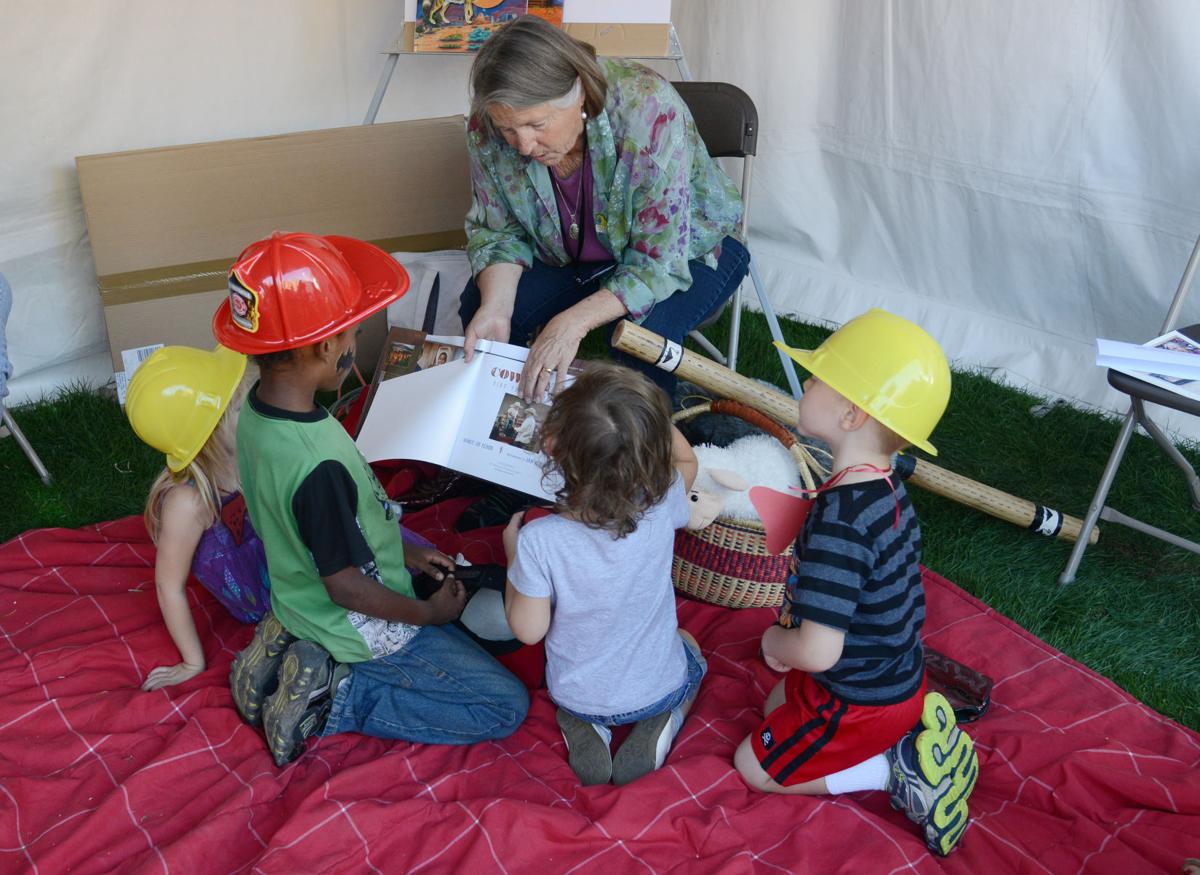 Nancy Bo Flood reads one of her books to kids under the Story Blanket tent during the 2016 Tucson Festival of Books. 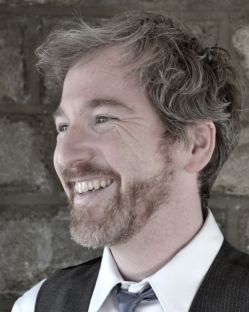 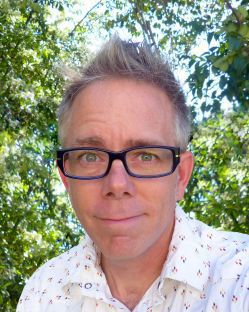 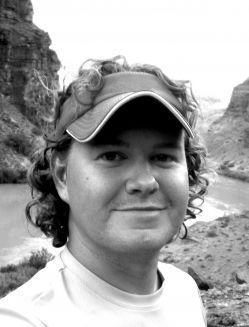 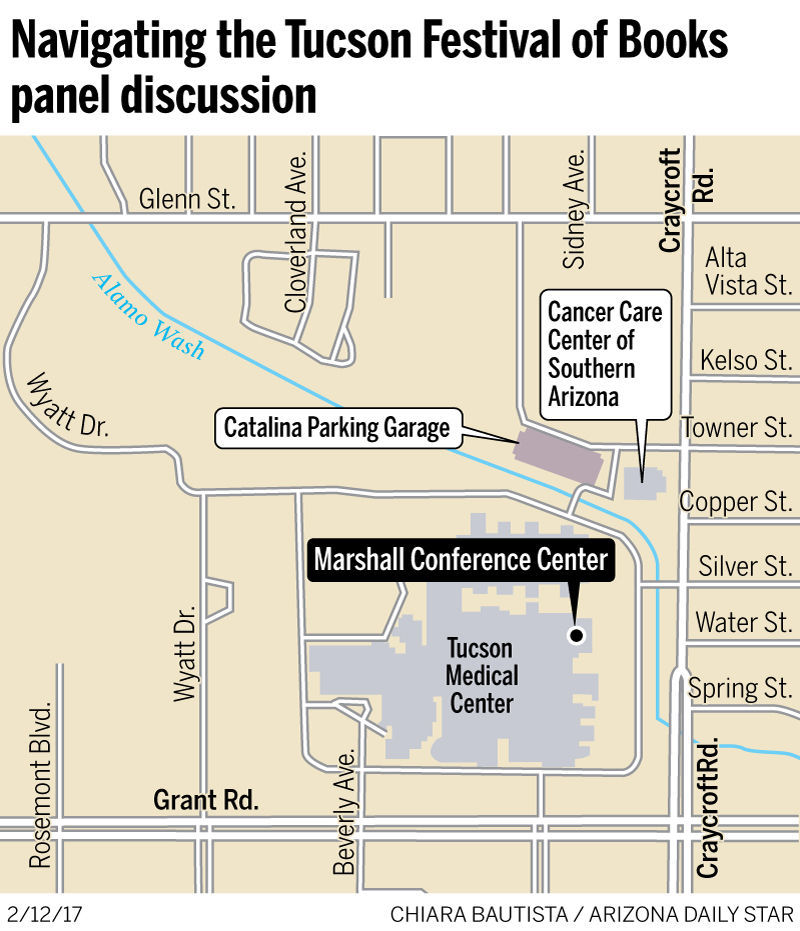 The Children and Teens Area, one of the largest and most popular sections of the Tucson Festival of Books, will offer literature-based learning activities, entertainment and a ramped up area for those 13 to 19 years old.

The festival is set to fill the University of Arizona Mall with authors, vendors, presentations and panel discussions from 9:30 a.m. to 5:30 p.m. Saturday and Sunday, March 11-12. About 130,000 are expected to attend.

Characters and kids will kick off the festival when the Storybook Parade steps off at 9:30 a.m. Saturday, March 11 outside the UA BookStore in the Student Union Memorial Center and marches to the festival’s Children’s Area.

Mariachi los Toritos from John E. White Elementary will lead a parade of favorite characters, including Splat the Cat, Pete the Cat, Berenstain Brother and Sister, Clifford, Corduroy and Spot, brought in by UA Bookstores. Arizona Public Media and PBS will be bringing Super Why and WordGirl to the parade.

Kids and parents in character costumes can join the parade, say organizers.

The parade ends in the Children’s Area, which seems to bring the pages of books to life.

From page to festival

“We want to make sure teens feel welcome (at the festival),” says Pamela Park, chair of the teen activities subcommittee.

Adjacent to but separate from the Children’s Area is a new space for those too old to be accompanied by parents and not yet adults, says Park, the youth services librarian at the Nanini Branch of the Pima County Public Library.

Teens can “hang out and replenish” in a teen lounge, says Park. In addition, teens can meet young adult authors and get writing advice from them in the lounge.

In a maker tent — aka the Teen Activities Tent — teens can make a zine (that’s teenspeak for magazine), paper, buttons and prints. And there will be a free book giveaway for teens.

Authors of graphic novels — including Nathan Hale, author, illustrator of the Hazardous Tales series on historic subjects like the Alamo and Harriet Tubman; Matt Phelan, whose latest graphic novel is “Snow White”; James Burks, author of the Bird & Squirrel series — will be in the Children and Teen Area, said Short, a professor in the UA College of Education and director of Worlds of Words.

The festival will also have workshops on creating graphic novels, Short says.

In addition, Short says authors and illustrators who worked together on a book will be paired for discussions, including:

A few of the don’t-miss authors and what they will be discussing include:

Alexandra Bracken, of Scottsdale, is the author of the Darkest Minds series, which has been optioned for film. Star Wars fans might recognize her name, she wrote “Star Wars: A New Hope The Princess, the Scoundrel, and the Farm Boy.” She’ll be on panel discussing dystopias and will talk about writing about alternative worlds, people caught in conflicts and stories of courage and survival.

James Dashner undoubtedly a headliner in the young adult area, is author of the Maze Runner series, which has been made into two movies, with a third scheduled for release in 2018. His newest book is “The Fever Code,” a prequel to “The Maze Runner.” He will be creating dystopias and characters who struggle to save their world. Dashner is among the speakers in the Education Kiva, which will require free tickets.

Nikki Grimes was chosen as the 2017 Laura Ingalls Wilder Award winner, adding to her many awards for her more than 45 books for children and adults. She will be a teaming up on panels exploring racial injustice and bullying as well as sharing strategies and forms of poetry that children can try, including a technique from her newest book, “One Last Word: Wisdom From The Harlem Renaissance,” and “Garvey’s Choice.”

Ellen Hopkins, who writes in verse, is the author of 11 young-adult novels and several adult novels. She focuses on tough issues such as abuse, addiction and suicide — in verse. She will be on a panel discussing how real-life experiences influence her books, as well as giving writing workshops for teens, and sharing advice and strategies for how to tell a story in poetry through writing a novel in verse.

Grace Lin, a National Book Award finalist for 2016, for “When the Sea Turned to Silver,” which is part of a fantasy trilogy in which the characters go on a quest. There are always stories within story and each is based in Chinese folklore, Short says.

Trudy Ludwig’s books — “The Invisible Boy,” “My Secret Bully,” “Just Kidding,” “Sorry!,” “Trouble Talk®” and “Too Perfect” — have received national praise for helping children in grades K-8 cope with and thrive in their social world. She will be discussing bullying as well as creating communities of kindness and caring.

Yuyi Morales, originally from from Xalapa, Mexico, is the first Latina to receive the Caldecott Honor for “Viva Frida” in 2015. “Niño Wrestles the World” made her the first author/illustrator to win the Pura Belpré Award four times. Her newest picture book is “Niño’s Horrendous Hermanitas.” She will be discussing how she combines media in an illustration and will participate on panels discussing the need for books with Latino content.

Antonio Sacre is a touring bilingual (Spanish/English) storyteller, author and performance artist. His picture books include “My Name Is Cool” and “La Noche Buena: A Christmas Story.” He will join Morales, Angela Cervantes and Juana Martinez-Neal in a discussion on the lack of diversity in children’s books and the need for books with Latino content. He will also read from his newest book, “A Mango in the Hand” and give storytelling performances of bilingual stories.

Maggie Stiefvater, author of the Shiver Trilogy, The Raven Cycle series, “The Scorpio Races” (a Michael L. Printz Honor Book) and “Pip Bartlett’s Guide to Unicorn Training,” part of a middle-grade fantasy series, will be discussing zombies, unicorns and other magical and fantasy adventures and themes as well as girls who don’t wait to be rescued.

“I Can Read” character breakfast

Complementing the festival, a breakfast with readings, activities and photo opportunities with characters is set for 8:30 a.m. Sunday, March 12 in the South Ballroom of the Student Union Memorial Center. The breakfast celebrates the 60th anniversary of the Harper Collins “I Can Read” series and a special edition “I Can Read” book will be included with each paid child’s ticket. Cost is $20 per child and $15 per adult. All children must be accompanied by an adult paid admission. Details: shop.arizona.edu/characterbreakfast

Learn to navigate the book festival

A panel discussion — “Navigating the Tucson Festival of Books” — is set for 6:30 p.m. Tuesday, Feb. 28 in the Tucson Medical Center Marshall Auditorium.

During the hour-long session, panelists directly involved in the book festival’s development and operation will explain and explore:

The session is free, but registration is required as seating is limited. Register at tucson.com/workshop

The Star is a festival named sponsor and TMC is the presenting sponsor.

The children and teen areas at the Tucson Festival of Books need volunteers and have fun jobs designed to inspire and entertain in their activity tents and stages as well as author support, said says Lindy Mullinax one of the co-chairs of the festival’s volunteer committee.

There are plenty of volunteer jobs at the in most areas of the festival.

To volunteer at the festival go to tucsonfestivalofbooks.org and click on “Volunteer with us” on the left side of the page. There you’ll find the volunteer jobs that need to be done, the number of slots available, the time frames — festival weekend, pre-festival and post festival, and volunteer registration form.

What: Two days of exhibits, presentations, panel discussions and hands-on activities with about 400 authors that attract more than 130,000 book-lovers.

Sponsors: The UA and the Arizona Daily Star are named sponsors and Tucson Medical Center is the presenting sponsor. Net proceeds will promote literacy in Southern Arizona through the Tucson Festival of Books, a nonprofit organization.

Mobile: Apps are also available for iPhone and Android devices.

Bonus: The comprehensive Tucson Festival of Books pullout guide will be in the Star on Sunday, March 5.

Nancy Bo Flood reads one of her books to kids under the Story Blanket tent during the 2016 Tucson Festival of Books.