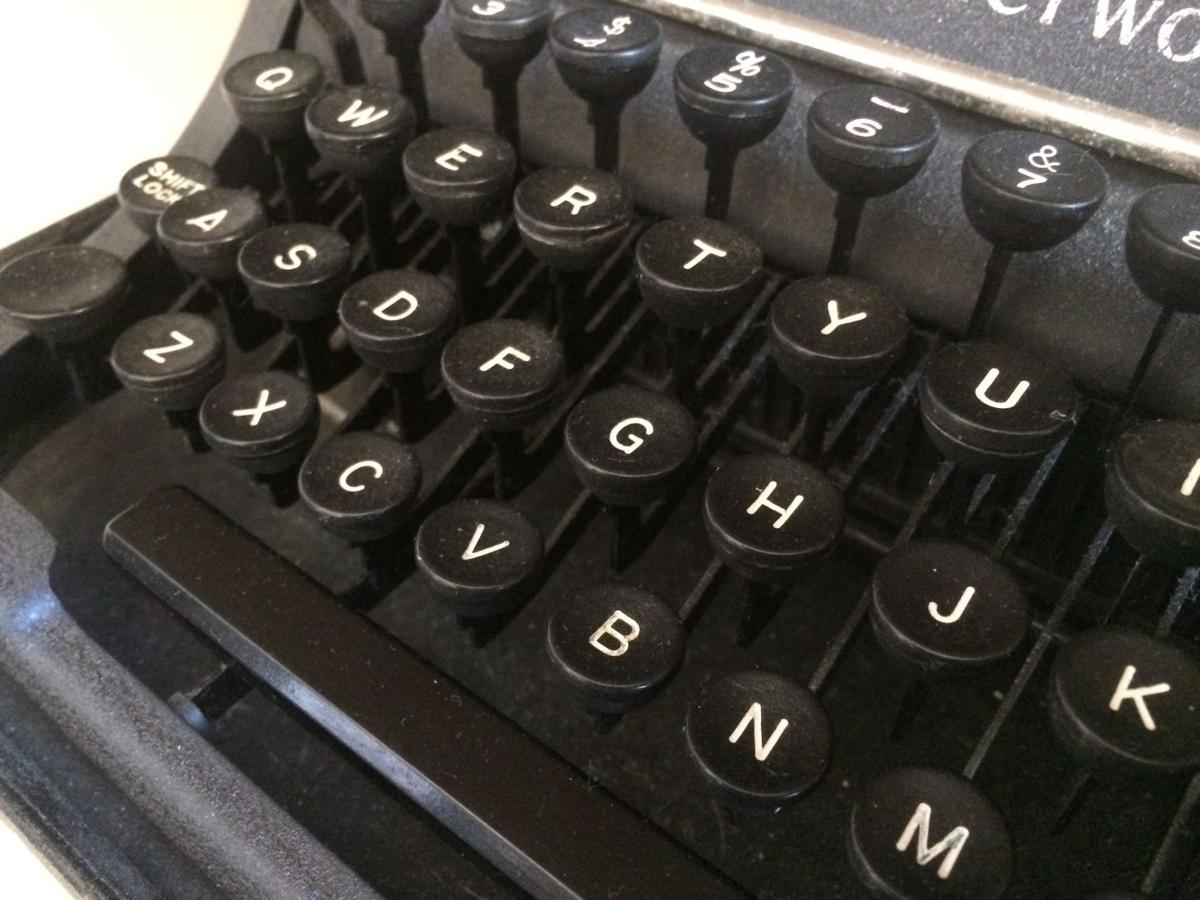 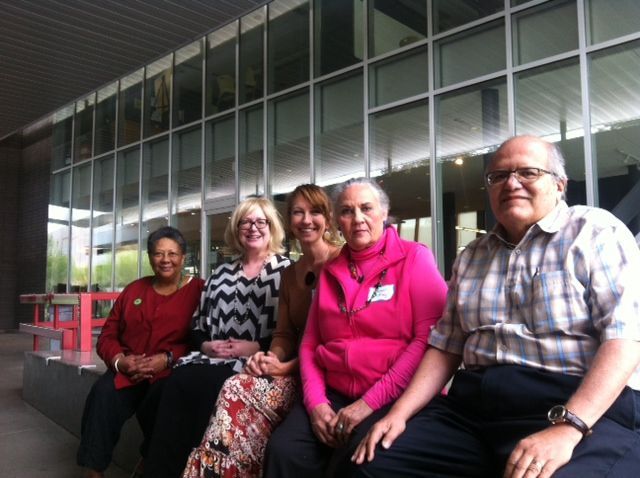 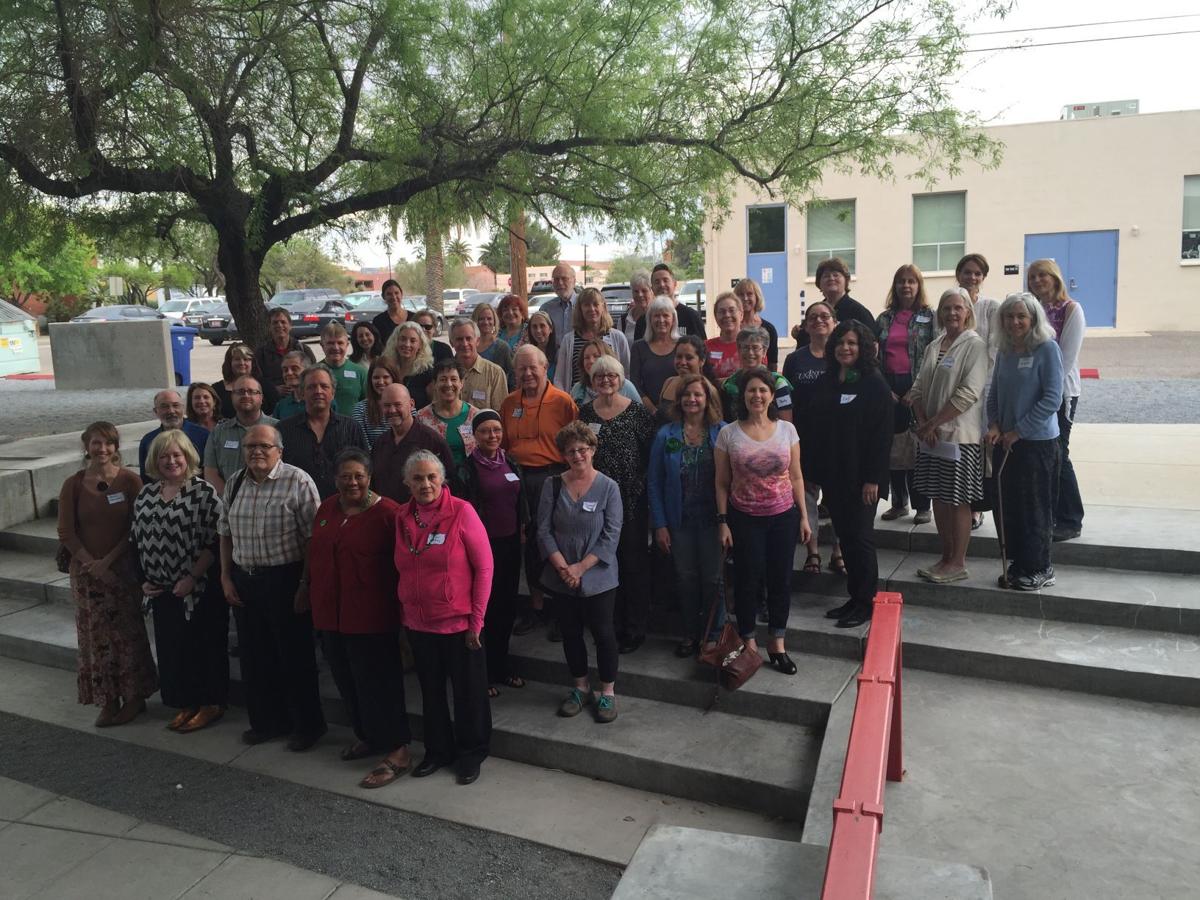 Two Tucsonans are among the nine top finishers in the 2015 Tucson Festival of Books Literary Awards. The book fest will be held March 12-13 on the University of Arizona campus.

The competition pays out more than $5,000 in prize money across the fiction, nonfiction and poetry categories. Each first-place finisher receives $1,000, an invitation to appear at the book festival, and a scholarship to the masters workshop, which will follow the festival, March 14-15 at the UA Poetry Center. This is the fourth year the festival has sponsored a writing competition and a high-level workshop.

There were 473 entries from nearly every state in the country, with many coming from the East Coast, and from other countries including Switzerland, Canada, Greece, Scotland and Kenya,” said Meg Files, who directs the awards and workshop programs.

Final judges were Luis Alberto Urrea for poetry, Bryn Chancellor for nonfiction and Joshua Mohr, fiction. A team of well-published and respected Tucson writers were the preliminary judges.

In the poetry category, the first- and second-place winner’s submissions were first selected by two preliminary judges (Jane Miller and Tyler Meier) and judged blind by the final judge, Files said.

The three final judges join Lynn Cullen and David Gessner as the five faculty members of the masters workshop, said Files, who is head of English and journalism at Pima Community College-West.

“Many, many of this contest’s entries are top notch, coming from writers with significant awards and publications,” Files said.

“Luis Alberto Urrea said the submissions blew his mind and Bryn Chancellor said there were so many fantastic stories that she had a hard time narrowing the winners’ list to three,” said Files.

“Joshua Mohr said, ‘Wow, there was a lot of talent to ponder,’ ” Files said.

The masters workshop, limited to the top 50 who submitted to the writing competition, will be organized as past workshops. The top 50 entrants also are invited to attend the workshop, during which authors give “craft lectures” addressing creative writing technique, and the participants’ work is read and critiqued by a master author and a group of nine peers.

The contest and workshop were added to the festival in 2013 to expand its focus, add an emphasis on writing as well as reading, and bring prestige to the festival.

What: Two days of exhibits, presentations and panel discussions that attract more than 100,000 book-lovers.

Cost: Admission and parking are free.

Bookmark it: Go to tucsonfestivalofbooks.org for more information. You can sign up to follow the festival through email newsletters.

Info: A list of authors and their biographies is available at tucsonfestivalofbooks.org

”Second Sight” and other poems

“On Divine Highway” and other poems

“Notes for the Church Poem” and other poems

Luis Alberto Urrea is the critically acclaimed and best-selling author of 13 books of fiction, nonfiction, and poetry. “The Devil’s Highway” won the Lannan Literary Award and was a finalist for the Pulitzer Prize. “The Hummingbird’s Daughter,” “Into the Beautiful North,” and “The Devil’s Highway” have been chosen by more than 30 cities and colleges for One Book community read programs. His memoir, “Nobody’s Son: Notes from an American Life,” won an American Book Award. His poetry collection “The Fever of Being” won a Western States Book Award. Hew newest books are “The Water Museum: Stories” and “Tijuana Book of the Dead.”

Bryn Chancellor’s story collection “When Are You Coming Home?” won the 2014 Prairie Schooner Book Prize. Her short fiction has appeared in many journals including Gulf Coast, Colorado Review, and Crazyhorse. Her honors include a Poets & Writers exchange award in fiction, literary fellowships from the Alabama State Council on the Arts and the Arizona Commission on the Arts, and scholarships from the Bread Loaf and Sewanee Writers’ Conferences.

Lynn Cullen is the author of “The Creation of Eve,” named among the best fiction books of 2010 by The Atlanta Journal-Constitution and as an April 2010 Indie Next selection. Her young adult novel “I Am Rembrandt’s Daughter” was a Barnes & Noble “Discover Great New Writers” selection and an ALA Best Book of 2008. Her novel “Reign of Madness” was chosen as a 2011 Best of the South selection by the Atlanta Journal Constitution and was a 2012 Townsend Prize finalist. Her newest novel, “Mrs. Poe,” examines the fall of Edgar Allan Poe through the eyes of poet Francis Osgood.

David Gessner is the author of many award-winning nonfiction books including “My Green Manifesto,” “Soaring with Fidel,” and “Sick of Nature.” “The Tarball Chronicles” was chosen as best book on the Southern environment by the Southern Environmental Law Center. Other awards include The Association of Literature and the Environment’s Award for the Best Book of Creative Writing on the Environment for the years 2011-2012 and a Pushcart Prize. His new book is “All the Wild That Remains.”

Joshua Mohr is the author of five novels, including “Damascus,” which The New York Times called “Beat-poet cool.” He’s also written “Fight Song” and “Some Things that Meant the World to Me,” one of O Magazine’s Top 10 reads of 2009 and a San Francisco Chronicle best-seller, as well as “Termite Parade,” an Editors’ Choice on The New York Times Best Seller List. His novel newest novel is “All This Life.”

Baude is the author of several books and chapbooks, a children’s book, and a book of translations. She is is a senior Fulbright Scholar. Her work has been published in Vogue and Newsweek International and elsewhere. “Freeze Frame” is her first memoir.

Judge: “A heart-wrenching reflection on the sudden loss of a father while growing up with an ill mother. Immediately arresting and tense, with remarkable attention to detail, fresh language, and a well-controlled fragmented form that coalesces into a resonant whole. I also appreciated the touches of humor.”

Hanson’s essays have appeared in many journals including South Dakota Review, Arcadia, and Storyscape. Her essay “Education” has been nominated for a Pushcart Prize and Best of the Net 2015.

Judge: “The voice jumps off the page in this lyrical, steel-eyed essay that entwines personal experience with larger cultural forces on women’s bodies. Evokes a strong sense of place, too.”

Martinez is a writer, dancer, and teacher. She holds a position of lecturer of English at the University of Arizona. She is working on a manuscript titled “The Molino” about her family’s Mexican food factory that closed over a decade ago. She was a 2014 Tucson Festival of Books Literary Awards winner.

Judge: “A compelling, vivid account of motherhood and loss of the self through interwoven childhood reflections. Lovely language and imagery.”

Goodrich’s work appears or is forthcoming in Artifice, Passages North, PANK, American Short Fiction, and The Kenyon Review. Her first collection of short stories, “Daughters of Monsters,” is forthcoming in 2016.

Judge: “I love the imagination here! This piece reads like a wonderfully weird cousin of Aimee Bender and Kelly Link. There is humor, but more importantly, there’s real deal human emotion: While I’m laughing I’m learning about this confusing world we call home.”

Raboteau is the author of a novel, “The Professor’s Daughter,” and a work of creative nonfiction, “Searching for Zion,” winner of a 2014 American Book Award. Her fiction and essays have been published in Best American Short Stories, Best American Non-required Reading, The New York Times, and elsewhere.

Judge: “By far, the most nimble approach to point of view in the whole batch of finalists. I have no doubt that this novel will be published and no doubt that I’ll shell out the $30 to read the whole shebang. This author has a formidable talent!”

Sojourner is the author of seven books including “29” and “Bonelight: Ruin and Grace in the New Southwest.” She’s written NPR commentaries for 10 years and hundreds of magazine articles and columns.

Judge: “I super dig the rawness in the writing. The author has an unflinching eye to GO THERE, to be real, to dramatize the bemusement of family, its sticky legacies. The dialogue in this one was absolutely phenomenal! It’s no easy feat to render pathos and ebullience simultaneously which is in the piece, which is a testament to the author’s blaring talent.”

”Second Sight” and other poems

Apol is the author of three collections of poems: “Falling into Grace," “Crossing the Ladder of Sun,” and “Requiem, Rwanda.” She is the recent winner of the ArtPrize, the Golden Quill, and the Pat Schneider awards for poetry, as well as the Leaf Press International competition for her chapbook “Celestial Bodies.”

Judge: “This selection has a bracing and heart-breaking tone of elegy and reflection while engaging in sophisticated poetic strategies. There were moments that gave me goosebumps.”

“On Divine Highway” and other poems

Judge: “This selection begins with ‘On Divine Highway,’ a canny echo of William Stafford’s most famous poem. It moves into mysterious and gorgeous territories of the heart.”

"Notes for the Church Poem” and other poems

Balkun is the author of two chapbooks, “Jackalope-Girl Learns to Speak” and “Lost City Museum.” Her work has appeared in publications such as Ekphrasis, Los Angeles Review, The Harpoon Review, and THRUSH Poetry Journal. She was a finalist in the Tucson Festival of Books Literary Awards in 2012.

Judge: “This selection begins with ‘Notes for the Church Poem,’ an audacious suite of haiku-like fragments that by the end coalesce into a mysterious and moving whole. The rest of the poems are very intelligent, yet profoundly moving, particularly the poem about Pompeii.”

The Tucson Festival of Books has announced its list of 2016 authors and donation to literacy. 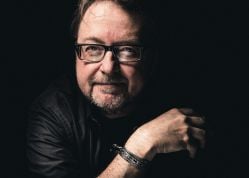 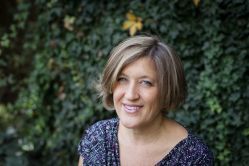 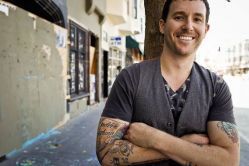 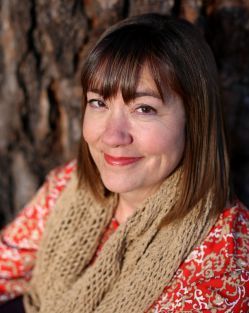 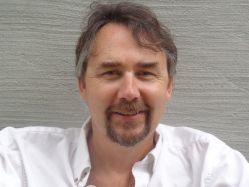