This New Year’s Eve will be especially subdued and reflective for author Patty Sullivan and her husband, Tom. Dec. 31 is the anniversary of the passing of one of their closest friends for over half a century, beloved actress Betty White, who died last year just days before her 100th birthday.

“We're still grieving her loss because she meant so much to us,” said Sullivan, who grew up in Tucson and now lives in California. “We spent every New Year’s Day for the past 20 years with her, so this year we’ll be cherishing the memories.”

Many of those memories Sullivan now shares publicly in her new book, “Betty White’s Pearls of Wisdom: Life Lessons from a Beloved American Treasure,” released Dec. 13 by Forefront Books.

In addition to illustrating White’s positive influence on Sullivan’s family, the author’s touching stories offer insight into one of Hollywood’s most endearing and enduring entertainers. For example, almost every post-2011 photograph of Betty White shows the actress sporting a Tiffany diamond-clustered heart-shaped necklace gifted to her by Jennifer Love Hewitt. Hewitt co-starred with White in the 2011 TV movie “The Lost Valentine” and was also an executive producer.

“She just loved that movie and was so grateful to Jennifer for the role,” said Sullivan. “As far as I know, Betty never took that necklace off again.”

Moving from Detroit to Tucson with her family when she was 7 years old, young Patty attended Salpointe Catholic High School before enrolling at the University of Arizona.

“I must have had a good home economics teacher at school because that’s what I studied in college and wanted to teach it,” Sullivan said. “But I never graduated. In 1968, my junior year, a sorority sister and I spent the summer at Cape Cod where I first saw Tom Sullivan singing. Once I met Tom, he became my life and we married the following year.”

Before tying the knot, however, Patty and Tom returned to Tucson for a sorority candle-passing ritual.

“When somebody got engaged, a candle would be passed around the circle of girls and whoever was getting married blew it out,” Sullivan explained. “Tom actually came to the sorority house and one evening played the piano and sang beautifully, then asked the girls for permission to marry me. It was a lovely tradition in those days.”

Patty and Tom – blind from birth and who would go on the become a noted actor, singer, and author – met Betty (and third husband Allen Ludden) during that Cape Cod trip. The chance meeting resulted in a lifelong friendship between the two families with White later quaintly christening herself ‘Gram III’ – third grandmother to the Sullivans’ two children.

Never one to dwell on her own misfortunes, after Ludden died in 1981 White immersed herself in acting, charity work and animal issues, having never had any children or remarrying.

“Betty loved animals, but I don't think many people realized just how much she impacted the animal world,” Sullivan said. “Her support for the Los Angeles Zoo, the Monterey Bay Aquarium, the Morris Animal Foundation, and other rescue programs was unwavering. I mean, it was extraordinary the amount of time she spent and money she donated.”

To most people, however, White will always be remembered as the comedic Jekyll and Hyde-ish character Sue Ann Nivens from “The Mary Tyler Moore Show” in the '70s or innocent scatterbrained Rose Nylund a decade later in “The Golden Girls.”

“Betty adored being Rose and I know for sure it was her favorite character,” said Sullivan. “When the boxed DVD set came out, Betty just couldn't wait to give it to us. She was so proud of the series.”

So did White talk to her friend about Golden Girls co-star Bea Arthur’s well-known dislike of her?

“She was aware Bea didn’t like her but couldn't understand it and would ask, ‘Did I do something wrong? Was it something I said to her?' " Sullivan recalled. “That's all she would say. Betty never had a mean word for anyone. Maybe that came from her love of animals that have such innocence and are unconditional with their love for us.”

White was blessed with good health enabling her to work into her 90s, appealing to new generations of audiences. Memorable performances on the big screen included movies such as “The Proposal” in 2009 and a decade earlier in the horror film “Lake Placid” where devoted animal lover White feeds a cow to a giant crocodile.

“She did have a wicked sense of humor and loved playing against type sometimes,” said Sullivan. “I remember vividly an episode of ‘Boston Legal’ where she played a secretary who kills a guy with a frying pan. I think she acted the hell out of those roles.”

As she became frailer in the years following her much-publicized 90th birthday, White would often be hailed by the media as a national treasure, a title Sullivan long ago embraced when she began documenting her friend’s personal influence in the private journal that would eventually become a book. She has no doubts White would approve of the finished work.

“Tom and I once asked her what she would like us to do at the end of her life,” Sullivan said. “She said, ‘You kids do what you want – I'm going to be gone.’ I wanted people to know what a special person she was beyond all the humor and glamour of Hollywood. It’s my tribute to Betty White, honoring her and helping to keep her legacy alive.”

Duke and Duchess of Windsor

Nick Thomas teaches at Auburn University at Montgomery in Alabama and has written features, columns and interviews for numerous magazines and newspapers. See www.getnickt.org.

This Tucson bookshop reaches Latino readers where they live

Tucson bookstore owner emphasizes representation, stocking up on books by Hispanic authors and about Hispanic topics. Nearly half are written …

Check out this little Tucson bookshop with big heart

This midtown Tucson shop, which opened less than a year ago, is dedicated solely to children's books.

This book gnome project in Tucson has gained in popularity

After hiding free books all over town for the last year, the Tucson Tome Gnome has gained a following and financial supporters.

This award-winning Tucson author finds solace in the desert

This Tucson author was inspired by her Nogales upbringing

Roni Capin Rivera-Ashford has made it a point to incorporate her upbringing into her books, allowing young Latino readers to see themselves in…

Amid holiday fuss, get in the spirit with these Tucson events

Holiday events to check out before the year comes to a close, plus the Star's gift of free Sonoran Desert-inspired gift tags and gift wrap. 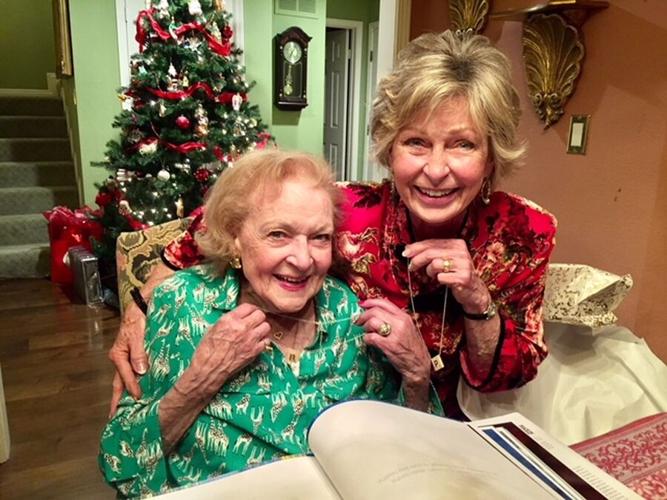 Author Patty Sullivan, who grew up in Tucson, (right) shared New Year's Day with her friend, the late Betty White, for the last 20 years. 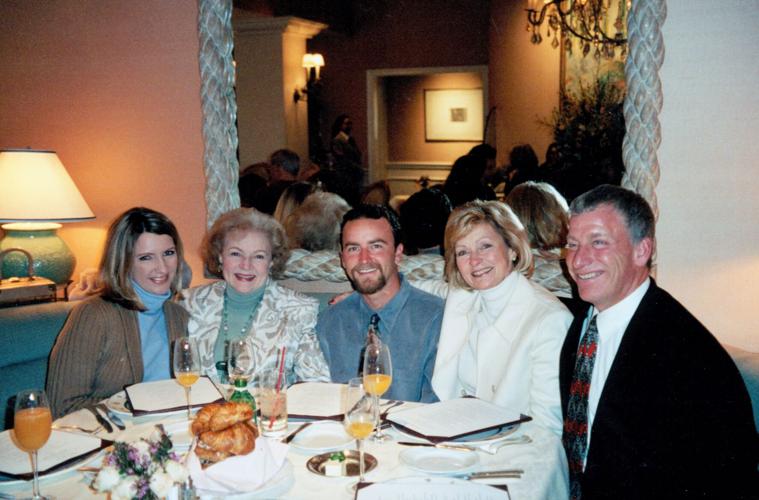