“What do you have to say about the allegations against your husband?”

This is not a question any wife would welcome. Especially if she and her husband were a well-known D.C. couple. More especially, if he was a high-powered attorney prosecuting a U.S. senator for gender impropriety and she was an attorney expecting to cap off her career with an appointment to a federal court judgeship — a career focused on protecting women’s rights.

Tucson educator and writer Starr Sanders explores the messy nexus of politics, the law, sexual discrimination and gender equality, personal trust and betrayal in her latest novel. Central to it is the question of how Elaine Bower-Camden, director of the Women’s Rights Initiative, deals with sexual assault allegations against her husband by a beautiful young colleague. Since her experience tells her to believe the woman (“when it comes to allegations of sexual abuse and harassment, women usually do not lie”), she kicks her husband out. Something seems fishy about those allegations and the pronouncements of an anonymous gossip columnist, however, and Elaine — with a cadre of female friends — decides to get to the bottom of it.

Sanders’s book is an entertaining read. Its plotting is satisfyingly byzantine, her characters are engaging (smarmy politicians are indeed smarmy, and her central character is nicely multi-faceted), and it’s fun to picture D.C. power-wielding in its natural habitat.

Former high school English teacher Carolyn A. Spangler effectively taps her school culture experience for the setting in this Christian “cozy” mystery: Two of the four main characters — Emily and Franklin — teach at the school, and an unsavory substitute janitor is found murdered in Franklin’s classroom. The main plot, finding the murderer, plays out at the school, with resentments, rumors, and overheard conversations taking part.

Underlying plots involve life choices that each of the rotating point-of-view characters faces: Is once-divorced English teacher Emily ready to commit to a wedding date with fiancé history teacher Franklin? Is Franklin ready to move out of the classroom into administration? Is Emily’s grown son Tom making the right decision to follow his heart and working as a nurse’s aide in a hospital, rather than make money working with his father? Should Emily’s pregnant daughter Katie break up with her missionary-aspiring fiancé because she isn’t a devout Christian?

Spangler addresses social issues of the undocumented, addiction, and illegitimacy, sympathetically. And, it seems there’s no problem that Bible verses, a quick prayer, and a plate of chocolate chip cookies can’t solve.

One recurring truth in this Vietnam memoir is that just when you think you’ve banished your demons, they can re-materialize in a blaze of horror. Peter Bourret, a retired Saguaro High School English teacher, thought he closed the book on Vietnam by writing about his war experiences. And then one day, the vision of an old Vietnamese man appeared in Bourret’s Tucson backyard, 22 years after he failed to protect him from U.S. Marine torture, and the guilt flooded back.

While many young men his age were doing all they could to avoid war in 1967, Bourret embraced it. He was so gung-ho to become a man, he lied to the Marine recruiter, volunteered for front-line missions, killed, witnessed mayhem and did nearly irreparable damage to his psyche. All before he turned 21.

This memoir chronicles Bourret’s 30-year struggle to heal that damage as it manifests in PTSD. He returned to Vietnam twice, ventured into warring Bosnia, wrote, visited the Vietnam Memorial, underwent treatment, turned to humanitarian gestures, wrote more, and began to speak about the atrocities he witnessed and participated in. Bourret is candid and thoughtful about the nature of post-traumatic stress disorder. He includes poems, letters, speeches, and photographs from his trips and people he mentions.

Most striking — and memorable — though, are his very visceral depictions of battles and disturbing episodes of PTSD. They fulfill the promise the young mortarman Bourret had made to God: If he survived, he would tell the truth about war.

From the 1920s until the 1960s, a time when no smart ensemble was complete without a hat, Lillian Musterman’s millinery shop was a fixture on Main Street in Annapolis, Maryland. Her granddaughter, author Elizabeth Reed, captures this bygone era in her charmingly written tribute to her grandmother, a talented seamstress, determined businesswoman and model of resilience who raised three children on her own after she was widowed at 43.

This book is a delight because Reed is such an able storyteller and researcher. Her descriptions of the Annapolis of the last century are filled with evocative details. She supports her memories of her grandmother with observations by family, friends and customers, effectively conjuring up a busy shop and its bustling proprietress, tilting a hat here and adjusting a veil there. She also demystifies the concept of millinery — certainly a lost art — with highly readable details of just how hats were made, and how women would shop for them. As an added bonus, the author has a firm understanding of the way the times shaped the woman. When Lillian retired in 1967, it wasn’t due to her recent bout with cancer; rather she was forced out of business by the new (hat-unfriendly) passion for teased and bouffant hairdos. Reed, who formerly lived in Annapolis, now lives and writes in Tucson.

Reiki, the Japanese healing technique employing gentle touch to promote healing and stress reduction, has many devoted adherents, author Ann Baldwin among them. Initially, the University of Arizona researcher and professor of physiology was skeptical about its benefits until, with a grant from the National Institutes of Health, she tested its efficacy in her own clinic on laboratory rats exhibiting stress-induced inflammation. The results made her a believer and she left her full-time tenured position to become a practitioner.

With this data-driven guide she lays down the science behind the practice, explaining the hows and whys of conditions that respond best, employing well-illustrated analysis rather than anecdotes. Although the language is accessible and generally jargon-free, there’s nothing touchy-feely about her research-based presentation, which seems best-suited to medical professionals and serious practitioners than to casual readers. However, anyone with an interest in the healing potential of this practice will be able to glean straight answers and useful information. Baldwin, now a part-time instructor and researcher at the UA, is director of Mind-Body-Science, an alternative and holistic health service, and editor-in-chief at the Center for Reiki Research.

For readers unfamiliar with the first four books in Love After Life series and their paranormal theme, it may not be immediately apparent that the swirl of characters introduced early on includes a few spirits and some clairvoyant types who can communicate with them. Helena, the series heroine, is gifted in this way, which is lucky because one of the spirits is her late husband, who helps her solve mysteries. Once the status of the characters is sorted, the Tucson-based action — of which there is plenty — makes more sense. An evil force is wreaking havoc among Helena’s loved ones, inhabiting their bodies with disruptive and dangerous consequences. The body-snatching can be a bit puzzling, but the evil being also inhabits the narration periodically, keeping the reader abreast of his nefarious doings. Luckily, Helena is not alone in her fight against evil; in addition to her spirit guides, she is assisted by Tucson Detective Gil Bueno and Audrey, his curandera wife. Mary Ann Carman, who lives in Tucson, is the author of 10 mystery novels.

“Scuba-diving with sharks,” observes author Mary Peachin, “is not for everyone.” An understatement for sure, but for Peachin, a self-described adrenaline junkie, getting up close and heart-thumpingly personal with man-eaters, preferably without a cage, is the kind of daring exploit she has thrived on. This wasn’t always the case, she admits. She was in her 30s before she decided to take control of her anxiety and begin pushing the limits of her comfort zone. The results of her gutsy resolve to live life on the edge are recounted in this book.

Rather than a chronological memoir, the book is organized by type of adventure, including (but not limited to) scuba diving, bike touring, deep sea fishing, sky diving, hot air ballooning, African wildlife-viewing safaris and piloting her own plane. Interspersed among adventures, the third-generation Tucsonan (her father owned the iconic Levy’s Department Store) provides biographical information about growing up in Tucson, and speaks with pride of her family’s civic engagement. You may not necessarily feel driven to swim with sharks after reading her book, but you can’t help but admire her nerve.

Helene Woodams recently retired from Pima County Library, where she was Literary Arts Librarian and coordinator of Southwest Books of the Year, the library’s annual literature review.

If you are a Southern Arizona author and would like your book to be considered for this column, send a copy to: Sara Brown, PO Box 26887, Tucson, AZ 85726-6887. Gove the price and contact name. Books must have been published within a year. Authors may submit no more than one book per calendar year.

Explore the history, philosophy and legacy of Star Wars with these books

Beef up your Star Wars knowledge with these book recommendations from the Pima County Library.

Tucsonan Philip Gabriel makes sure nothing is lost in translation for Haruki Murakami, one of the world’s best-selling authors.

This 'library fangirl' is ready to serve the communities within Tucson

Long an admirer of the Pima County library and its many functions, one woman now finds herself behind the counter.

These vegetable-centered cookbooks will broaden your food options

If you're looking to reduce your meat intake, these cookbooks — recommended by Pima County Library — have options for you.

In honor of National Pet Day, check out one of these recommended reads from the Pima County Library.

Stories of women who have gone above and beyond the call of duty, broken barriers and raised the standards for women in military service.

Add these remarkable biographies and memoirs to your must-read list

These Tucson Festival of Books recommendations feature some recently published and soon-to-be-published titles.

Cook like a star with these Pima County Library book recommendations

From Danny Trejo's tacos to Patti LaBelle's desserts, this list of book recommendations has something to satisfy all appetites.

If you're looking for a job; newlyweds looking to sharpen your kitchen skills; or potty-training a toddler, the Pima County Library has resources. 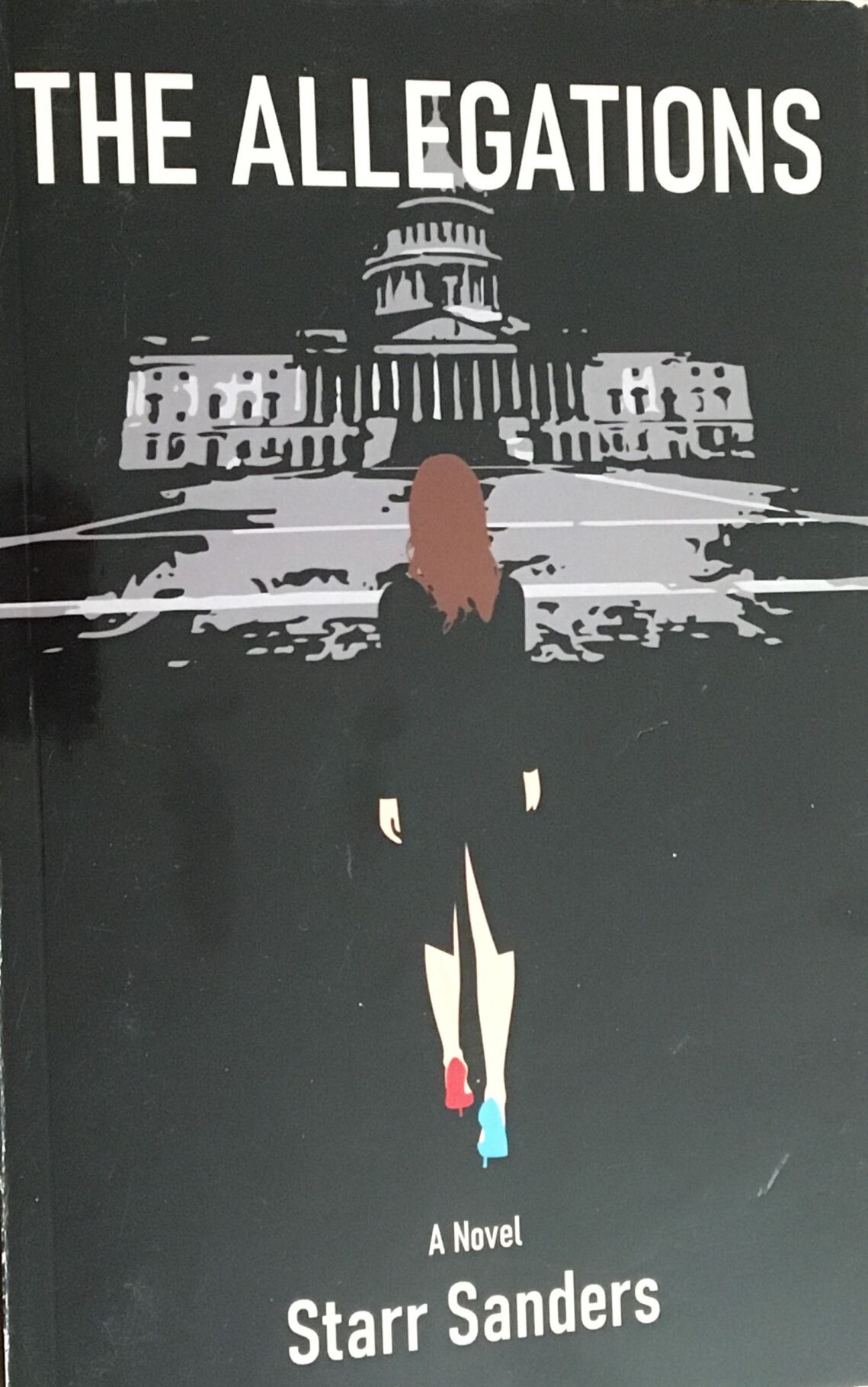 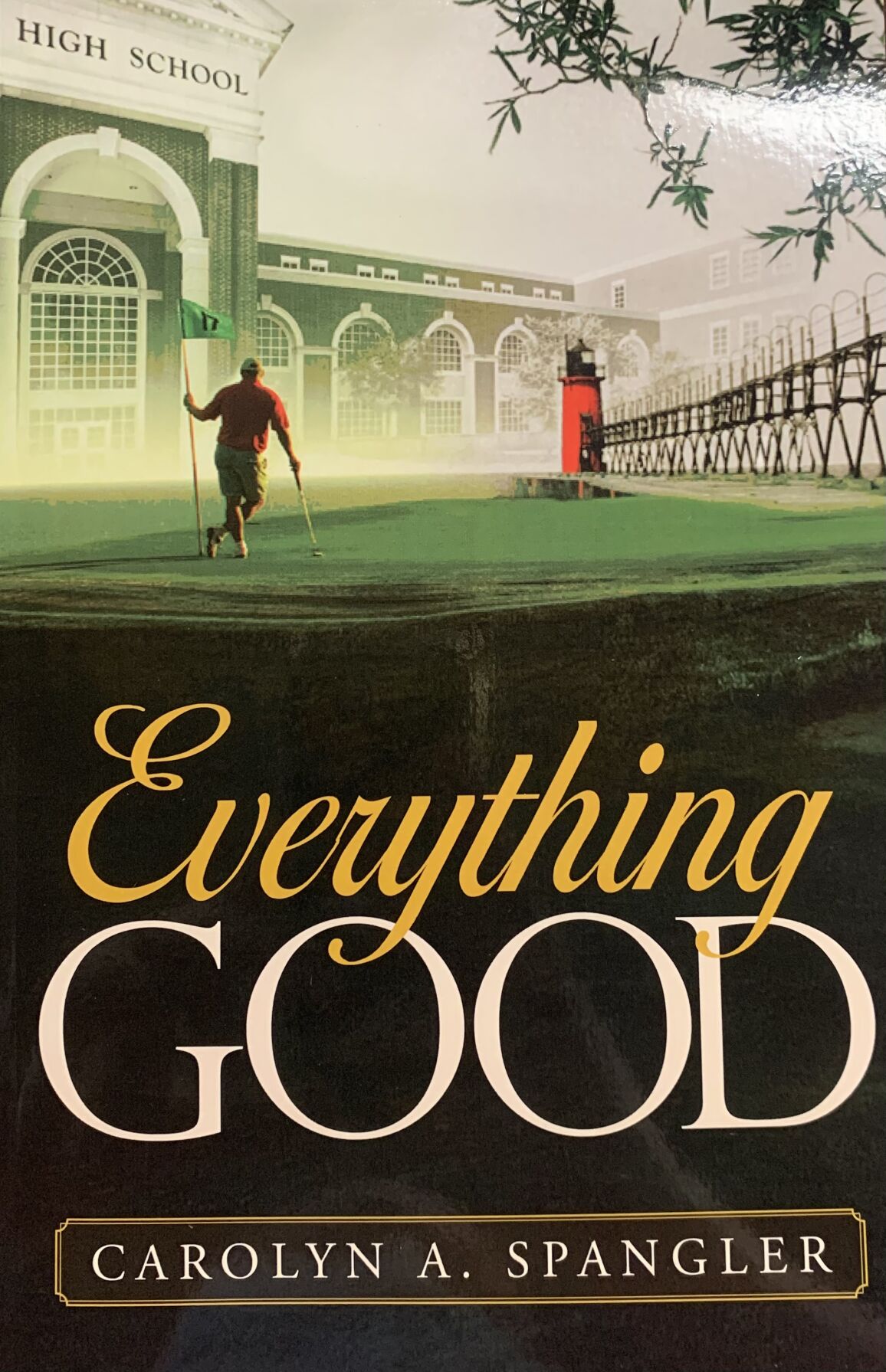 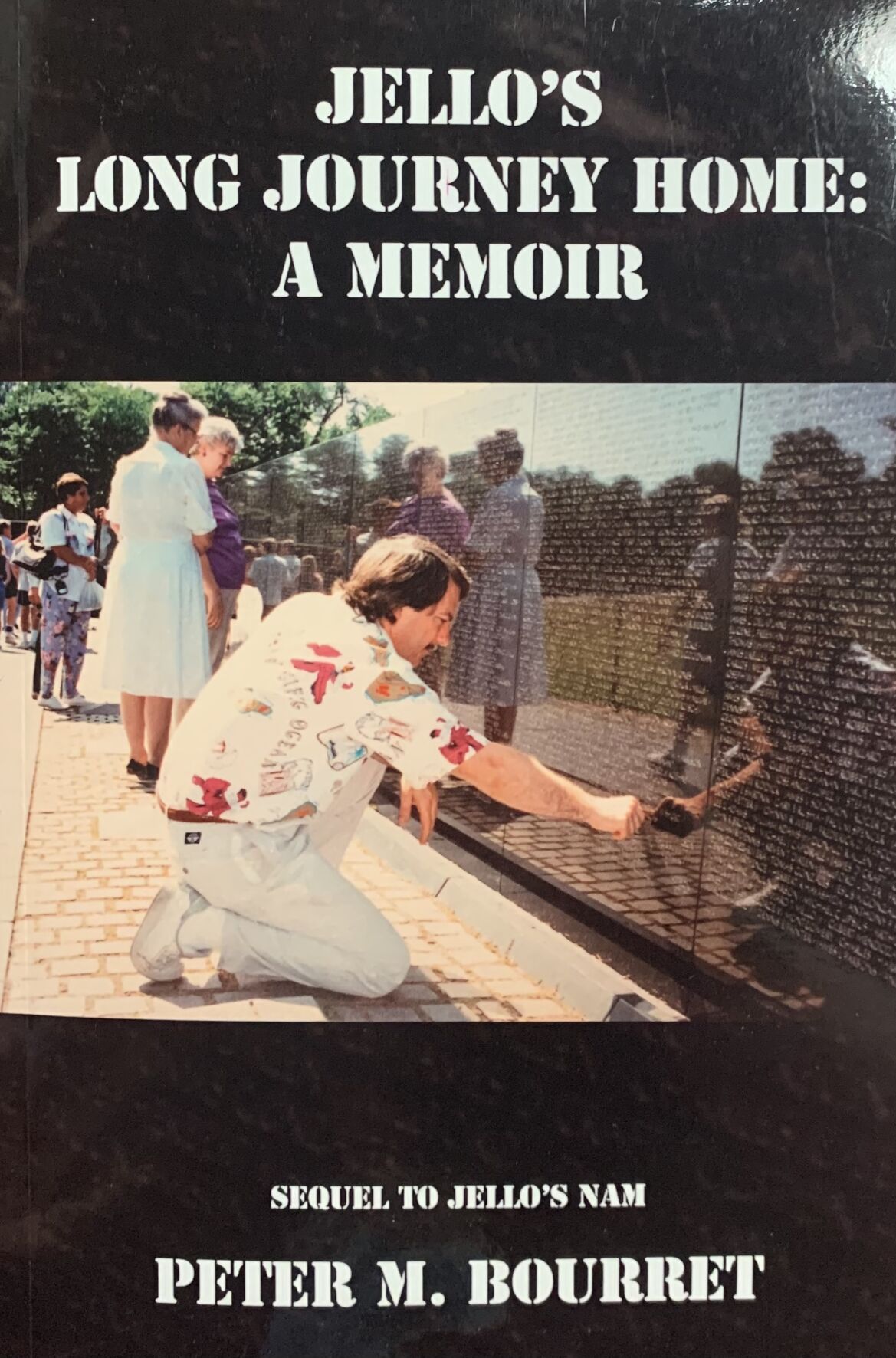 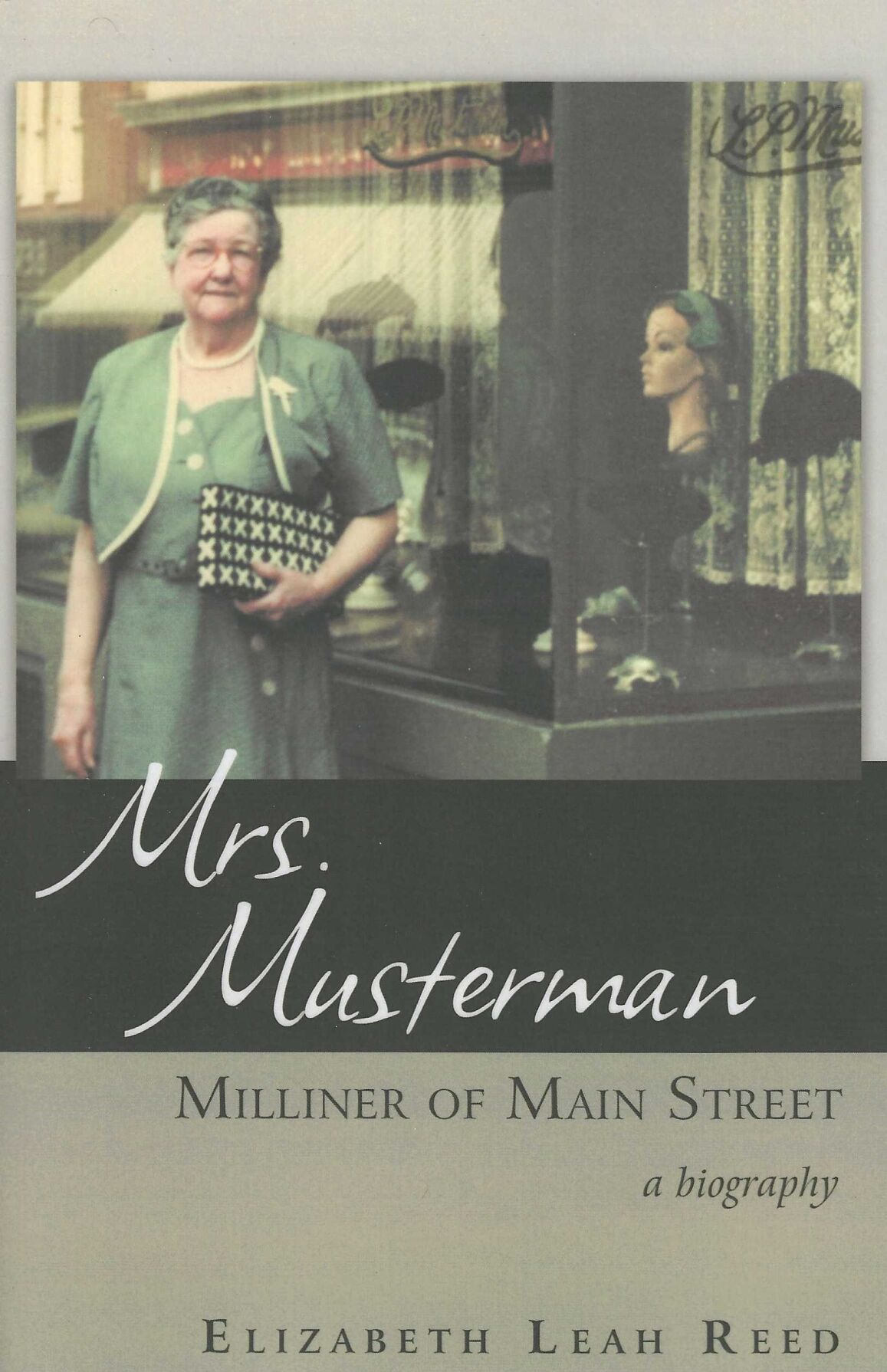 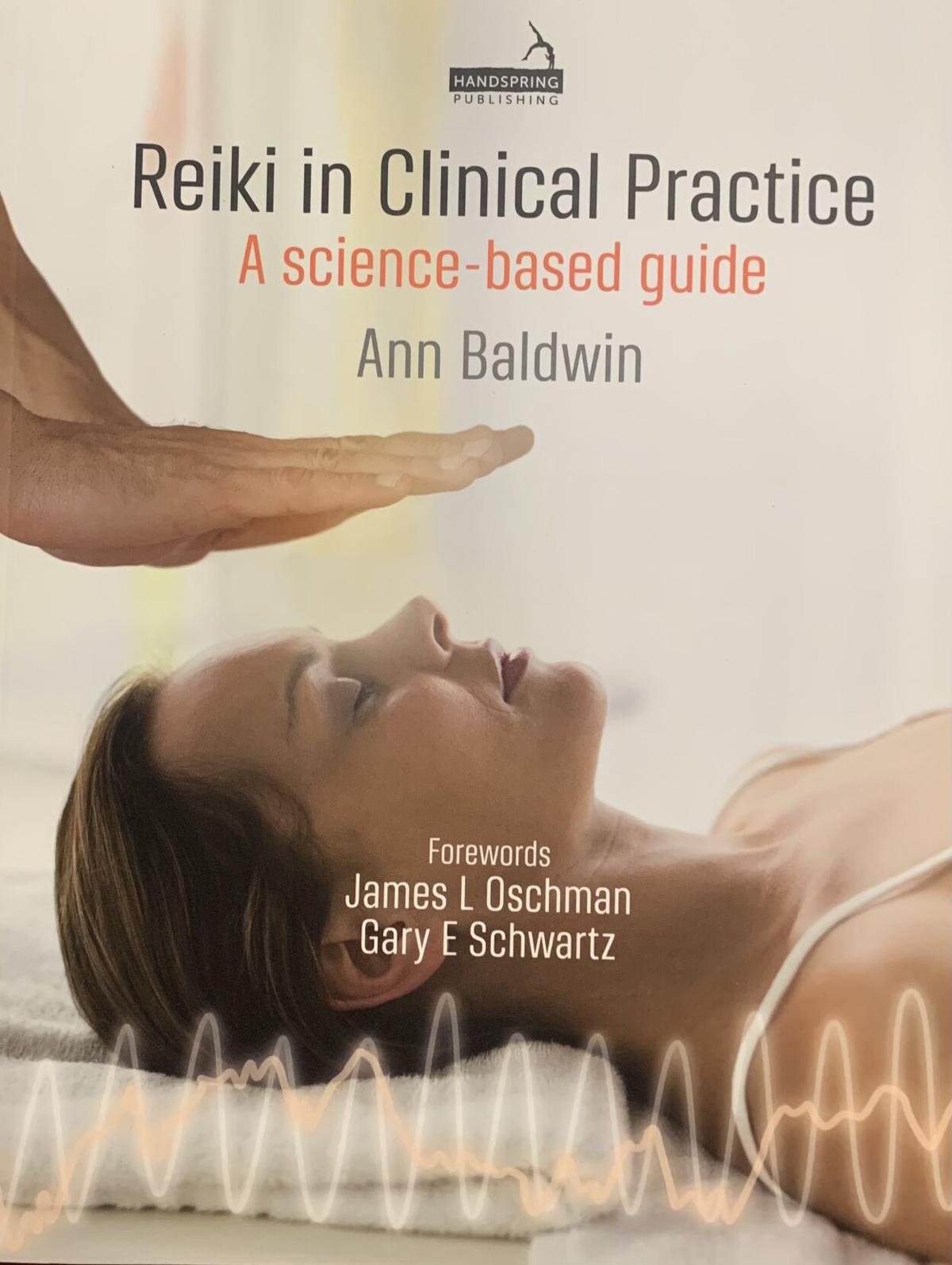 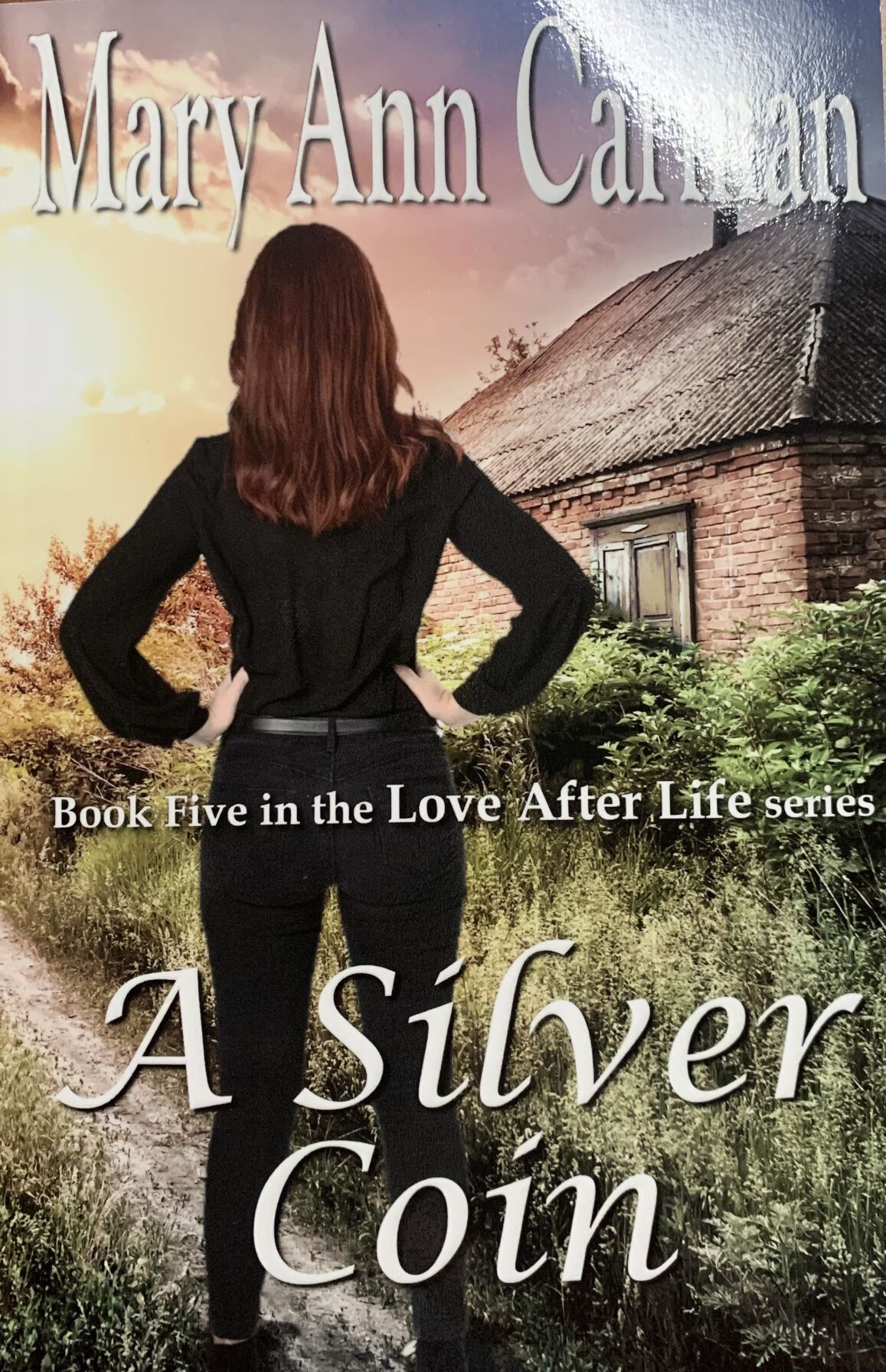 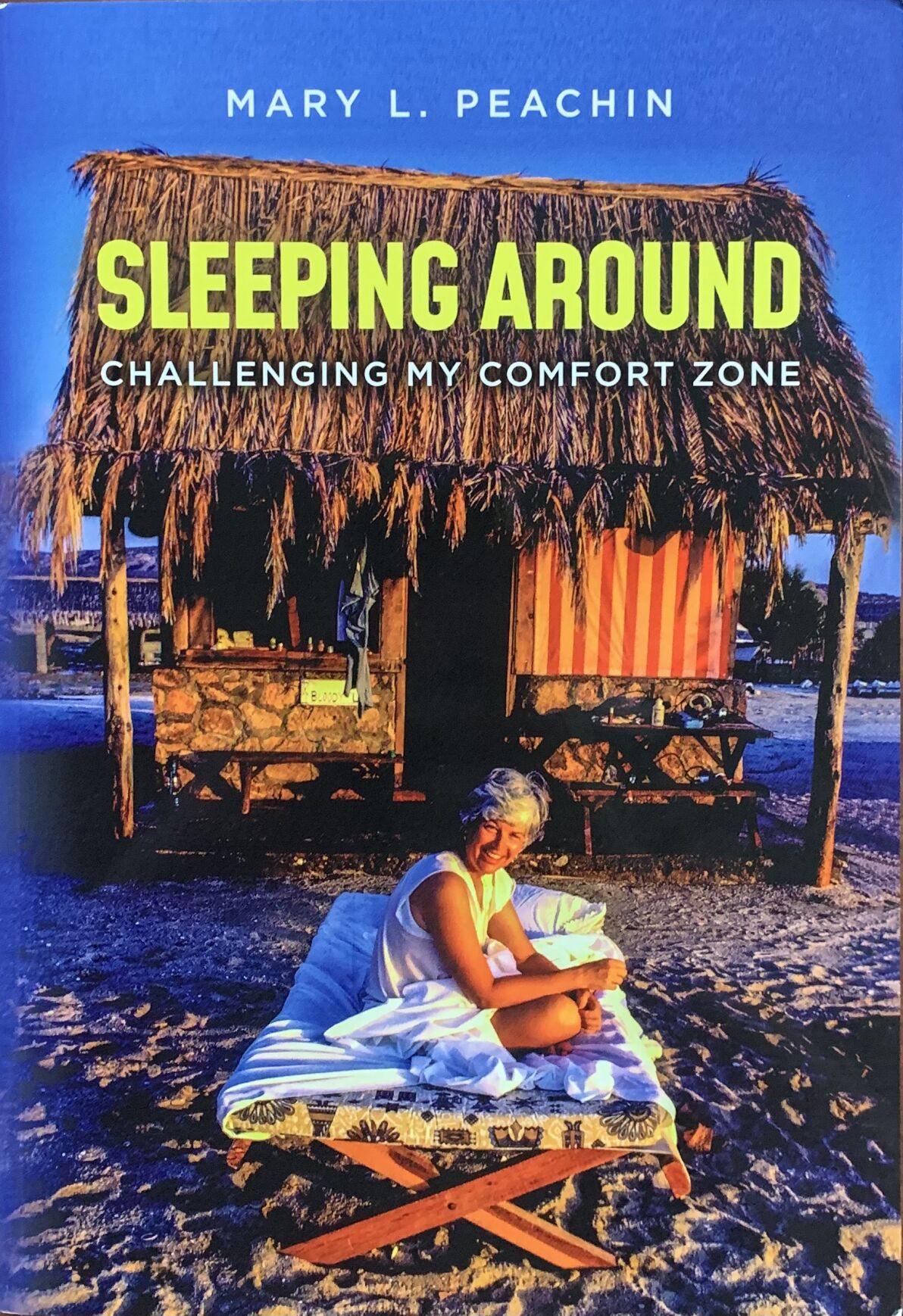