“Leap of Power: Take Control of Alcohol, Drugs and Your Life” by Robert Schwebel, Ph.D.

In traditional 12-step recovery programs, individuals seeking a path out of substance dependence begin by accepting that they are powerless. Psychologist Robert Schwebel turns this principle on its head with Seven Challenges, a program that instead harnesses the power of the individual. His message is an uncomplicated “You can do it,” and “Leap of Power” is an easily understood, well-organized explanation of how. It’s an unconventional approach, but Schwebel readily admits that he’s an unconventional guy who believes that people dealing with problematic alcohol and drug use don’t respond well to being lectured or told that they are weak. In “Leap of Power” he introduces the concept of a nonjudgmental “free-thinking zone” in which participants are challenged to perform an honest assessment of their drug use (he considers alcohol a drug), and subsequent chapters — one chapter per challenge — demonstrate how to identify life stressors, envision the future, and take action. Schwebel originally conceived the Seven Challenges program while working with adolescents, and it is now being used in the U.S. and internationally in schools, treatment centers, juvenile justice facilities, and wilderness programs. “Leap of Power” introduces a retooled version of the program geared to adults. Schwebel, a practicing psychologist for more than 45 years, has authored several books; he lives in Tucson.

“Life and Limb” (Blood and Bone Book 1) by Jennifer Roberson.

Gabe Jeremiah is battling demons. This is probably not an unusual state of affairs for your average, Harley-riding ex-convict, but Gabe’s demons are the infernal kind — as in “from the Dark Side” — and the stakes are high because the world is in, well, a world of trouble. He didn’t enlist willingly in this unholy war, but as in the legends of yore that are conjured by this urban fantasy, there are no accidental heroes. Gabe’s lineage is more divine than human, his grandfather reveals to him over a bottle of single malt whiskey in a Flagstaff roadhouse. His fate was sealed at birth, and there’s nowhere for him to go but into the demonic fray with his unlikely comrade-in-arms, a country music-loving cowboy scholar from West Texas who was born to share his destiny. In a narrative swirl replete with deities of mythology, folklore and legend and delivered with a boot scootin’ Western sensibility, Jennifer Roberson offers a supernatural novel set in a world Arizonans will recognize. Fantasy fans will enjoy this action-packed novel, as will any reader with an ear for snappy dialog and a taste for a fast-moving plot. Roberson, the author of many fantasy and historical fiction novels, is no stranger to the Arizona cowboy scene. The former rodeo queen grew up in Phoenix, attended NAU and now resides in Tucson.

In a land-use standoff of the sort that might sound familiar to Southern Arizonans, the employees of an eco-wilderness tour company have crossed swords with a greedy land developer; when the acrimonious smoke clears, the result is one less developer blading the pristine desert to build fake adobe McMansions. It’s well known that Gabe Ramsay, part-owner of the tour company, is no fan of developer Everett Poulson, but he is horrified to discover Poulson’s brutally stabbed, lifeless body during a staff training exercise in the desert. The fact that Gabe’s own missing knife was used as the murder weapon compounds his alarm.

Clearly, the murderer has set him up to take the fall for the crime — but who could it have been? And why? There are plenty of suspects: it turns out that nearly everyone involved in the training exercise had a reason to despise the obnoxious Poulson, and now it’s up to Gabe, in the interest of self-preservation, to suss out the elusive truth. Author Kathy McIntosh, a recent transplant to Tucson, has made it her business to understand her uniquely Arizona setting and she pays artful attention to authentic low desert details. From the head-fogging heat of the day, to the smell of javelinas, to the painful bite of a bark scorpion, McIntosh reminds her readers that sleuthing in arid lands is no stroll in the park. This is her third “Adventure Calls” mystery. The first two were set in Idaho, where she lived for 30 years.

This text began as a simple manual for Southern Arizona hikers, but it grew into a 200-plus page ranch history, and there’s a second volume in the works. Robert S. Simpson, a retiree from the Foreign Service, would include “local narrative” in outings he organized for the SaddleBrooke Hiking Club. As SaddleBrooke itself was built on former Rail N Ranch land, and club members would drive or hike by other historic holdings, Simpson decided to expand his historic narrative. The result is a detailed study of the settlement and development of seven ranches in an area north of Tucson — where Catalina State Park and SaddleBrooke are now located, east of Oracle Road, and the Rail X Ranch to the west.

“The Narrow Man” by Kip Cassino.

“A few of us got frozen …. We couldn’t get our perspective back, even when the scary things were over. We were the narrow men.”

Karl Thibault is a tautly strung, intelligent, wily Vietnam War warrior who cares deeply for the men in his small reconnaissance unit. When a brash officer seeking quick advancement shows up and demands they take a risk-fraught mission, he resists but finally complies.

The inevitable disaster ensues — the loss of his men and a rage-fueled act on his part — and Thibault tips. He becomes a most extreme form of the “narrow men” — a PTSD-ravaged psychotic killer — and goes on a vicious mission. Still intelligent and wily, Thibault puts his warrior skills to civilian use to locate, torture, and kill men who he believes “defiled” his sexy ex-wife. The action in this thriller, which pits him against a Tucson cop and an FBI agent, is fast-paced, tight, often grisly, and satisfyingly suspenseful.

In this debut novel, former newspaperman and Vietnam veteran Kip Cassino gives a nod to the PTSD work of the Veterans Administration (and tips his hand a bit — he, like Thibault, has bad dreams). As he developed this complex character with care, you can be pretty sure there’s a sequel to “The Narrow Man” in the hopper.

“A Stranger at my Door: Finding my Humanity on the U.S./Mexico Border” by Peg Bowden.

Samaritan Peg Bowden was a hesitant savior. When she opened the door on an icy December day to a filthy, shivering migrant wrapped in a trash bag and carrying a drinking jug of urine, she felt she couldn’t turn him away. But, while the migrant was accepting the offer of a hot shower and clean clothes, she found herself rushing to hide the jewelry. Bowden is a member of the Green Valley/Sahuarita Samaritans, volunteers who provide humanitarian assistance to migrants in the Southern Arizona desert and to deportees in Nogales, Sonora. But it’s one thing, she realized, to offer soup and tortillas to a dispirited stranger in a migrant center; it’s quite another to bring one into your remote ranch house.

This candid, thoughtful memoir chronicles the unlikely friendship that eventually developed between an Anglo “woman of privilege” and a twice-deported Guatemalan villager. Cultural and economic disparities — not to speak of legal ramifications — make such a relationship uncomfortable, precarious and difficult to sustain. Describing navigating detention centers, struggling with Spanish, finding her bearings — literally, on one occasion — in Guatemala, Bowden is frank about ambiguities she felt, pressures she resisted, and regrets she had. One such regret involves the painful consequence of attempting to help him connect with a coyote for transport to family in Nashville. Migrant families get scammed; so do well-intentioned Samaritans.

In addition to her story and her personal evolution from child of racist parents to humanitarian, Bowden discusses the immigration crisis on the southern border, with its roots in U.S. historic and recent military and economic policies.

Helene Woodhams recently retired from Pima County Public Library, where she was literary arts librarian and coordinator of Southwest Books of the Year, the library’s annual literature review.

Christine Wald-Hopkins is a former educator and occasional essayist. Wald-Hopkins has long been a book critic for national, regional, and local newspapers.

Pssst. Want to know a secret?

Former educator and occasional essayist Christine Wald-Hopkins has long been a book critic for national, regional and local newspapers.

Helene Woodhams recently retired from Pima County Public Library, where she was Literary Arts Librarian and coordinator of Southwest Books of the Year, the library’s annual literature review.

Five books in five categories have been named finalists in this year's National Book Awards competition. The winners will be announced on Nov.…

Hobbies & Activities to Keep the Kids Occupied During Lockdown!

Hobbies & Activities to Keep the Kids Occupied During Lockdown! 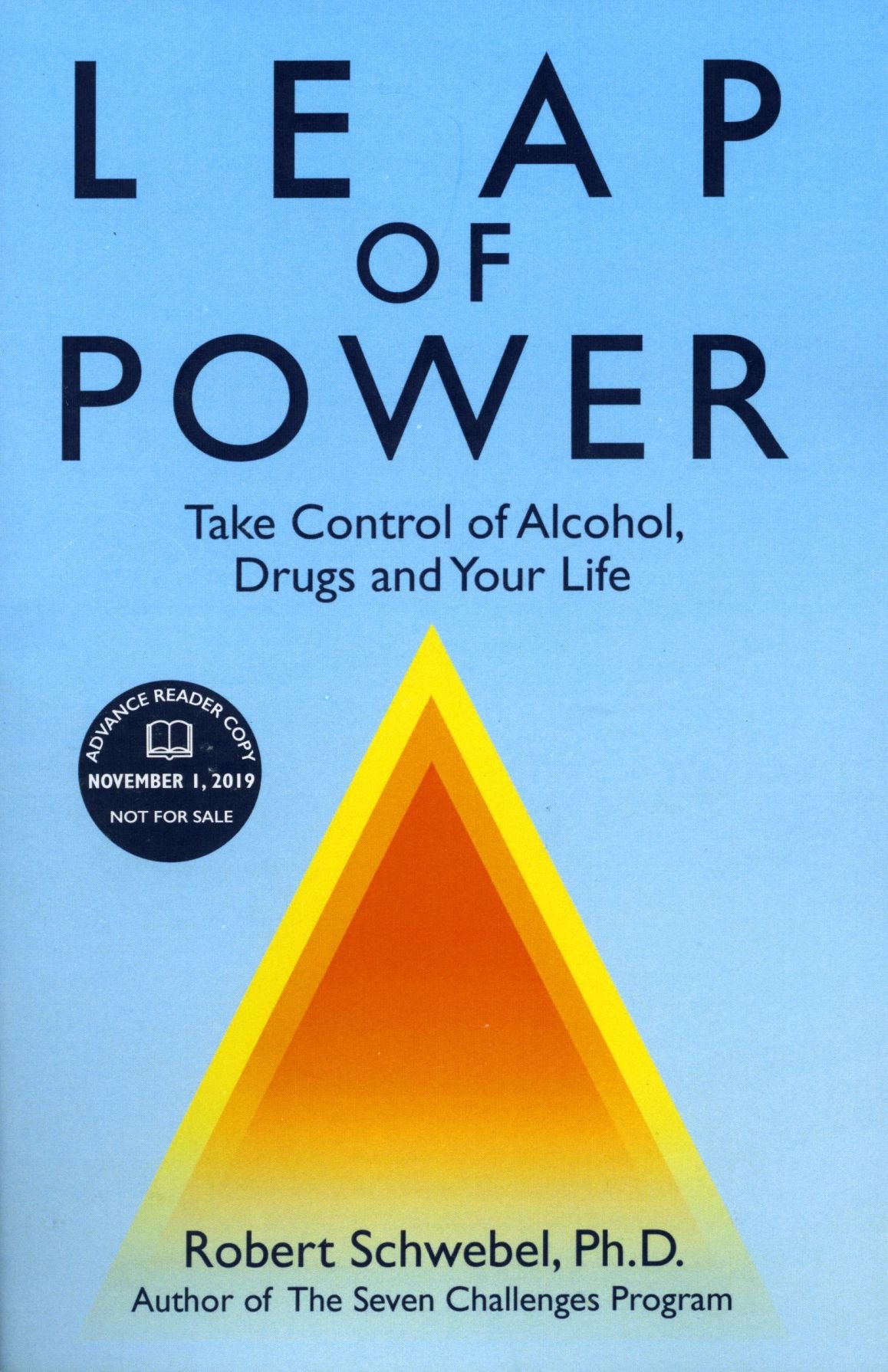 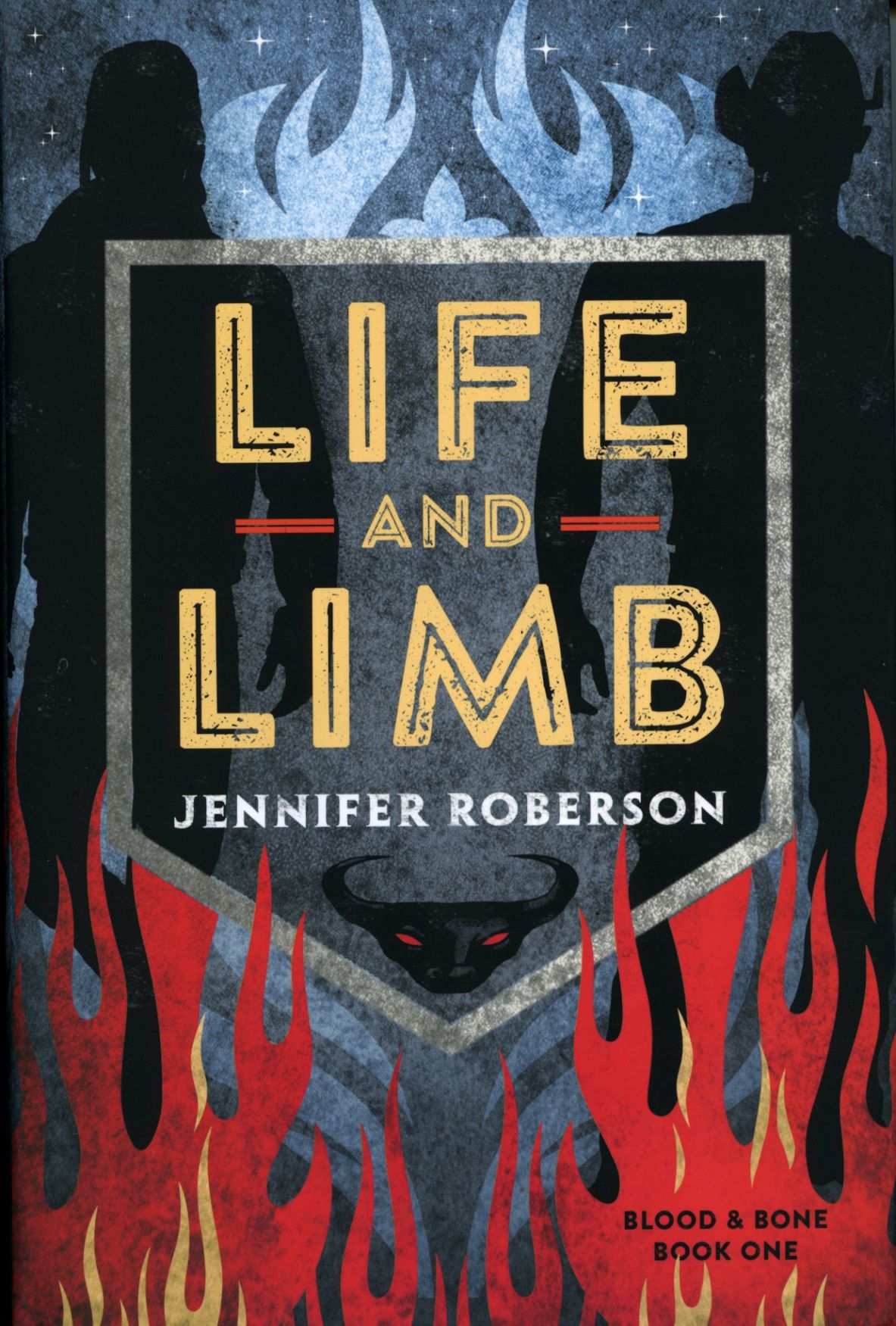 Life and Limb by Jennifer Roberson 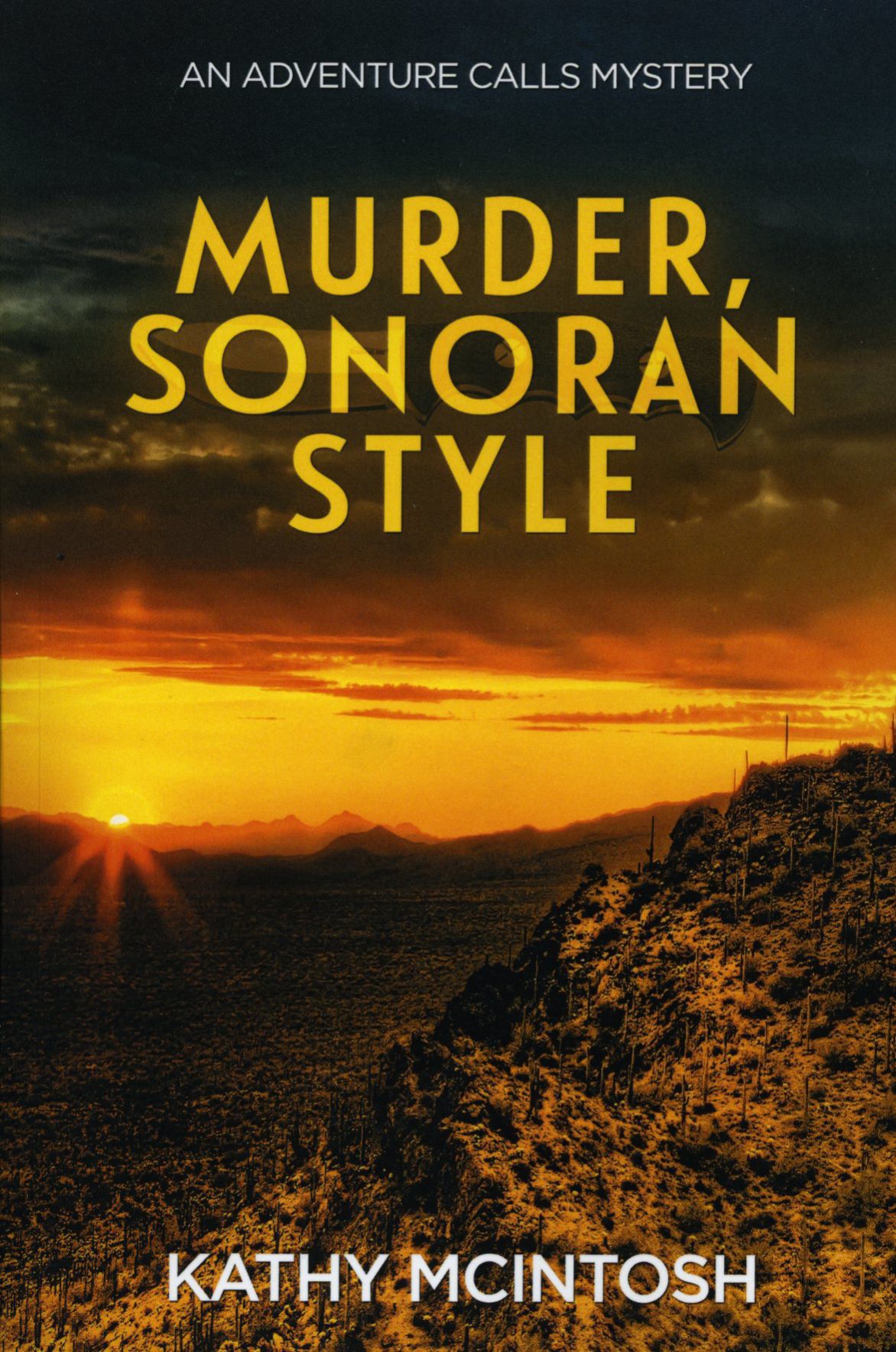 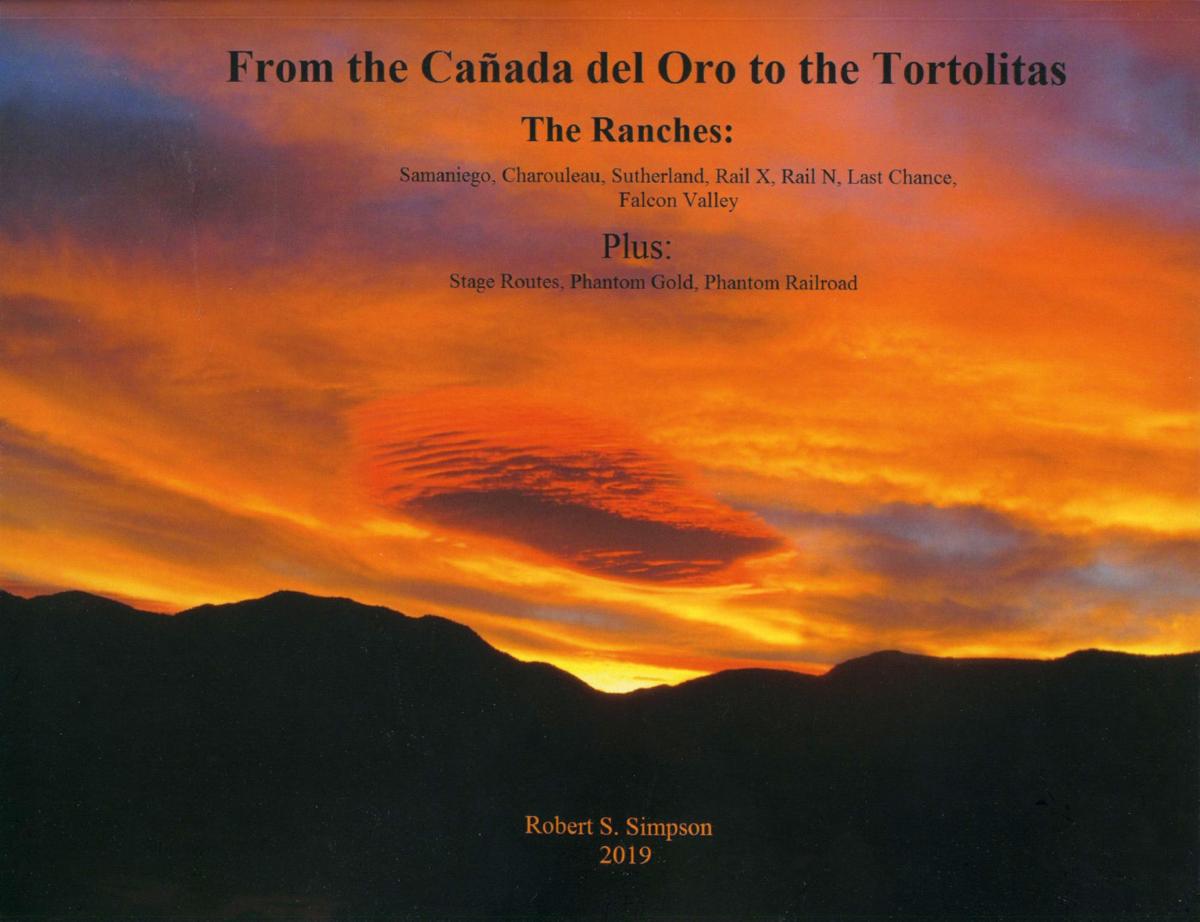 From the Cañada del Oro to the Tortolitas – The Ranches by Robert S. Simpson 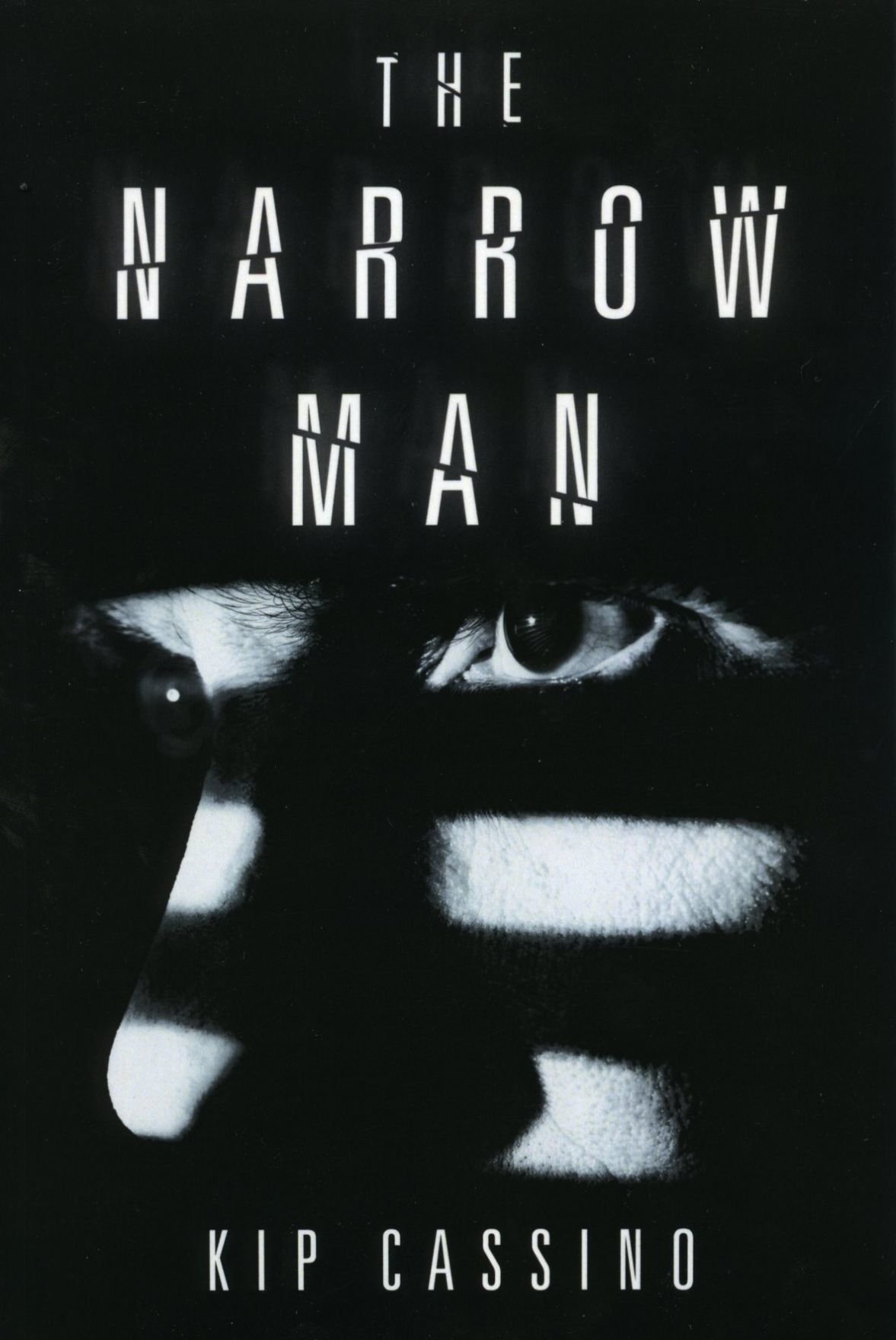 The Narrow Man by Kip Cassino 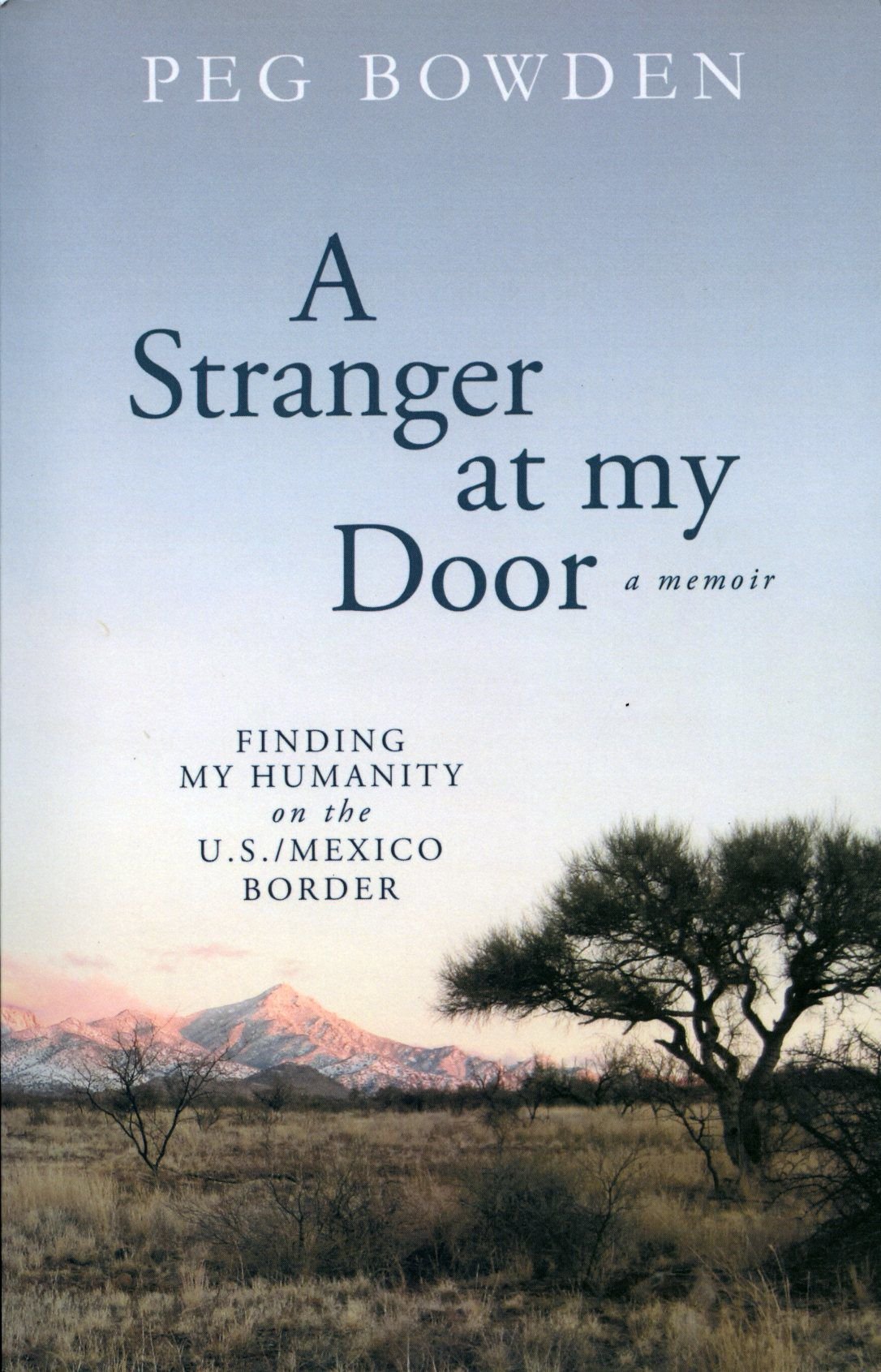 A Stranger at my Door by Peg Bowden