“In the Land of the Feathered Serpent” by Richard C. Brusca.

This reader gets intrigued when the central character of a novel decides to write a memoir that shares the novel’s title. When invertebrate biologist Dr. Odel Bernini, for example, the central character in this novel written by invertebrate biologist Dr. Richard C. Brusca, begins to write a memoir called “In the Land of the Feathered Serpent” you could wonder how much of the novelist has shown up in the character.

Research money for marine biologist Odel Bernini’s Central American research has just about dried up when he’s offered a nice stipend for a simple job: when he’s in Nicaragua or Guatemala collecting sea creatures, just make a little side trip into the country and report back to a CIA agent what he observes. Nothing, naturally, is simple with the CIA, especially in the early ’80s, when this book is set. The U.S.-backed Contras are corrupting Nicaragua, and the military is massacring the Maya Indian population. Odel’s time there becomes a journey of self-discovery (with characters named Circe and Penelope, some adventurously sensual temptresses, and a big one-eyed guy out to kill him, Brusca is clearly injecting some Homer into the narrative.) Add to that special tea and mushrooms and Quetzalcóatl, the Aztec serpent god, and the rational scientist opens his spiritual side.

The setting for this novel is fertile and fruitful: With “facts, places, and most characters …real,” (but immediate characters “fictional”), Brusca provides a sobering history of Central American countries, informed explanation of the archeology of the area, and appreciative, rich descriptions of the cities and lush countryside.

“The Lost and Found” by Jami Ober Gan.

There’s nothing like a lying, cheating, two-timing, double-dealing fiancé (apologies to Patty Loveless) to drive a girl out of L.A. toward Santa Fe. And there’s nothing like the Arizona desert to break down a Jeep and strand someone at a Tucson ranch for the emotionally fragile. In “The Lost and Found” a debut romance by Tucsonan Jami Ober Gan — central character Jade’s Jeep packs up outside Tucson. As the car can’t be repaired for a few days, Jade accepts accommodations at the Lost and Found Ranch. She’s asked only to lend a hand around the place. Turns out that the hand Jade can lend is by jumping rope and playing with Lilly, the 12-year-old alter personality of traumatized, middle-aged Diana, the ranch’s owner. Once the compassionate, generous foster mother of many troubled children, Diana is now being cared for by a collection of once-broken adults — several of them her former foster children. While initially anxious to get back on the road, Jade finds herself drawn to the nurturing, back-to-nature life of the “ranchers.” It shouldn’t be a spoiler to mention there’s a handsome sax-playing wounded vet on the premises. And it shouldn’t be a spoiler to observe that the Lost and Found Ranch can offer touching journeys home.

“The Lightest Object in the Universe” by Kimi Eisele.

When someone who has previously written about the U.S. “cultural and economic imperialism” and the military-industrial complex debuts a work of fiction, you might well fear reading a political screed disguised as story. Fortunately, in Kimi Eisele’s case, you’d be amiss. In her “The Lightest Object in the Universe,” the apocalypse has come about. As a result of world economic collapse, deadly flu, and failure of the electrical grid, transportation and communications are destroyed, institutions have imploded, and society has descended into chaos. Some hungry, lost, hopeless folks look for easy relief, and flock to a charismatic charlatan Jonathon Blue, who promises an unrealistic Edenic solution somewhere in Wyoming. Others need to learn to be resourceful.

Into this situation Eisele places Carson, a high school principal in the East; Beatrix, a political activist in the West; and Rosie, a teenager who lives with her Jonathon Blue-convert grandmother in Beatrix’s house. To escape disease and violence in the city — and to connect with Beatrix — Carson sets off to walk across the country. Thwarted in her effort to join friends on a farm in the north, Beatrix puts her activist/organizer skills into finding food and securing safety for her neighborhood. And Rosie? She just wants a boyfriend and protection from Blue’s cult. Each of them hits snags.

Interwoven points of view tighten and focus the action in this affecting book. The principals are nuanced, and Eisele’s prose shimmers. If you want to read into the novel points about economic disparity or social and environmental responsibility, you can. Or, you could enjoy this story about surviving the apocalypse through cooperation and simplicity.

A summertime encounter in Patagonia blossoms into romance for Charlotte and Wyatt, but there are thunderheads on the horizon of their perfect happiness. She is on the run from the menacing home situation created by her addicted mother; he is a ranch hand planning to shake the dust of Arizona come autumn. That they found each other was not accidental, says Charlotte’s lively and affectionate Aunt Rose, a professional psychic who knows a thing or two about past lives. Rose recognizes that her niece shares her psychic gifts and nurtures them by including Charlotte in the readings she does for clients. But a little bit of knowledge creates a lot of turmoil when Charlotte realizes that the quiet messages that come to her unbidden may presage a future in which true love does not equal destiny. Southern Arizona native Katie J. Douglas, who does a fine job evoking the Sonoran Desert summer, has filled her debut novel with a cast of engaging characters and lively dialog; her cliffhanger ending will leave readers eagerly anticipating the planned sequel.

“Killing for Power and Profit: Remembering the Victims” By H.G. Willms.

Author H.G. Willms is a veteran who has spent time in VA waiting rooms and had ample opportunity to observe lives that have been wrecked by warfare. Who, he wondered, benefits from armed conflict? Certainly not enlisted men with little stake in the power struggle for which they may die, nor do the luckless inhabitants of war zones who lose their homes and often their lives. They are, rather, the victims of wars started by powerful individuals maneuvering to gain greater wealth and influence. The realization prompted him to write this compelling historical and political overview of military struggles spanning the past 100 years, and to conclude that the perpetrators of wars that destroyed countless millions of lives were guilty of crimes against humanity for which they have never been called to account.

Willms begins his commentary with the depredations wrought in the Congo under Leopold II of Belgium, then moves on to WWI, a war of attrition in which young men were mere cannon fodder. As he makes his way through a century of conflict, Willms observes how expert public relations based on lies and spin justified the unjustifiable in the public mind. The corruption of power continues to endanger us, and being well-informed is critically important; to that end, Willms provides a bibliography of books that informed his thinking. A library administrator and book store owner, Willms lives in Tucson.

“A Visit from Lizzie” By Anita Tendick and Sophia Patch.

”Another Big Adventure for Smokee the Cat”

By Anita Tendick and Sophia Patch.

Kindness counts and friendships bring joy. These are concepts that even the youngest reader can embrace, and they are recurring themes for Anita Tendick and Sophia Patch, who together have produced nine picture books. Their most recent, “A Visit from Lizzie,” is the sequel to “A Lovely Lizard Love Story.” It celebrates the happy reunion of Lizzie, a stylish lizard and Kay, the little girl who gave Lizzie a home when she was in need. In this latest outing, Kay welcomes her old friend’s new family and builds a little house into which they happily move. Tendick’s rhyming narrative and Patch’s charmingly rendered illustrations make this affirming book a fun read-aloud.

Kindness is also the theme of the duo’s recently published “Another Big Adventure for Smokee the Cat.” It focuses on the unlikely friendship of a house cat and his coyote companion and their rescue of an injured bird during a free-wheeling escapade in the city. Both books conclude with interesting animal facts and activities. Tendick lives in Oro Valley; Patch attends the University of Arizona where she studies art and illustration.

“What Was He Drinking? The Saga of Wayne Zing” By L. V. Jagnow.

Wayne Zing wants to be a writer, but success eludes him despite the long years he’s spent honing his craft. His exasperated, soon-to-be-ex-wife may be on to something when she observes “I never see what you mean, and quite frankly I think it carries over to your writing.” He dreams big— his goal is to write the great American novel — but poor Wayne can’t find his niche. Literary fiction? Mystery? Spy thriller? Nothing seems to be a good fit. But savvy readers will understand that Wayne should give humor a shot, and he could do this by simply writing about his personal experiences. From his nearly-feral writer’s group, to his off-kilter in-laws, to the inexplicably weird acquaintances he makes as he bounces from city to city, Wayne’s life is a hoot. In L.V. Jagnow’s capably comedic hands, Wayne’s writerly trials and tribulations are guaranteed to amuse. This is Jagnow’s third book. The retired hospital system executive lives in Tucson.

We’ve all had it happen: You hear about a book and go to your local library to find it, but dozens of people are ahead of you on the waitlist.

Rosie on the house: How can we fix the tile put down at our pool?

QUESTION: My husband and I installed a travertine stone patio around our swimming pool. He has done projects like this before so everything we…

Etiquette in an elevator: Should we be chatting it up while we're going down?

For most of us, the accepted norm for an elevator ride is this: Get in and position yourself as far from others as possible, face forward, be …

If getting to the farmers market is hard for you, a new storefront just north of downtown Tucson will help you support local producers anyway.

Rosie on the House: Repairing vs. replacing the water heater

Question: The water in my house does not get as hot as it used to, even if I crank the handle as far as it will go. Why am I not getting reall… 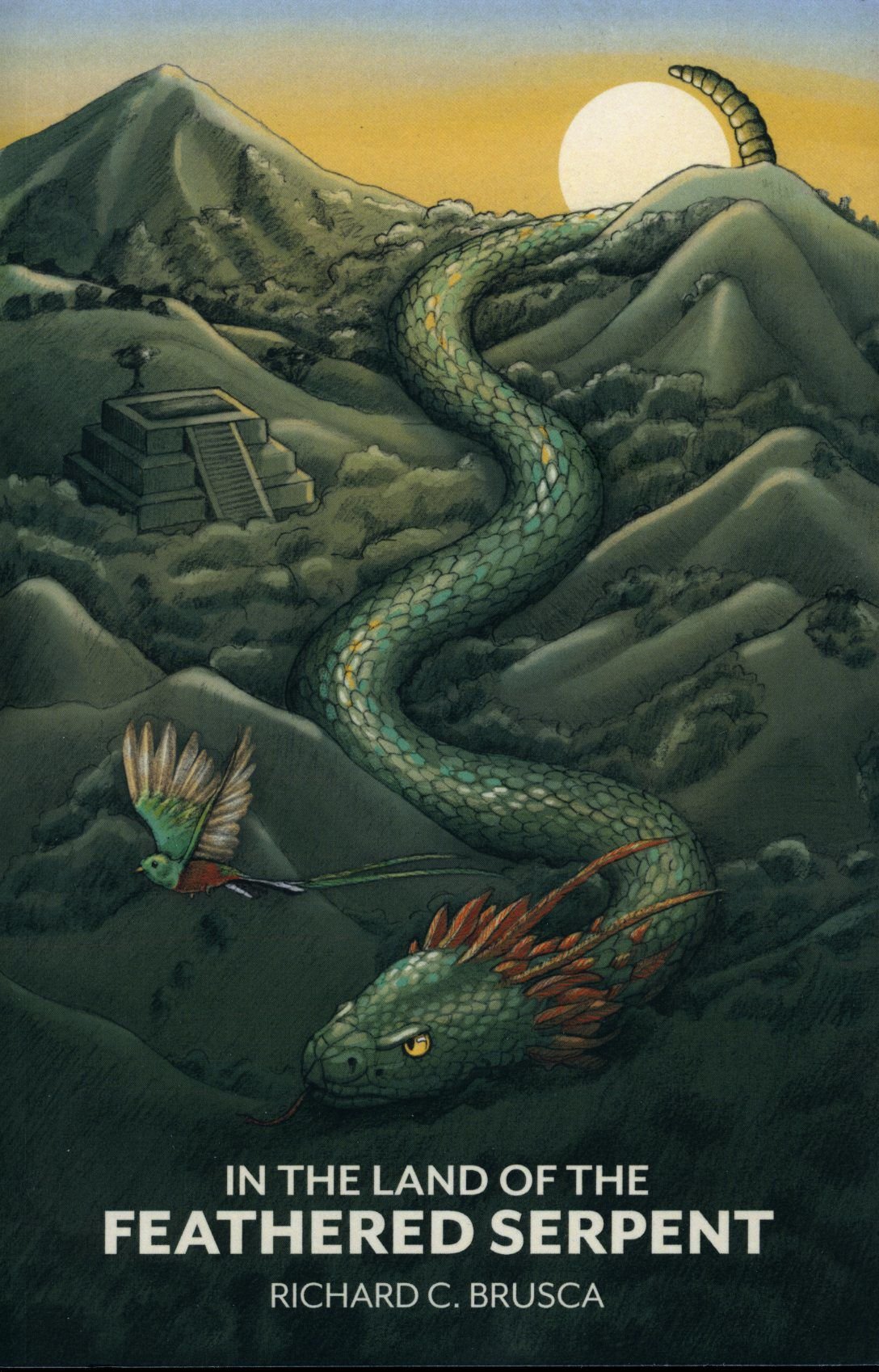 In the Land of the Feathered Serpent by Richard C. Brusca 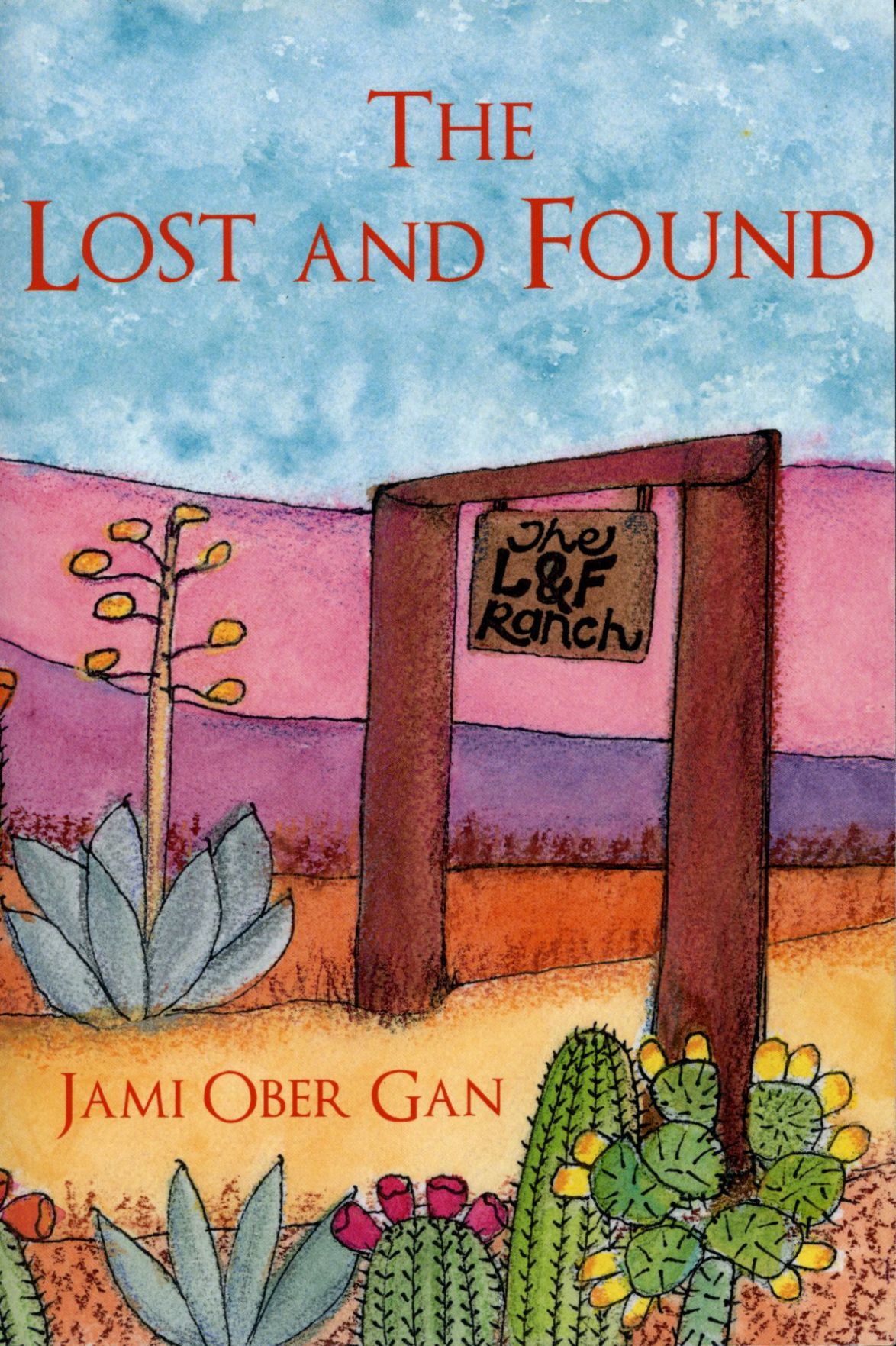 The Lost and Found by Jami Ober Gan 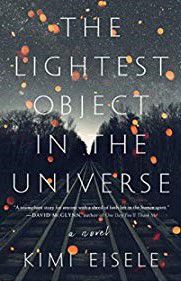 The Lightest Object In The Universe by Kimi Eisele 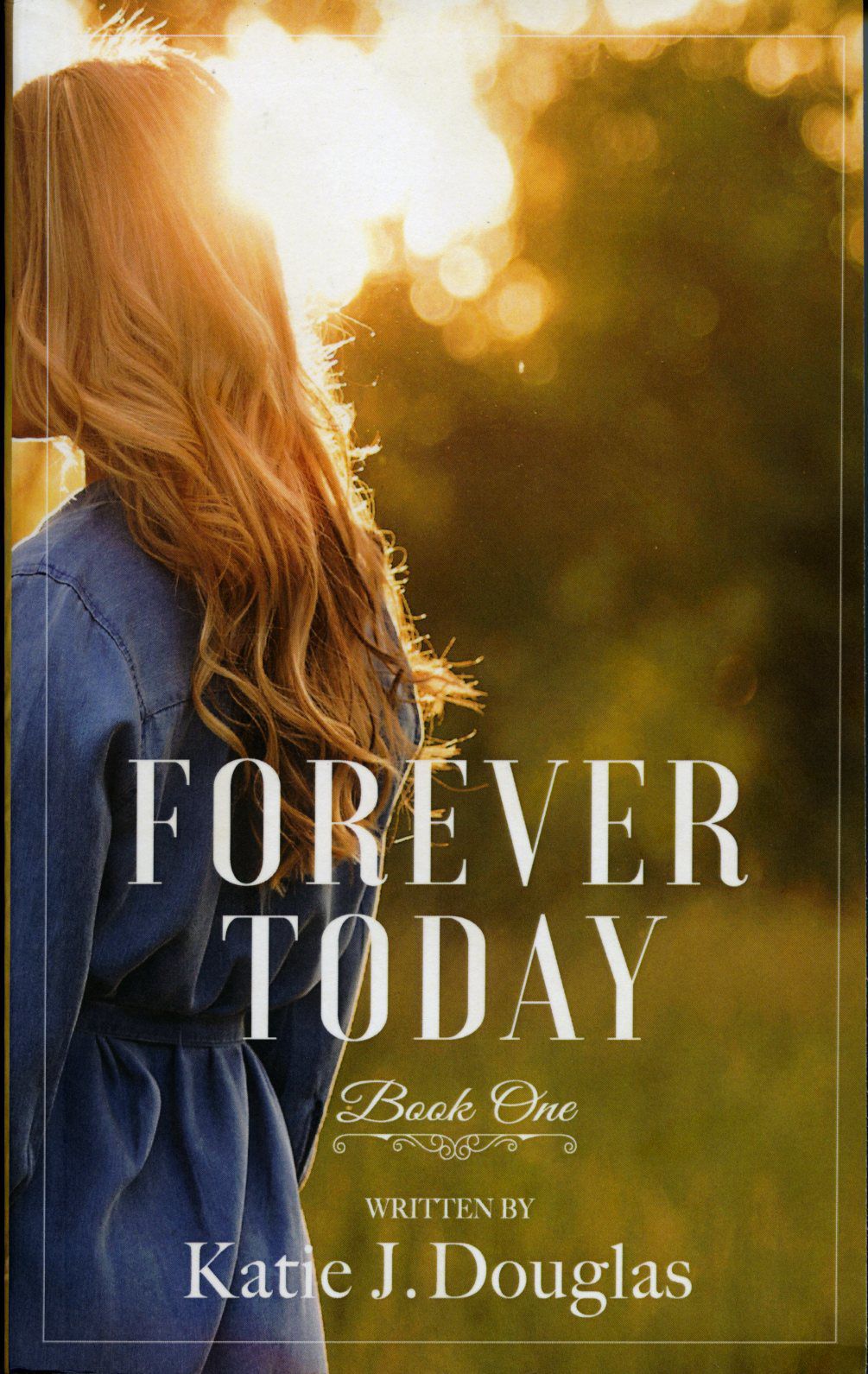 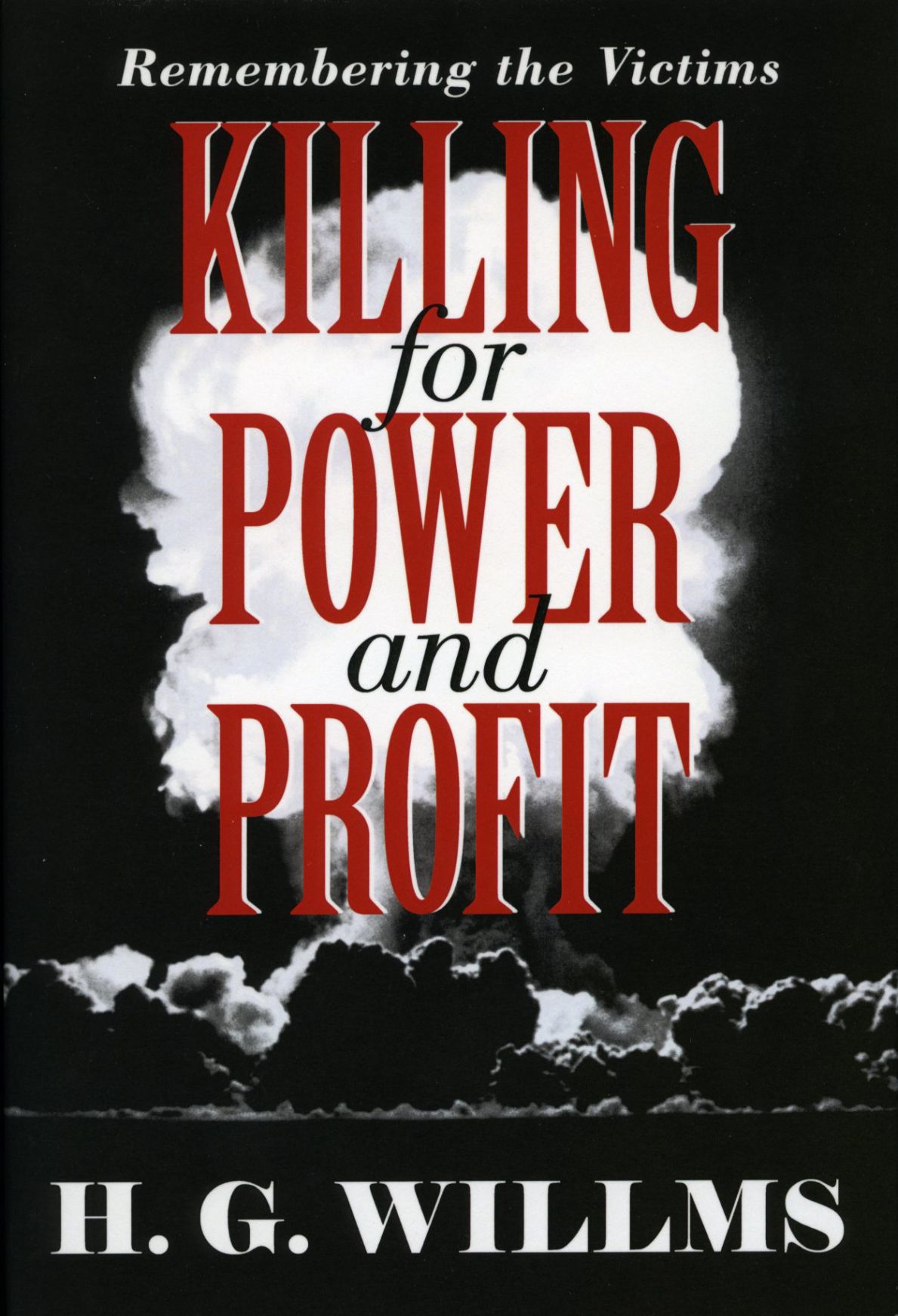 Killing for Power and Profit by H.G. Willms 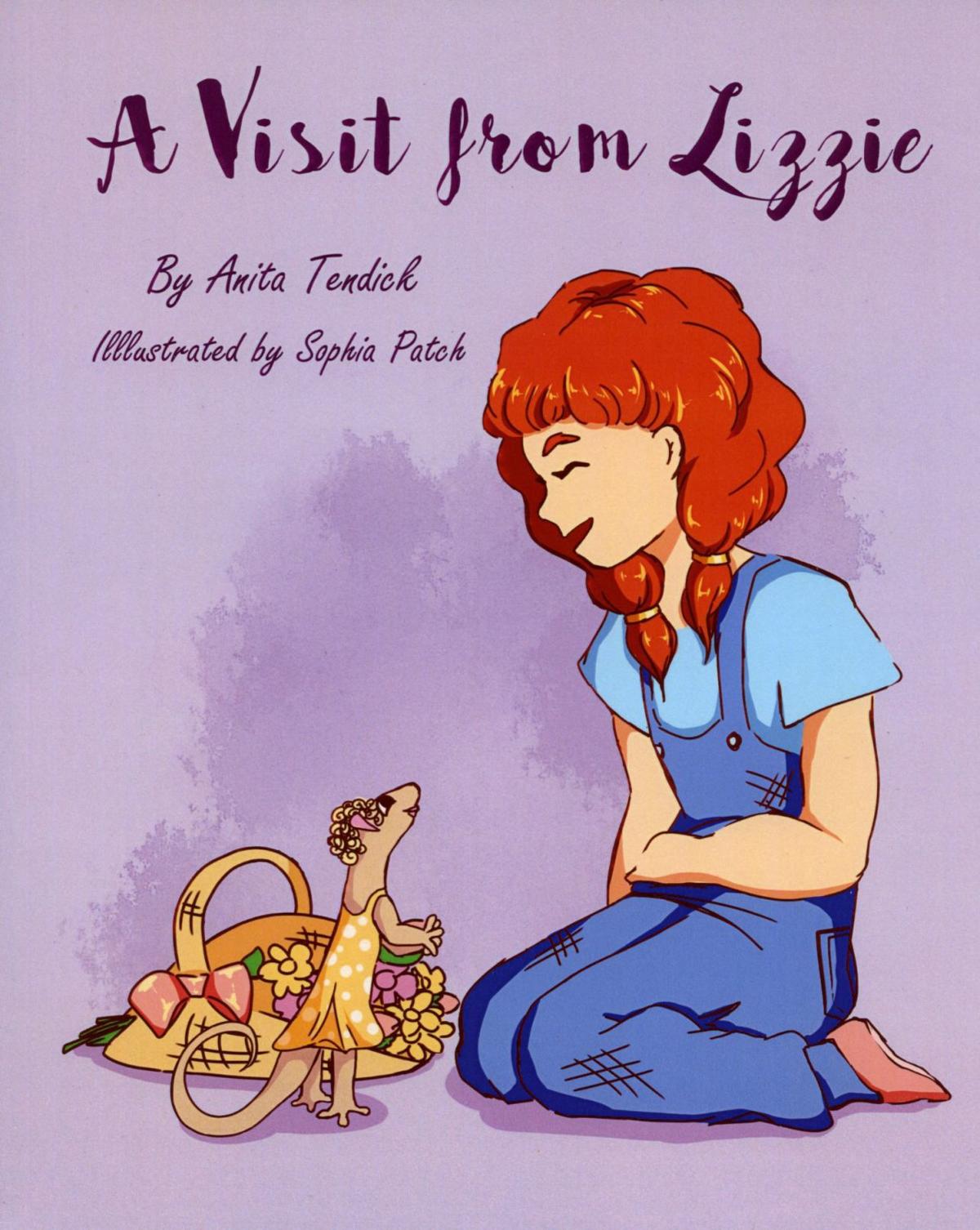 A Visit from Lizzie by Anita Tendick. Illustrated by Sophia Patch 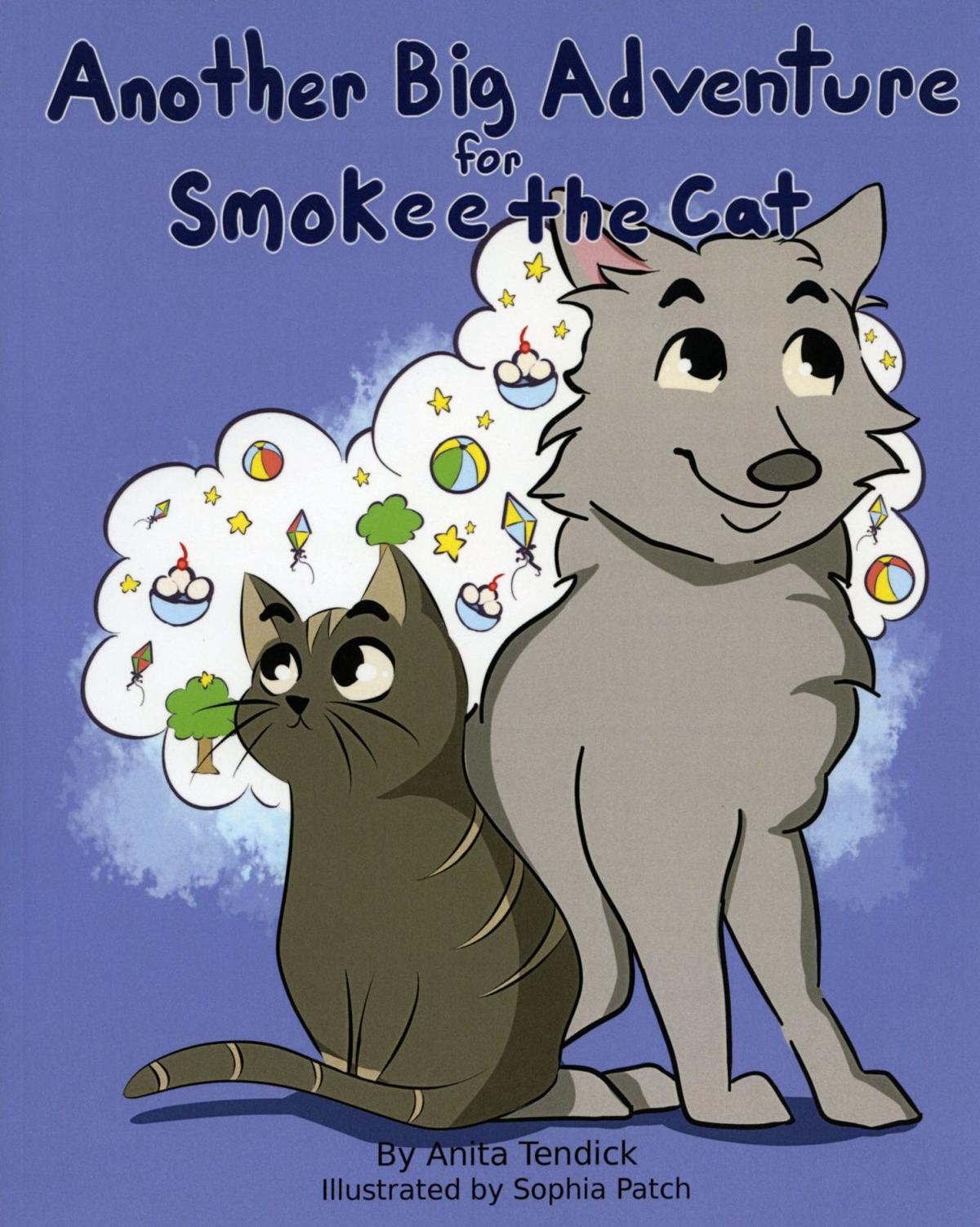 Another Big Adventure for Smokee the Cat by Anita Tendick. Illustrated by Sophia Patch 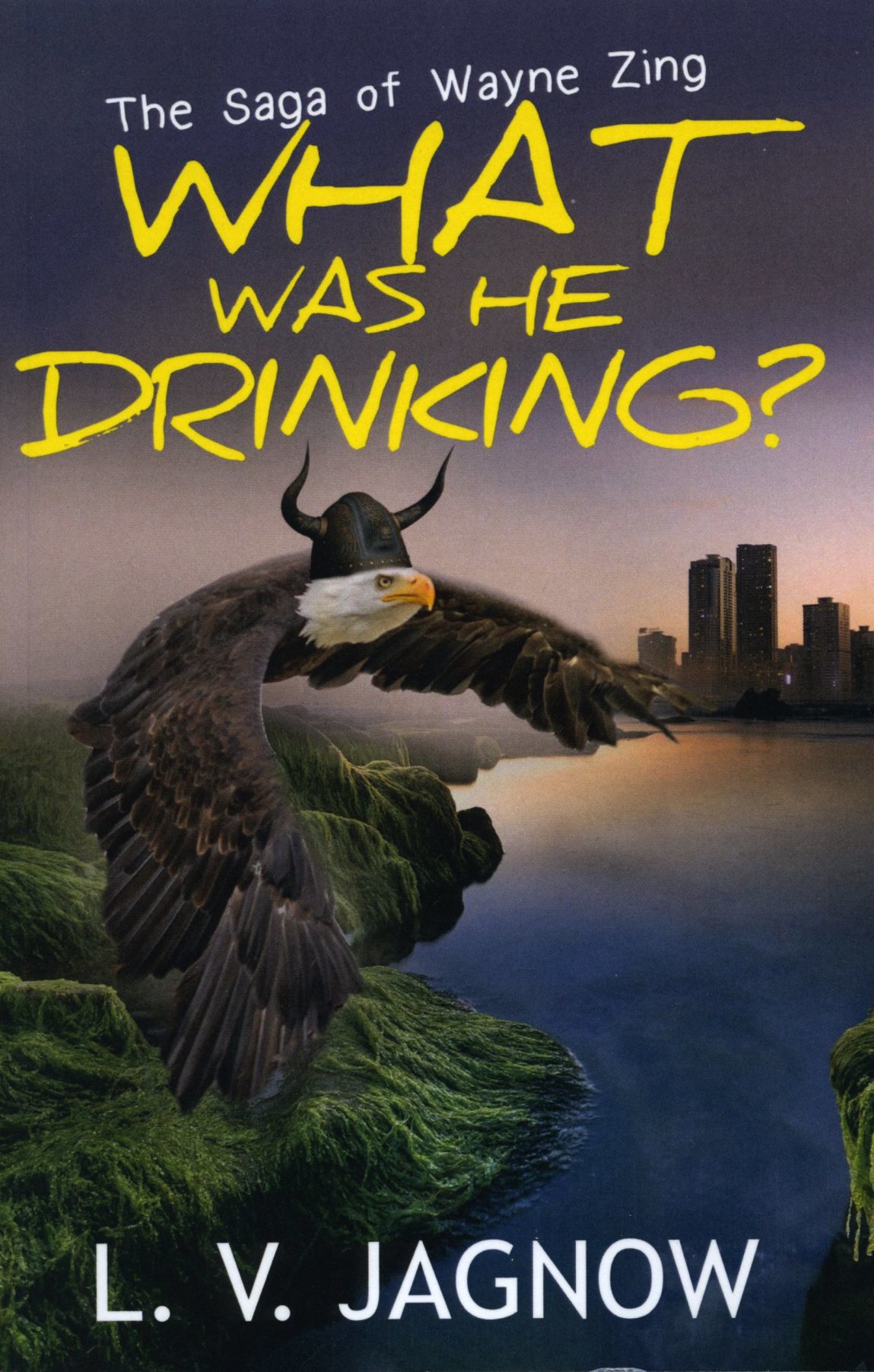 What Was He Drinking? The Saga of Wayne Zing. By L.V. Jagnow