On his way home during a stormy night, Carlos Rodarte — just a boy at the time — trekked through the mud and into the darkness alone.

The boy tried to be brave but he kept hearing his uncle’s words in his head: “Whenever it rains and the ditch overflows, that’s when La Llorona is sure to be out.”

As lightning lit the night sky, Carlos realized someone was following him through his family’s orchard. It was La Llorona, easing closer and closer to Carlos as she wept.

La Llorona is an infamous ghost well-known in Latino folklore. As the shortened story goes, though many variations exist, La Llorona drowned after killing her two children. But her spirit remains, as she cries and screams for her kids.

Thousands of years later, the tale of La Llorona is still told. Many people — like Carlos — swear they have seen her.

Christopher Rodarte, who grew up in New Mexico and is a third-grade teacher at Tucson’s Sam Hughes Elementary School, published a book centered around the wailing woman. Christopher Rodarte is the nephew of Carlos Rodarte.

“La Llorona: Ghost Stories of the Southwest” is a compilation of first-person encounters with La Llorona. The encounters may be exaggerated, with names and details altered, but the heart of the stories were all told to Christopher Rodarte as truth. Some even happened in Tucson.

Carlos’ story is just one encounter — and Christopher Rodarte’s favorite — mentioned in the book. Now decades after Carlos’ encounter with La Llorona, Christopher Rodarte still refuses to go into the family orchard alone at night and turns his rear-view mirror so he doesn’t have to look into the darkness as he drives through the area.

“The stories have fascinated me since I was a child,” he says. “It’s something I’ve been drawn to since I was very little and it scared me senseless.”

Although the book is intended for young readers who have “outgrown ‘Goosebumps’ but aren’t ready for Stephen King yet,” Christopher Rodarte says a number of adults have had nightmares after reading it.

The 159-page book — which originally started as a script for a film — was released in April, but it’s something Rodarte had been working on for the past two decades.

The book, which is Rodarte’s first, includes stories that didn’t quite fit into the film script, which is still a work in progress.

When compiling the stories, Rodarte dug through handwritten archives from the University of Arizona’s Southwest Folklore Center and spoke to a number of people who have encountered La Llorona.

“I wanted (the book) to be as authentic and respectful as possible — not exploitative,” he says.

Rodarte says La Llorona is especially well-known in Spanish-speaking communities. But he even found versions of a similar story — just under different names — in Germany and Africa.

“It’s a story that was probably developed around patriarchal times as a way for women to control their children and men,” he says. “For children, it was a cautionary tale to keep them away from ditches and floods.”

Most tales of La Llorona have a moral that tends to be something like, “be good or La Llorona’s gonna get you,” Rodarte says.

“With ghost stories, usually ghosts aren’t really dangerous. They don’t really hurt you,” he says, adding that La Llorona is an outlier. “Particularly the fact that she’s a mother and mothers are supposed to be loving and safe — there’s something about that that’s fascinating to people.”

No one knows for sure when or where La Llorona originated, but Rodarte says people “adamantly believe she’s from their town.”

Rodarte says that, while writing the book, he witnessed two people at a local barbershop fall into a heated discussion when talking about La Llorona.

Excerpt from the book

"Wrinkled skin dripping with fetid water, twisting fingernails covered with black muck, wailing and gnashing of teeth — and unspeakable sin. These images haunt the imaginations of millions of people; they also are part of the bedtime stories many children will hear tonight. Have you heard of La Llorona? She is the most popular and infamous ghost in Latino folklore; in fact, the legend of La Llorona, the Wailing Woman, may be the oldest ghost story in the southwestern United States, South America, and Mexico. Stories about this disturbing and complex figure even existed as part of the Aztec culture thousands of years ago. Today, numerous versions of the legend are told wherever people speak Spanish. Generations of children have been scared by grandparents, parents, brothers, sisters, and friends who told them about the ghost who haunts the rivers, ditches, and waterways of the world. The legendary Wailing Woman is not merely frightening; she is profoundly tragic and very real to many people. When and where did stories about “the ditch witch,” as La Llorona is often called, originate? Nobody knows for certain, but tales explaining the legendary character’s roots are often similar: she is generally presented as a young woman who committed a horrible deed and received her punishment after death — by being cursed to roam the earth searching for victims while eternally weeping and screaming with remorse. The following version of the folktale explains how La Llorona came to exist. In this case, the story originates in Mexico. So turn down the lights and prepare yourself for one of the most chilling ghosts of all time ... La Llorona."

Learn some history, eat some food on this tour of Tucson's Presidio district

A little bit of walking, a little bit more storytelling and a lot of food.

From sculptures to murals: The UA campus is home to dozens of public art pieces

A dark bronze sculpture stands tall in the beaming sunlight outside the University of Arizona Museum of Art.

From colors to designs, each of the 50 javelina sculptures are painted differently.

If you have a love for writing poetry or have some prose that you think is so good it should be shared —but is unpublished, consider entering …

Eight professional artists will be in attendance to create 6-foot murals.

Pssst. Want to know a secret?

Derek Leahy is driven by his desire to give back to the skating community.

“Leap of Power: Take Control of Alcohol, Drugs and Your Life” by Robert Schwebel, Ph.D. 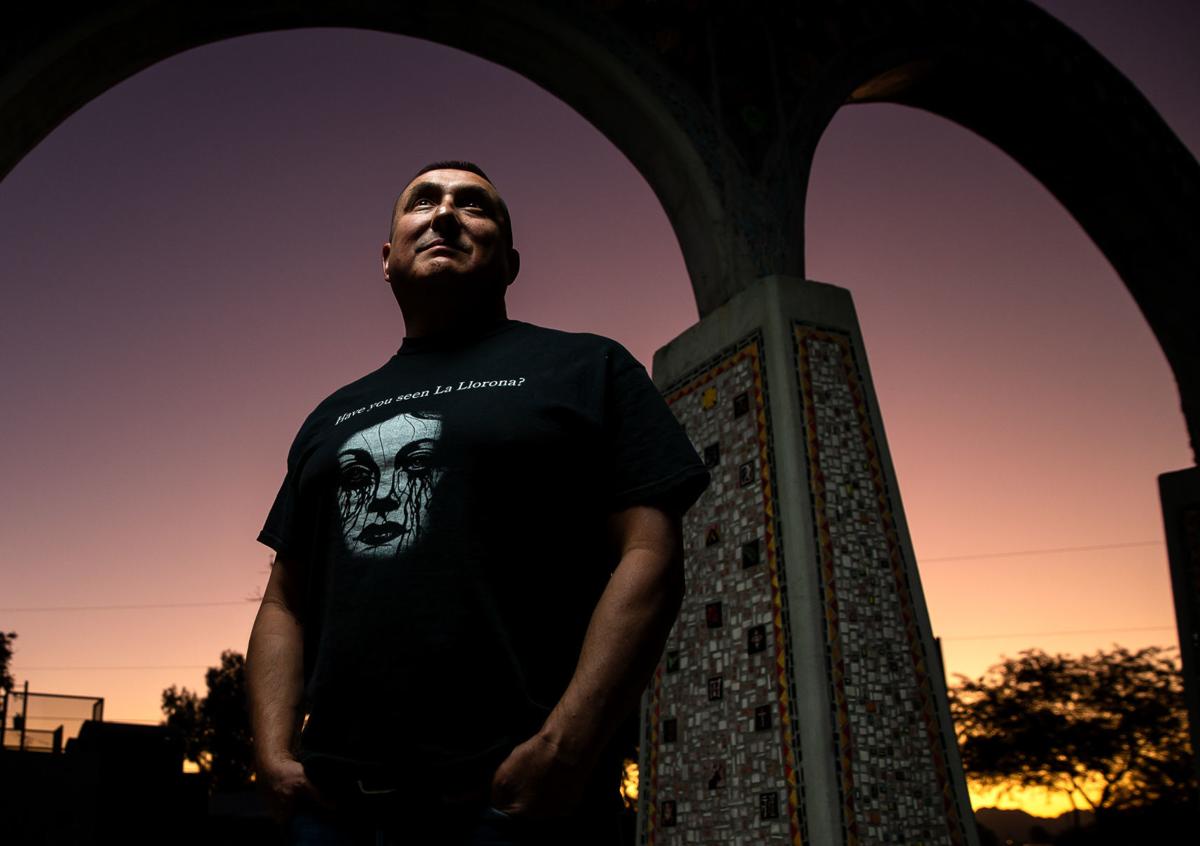 Local author Christopher Rodarte, who grew up in New Mexico and is a third-grade teacher at Tucson’s Sam Hughes Elementary School, published a book centered around the wailing woman. The 159-page book — which originally started as a script for a film — was released in April, but it’s something Rodarte had been working on for the past two decades. 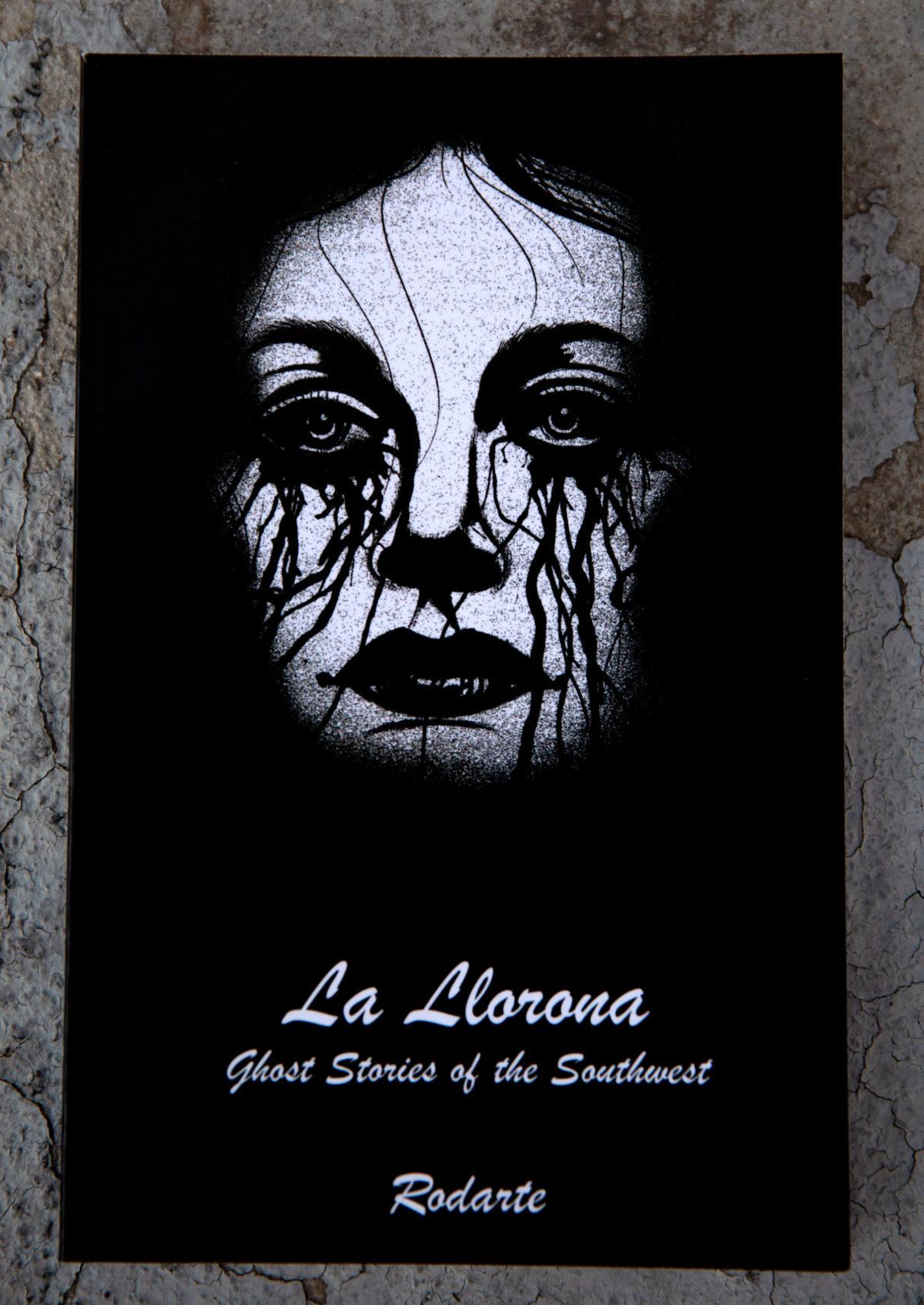 Christopher Rodarte’s (who simply publishes as Rodarte) first book “La Llorona: Ghost Stories of the Southwest,” is a collection of stories based on encounters that people have had with La Llorona in the southwest; including one which is said to have occurred in Barrio Hollywood. 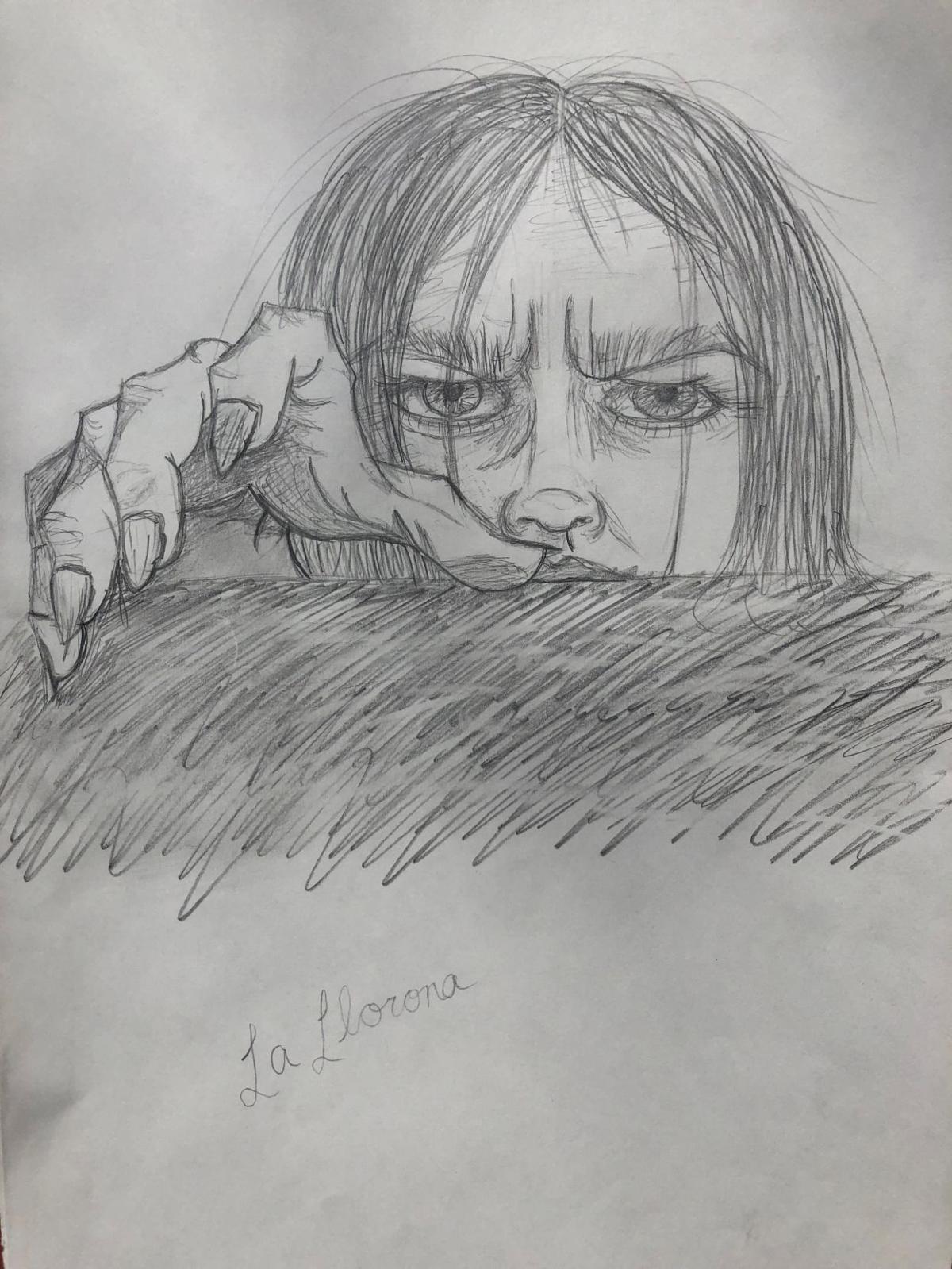 The images of La Llorona “haunt the imaginations of millions of people,” author Christopher Rodarte says. 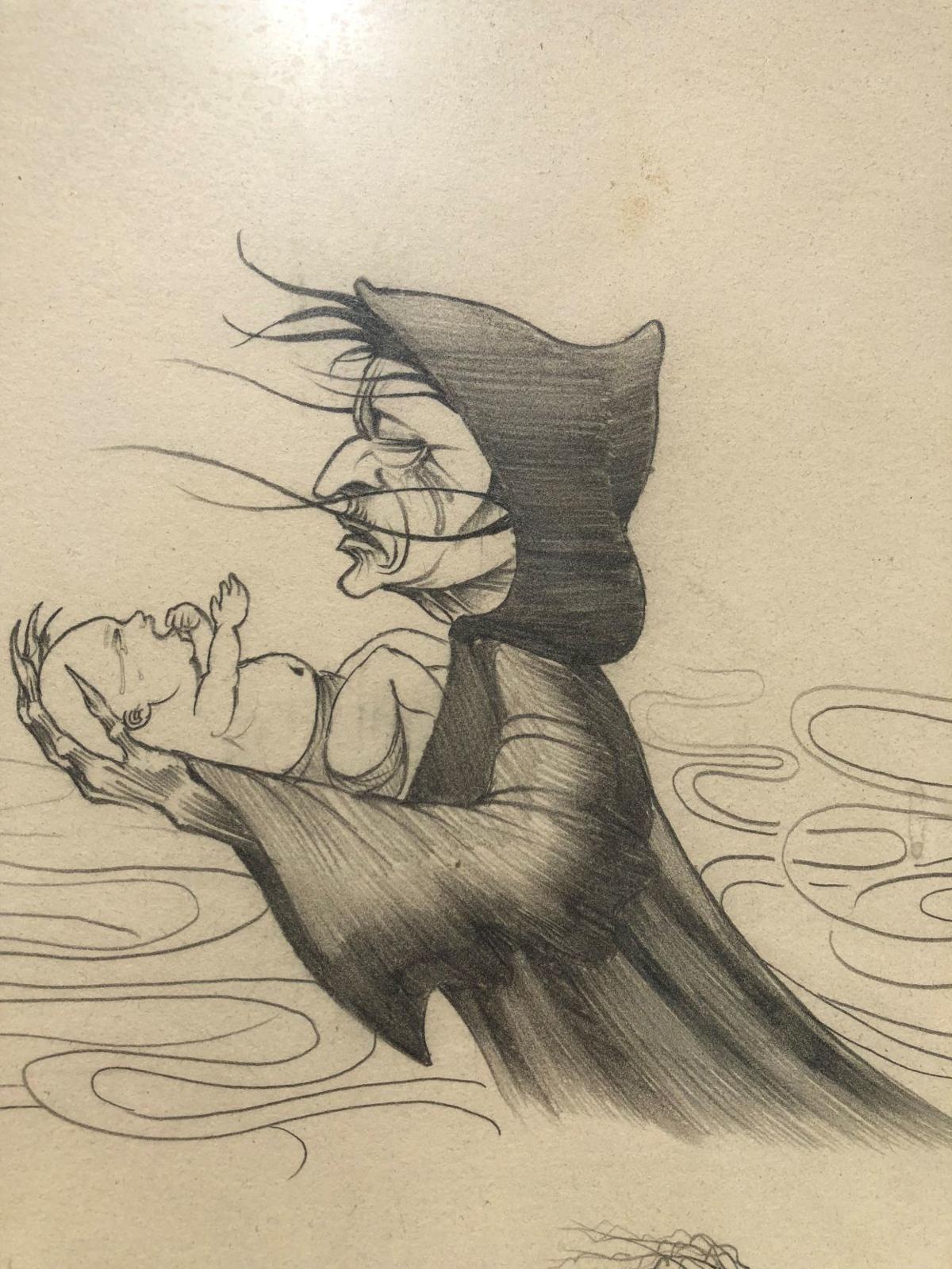 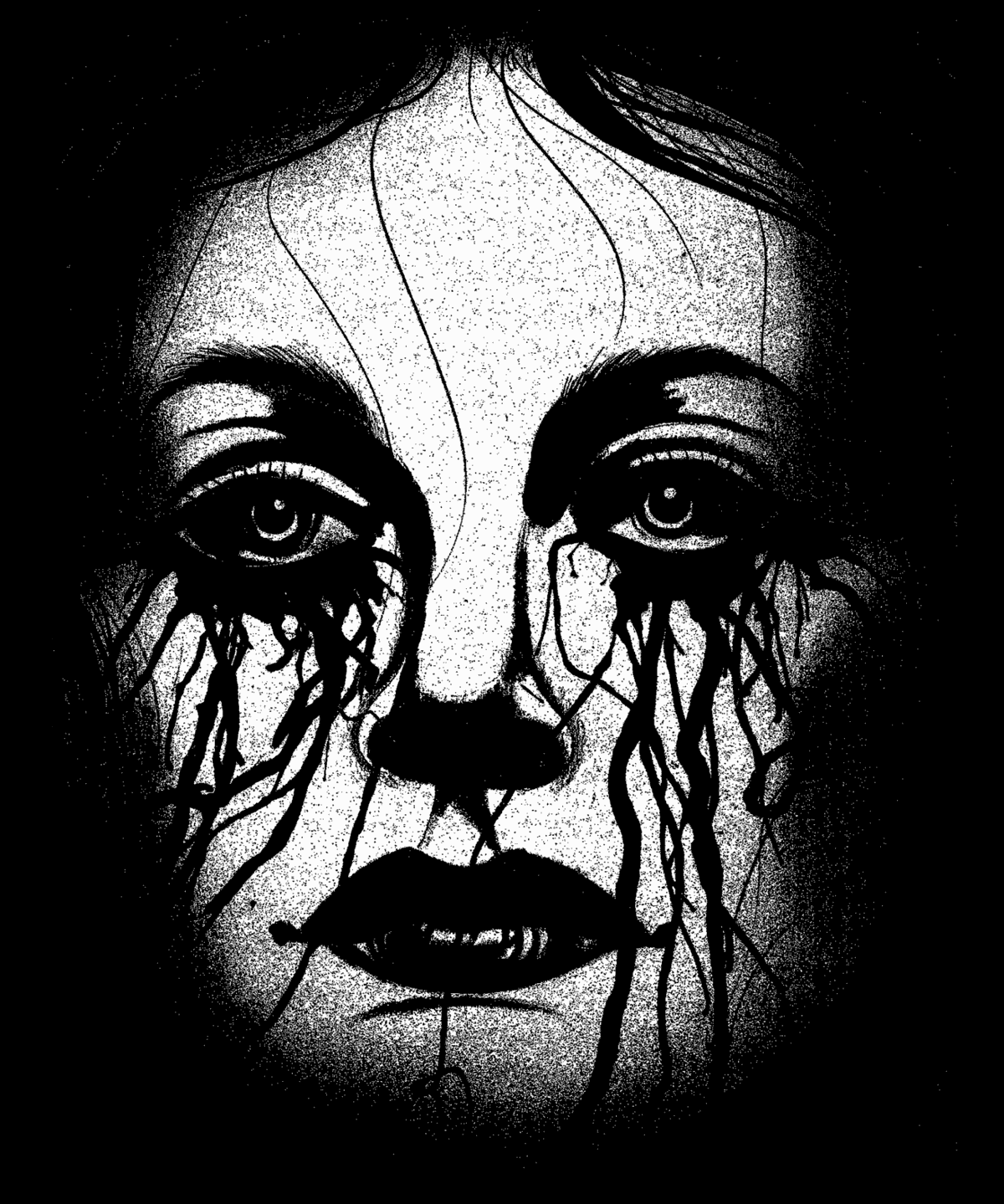 This artwork is displayed on the cover of “La Llorona: Ghost Stories of the Southwest.” 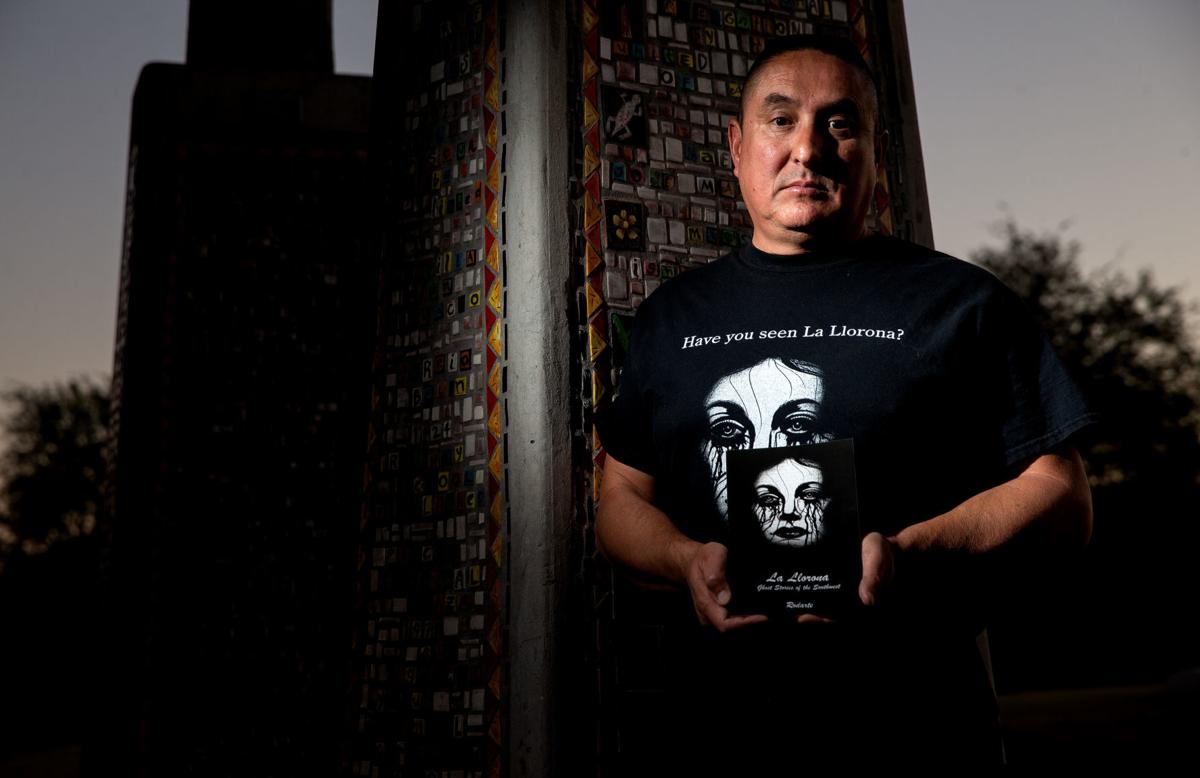 Local author Christopher Rodarte’s first book “La Llorona: Ghost Stories of the Southwest,” is a collection of stories based on encounters that people have had with La Llorona in the southwest.