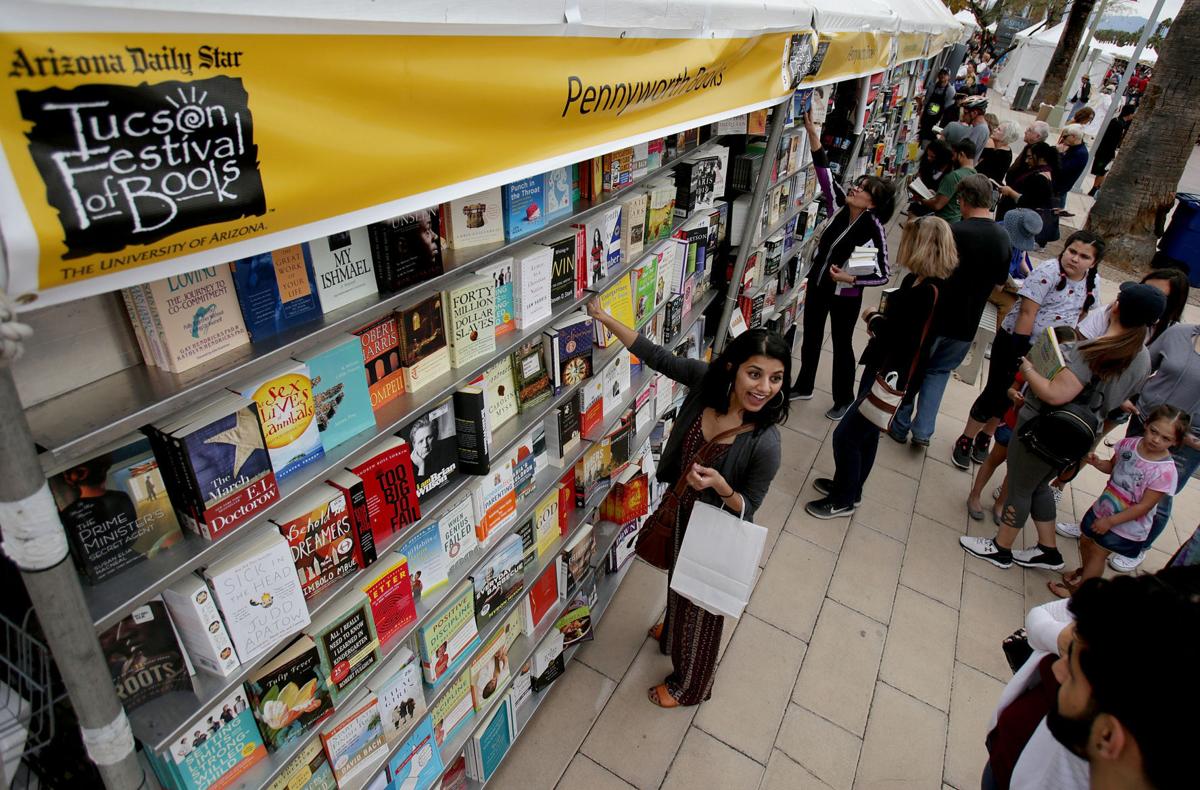 The Tucson Festival of Books is one of the largest book events in the country, with author talks and activities for the whole family. The 2021 event is going virtual.

The Tucson Festival of Books will be virtual this year, but that doesn’t mean there won’t be plenty of thrilling and interesting authors speaking to their fans.

You can find Pulitzer Prize winners, including Anne Applebaum, Héctor Tobar, Jane Smiley, Gene Weingarten and David Maraniss; Edgar Award winners, Hugo and Nebula Award winners and numerous authors who have received other awards for their writing. There’s an Emmy winner — David Pogue — among the presenting authors as well.

Tucson Festival of Books favorites J.A. Jance, Thomas Perry and Luis Urrea, who have presented at every festival, will present again.

Fans of the TV series “Bridgerton” will surely be happy to hear that the author of the novels from which the series is based, Julia Quinn, will also speak. If you want to hear from a man whose books may give you nightmares, put Dean Koontz on your schedule.

Lisa See, who would have received the festival’s Founders Award in 2020, will be the recipient this year.

The virtual Tucson Festival of Books may not be exactly what readers are accustomed to, but it will be engaging and educational.

The virtual Tucson Festival of Books is Saturday and Sunday, March 6 and 7, 2021. More information and instructions for attending events online will be available soon.

Learn more at TucsonFestivalofBooks.org where you can also find ways to support the festival.

These are the authors scheduled to present at the Tucson Festival of Books. Of course, changes are a fact of life and this list could change slightly as well.

Books by and about female musicians who rock

Violinist Rose Hsien and her pianist/composer husband Andrew Hsu recorded a special concert for Arizona Friends of Chamber Music. The concert premieres on Saturday, Jan. 30, as part of the Friends 2020-21 virtual concert season.

The theatrical festival will have 20 free performances on tap this year, streaming on Zoom and posted to YouTube.

How to support businesses, authors at the virtual Tucson Festival of Books

Learn about authors and local businesses and find activities for the kids at this year's Tucson Festival of Books.

Plenty of fun in store for kids, teens at the virtual Tucson Festival of Books

From kids drawing workshops and author talks to live science projects and a Lego how-to, here's what's on the schedule for the book fest.

The Tucson Festival of Books is one of the largest book events in the country, with author talks and activities for the whole family. The 2021 event is going virtual.