Back in 2008, Daniel Seddiqui spent a week with the Border Patrol along the U.S.-Mexico border in Nogales.

It was one of 50 jobs the then new college graduate took on in 50 states out of frustration with the job market and curiosity about the world outside his native California.

He published “50 Jobs in 50 States,” a book that chronicled his experiences that included working as a logger in Oregon, in a meat packing plant in Kansas, on a lobster boat in Maine, as a reverend in Las Vegas and as a coal miner in West Virginia.

That venture launched what has become arguably an obsession with the father of one, who now calls Oregon home. Since 2008, Seddiqui has crisscrossed the country 20 times, hitting all 50 states each time. His adventures have been covered by every major cable and network and national media including USA Today, the Los Angeles Times and Chicago Tribune.

In his latest book, “Piecing Together America,” Seddiqui went looking for American innovation and beauty, things that were specific to a city that he could learn to make himself and take home as a memory.

The idea came to him when he was looking around his Oregon home last February, not long after the birth of his daughter, and realized he had no real mementos from his journeys. But he wanted more than just a refrigerator magnet; he wanted to shine a spotlight on the true meaning of “Made in America.”

“We’ve done really impressive things in this country over the past 300 years, whether it’s the Erie Canal or the Hoover Dam,” he said during a phone call a couple days after “Piecing Together America” was released on May 11. “We’ve done significant things.”

Seddiqui set off on his journey in spring 2021. Tucson was one of his last stops in February and when he asked folks at Visit Tucson for ideas, they told him that we do tamales.

That apparently was news to Seddiqui, who never realized in all the years that he had popped into Tucson to visit family or work on his books that we had such a vibrant food scene.

“I didn’t know Tucson had such an impressive food scene and I hadn’t really done anything food-related besides goetta, which is sold around Kentucky and Cincinnati,” he said of the popular grain and meat patty that is often compared to scrapple.

Seddiqui reached out to El Charro Café downtown and got permission to work alongside a cook, who taught him the fine art of tamale making over several hours in February.

“We made a few different kinds of tamales including the hemp tamale and a dessert tamale,” he said.

The experience is one of only three that involved food. In addition to learning to make goetta and tamales, he also learned to make the fancy latte art swirls that Seattle is known for.

“Actually, I didn’t learn. I failed,” he confessed.

“Piecing Together America” is available through Amazon and other online retailers. Learn more about Seddiqui’s journeys on his website, appropriately called livingthemap.com.

Half of Tucson's public pools to stay closed this summer

For Star subscribers: A shortage of lifeguards is being blamed for pool closures and reduced operating hours planned this summer for public pools in Tucson and Pima County.

For Star subscribers: Built in 1907, a historic Tucson duplex that has sat vacant for years has been renovated and will soon house a restaurant and candle shop.

For Star subscribers: The neon Grill sign on display for decades in downtown Tucson is being restored to its former glory by Ignite Sign Art Museum.

The MSA Annex Night Market features Tucson artisans and runs from May to September. 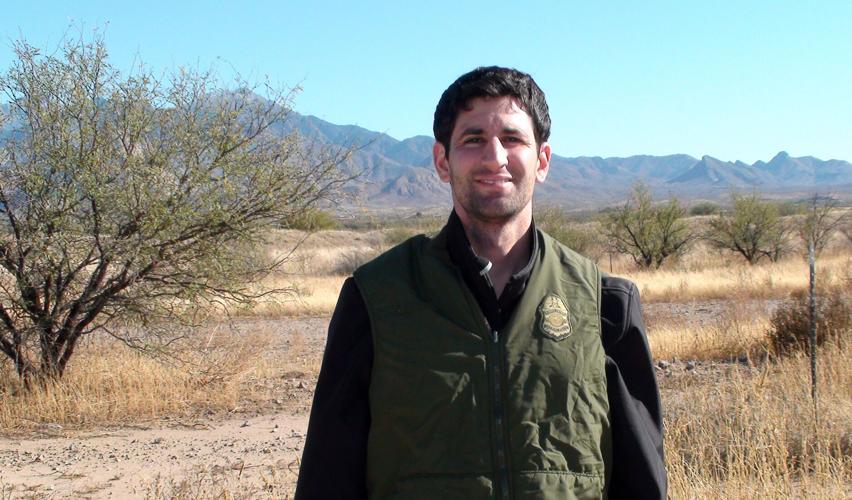 Daniel Seddiqui in 2008 while spending a week with the U.S. Border Patrol in Nogales as part of his “50 Jobs in 50 States” book.

Daniel Seddiqui made tamales at El Charro as part of his latest book, "Piecing Together America."