Who are those men following T.A. McGovern, and why do they keep winding up dead? It’s a disquieting state of affairs for the young map restoration specialist. Plucky T.A. (short for Titania Ariel) already has her plate full, trying to chart a path to success in a profession unwelcoming to women, so she jumps at the opportunity to accompany the admittedly unsociable Mr. Kamakura on a sketchy trip to New Mexico, to provide her expert opinion on a missing antique North American map, purported to predate Columbus. But what should have been a scholarly endeavor becomes a chaos of dark caves, perilous mountains, Indian ruins, blood-thirsty ninjas, and — you guessed it — more dead bodies, as the race to secure the map intensifies. Thankfully, T.A. is not alone in unraveling this cartographic mystery — she’s joined by a vivid cast of characters that includes archaeology whiz kids, former hippies-turned-ancient-Asian-language experts, a feline body guard, and an undeniably attractive FBI agent. Who would have thought an old map could lead to so much mayhem? This is a debut novel for L. J. Garrod, who lives in Tucson. She is also the author of “Coyote and the Fish,” a book for children.

“Ganado Red: A Novella and Stories” by Susan Lowell.

With her newest collection of short stories, Susan Lowell offers a sometimes startling, sometimes sly, but consistently intriguing look at the denizens of the Southwest borderlands. As a fourth-generation Arizonan, it’s a landscape — and an attitude — she knows better than most, and the sense of place she imparts is unerring, no matter the context of the story. In the collection’s title piece, a footloose young woman at loose ends returns home to Tucson where she discovers that her way forward may actually lie in the past, courtesy of a sepia-tint photo hinting at the eccentricities of her Arizona ancestors. In the novella “Captain Death,” text messages on an abandoned cellphone present an unanticipated human cyber-dimension for a boots-on-the-border journalist reporting on immigration. Lowell’s characters are idiosyncratic and complex, as original and unique as the desert landscape that shapes them. From an intrepid javelina wrangler to an irascible blacksmith, they include cowboys, a witch, a basket maker and a mountain lion hunter, and all of them make for the kind of witty storytelling that invites close reading — readers won’t want to miss a single turn of phrase in this jewel of a collection. Fans of the late Jim Harrison will particularly enjoy “The Woman Who Loved Trees,” Lowell’s contemplation on an aging poet. In fact, she dedicated the volume to Harrison who, she says, “passed me a torch.” It’s one she carries expertly.

“Two Desperados” won the George Garrett Award for excellence in fiction from Texas Review Press. Lowell, who splits her time between Tucson and a ranch on the Mexican border, is the author of 19 books, including “The Three Little Javelinas,” a classic Southwest picture book that was a Reading Rainbow selection. She is also the author of “Ganado Red: A Novella and Stories,” which won the Milkweed National Fiction Award. Originally published in 1988, Ganado Red— a reference to a style of Navajo rug and the title novella of the book — was recently reissued by Rio Nuevo Press. The collection shares the rough beauty of its Southwest setting with “Two Desperados,” and earned critical acclaim when it first appeared for its “distinctive, regional voice.”

“The Well-Mannered Giant” by Patt Paulos.

Fred is a little boy with a big heart, a heart big enough to have plenty of room for a new friend — even though that new friend is a giant. Giants like Zane can be pretty scary; the other kids run away from him, but Fred quickly figures out that, despite his size, Zane is really just a boy who’s a lot like him. In her debut picture book, author Patt Paulos reveals the rewards we reap when we understand that we are all more alike than we are different. As their friendship flowers, Zane is accepted by the other kids, Fred’s mom is pleased with the kindness of her son, and both boys are delighted to have a new playmate. Paulos, who lives in Tucson, credits her multi-ethnic background for her attitude of love and acceptance, an outlook she hopes to convey to young readers. Colorful illustrations enhance the story’s joyful message which is told in rhyming couplets, just right for a cozy read-aloud.

Wide-ranging, assertive, sometimes objective, sometimes subjective, the poems in David Ray’s 26th book are markedly accessible. The subjects in this collection by English and creative writing professor Ray range from war protest and environment consternation to pop culture and literary figures. Ray evokes Walt Whitman’s Civil War compassion in poems empathizing with soldiers in contemporary wars. He singles out a young bugle boy to remind us that “… men … die for the lies of their fathers.” In “By the Grand Canyon,” Ray recalls a Twin Towers image, and looks to nature to model human compassion and unity, and uses a cactus-trimming trope to reflect on the endurance of art. He relates anecdotes of well-known figures — Marilyn Monroe, Sidney Poitier; he imagines moments from the lives of Kafka, Kerouac, Colette, Plath. But the most affecting poems in the collection are the personal — where the speaker recalls childhood abandonment and abuse, where he expresses regrets, he grieves loss, admits emotional instability… as in the title poem, where his cherished belongings chucked out onto a sidewalk become ”Burnt Offerings”

“The Caroline Paintings: An Art Novel” by Arthur D. Hittner.

Arthur D. Hittner knows his art and loves his baseball. The retired attorney, part-time Oro Valley resident who has numerous non-fiction publications on both art and baseball, has just released his third novel, and managed to incorporate both. Inspired by the real-life story of the “Helga Pictures” — a secret cache of Andrew Wyeth paintings featuring Wyeth’s neighbor and model —“The Caroline Paintings” features a painter, a precocious teenage beauty, a lumbering antiques peddler, a rumpled semi-retired art professor, and a mystery and ethical quandary involving lost art. As in his previous novels (“Artist, Soldier, Lover, Muse” and “Four-Finger Singer and his Late Wife Kate”), “The Caroline Paintings” is informed, but not burdened, by Hittner’s expertise. And, as he clearly likes his characters, so do we.

“A whirlwind of blackbirds rises ..., spirals around its vortex,” writes Sierra Vista poet Michael Bowden in this luminous collection, “the way words do when you’re looking for truth.” Bird imagery abounds in Bowden’s work, as do images of trees, sky, life in the outdoors, and the borderland. The spirit of his poems elevates, even if the subject matter saddens. Bowden writes of family, memory, the concrete and ephemera of life: “My father’s veins thread through my arm,” he writes, “/coarse as blue twine.” And those of us locals fortunate enough to have met poet Tony Hoagland will appreciate Bowden’s memorial poem to him, “First Spring, Summer Tanager.” Grieving, feeling unbalanced, the speaker wishes he could be as oblivious as a brilliantly-colored songbird he’s spotted near a small desert river: “…my vision doubling,/” he writes, “… seeing what is, and what isn’t, here: / spring songbird, old friend, / May river a tune that won’t come right.”

“A Marriage of Any Length Is Many Marriages” by Ed Bassford.

Truth be told, the prospect of reviewing a hefty, 9-by-11-inch, nearly 500-page, small-font, photo-less, book was daunting at best. Especially as it wasn’t clear what literary genre it was in: Fiction? Advice? Memoir? Fortunately, once this critic got into “A Marriage of Any Length Is Many Marriages,” the voice, the stories, the narrative, the scope, snagged her. The work ends up being a kind of slice of 20th-century class and culture. In it, author Ed Bassford chronicles the life of Matt Leary, born circa 1925, an Irish-Catholic, laborer-turned traveling salesman whom we first meet in a New Jersey bar as a broken bottle is being thrust into his cheek. That’s not the book’s last bar fight. But Matt Leary is a complicated character: Working full-time wrangling blocks of ice, he also attends a New York City drama academy. We follow him as he marries and repairs, to small-town Pennsylvania to raise a family. There, marital problems arise, Matt has anger issues, politics of the Vietnam Era exacerbate father-son tensions, and aging threatens his salesman’s marketability. It’s most of a life story. What’s notable about Bassford’s book is that it is detailed and dramatized. It’s knitted together with scores — if not hundreds — of characters and incidents from Matt’s childhood and extended working-class family, his immediate family; and successes, failures, conflicts, competitors, and incidents in his sales career. He relates them with some edge, but an experienced story-teller’s irony and wit. It’s hard to make this stuff up, so it feels like memoir to me … regardless of the central character’s name, and the book’s unexpected ending.

Helene Woodhams retired from the Pima County Public Library, where she was literary arts librarian and coordinator of Southwest Books of the Year, the library’s annual literature review.

Christine Wald-Hopkins is a former educator and occasional essayist. Wald-Hopkins has long been a book critic for national, regional and local newspapers.

If you are a Southern Arizona author and would like your book to be considered for this column, send a copy to: Sara Brown, 4850 S. Park Ave., Tucson, AZ 85714. Give the price and a contact name. Books must have been published within a year.

Marilyn Heins: Trying to follow the rules in a coronavirus world

Despite the challenges of isolation as the coronavirus continues on, positive change may be on the horizon.

Stream kids videos, TV and films with your library card

A Pima County Library card will get you access to a streaming site packed with movies, TV shows and video stories for kids.

Rosie on the House: The do’s and don’ts of power washing outdoor surfaces

Cleaning up outside surfaces is a great way to freshen up your home, but using a power washer incorrectly could cause a lot of damage.

Looking for educational tools, resources for small business owners or do you just need help with that genealogy research? The Pima County Library has answers.

Use your Pima County Library card to unlock genealogy tools

From historic publications to national archives, these genealogy tools are among many of the library's online resources. 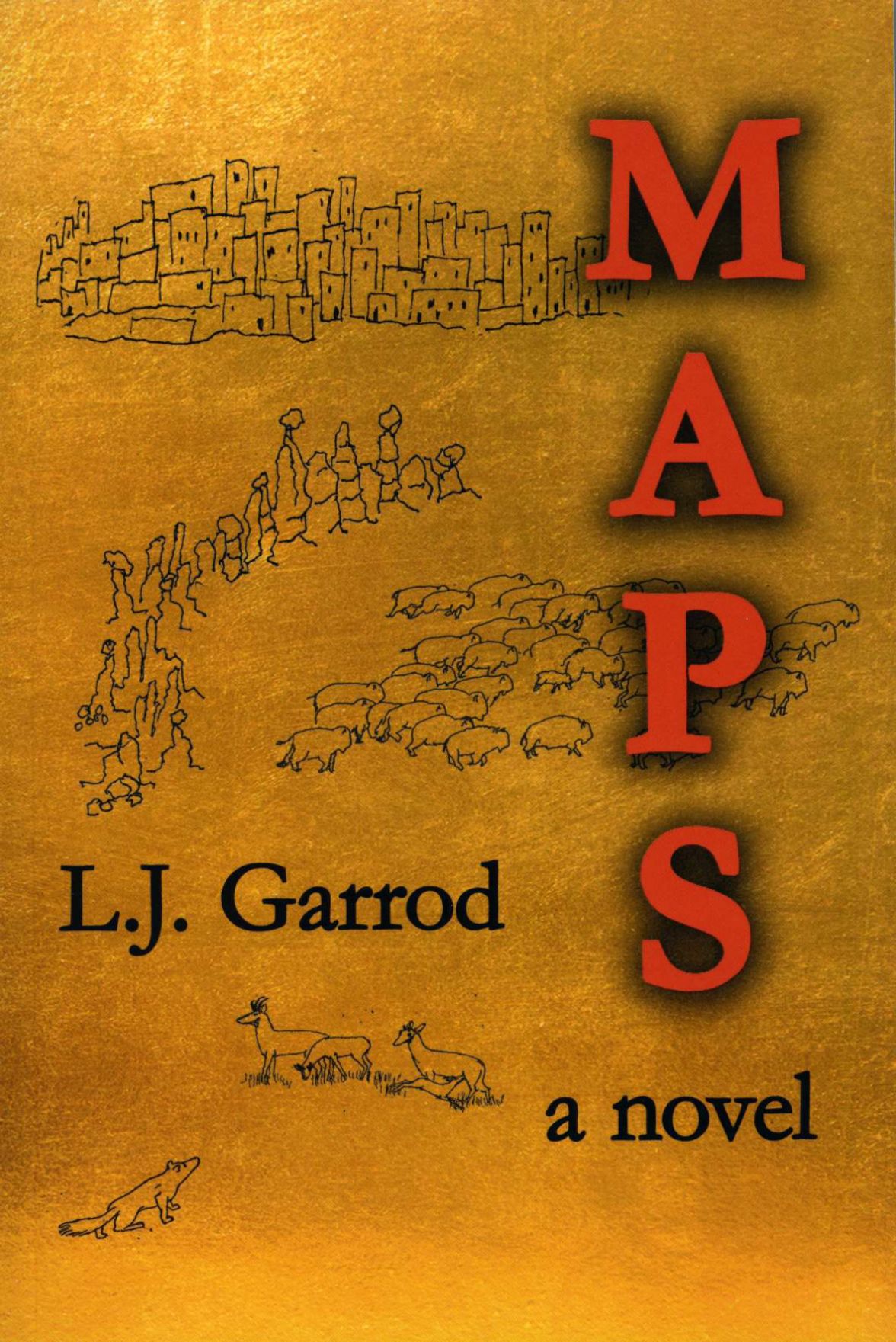 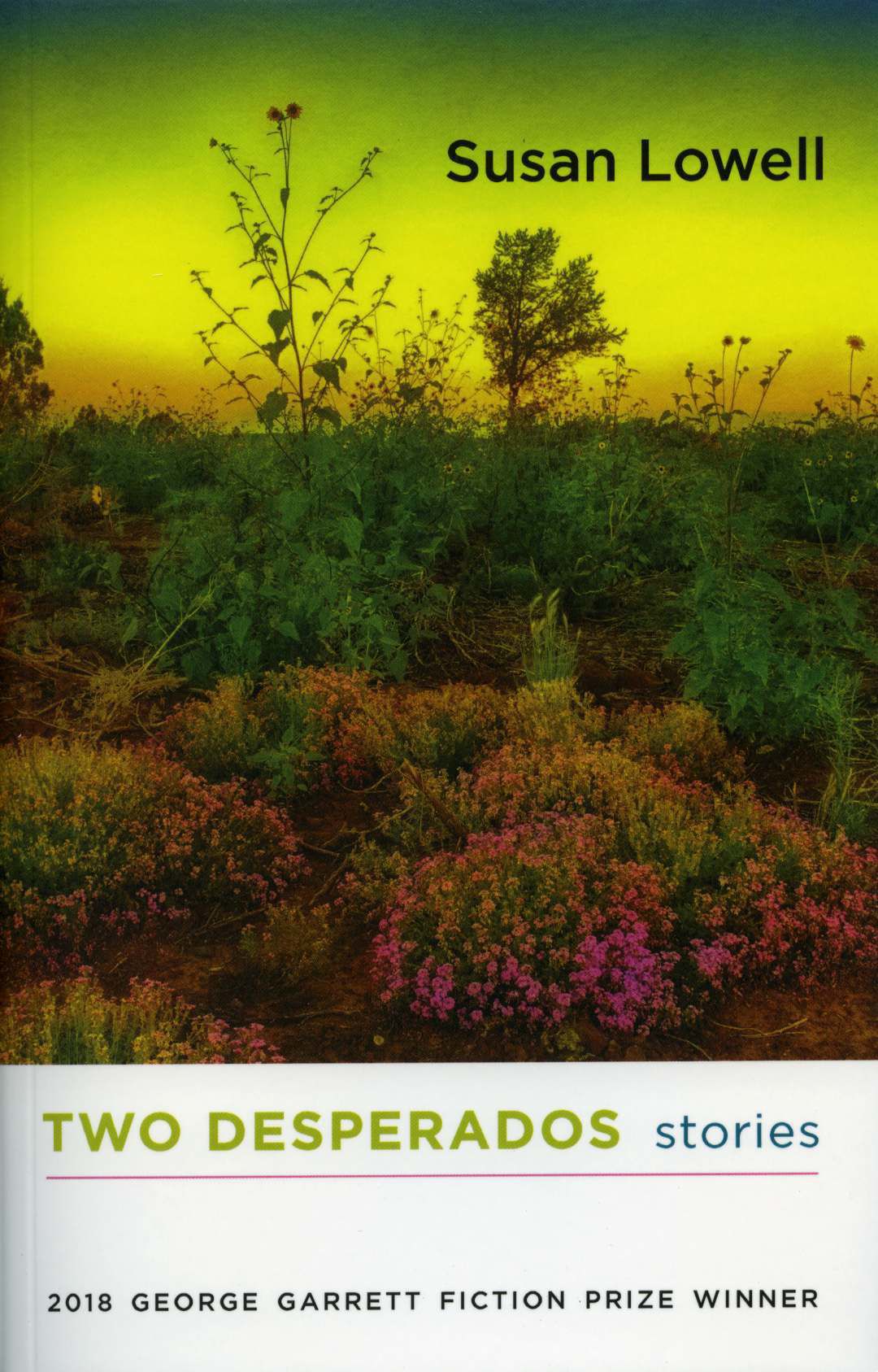 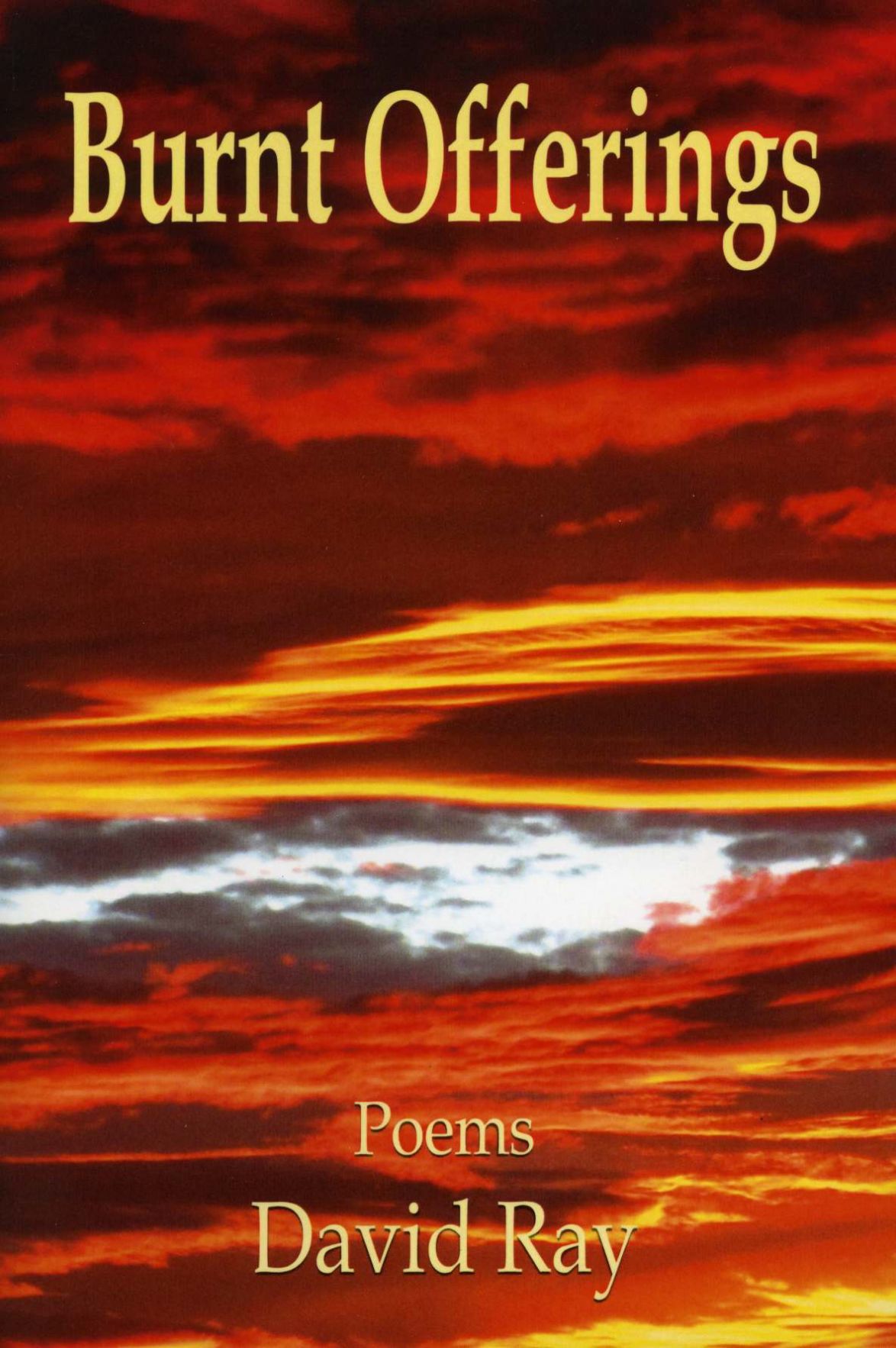 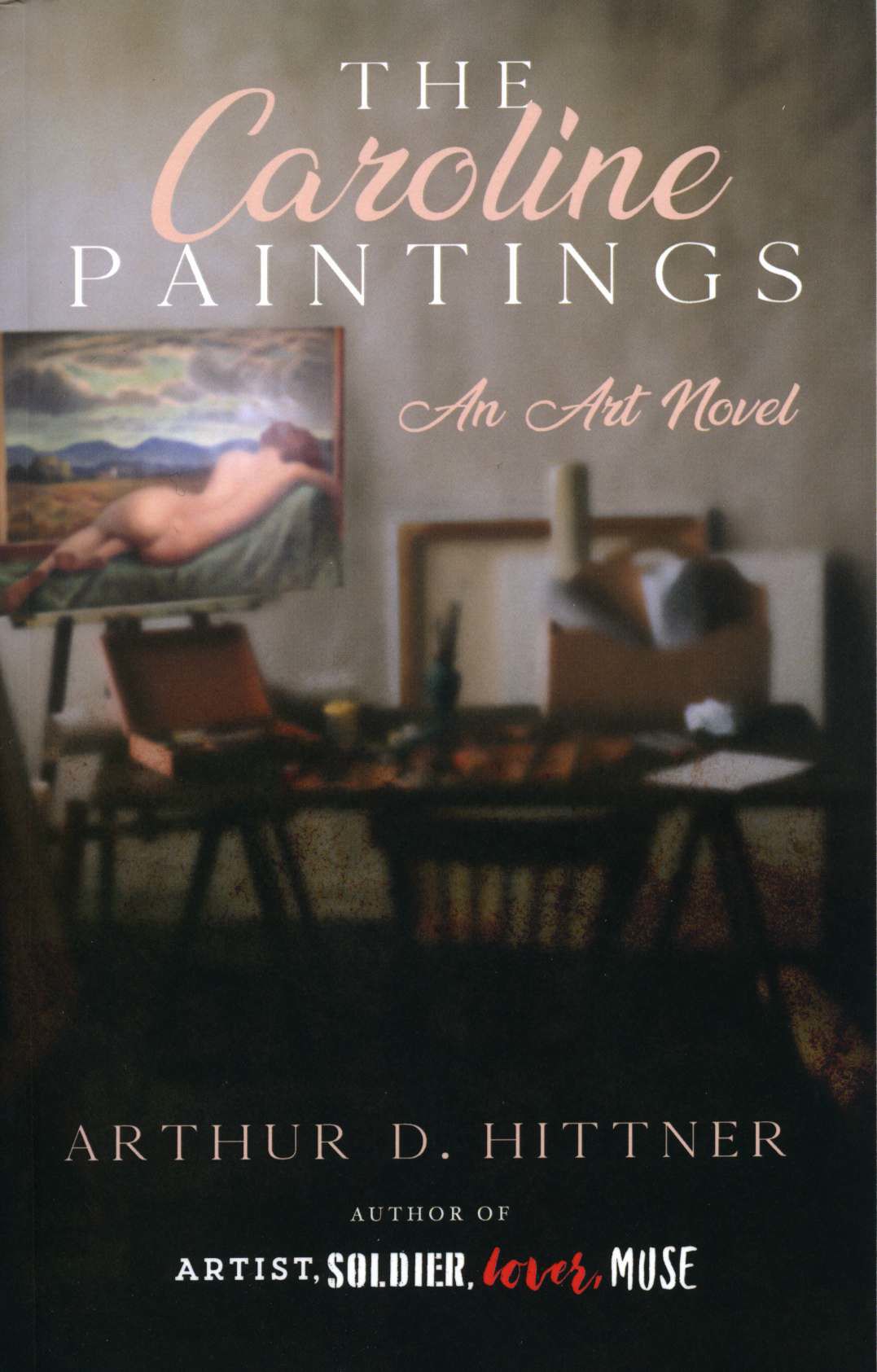 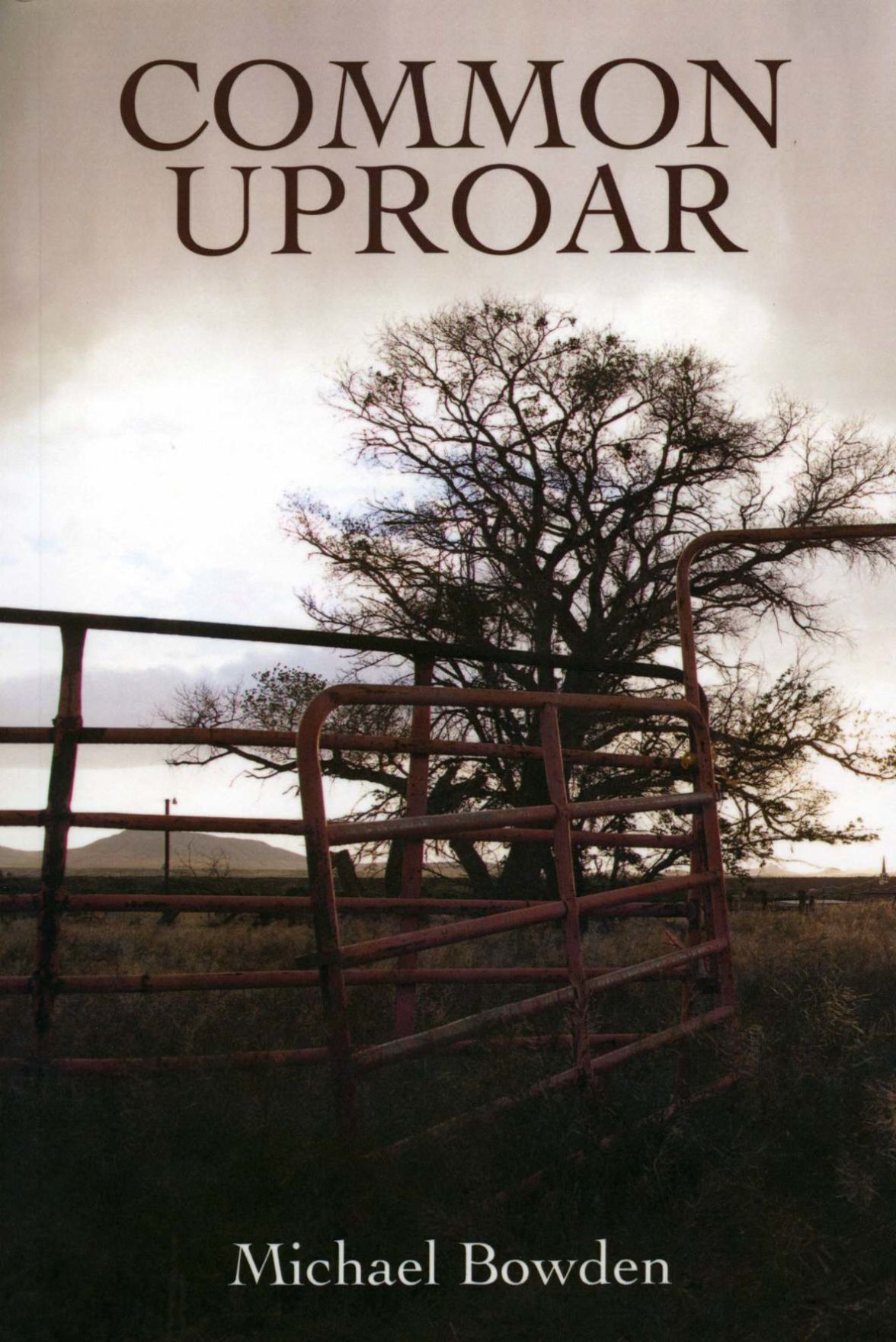 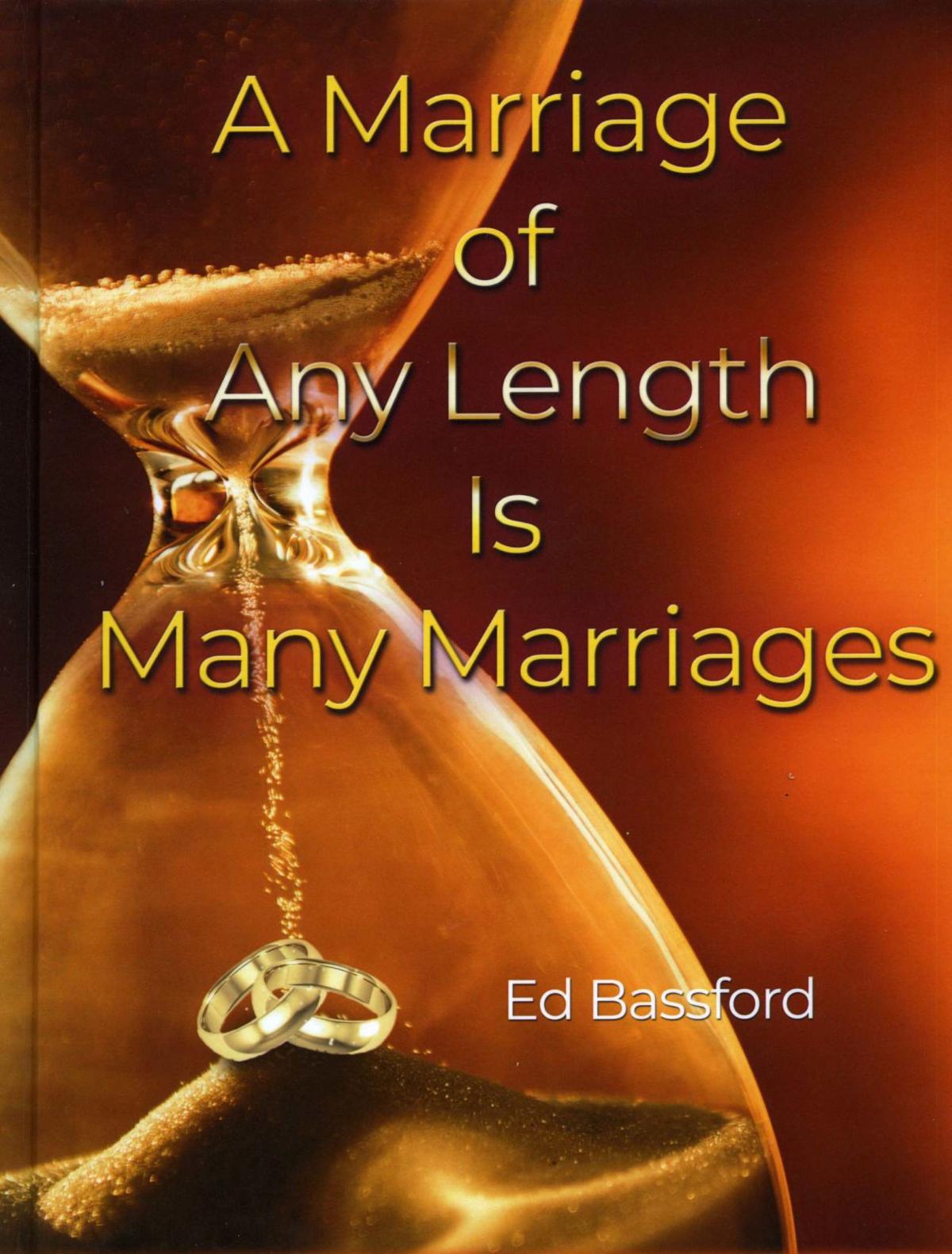 “A Marriage of Any Length is Many Marriages” by Ed Bassford