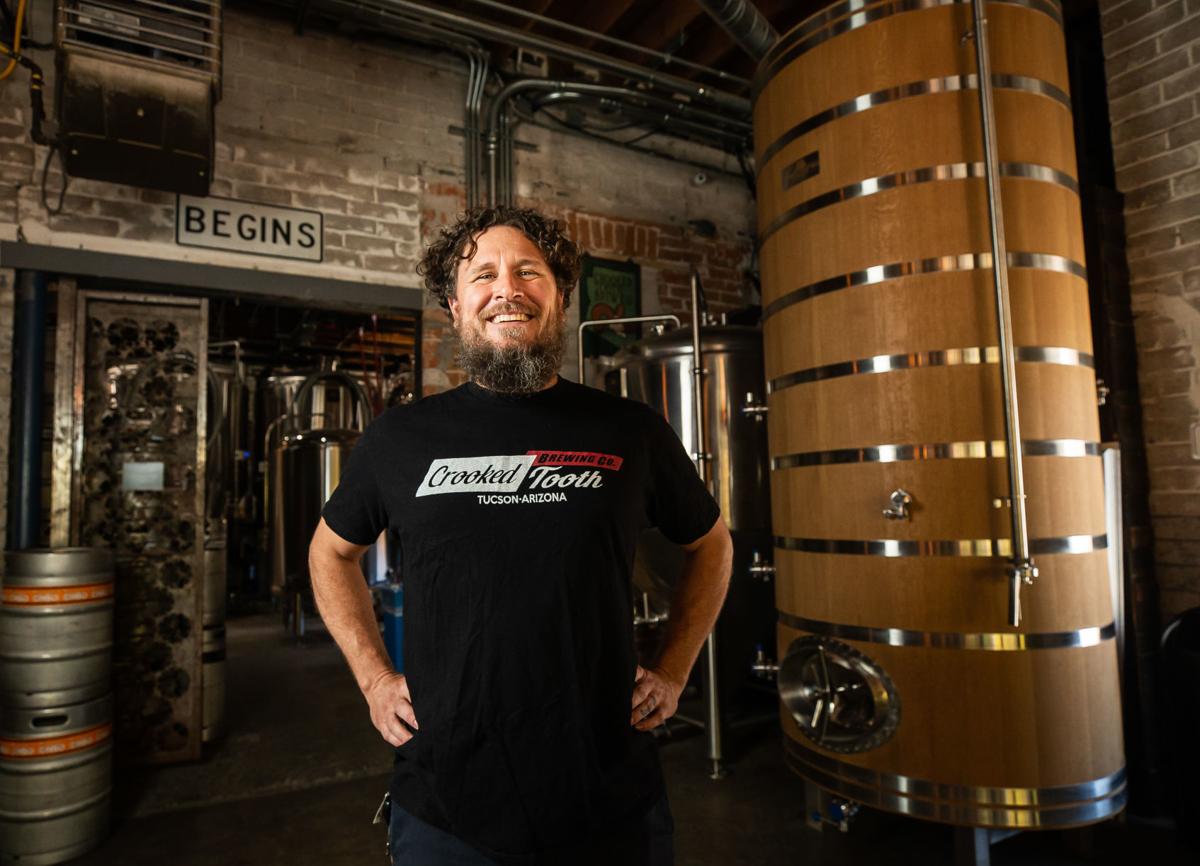 Ben Vernon, co-owner of Crooked Tooth Brewing Co., is eager to see what the brewery can do with its new foeder. 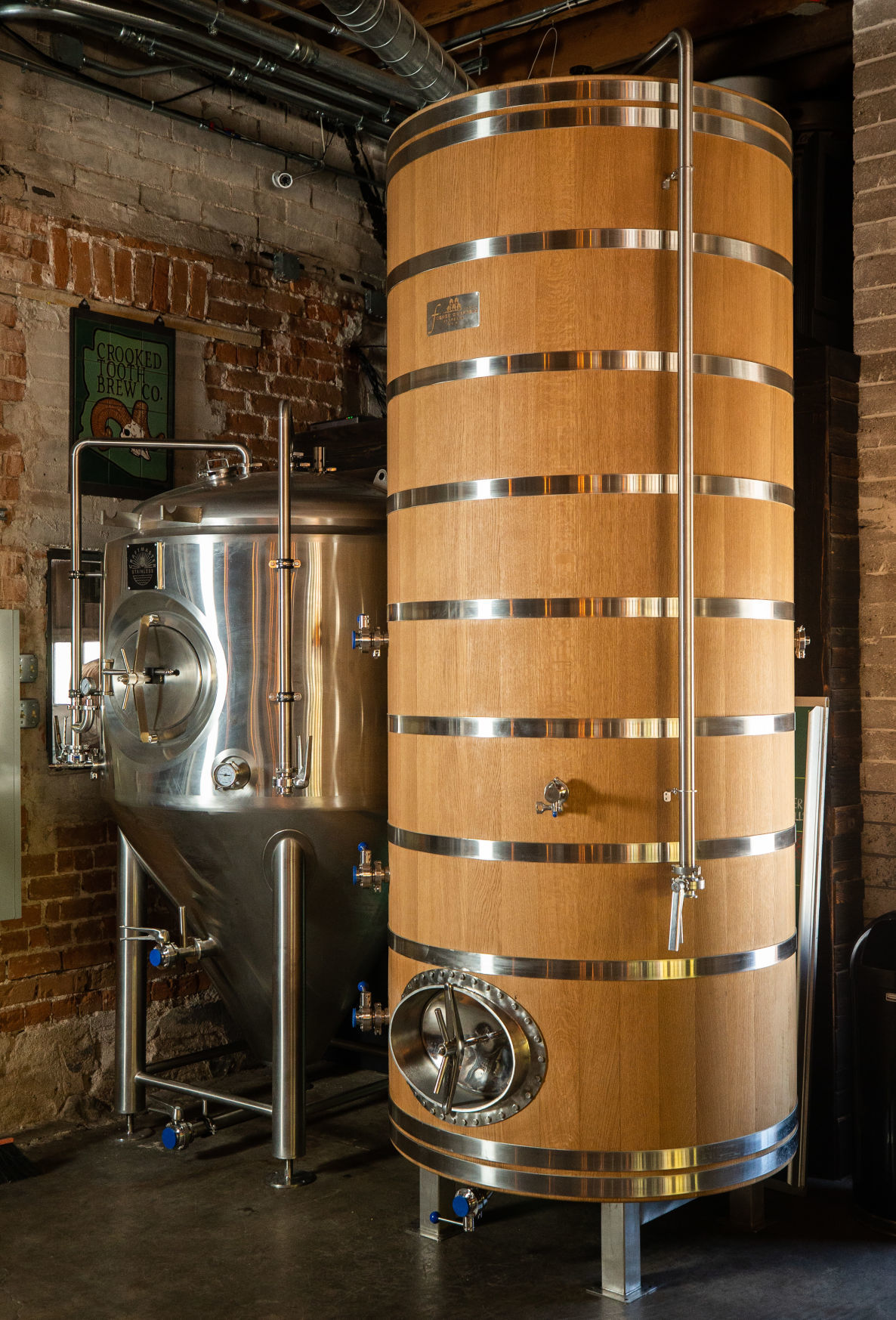 Crooked Tooth Brewing Company’s new foeder stands tall in the taproom, on May 22, 2020. The 11-foot tall wooden fermenter will first be used to make lagers and stouts to showcase the initial oak flavor of the barrel before fermenting sours.

It will be hard to miss the new addition to Crooked Tooth Brewing’s production line when it lets people drink inside again.

The popular brewery, located in a former mechanic’s shop at 228 E. East Sixth St., recently installed an 11-foot-tall, 1,200-pound wooden vessel known as a foeder (pronounced food-er) in its taproom, right next to the front door.

A foeder is essentially a giant wooden barrel that’s used for fermenting, says Crooked Tooth co-owner Ben Vernon. They are used a lot in wineries and in Europe and only a handful can be found in Arizona breweries.

Crooked Tooth will start by brewing stouts and lagers with the foeder, but will eventually use it to perfect its sour beer program, which is how other breweries, such as Colorado’s New Belgium Brewing and Crooked Stave Artisan Beer Project, use it.

“It will be exciting to watch people walk through the door and see it for the first time,” Vernon said.

Crooked Tooth will use a method known as solera brewing, to create their sours.

Solera brewing calls for only half a batch of fermenting beer to be removed from the foeder, while the other half remains.

The remaining half blends with any new beer batches added to the foeder, speeding up the aging process.

“What would take us a year to do in a standard barrel will now only take 30-45 days in the foeder because of the amount of bacteria that is active in there,” Vernon said.

Vernon said the team is eager to see what kind of sours they can create using their new addition.

“We are already really heavy on the creative side,” he said. “We try to have fun with a lot of the stuff we are doing.”

While other businesses have opted to reopen following the lifting of Arizona’s pandemic restrictions, Crooked Tooth is sticking to only take-out and delivery for the time being.

Vernon said they will reassess the situation at the end of the month.

In the meantime, in addition to the foeder, the Crooked Tooth crew is working on a new seating layout to encourage social distancing and plans are in the works for the brewery to set up its own canning line by mid-summer.

Crooked Tooth Brewing is currently only open for take-out and delivery. Follow the brewery at facebook.com/crookedtoothbrewing/

Lemon-almond pound cake comes with servings for all

Satisfy your sweet tooth with this sugary delight.

Ben Vernon, co-owner of Crooked Tooth Brewing Co., is eager to see what the brewery can do with its new foeder. 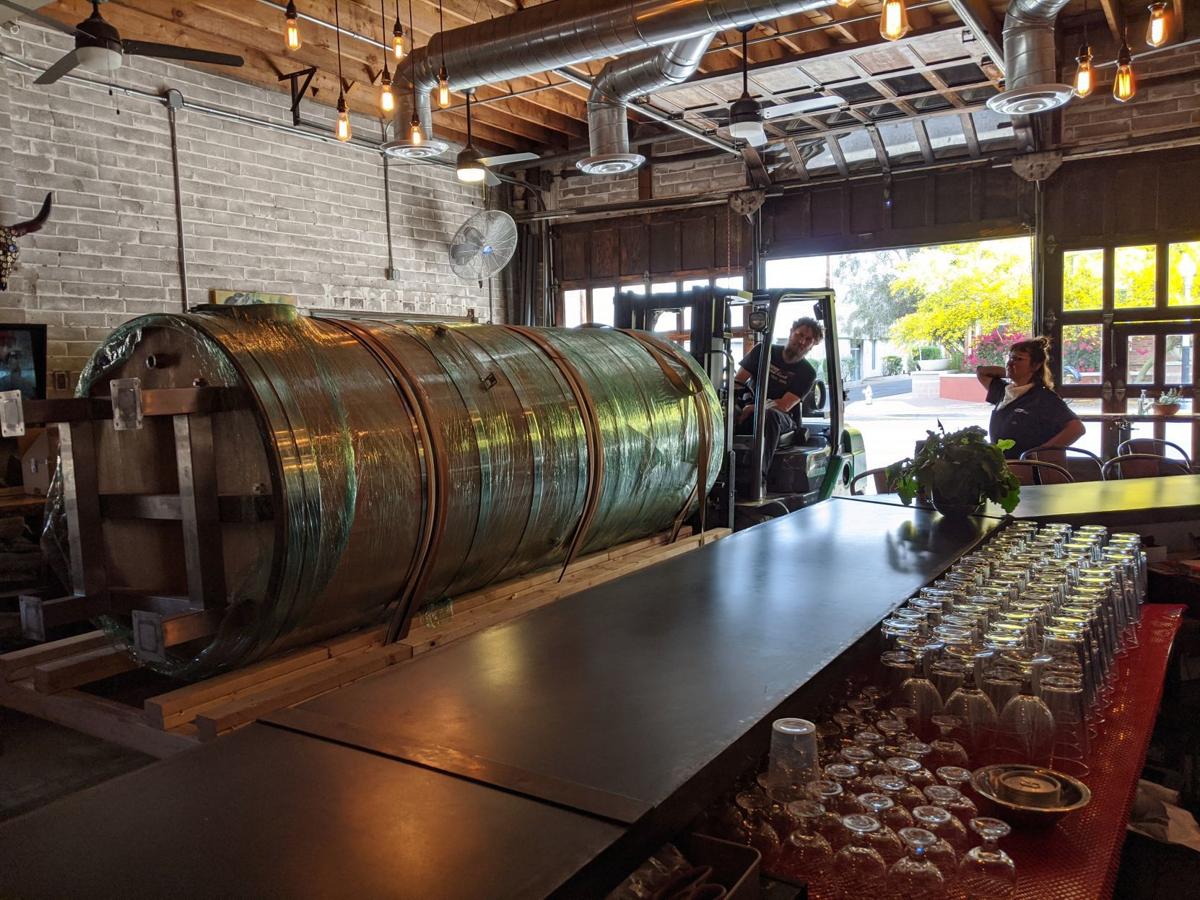 Ben Vernon, owner of Crooked Tooth Brewing Co., moves a new foeder into the taproom on May 14, 2020. The 11-foot tall wooden fermenter will first be used to make lagers and stouts to showcase the initial oak flavor of the barrel before fermenting sours.

Crooked Tooth Brewing Company’s new foeder stands tall in the taproom, on May 22, 2020. The 11-foot tall wooden fermenter will first be used to make lagers and stouts to showcase the initial oak flavor of the barrel before fermenting sours.