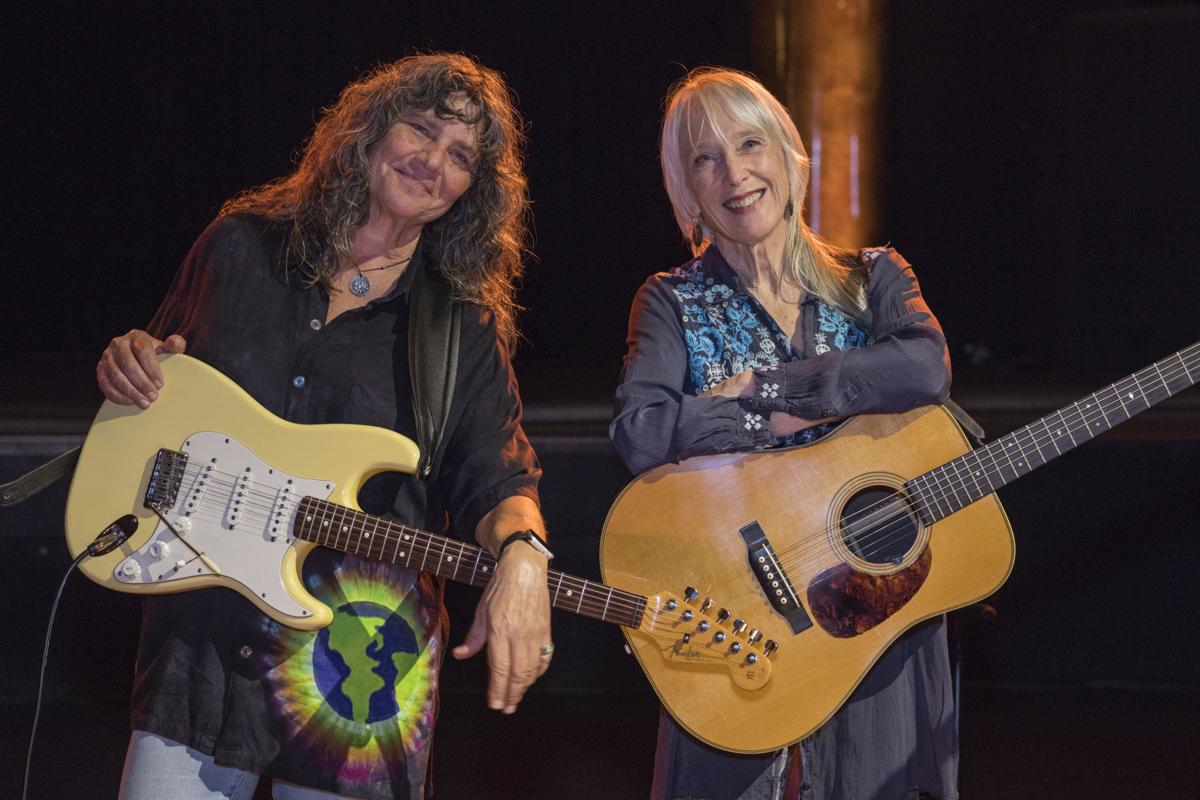 Laurie Lewis, right, and Nina Gerber are teaming up for a duet performance with the Tucson Folk Festival this weekend. 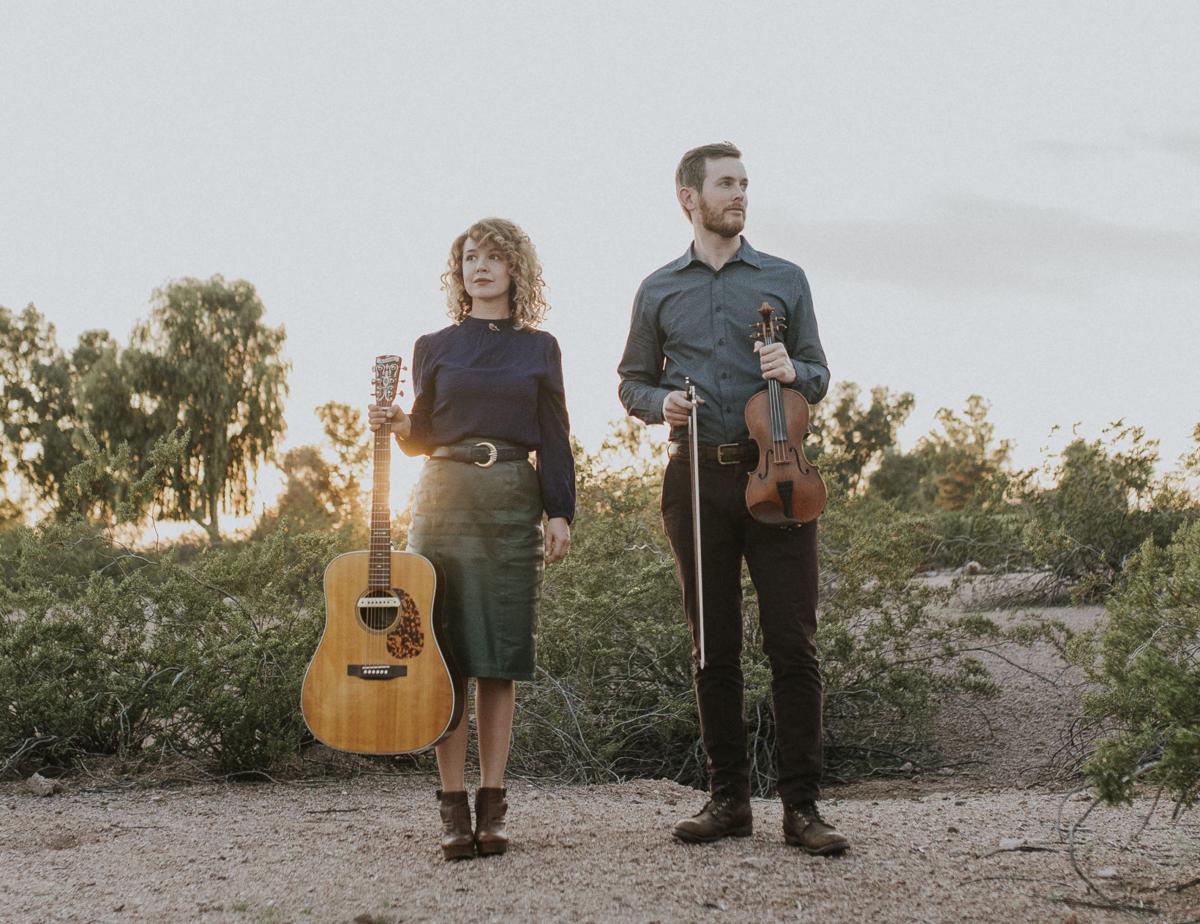 Rebekah and Matt Rolland will debut their new duo Riso. The pair are members of the popular bluegrass band Run Boy Run. 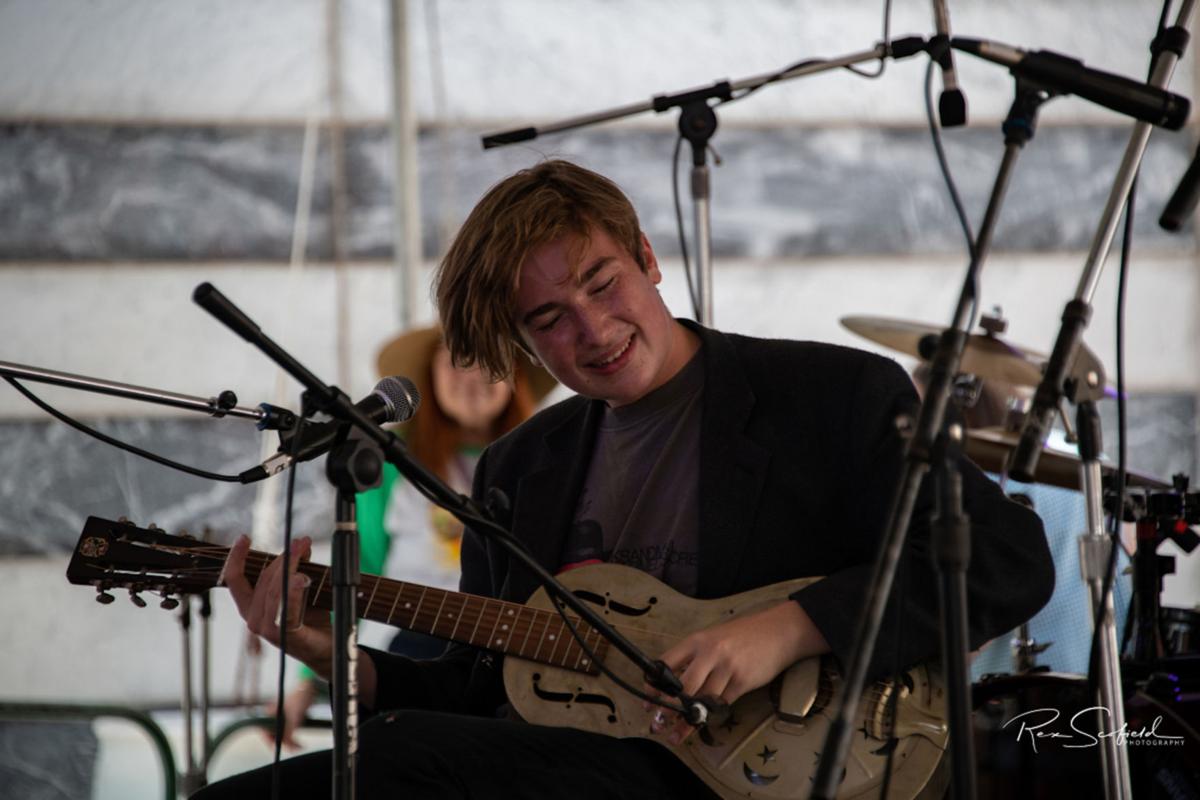 Tucson blues guitarist and vocalist Roman Barton-Sherman is on the lineup for the 2021 Tucson Folk Festival this weekend. 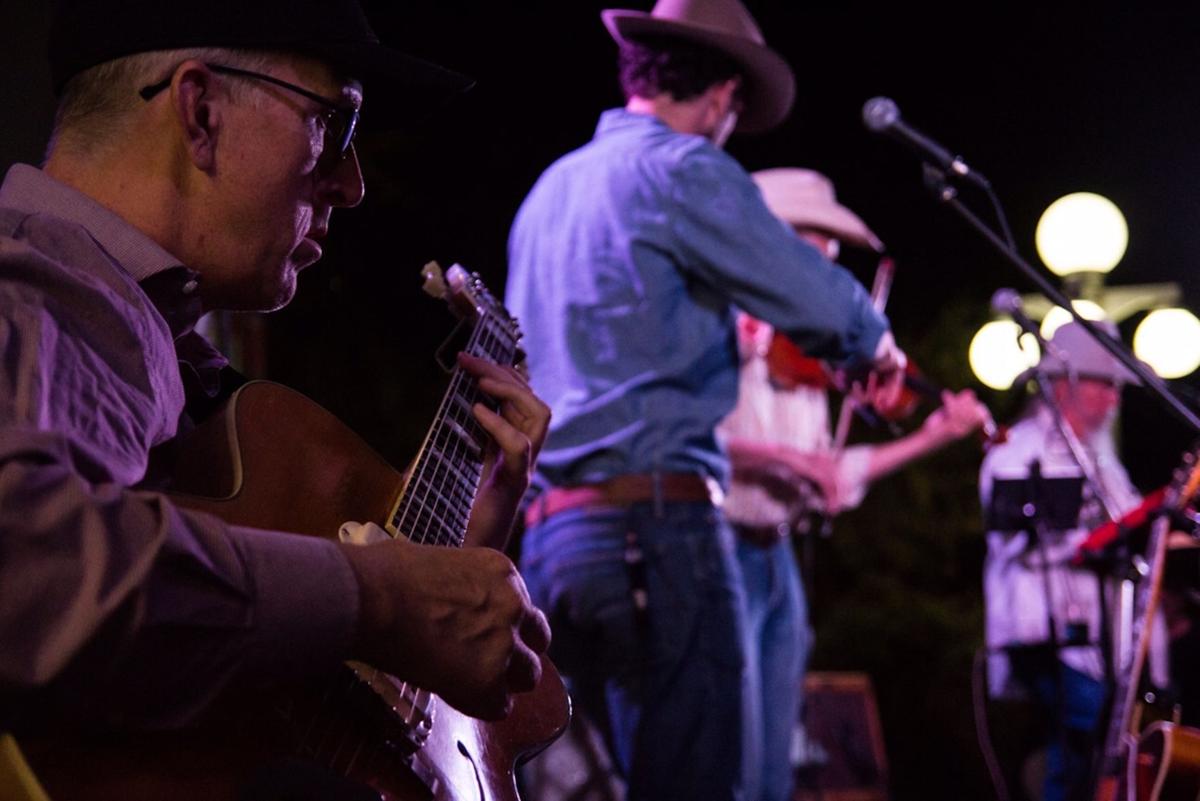 The Tucsonics — comprised of several of Tucson's leading session players — is one of the headliners of the 2021 Tucson Folk Festival. 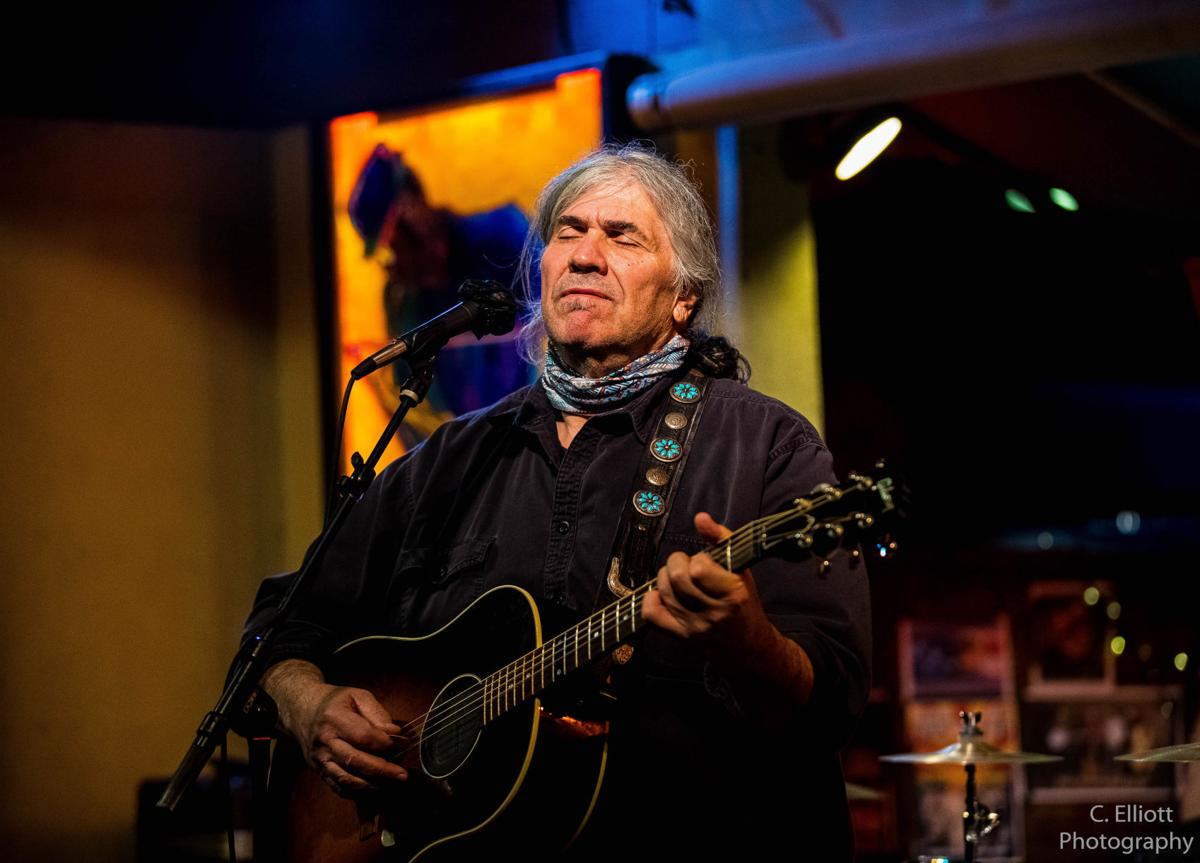 Eric Schaeffer is on the lineup for the 2021 Tucson Folk Festival. 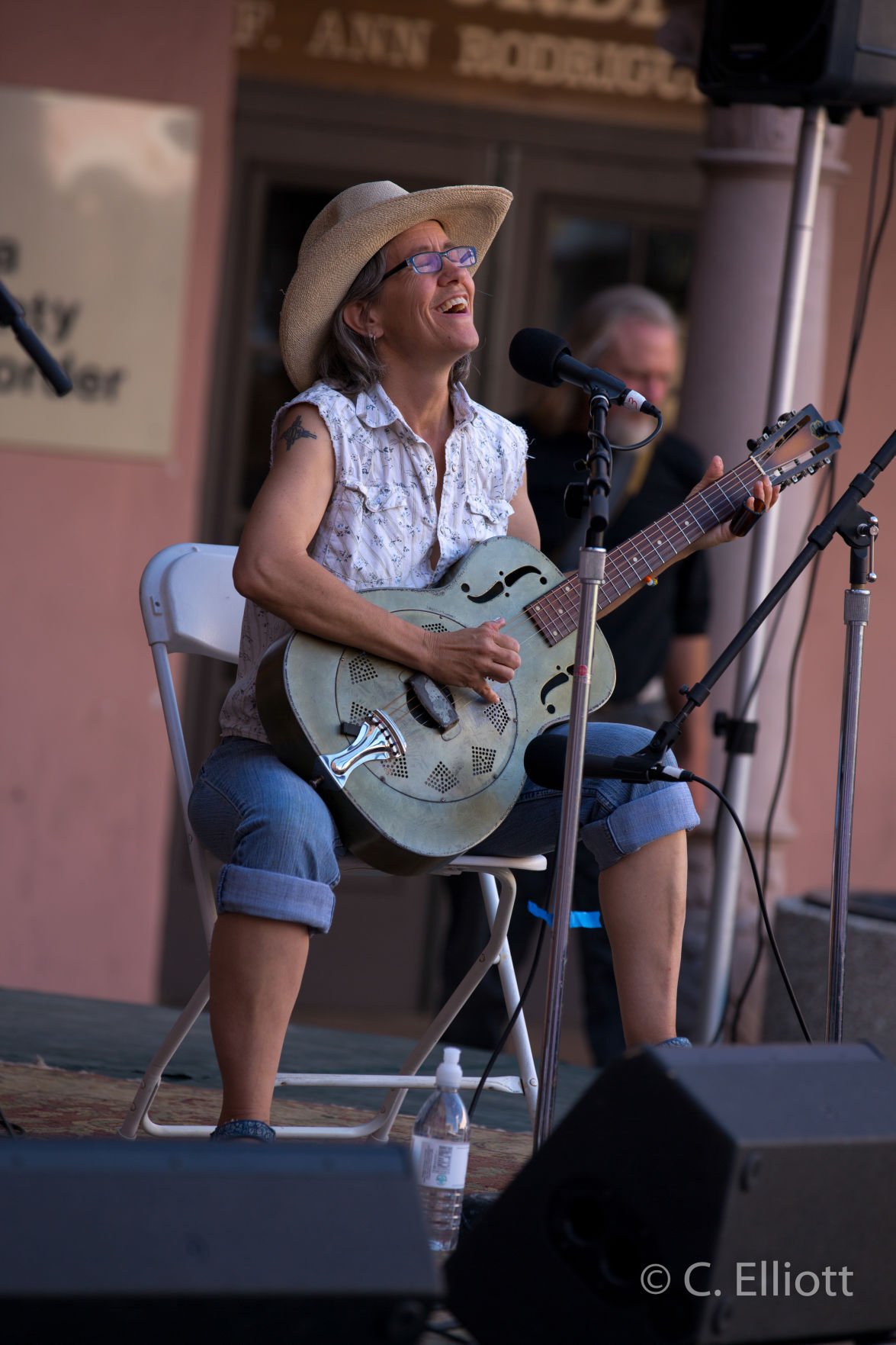 Singer-songwriter Mitzi Cowell is on the lineup for the 2021 Tucson Folk Festival. 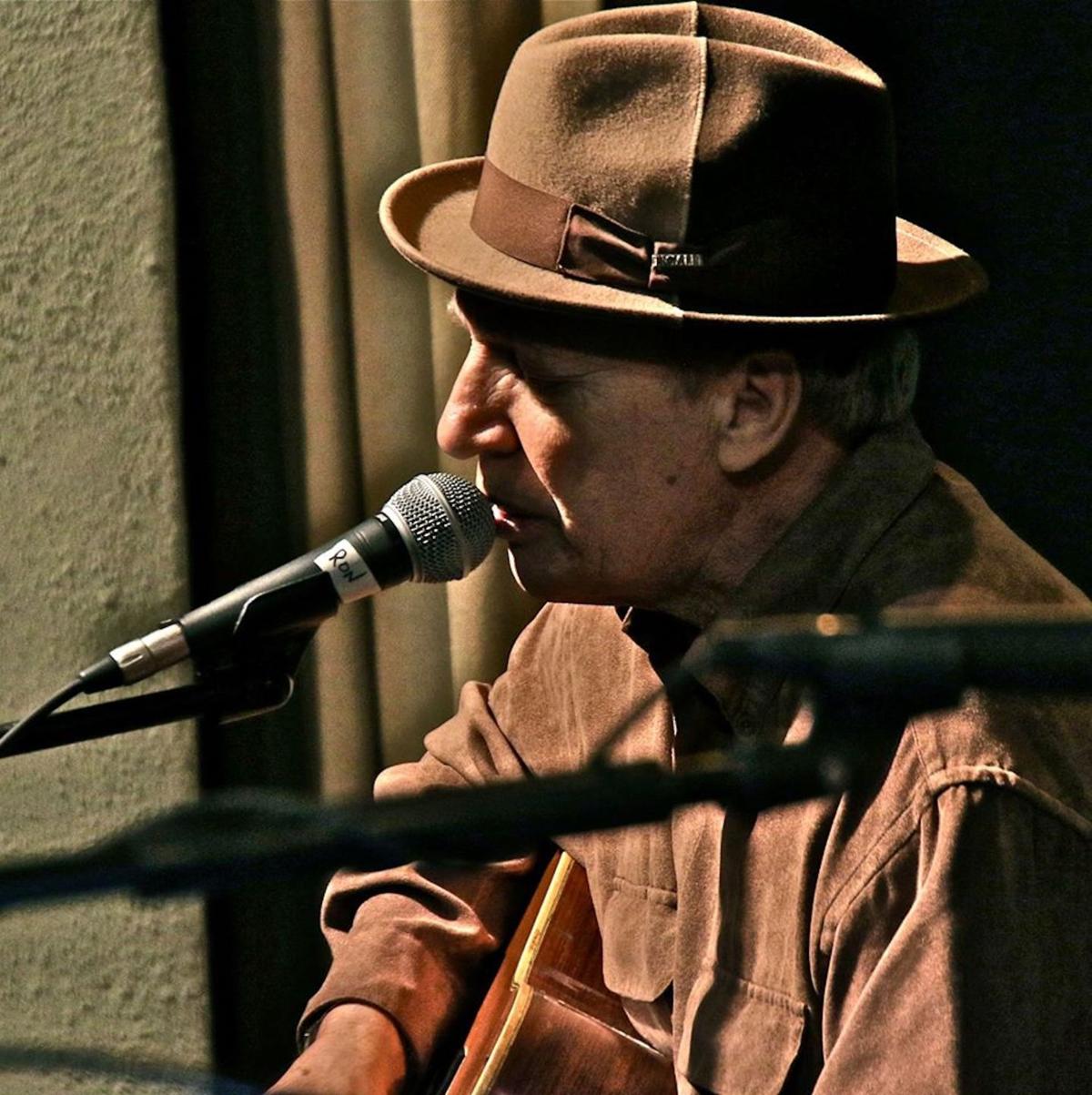 Ron Pandy will headline the family show at noon Sunday, April 11, from the Centennial Hall stage.

After a year of mapping out all the what ifs and then whats, organizers for this weekend’s 36th annual Tucson Folk Festival took a step back in time.

The festival on Saturday, April 10, and Sunday, April 11, will feature nearly half of the artists who were supposed to perform at the 35th annual event last April. That festival with a pared down lineup was moved to the virtual stage in response to the COVID-19 pandemic, which at the time was in its infancy.

Festival President Matt Rolland, of the popular Tucson bluegrass band Run Boy Run and the new duo Riso with his wife and bandmate Rebekah Rolland, said the festival reached out to all 130 artists on the 2020 lineup and around 75 of them agreed to do this year’s event.

“They are coming from all over. We actually did have some performers who wanted to come in from out of state,” said Rolland, adding that artists are coming from the Phoenix area, New Mexico, Washington State, California and several other states to participate on three festival stages.

“I love an opportunity to perform and they have been few and far between for the last year,” said headliner Laurie Lewis, who will perform with Nina Gerber on Saturday, April 10. “I was totally on board and Nina was, too.”

This year’s event will include live in-person performances at the MSA Annex at the Mercado San Agustin and a drive-in stage at Park Place mall. Reservations are required for the MSA shows, which will have limited reserved seats, but all are welcome to the drive-in shows. Admission is free.

“People can drive in and set up lawn chairs and bring food,” Rolland said.

The festival will live-stream concerts on a third stage at Centennial Hall, which will not have an in-person audience.

The University of Arizona’s Arizona Arts and Arizona Arts Live are cosponsoring the festival that in addition to Lewis and Gerber features national headliners Ron Pandy and the Tucson Western swing band The Tucsonics. Lewis said she and Gerber, both regulars to Tucson stages for years, will live-stream their performance from Berkley, California.

“The fact so many have agreed shows how special the festival is and they don’t want to miss it,” said Rolland, who admitted that the fact this will be the first time for many to perform after a year of canceled concerts and stay-at-home orders is also likely a motivating factor.

“But also because of the history of the festival. It’s a very unique folk festival,” he said. “The Tucson audience is very welcoming and people love it.”

Last year’s festival featured dozens of concerts streamed from the festival’s Facebook page. This year, the festival, working with Arizona Arts Live, will record the Centennial Hall concerts and will stream the performances through Vimeo. Rolland said the move opens the festival up to audiences around the country.

“For people all around the country finally being able to see what we’re doing here in Tucson” is exciting, said Rolland.

This will be Lewis’s first big show in more than a year, although she has done a few backyard-style, socially distanced performances for audiences of 15 or less. The folk/bluegrass singer and fiddler also performed a bit during a recent 21-day river raft trip in the Grand Canyon.

She and Gerber, who play together as often as their schedules allow, will perform a concert of audience favorites curated from requests generated by the festival, she said.

“We just have things that are my favorites to play with Nina and Nina’s favorites to play. We will just weave a show out of all that,” said Lewis, who toured with Tucson musician Peter McLachlan for years and has been musical partners with vocalist Tom Rozum, a former Tucson resident, throughout much of her nearly 50-year career.

Rolland’s new project Riso, which he and his wife formed last year, will make its Tucson debut during the festival. Rolland said the music is in the same vein as Run Boy Run, but he and his wife, who is expecting the couple’s first child in late April, have added electric guitars to the mix. Run Boy Run is an acoustic act that has played around the country including a main stage appearance several years ago at the behemoth Country Thunder music festival in Florence.

Rolland took over the festival’s president role last year in part, he said, to repay the event for giving his band their big push to a national stage.

“The festival has given so much to me over the years and it was such a huge part of Run Boy Run’s growth and our ability to become a national band,” said Rolland, who prior to his new role had served on the festival board for four years.

Featuring: Headliners Laurie Lewis and Nina Gerber, The Tucsonics and Ron Pandy, and dozens of artists including Amber Norgaard, Arizona Balalaika Orchestra, BST, Celtic Minstrels, the Determined Luddites,  Leila Lopez, P.D. Ronstadt & The Co., Neil McCallion, Riso, Roman Barten-Sherman and dozens of artists from throughout the state and beyond.

Admission: Free and donations are accepted. Reservations required for the MSA Annex performances, which will be limited reserved seats.

Tucson Folk Fest kicks off this weekend with songwriting competition

The winner of the annual Stefan George Songwriting Competition gets to perform at the festival's opening night on April 10.

More than 70 dinosaurs will be on display at the Pima County Fairgrounds through April 18.

Roman Barten-Sherman is hosting a sendoff concert Saturday, Aug. 14, with some of his musical friends and mentors.

Laurie Lewis, right, and Nina Gerber are teaming up for a duet performance with the Tucson Folk Festival this weekend.

Rebekah and Matt Rolland will debut their new duo Riso. The pair are members of the popular bluegrass band Run Boy Run.

Tucson blues guitarist and vocalist Roman Barton-Sherman is on the lineup for the 2021 Tucson Folk Festival this weekend.

The Tucsonics — comprised of several of Tucson's leading session players — is one of the headliners of the 2021 Tucson Folk Festival.

Eric Schaeffer is on the lineup for the 2021 Tucson Folk Festival.

Singer-songwriter Mitzi Cowell is on the lineup for the 2021 Tucson Folk Festival.

Ron Pandy will headline the family show at noon Sunday, April 11, from the Centennial Hall stage.