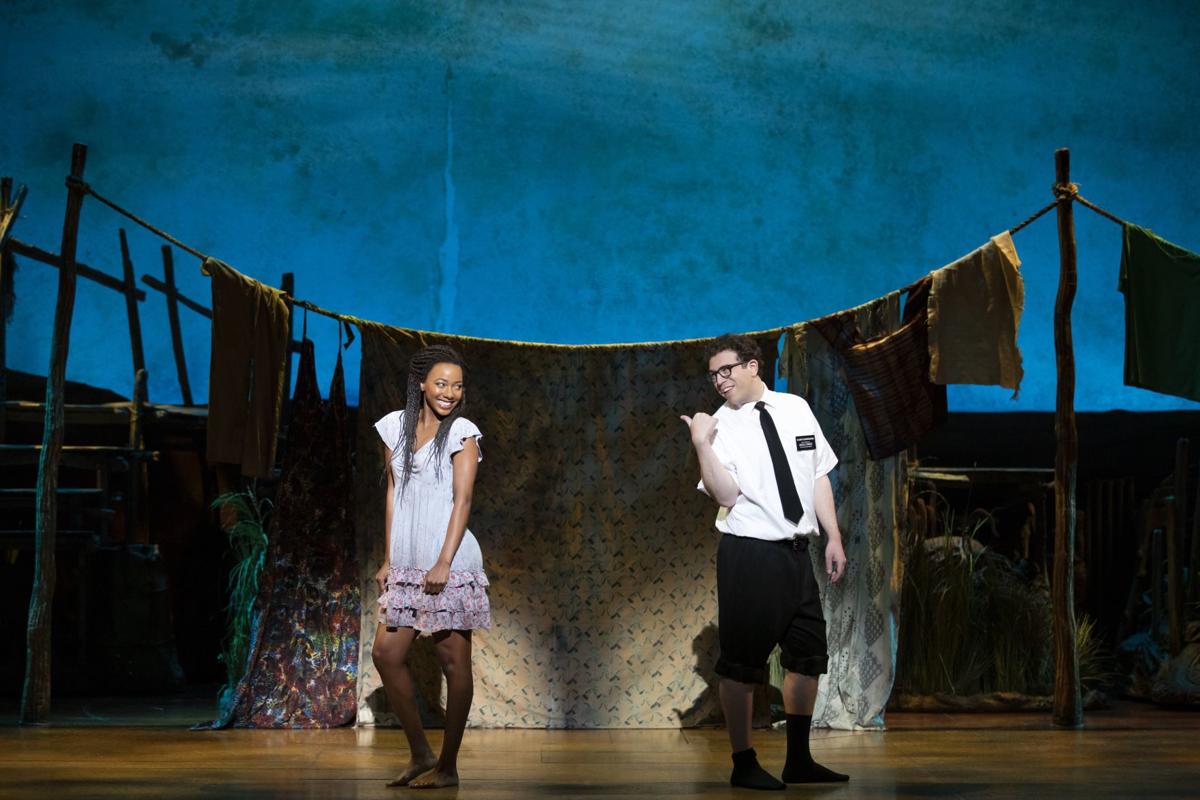 Alyah Chanelle Scott as Nabulungi and Jordan Matthew Brown as Elder Cunningham in “The Book of Mormon.” 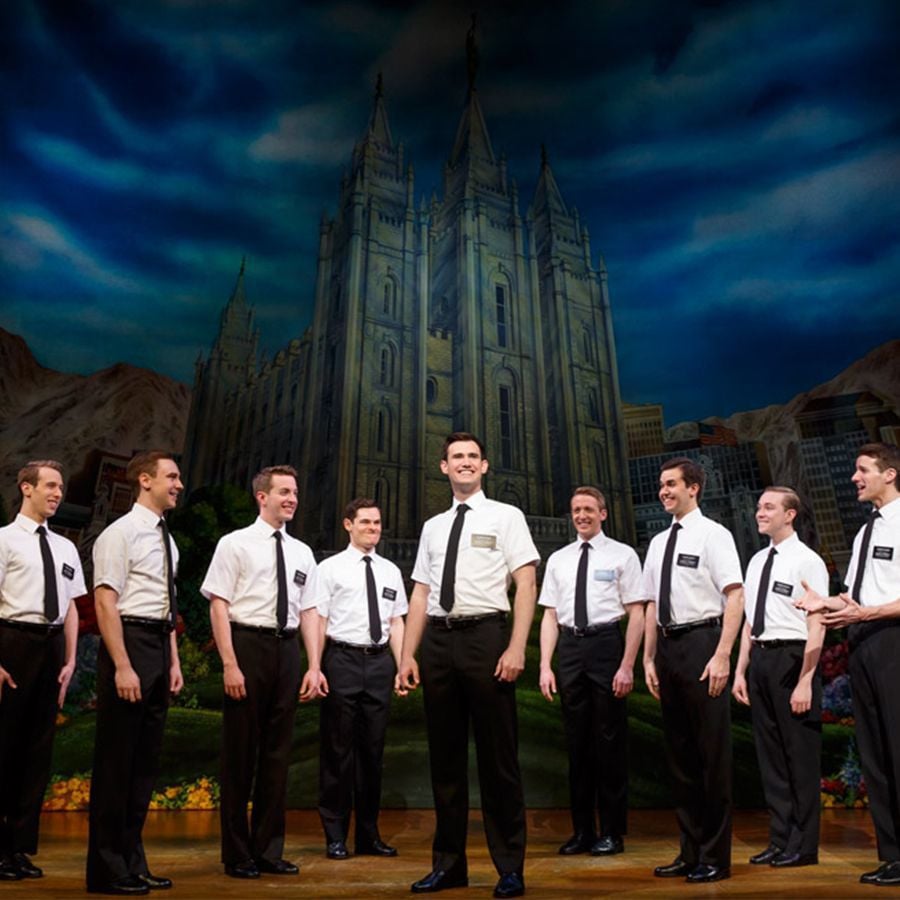 The Book of Mormon is showing at Centennial Hall, 1020 E. University Blvd. This outrageous musical comedy follows the misadventures of a mismatched pair of missionaries, sent halfway across the world to spread the Good Word.

Prepared to be offended. Very offended.

“The Book of Mormon,” making a return visit to Centennial Hall, is full of curses to higher powers, four letter words, irreverence for the Mormon religion (and by extension, all religions). The list goes on.

The packed Centennial Hall audience at the Wednesday, Feb. 12, performance didn’t have time to take offense — they were laughing too hard.

The musical, from the quirky minds of “South Park” creators Trey Parker and Matt Stone, along with Robert Lopez, follows a couple of young Mormon missionaries in their quest to convert the citizens of Uganda.

Elder Price is the fair-haired kid who is convinced he can save mankind with his conversions, though he’d rather do it in Orlando. Elder Cunningham is his doofus partner-in-conversion. He has an imagination issue — he lets it take over as he interprets the Mormon story in an effort to bring Ugandans to the church.

Yeah, yeah, we know. It doesn’t sound funny. But believe this: It is.

Liam Tobin’s Elder Price is cocky and confused and even more cocky. He shines when he sings “You and Me (But Mostly Me)” to his new partner, Elder Cunningham: “Now it’s our time to go out... / And set the world’s people free / And we can do it together, you and me /But mostly me.” It’s one of the least outrageous songs in the play.

Jordan Matthew Brown completely owns Elder Cunningham’s insecure geekiness and infused much of the humor in the play.

Voices were strong, but none so much as Alyah Chanelle Scott in the role of Nabulungi, a young woman in the village who is desperate to believe that Mormonism is a path to happiness. She had the audience in her hands when she sang “Sal Tlay Ka Siti” — the character’s translation of Salt Lake City.

“Book of Mormon” has been to Centennial Hall several times and while the laughs are still plentiful, they seem to become less and less with each viewing.

The offense, however, is fresh every time. And so is this: Just as Parker and Stone do with “South Park,” they end on a hopeful note that contains a lesson without ever being didactic.

Alyah Chanelle Scott as Nabulungi and Jordan Matthew Brown as Elder Cunningham in “The Book of Mormon.”

The Book of Mormon is showing at Centennial Hall, 1020 E. University Blvd. This outrageous musical comedy follows the misadventures of a mismatched pair of missionaries, sent halfway across the world to spread the Good Word.