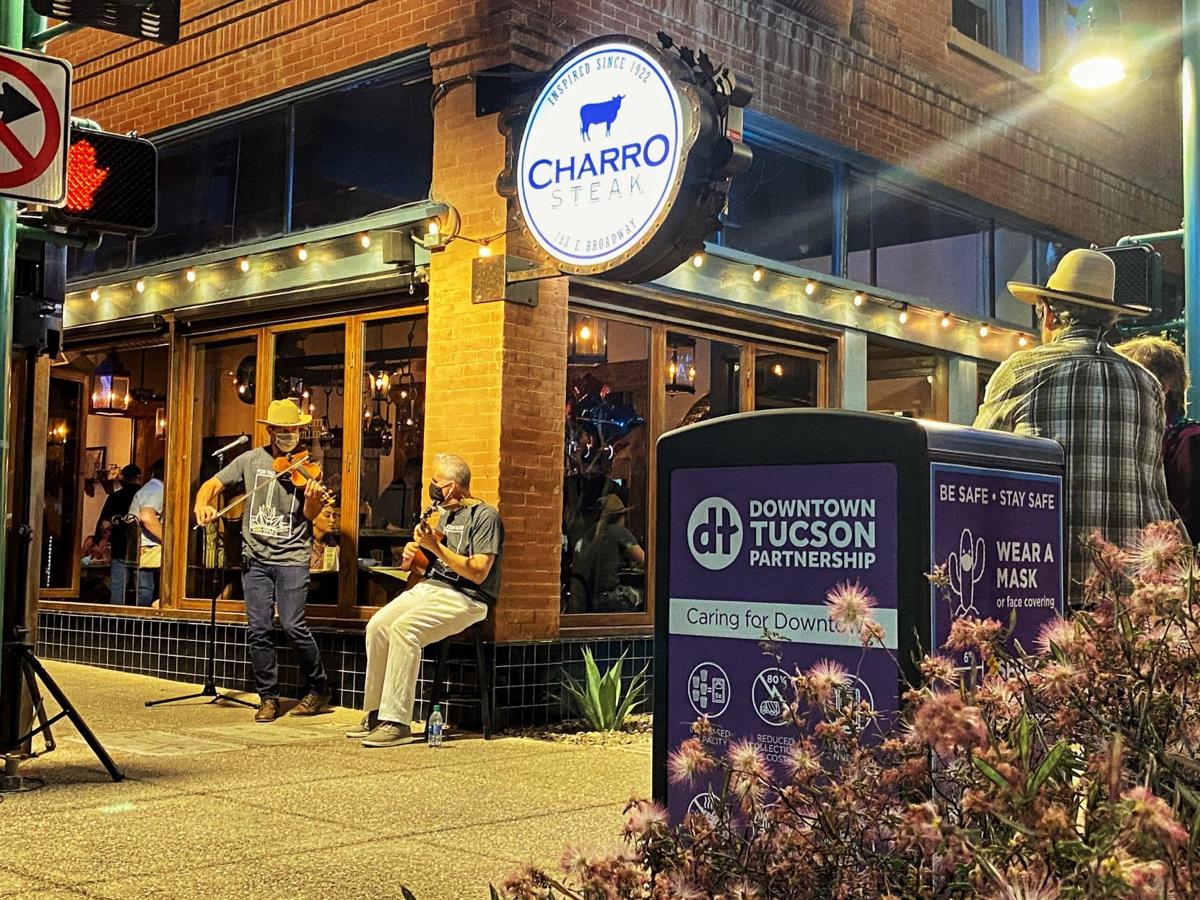 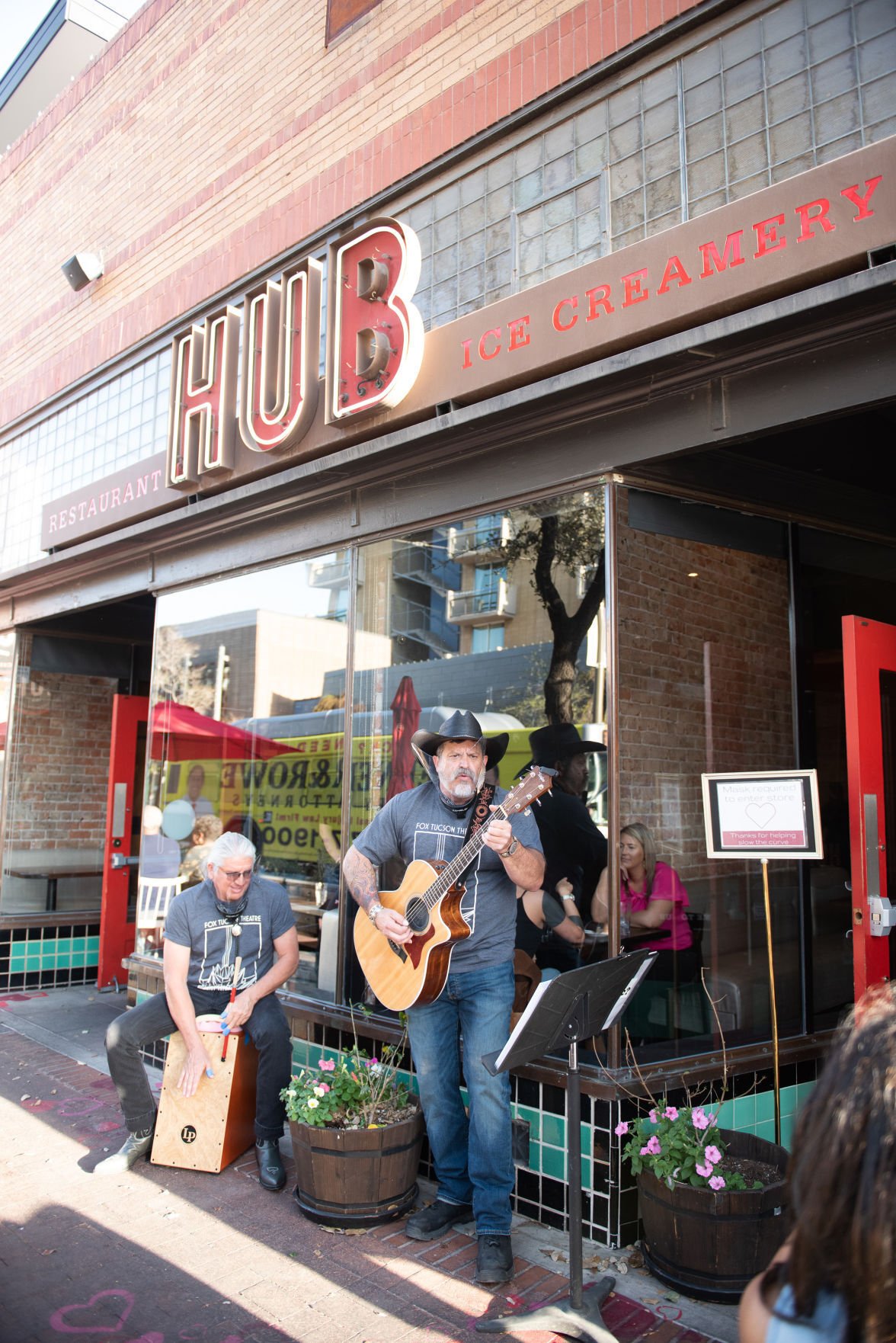 Downtown Tucson just hasn’t been itself since the COVID-19 pandemic shuttered venues and limited capacity at restaurants and bars.

But some of that once bustling hustle is inching back, courtesy of an intriguing partnership between Fox Tucson Theatre and Downtown Tucson Partnership.

Every Thursday through the month of April, the two groups are hosting “Troubadour Thursdays,” featuring Tucson musicians strolling downtown and playing bite-sized concerts at the patios of several restaurants.

“We are all missing live, in-the-moment contact with music and artists,” Fox Executive Director Bonnie Schock said. “We’re still waiting to be able to gather again at the Fox, but we just couldn’t wait any longer to share music in the vibrant landscape of our downtown neighborhood.”

The series kicked off April 1 with the desert rocking Kiko Jacome Duo, followed April 8 by the jazz ensemble Hot Club of Tucson.

The artists will perform 15 to 20 minutes at each stop. There is no admission, although the hope is that people will eat out at the participating restaurants as a way of reinvigorating downtown.

“The restaurants really rely on the Fox and other entertainment venues to drive traffic into their businesses,” said Kathleen Eriksen, Downtown Tucson Partnership’s CEO. “This event helps to bring that support back as businesses continue to reopen safely. The traveling duos will enliven the streets and cafes with energy and music.”

The tour of the downtown patios runs until 8:30 p.m. For those who can’t make it but want to support the project, visit MusicReturns.GiveSmart.com to donate.

Schock has said she hopes to reopen Fox Tucson Theatre in late summer or early fall.

Hotel Congress hopes to add a permanent stage on the patio as well as a lounge for mescal and wine tasting and jazz music.

Buy your childhood back at this Tucson toy show this weekend

The show will feature both modern and classic action figures and comic books.

Eat, drink and enjoy some kicking music along Arizona Highway 82 this weekend.

Tucson Ryanhood duo releasing 'Under the Leaves' with sold-out concerts

Ryan Green and Cameron Hood will do three small shows at MSA Annex this weekend and hope to tour more widely as the pandemic situation eases.

Proceeds from the socially-distanced event will benefit the Southern Arizona Arts & Cultural Alliance.

The House of Hatters' "Tucson Collection" is an ode to its dwellers, offering them the chance to wear "desert magic" on their heads.

After years of going solo, the award-winning alternative folk singer-songwriter has finally found her band. Introducing, Sophia Rankin & The Sound.