True Concord Voices & Orchestra‘s “bubble” season gets underway this weekend with five performances of Brahms Requiem, a work that music director Eric Holtan says offers a message of comfort that is desperately needed as Arizona and the country continue to battle COVID-19.

“We felt it was an appropriate way to start this very unusual season,” said Holtan, whose choir is operating in an isolation bubble similar to the one used by the NBA the past few months. “With this piece, we wanted to dedicate it to those lives lost in the pandemic.”

The Requiem is the only work on the program, which a choir of 20 will perform three times this weekend on the patio of Dove of Peace Lutheran Church and twice in Green Valley. The choir performed the work for the first time Tuesday, Oct. 20, a day after the ensemble began rehearsals for its six-week fall season.

Eighteen of True Concord’s choristers arrived in Tucson on Oct. 9 from all over the country and, after being tested for COVID-19, isolated before beginning rehearsals on Monday, Oct. 19, Holtan said. The group will remain isolated throughout the five-week season that runs through Nov. 15.

Two vocalists from Tucson also will join the ensemble for six concerts including two holiday concerts that will be streamed only. In all, True Concord will have 26 performances, 24 of them before live audiences limited to 50 people who will be required to social distance and wear masks.

The opening concert sets the tone of comfort and consolation that Holtan says he hopes will ease the angst many are feeling as the coronavirus pandemic has claimed more than 220,000 lives in the U.S., including over 5,800 in Arizona.

Brahms Requiem, while quoting biblical texts, does not take the fire and brimstone approach of the Verdi and Mozart requiems.

“This is a requiem of consolation and comfort for the living,” said Holtan, whose Grammy-nominated ensemble performed the work with a full orchestra in 2012. “It just seems to me that in this year, 2020, there has been so much grief and angst not just because of the pandemic — just the strife and the injustice and the turmoil that our country and the world has experienced. This is the way we wanted to set the tone for True Concord’s fall season, words of consolation, calm and peace and comfort for all that are suffering and grieving and have gone through the wringer of 2020.”

True Concord is following the London version of the Requiem, which Brahms arranged for piano four hands instead of full orchestra. That version premiered in a private house concert in London three years after Brahms finished the requiem in 1868.

Holtan said the choir had intended next spring to perform the Brahms to mark the London version’s 150th anniversary. But the uncertainty of the pandemic prompted him to move it up to the fall, he said.

This weekend’s performances will run one hour with no intermission.

See it online: The video concert will be posted at 5 p.m. Saturday, Oct. 24, and will be available through Nov. 3.

True Concord tempting us to forget politics, get lost in music

Professional ensemble, at the halfway mark of its reimagined fall "bubble" concert season, is performing madrigals and works based on famous poets.

Because it straddles the Pima and Pinal county lines, Flightline saw an increase in customers coming from the Pima side of Marana and surrounding areas during the pandemic shutdowns.

Birria requires some prep work but can cook largely unattended in the oven, on the stove, in a slow cooker or Instant Pot. 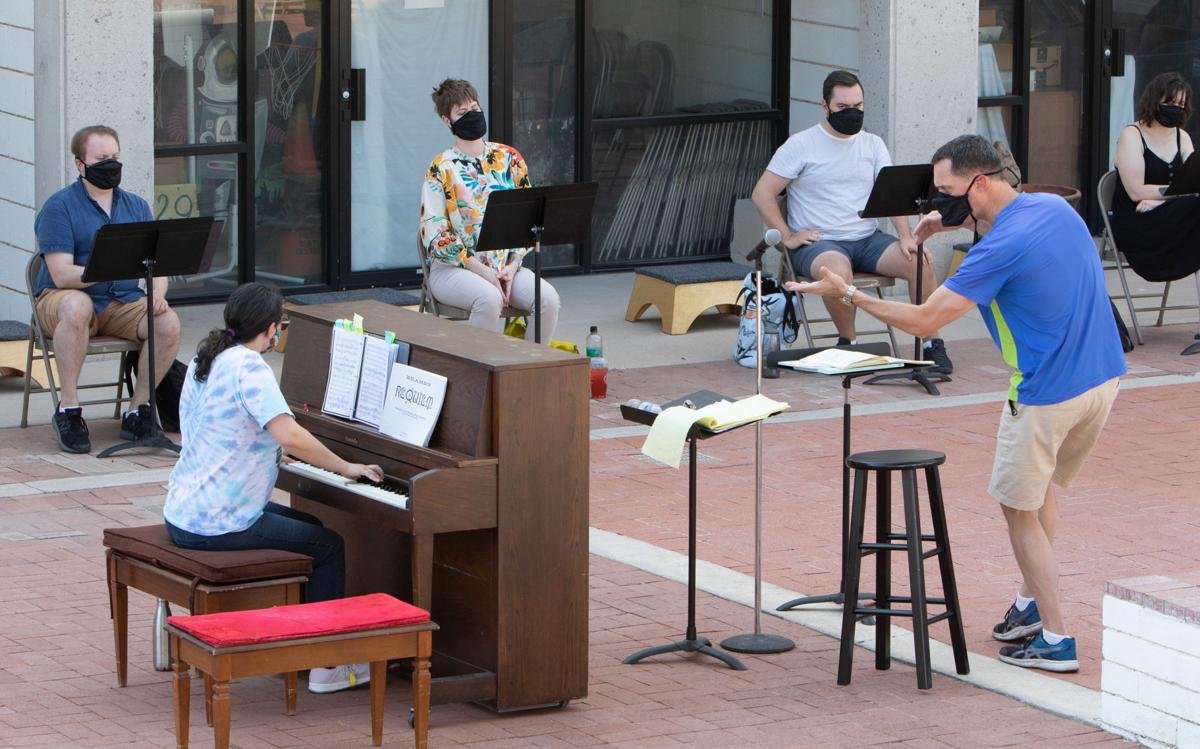 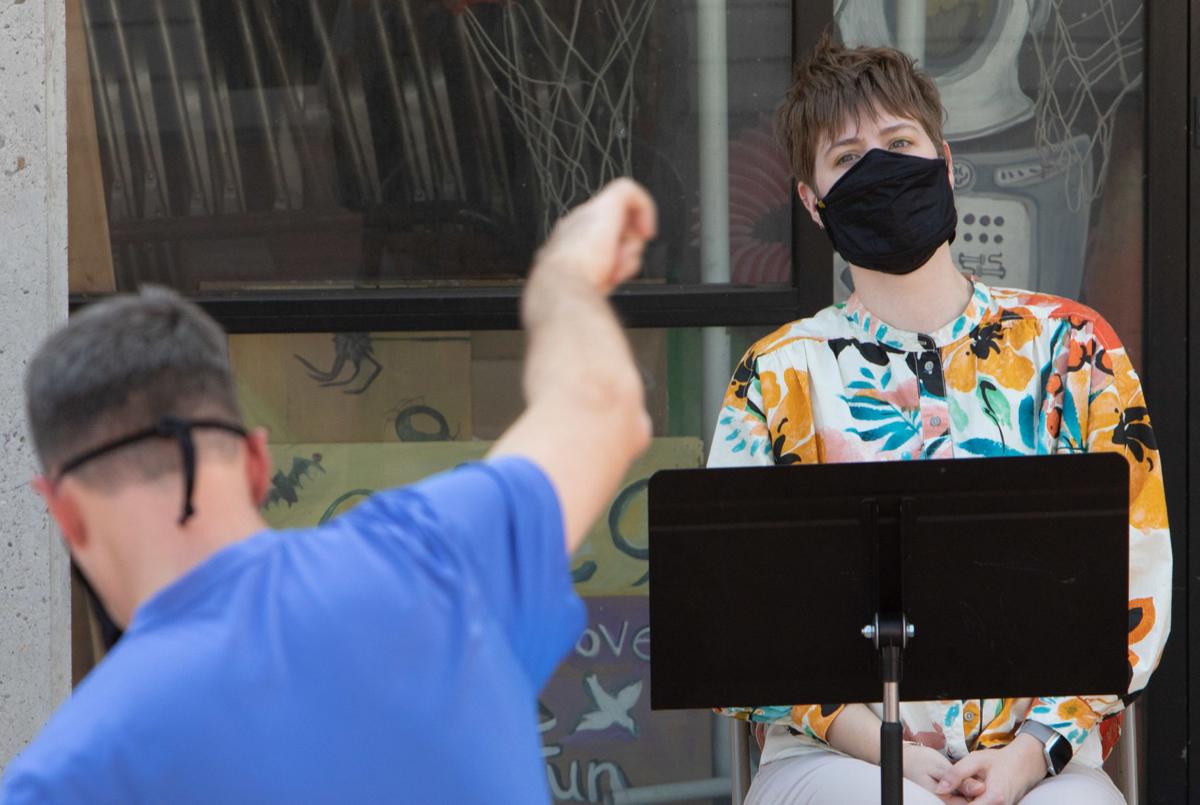 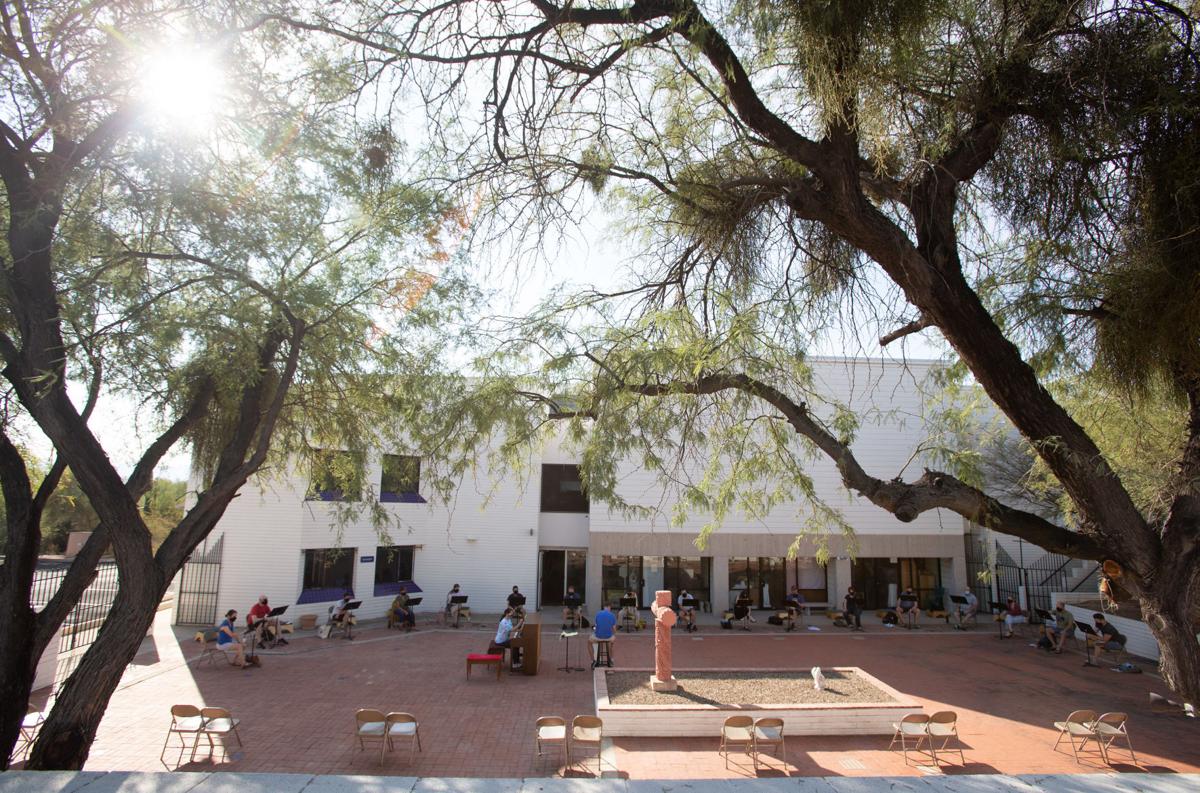 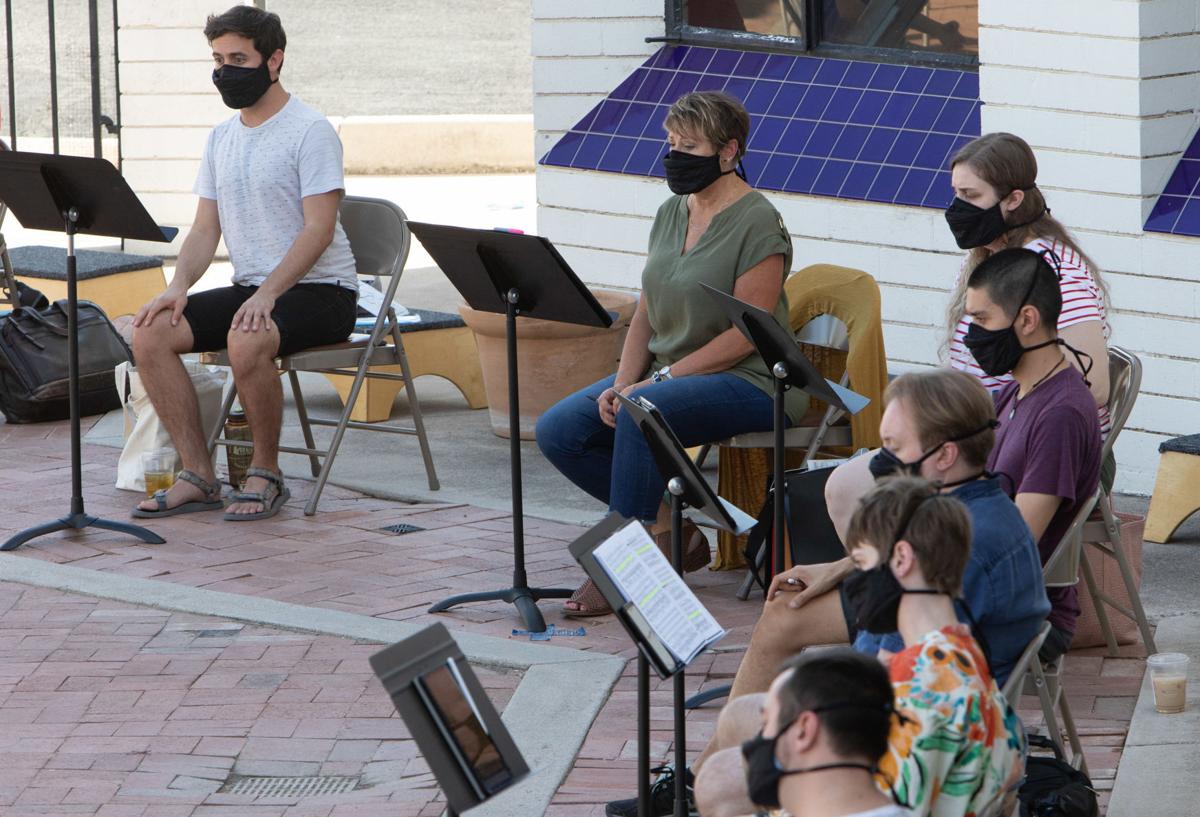 True Concord Choir, shown at rehearsals on Monday, performed their first concert on Tuesday, Oct. 20, for a socially distanced, masked audience of about 40 at Dove of Peace Lutheran Church, 665 W. Rollercoaster Road.