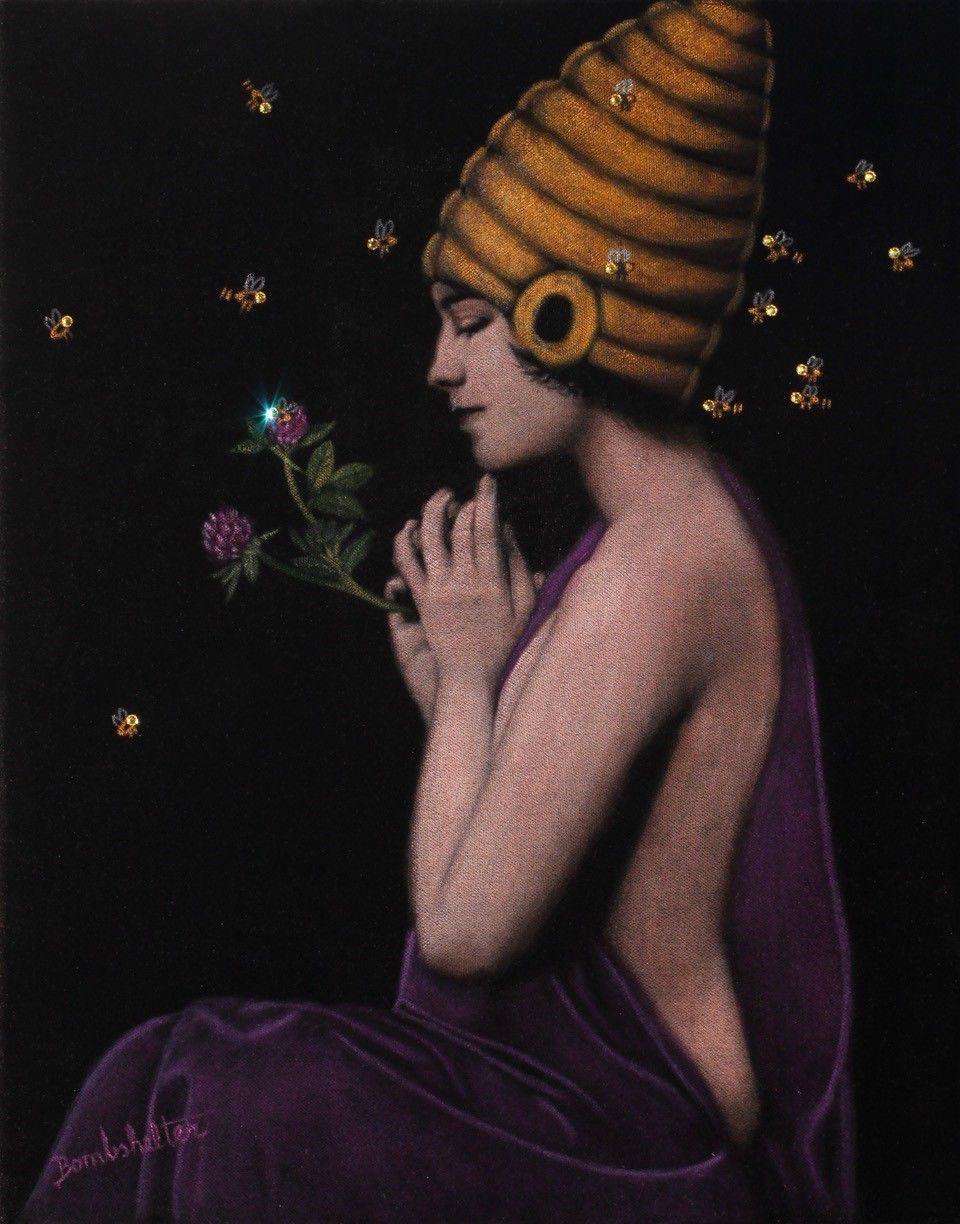 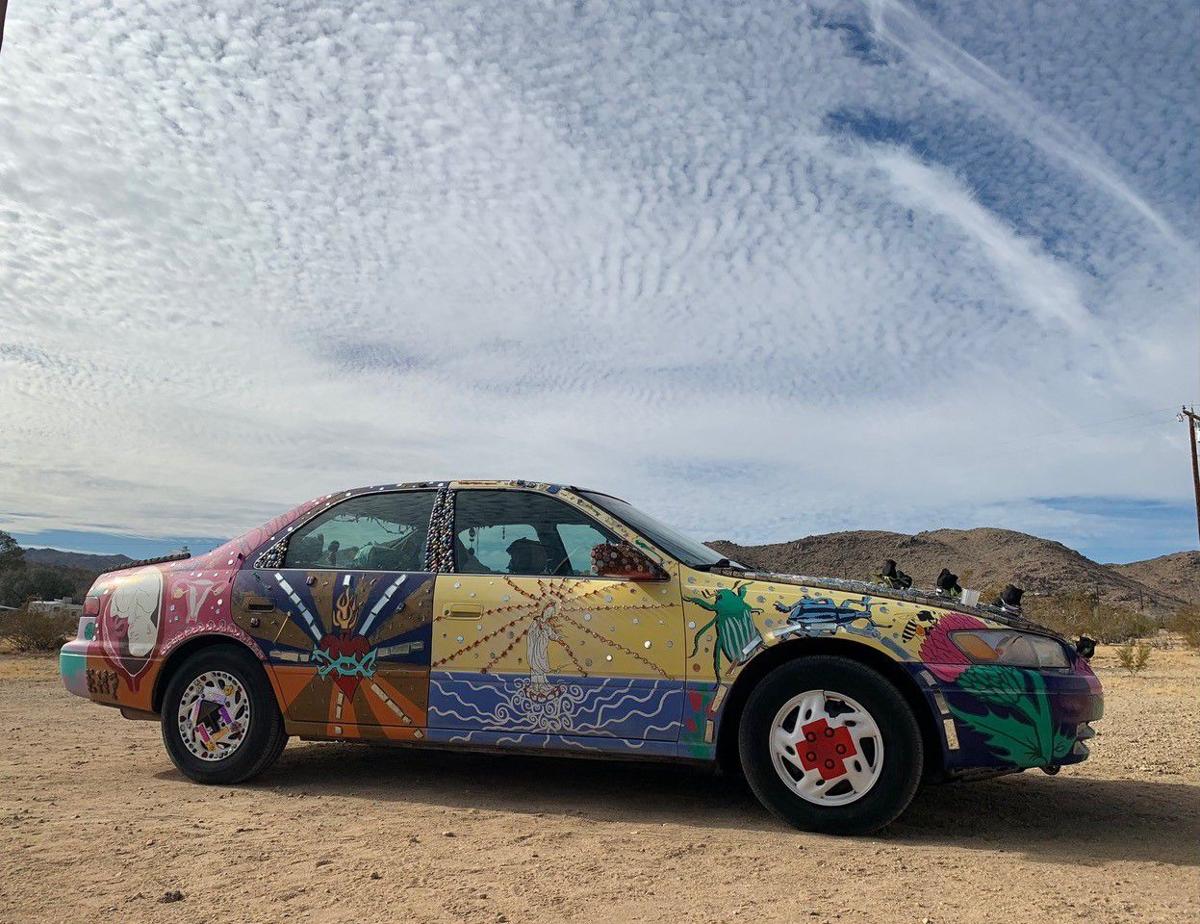 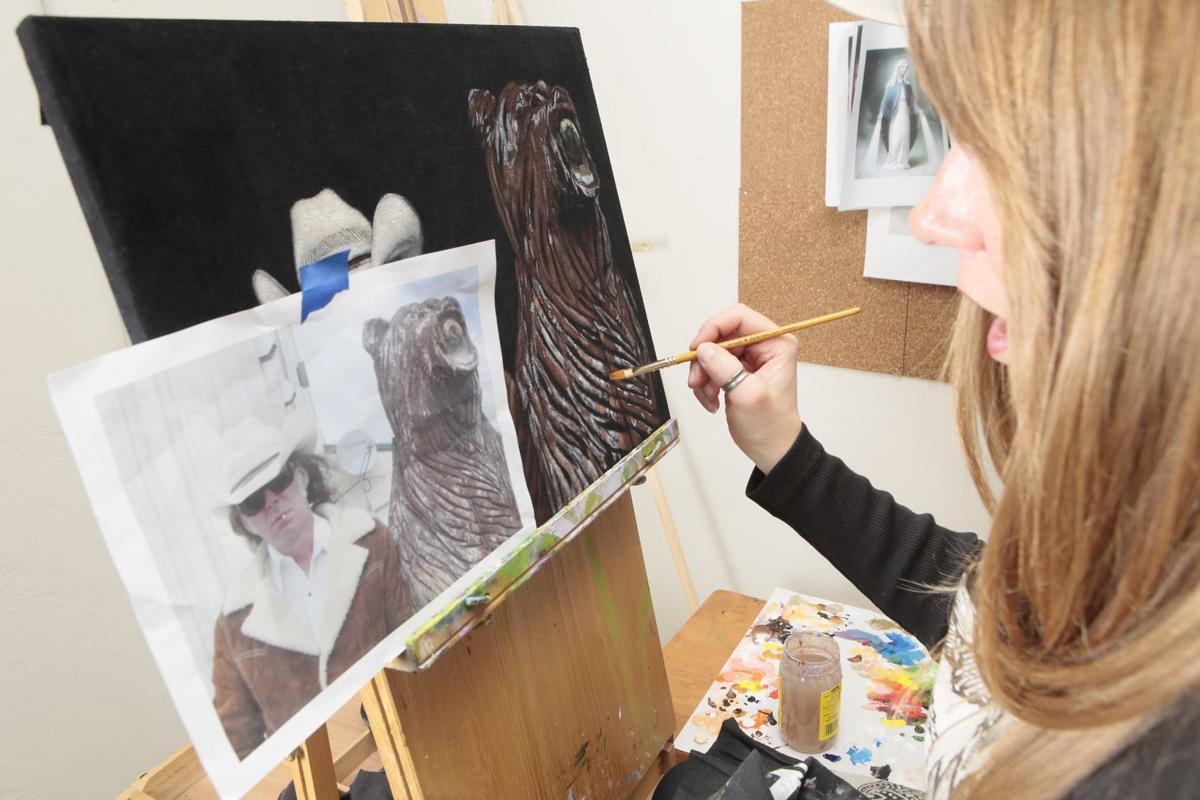 Diane Shilkitus uses a submitted photo as the basis for her velvet painting for local musician Hank Topless in 2013. Her velvet subjects include pets, nudes and celebrities.

When Diane Shilkitus was younger, she had a giant black velvet painting of a matador in her house.

“I used to stare at it,” she says. “I think it just got into my subconscious, and when I got older, I had a talent for drawing and painting, and I got into velvet.”

Shilkitus is now a black velvet artist known in the art world as Diane Bombshelter, creating acrylic paintings atop velvet instead of the traditional canvas. She says she enjoys the texture of velvet, in addition to the dark background.

“The velvet is almost three-dimensional because the fibers are sticking out at you,” she says, adding that some of her artwork also incorporates rhinestones.

“I like that effect of when highlights pop off of that dark background,” she says, adding that she uses a layering technique to get the colors to pop.

Shilkitus says she has always been creative. She remembers drawing out commercials for all of her favorite things as a kid. She remembers her mom telling her she should be a commercial artist.

As a teen growing up in Philadelphia, Shilkitus became interested in graffiti art — copying the style in her sketchbooks, but never on a wall.

After high school, Shilkitus drifted from art and pursued a career in electrical engineering. It wasn’t until 2004 when she rediscovered her love of art — and 2007 when she dived into the world of velvet paintings.

But it was difficult to find resources on how to paint on velvet — so Shilkitus started teaching herself. She also studied the work of velvet painter Edgar Leeteg.

Beyond her work with velvet paintings, Shilkitus also teaches yoga, does colored pencil drawings on black paper and creates mosaic murals — one of which can be seen at Saint Charles Tavern in South Tucson. She also has two art cars — one can be seen at Art Car World in Douglas.

Casey Ryan just landed a spot on Breedlove Guitar's national featured artist roster, which means his music and shows will now be pushed to national audiences.

Diane Shilkitus uses a submitted photo as the basis for her velvet painting for local musician Hank Topless in 2013. Her velvet subjects include pets, nudes and celebrities.