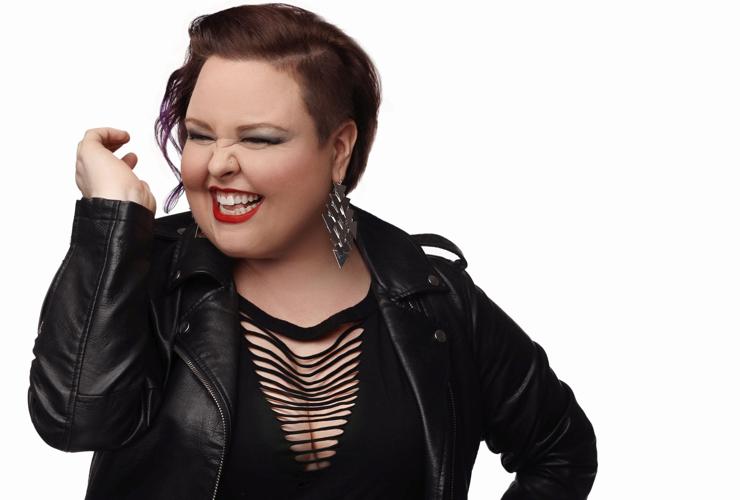 Mezzo-soprano Jamie Barton is teaming up with Jake Heggie on his new song cycle, commissioned by the Tucson Desert Song Festival. 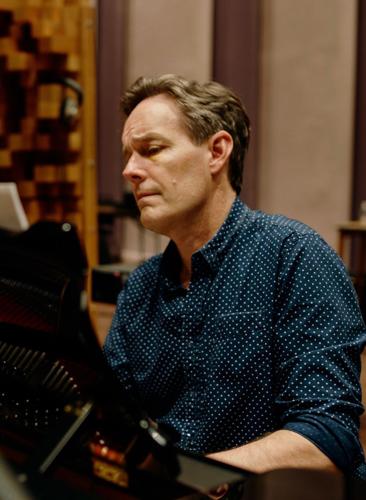 Tucson Desert Song Festival commissioned composer Jake Heggie to write a song cycle that will be world-premiered as part of the 2021 festival. 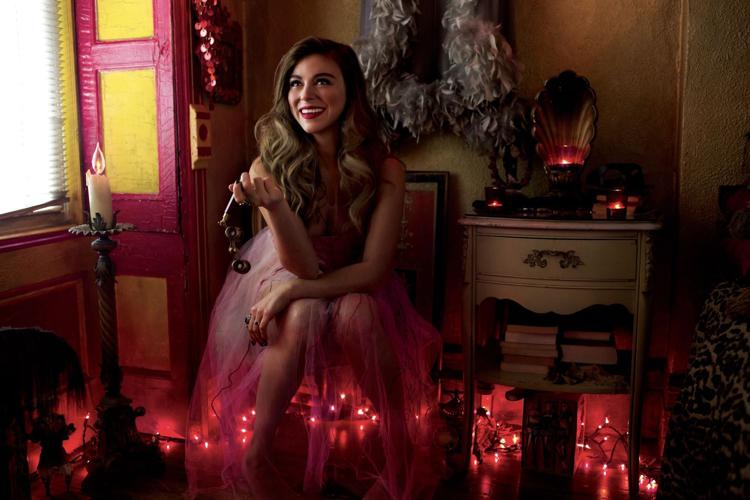 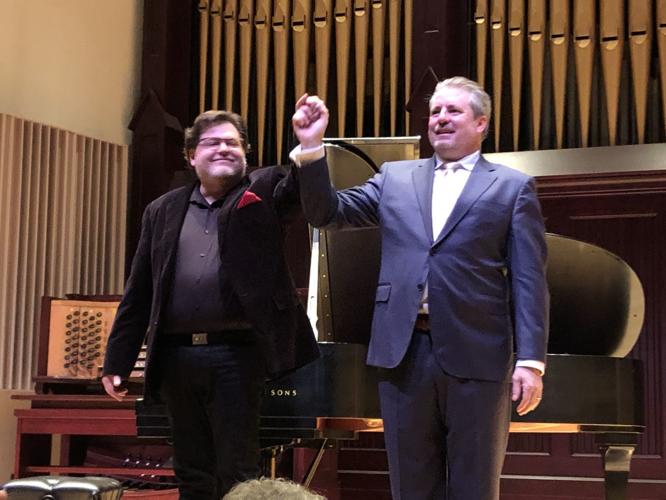 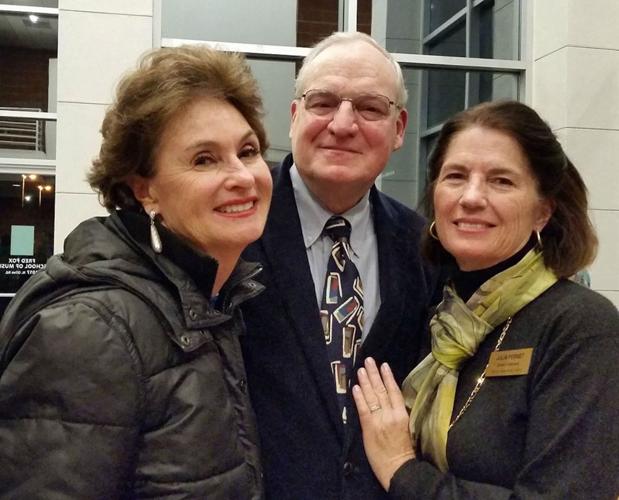 Festival Board President Jeannette Segel, left, with the late Jack Forsythe and festival Artistic Director Julia Pernet. The festival had planned to honor Forsythe, who died last May.

The 2021 Tucson Desert Song Festival will go virtual next week as a result of the COVID-19 pandemic, but the festival’s cornerstone event won’t happen until late spring.

The premiere of Heggie’s “It’s What I Miss Most” will now have to wait until late May at the earliest, said Jeannette Segel, president of the song festival board of directors.

Heggie, who wrote the song cycle with Barton in mind, is expected to accompany her on piano when the pair performs the piece. They are expected to do a live concert before a small invitation-only audience before filming a performance that will be streamed.

“Frankly, it’s one of the most important things that the festival has done, this series of commissions,” Song Festival Coordinator George Hanson said. “This project is the kind of calling card project that brings festivals to the forefront of international attention.”

“It’s What I Miss Most” is the second in the festival’s Wesley Green Composer Project, sponsored by Green Valley resident Wesley Green. The project kicked off with the world premiere at the 2020 festival of Richard Danielpour’s “Songs of Love With Loss,” which Israeli soprano Hila Plitmann performed last January.

The 59-year-old Heggie is best known for his dramatic 2000 opera “Dead Man Walking,” based on Sister Helen Prejean’s book of the same name about a death row inmate’s spiritual journey to his execution, and his 2010 opera “Moby Dick,” based on the famous novel. “Dead Man Walking,” with a libretto by Terrence McNally, has been performed in 70 productions over five continents.

The 2021 festival is dramatically streamlined from its original plans laid out last summer, before the COVID-19 pandemic reached its current levels. The plan back in late June was to hold recitals with several internationally celebrated vocalists including tenors Viktor Antipenko and Bryan Hymel, mezzo-sopranos Fleur Barron and Kindra Scharich, and sopranos Jolle Greenleaf and Erin Wall. (Wall, whose earlier Tucson appearances included performances with the Tucson Symphony Orchestra and Arizona Opera, died of breast cancer in October. She was 44.)

The festival also was set to honor its founder Jack Forsythe, who died last May after battling cancer for years. He was 72 .

“Everybody kind of had that difficult series of conversations and it was kind of a rolling series of disappointments,” Hanson said. “We took the approach that we’re going to hang on as long as possible, keep hope alive. As things became more and more clear, we kept trying.”

Hanson said the biggest hurdle was that most of the festival’s artistic partners had either canceled their seasons or dramatically streamlined them as artists called off appearances out of health concerns. The song festival coordinates with more than a half-dozen Tucson arts organizations including the orchestra, University of Arizona Fred Fox School of Music and True Concord Voices & Orchestra, to whom they provide funding to bring in vocalists for recitals over the festival run.

“All of our major performing arts presenters canceled very early on,” said Hanson, who added that in addition to the canceled seasons, all of Tucson’s venues have been shuttered since spring.

“So here we are. And I think it’s really important for people to be aware that we are doing our best and we are continuing to do it at the highest level of safety possible,” Hanson said. “And we are also keeping the lights on; we remain active and it takes a certain amount of dedication … to pull something like this off.”

Segel said her board hopes to present the Heggie premiere and one additional song festival event in late spring, if True Concord puts on a spring concert series.

True Concord in the fall held six concerts as part of its “bubble season,” in which it brought in 18 vocalists from around the country and isolated them for five weeks of concerts. The ensemble performed four live events with limited audiences and two streamed concerts.

True Concord Music Director Eric Holtan said his board of directors will meet Monday, Jan. 18, to discuss plans for a spring series.

“Nothing at all is firm, but I can tell you that our medical advisor Eve Shapiro is urging us to look at late spring, April or May,” Holtan said. “Assembling artists now would be hard. The hope is that the numbers are going to go down and the vaccinations are going to gain some steam here and make some real progress and we can all feel better later in the spring about gathering and making music.”

If the spring series happens, soprano Corinne Winters, who has performed in the festival three times including in 2019, is expected to join True Concord for a concert of opera arias and art songs.

• "It's What I Missed the Most," world premiere of a song-cycle commissioned from Jake Heggie. Featuring mezzo-soprano Jamie Barton, accompanied by Heggie on piano.

This group of mostly women, many of whom are in their 60s or older, meet once a month to pick up litter on 'A' Mountain. They've dubbed themselves the "Trashy Divas."

Chamber music group says online streaming is the only viable way to present its upcoming season and keep its audience and musicians safe. Meanwhile, Ballet Tucson has put the brakes on until the end of the year in response to Covid-19.

Matthew Polenzani seemed a bit stunned when he walked on stage Friday night and everyone was standing.

Can I get an Amen! Morris Robinson, True Concord amaze in 'America Sings'

The annual event and festival celebrating all things Irish also was canceled last year, as the pandemic was just getting started.

Proceeds from the socially-distanced event will benefit the Southern Arizona Arts & Cultural Alliance.

Shakira to stand trial on tax rraud charges in Spain

Post Malone returns to the stage after recent fall

Post Malone returns to the stage after recent fall

Mezzo-soprano Jamie Barton is teaming up with Jake Heggie on his new song cycle, commissioned by the Tucson Desert Song Festival.

Tucson Desert Song Festival commissioned composer Jake Heggie to write a song cycle that will be world-premiered as part of the 2021 festival.

Festival Board President Jeannette Segel, left, with the late Jack Forsythe and festival Artistic Director Julia Pernet. The festival had planned to honor Forsythe, who died last May.