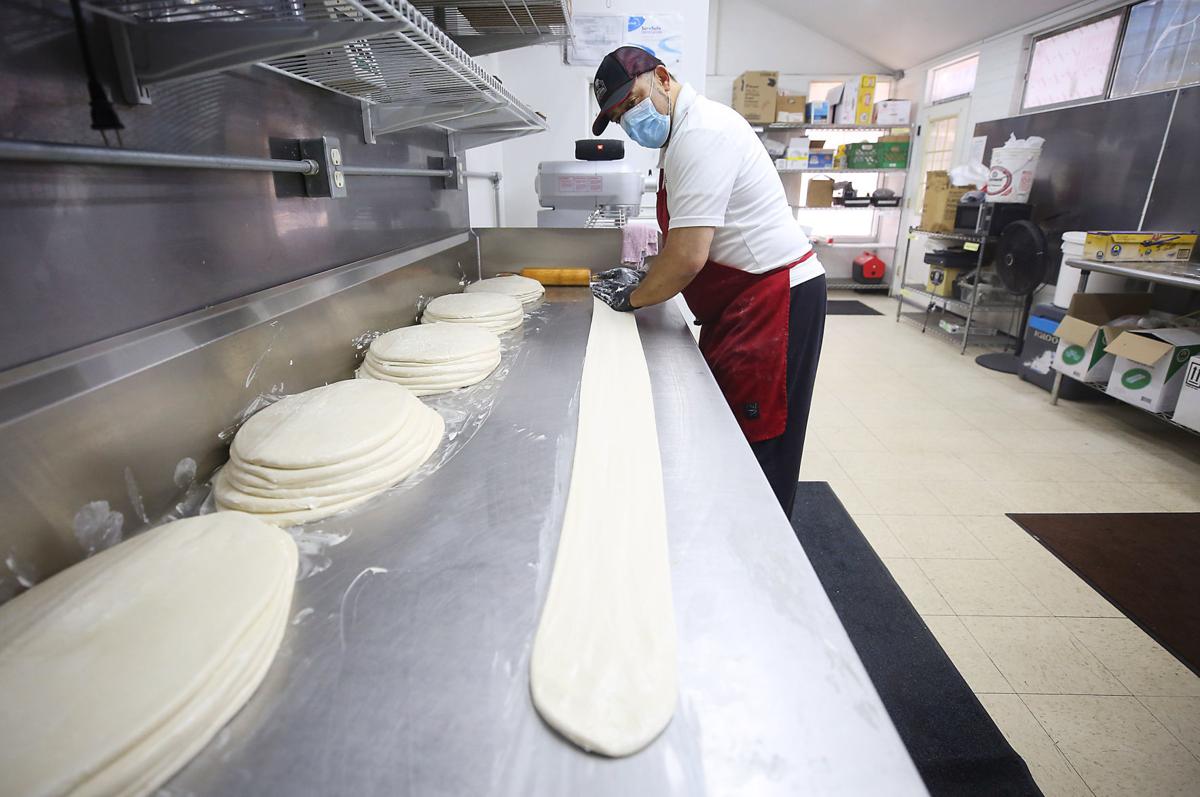 Joseph Gauci, owner of Malta Joe’s Baked Goods, stretches out the dough as he makes pastizzi in a commercial kitchen on Tucson’s west side. The savory snack is from the island country of Malta and he has been making it for four years. 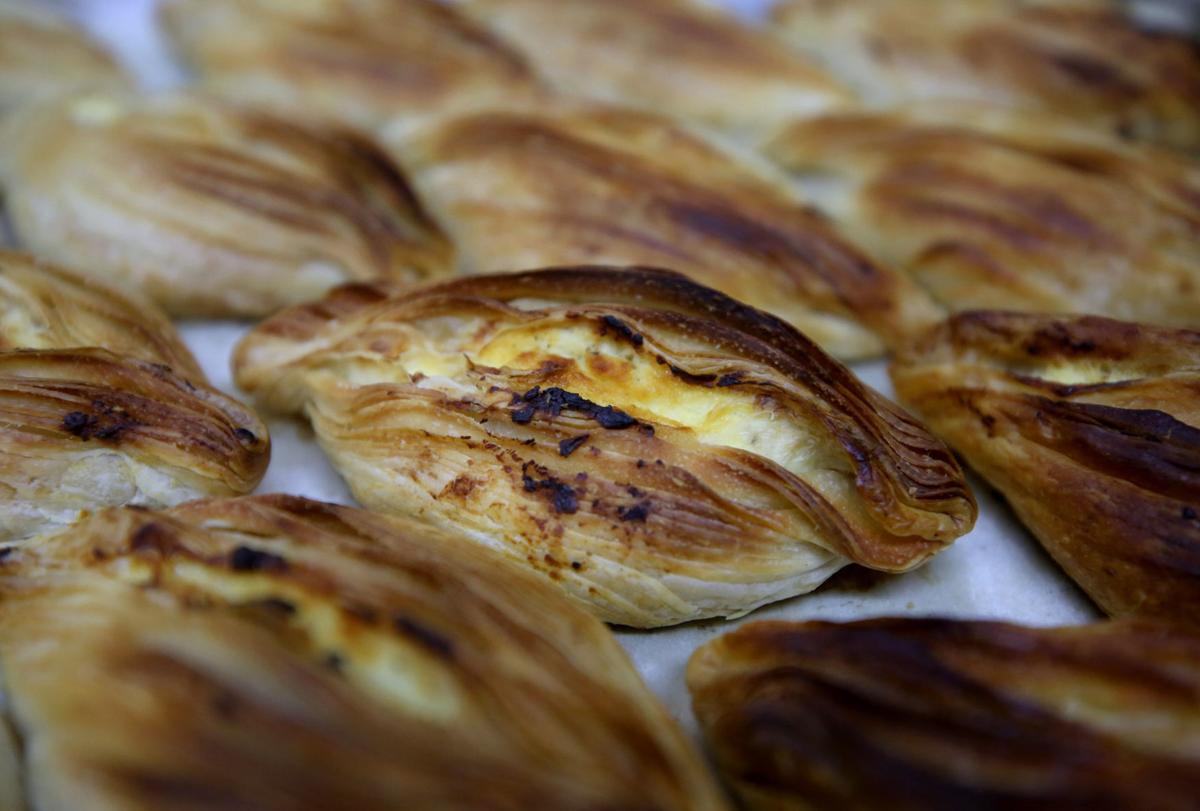 Gauci makes several types of pastizzi, including a Southwest version with bacon and Hatch chiles. 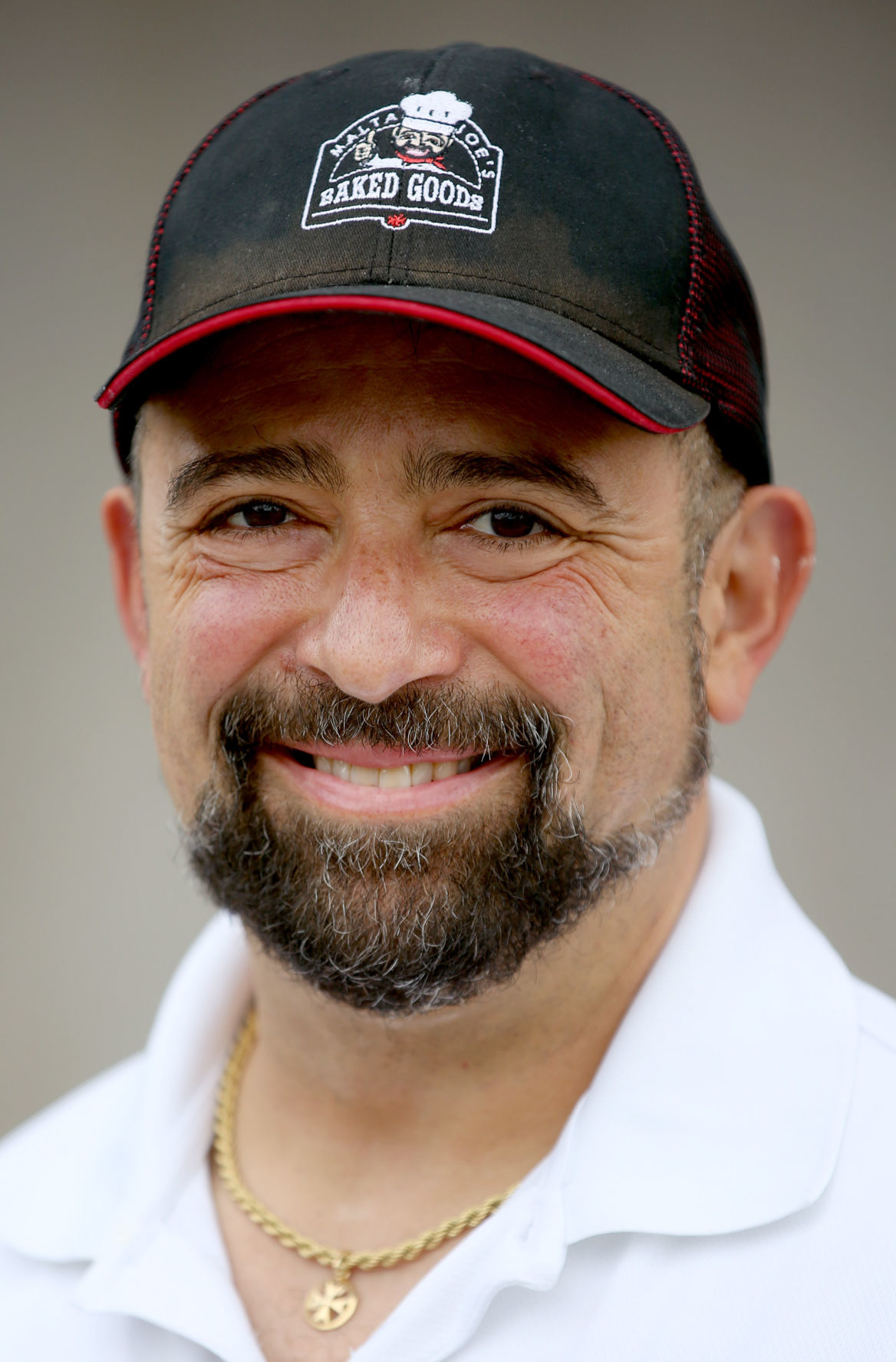 When you think European cuisine, dishes like osso buco, currywurst, paella and coq au vin might spring to mind.

But what about the Maltese street food known as pastizzi?

If you are unfamiliar with the diamond-shaped treat, known for its flaky filo dough crust and ricotta cheese filling, Tucsonan Joseph Gauci is ready to serve you.

Gauci is the owner of Malta Joe’s Baked Goods, a food trailer and online business that specializes in the savory dish.

Pastizzi might not be a household name in the United States, but back in Malta, a small island country just south of Sicily in the Mediterranean Sea, it is kind of a big deal, Gauci said.

“The competition is fierce in Malta,” he added. “Pastizzi are sold on every street corner. It is a matter of national pride.”

Gauci was raised in Westchester County, New York, but his parents both hailed from Malta; his dad from Paola and mother from Tarxien, both small towns with populations less than 10,000 people.

Gauci would make pastizzi occasionally with his mom growing up and eat his fill when his family would return to Malta to visit relatives.

“First thing you would do when you got off the plane was go get some pastizzi,” he said.

As an adult, Gauci, who worked as a recording engineer in New York City for more than 30 years, would make trips to the Maltese Center in Astoria, Queens, New York, to pick up pastizzi for the holidays and on special occasions.

He retired to Tucson for a change of scene and more relaxed way of life seven years ago, but “retirement was too boring,” he said. “I needed something to do.”

He looked to his mother’s pastizzi recipe as a way to keep busy while representing his culture and heritage.

“It keeps me going,” Gauci said.

He went so far as to travel to Malta in 2016 to formally train with pastizzi makers.

The aspiring baker was rejected by the professionals over and over again.

“They didn’t want to share their secrets,” Gauci said.

He finally found a baker in his mom’s hometown willing to show him how it was done, under one condition.

“I had to show him my return plane ticket to the United States,” he said. “He didn’t want any more competition.”

Gauci took what he learned in Malta and turned it into a business here in the Old Pueblo.

Locally, Gauci has kept busy, even during the pandemic. His Malta Joe’s food trailer can be regularly found at breweries and taprooms offering to-go options and at events like the drive-in movie screenings at Medella Vina Ranch, 4450 S. Houghton Road.

“I offer samples to customers who are unfamiliar with pastizzi,” Gauci said. “They try the sample and get hooked. It doesn’t take much after that.”

He starts customers off with the basic ricotta cheese pastizz, then moves them onto split pea and curry before introducing them to “The Southwest,” Gauci’s own pastizzi creation, stuffed with bacon, Hatch chiles and a ricotta base.

“‘The Southwest’ is a big hit in Tucson,” he said.

Nationally, Gauci has made a name for himself as one of only a few baked goods companies in the country shipping pastizzi. During the pandemic, Gauci has been sending out up to 30 orders a month, ranging from four to 10 dozen a shipment.

“People are ordering it from all over the country,” Gauci said. “They don’t want to go out right now to get pastizzi. They want it at their door. They are happy someone can provide that service. Shipping has been carrying me through the pandemic.”

The goal, Gauci says, is to one day move his business from a commercial kitchen that he rents on Tucson’s west side to his own factory where he can produce pastizzi on a larger scale.

“I am proud of it,” he said. “The business is bigger than last year and much bigger than the year before. I want to see where it will take me.”

No passport needed: Taste the European vacation you're missing without leaving Tucson

We have restaurants representing the cuisines of many European Union countries from France and Spain to England and Poland.

Learn to understand the fifth taste, umami, with a chicken dish rich with it

We all have to eat, but on sweltering days, who wants to cook?

Joseph Gauci, owner of Malta Joe’s Baked Goods, stretches out the dough as he makes pastizzi in a commercial kitchen on Tucson’s west side. The savory snack is from the island country of Malta and he has been making it for four years.

Gauci makes several types of pastizzi, including a Southwest version with bacon and Hatch chiles.