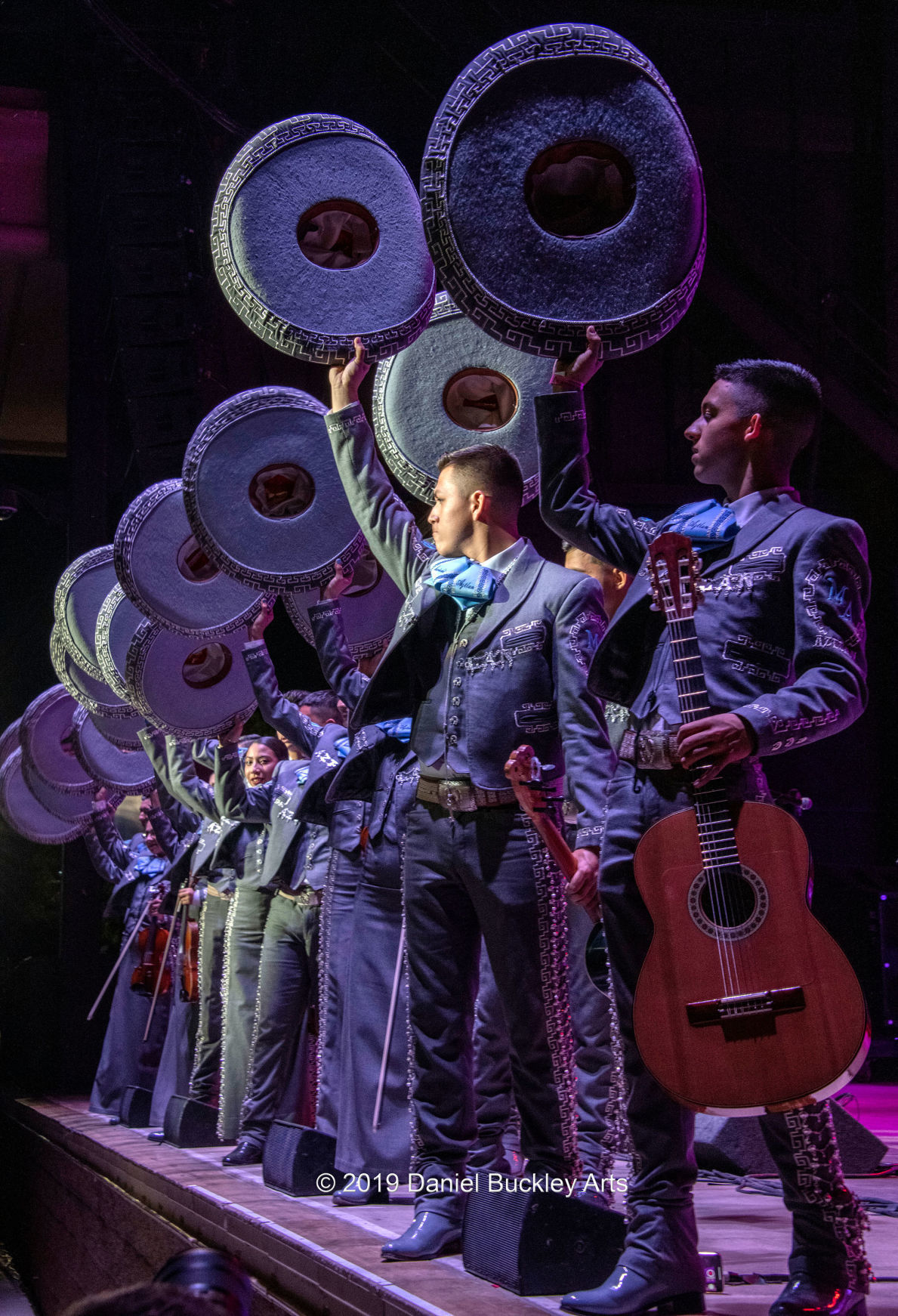 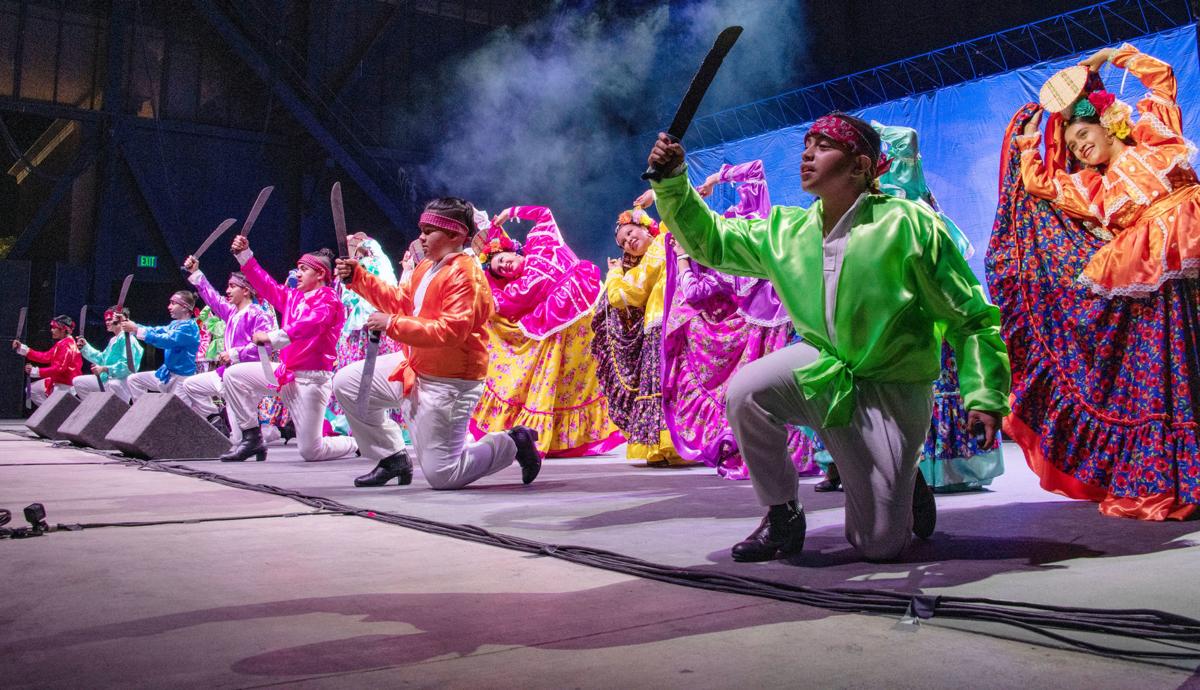 By Daniel Buckley For the Arizona Daily Star

The world was grinding to a halt due to the coronavirus and the need to shelter in place. She was having to adjust to online learning. Now one of the things she most looked forward to – the Tucson International Mariachi Conference – was being canceled, too.

The Pueblo High School senior, who plays in the violin section of the school’s acclaimed Mariachi Aztlán, had attended the annual gathering of mariachi and folklórico workshops and performances since sixth grade.

She was part of TIMC’s Student Advisory Council and was planning to take part in the vocal competition. And while her role in the advisory group made her privy to the knowledge that it might be canceled, it was something she just didn’t want to believe.

The conference was slated to run from April 22-April 25.

Like Egurrola Enriquez, Vazquez was a veteran of the conference, having attended since fourth grade. She started mariachi studies in first or second grade, playing at Davis Bilingual Elementary Magnet School, and it had been a huge part of her life. Vazquez had been part of Rayos since her freshman year. And this year they had a crack crew intent on winning the competition in the participant showcase concert.

Both Aztlán and Rayos were in top form. And while Aztlán had a six-year winning streak at the showcase under its belt and was itself in top form, Rayos was hungry, even if it considered it to be a friendly competition.

“All second semester basically culminates in the showcase performance at the conference,” notes Rayos Del Sol’s Director Justin Enriquez. “Since we got back to school in January, we’ve already been practicing for the showcase, hashing out all the details of actual musical performance and staging to get prepared. So when we left school for spring break, the plan was to go ahead and really, really focus on all the little details ... in addition to planning our spring concert.”

Like his students, Enriquez attended the conference as a teen from his sophomore year of high school. Since taking the reins of the mariachi program at Tucson High he has come to see the larger importance of the conference.

“We don’t have regionals the way band and orchestra and choir does,” he says. “So this is our version of regionals. It’s something that I would look forward to as a teenager or a young adult.

“It really is the highlight of mariachi here in Tucson. It’s basically I believe, what created that youth movement in the first place. So it’s kind of like the heartbeat of our community and what brings us all back together.”

Things were ramping up at Pueblo High as well. In February, Mariachi Aztlán headed to the University of Texas Rio Grande Valley in Edinburg, Texas, for its annual Festiba – one of the biggest music and cultural gatherings in Texas, and a Mecca for mariachi performers.

And while they didn’t even place in the competition there, Mariachi Aztlán came back with a lot of ideas about what it needed to perfect leading up to the Tucson conference.

“We made mistakes over there that we were going to fix,” says Mariachi Aztlán director John Contreras. “That whole thing was just a progression for us coming back to Tucson and really turning it up even an extra notch, learning what we experienced from there. In a weird kind of way that was their conference this year because they didn’t get to have the Tucson conference. So I’m very glad that I was able to take them.”

A member of the TIMC board himself, Contreras fought hard to delay a decision about canceling the Tucson conference for as long as possible. But it became abundantly clear that fighting this virus by social distancing was just not going to allow the conference to take place.

Even so, it hurt, particularly because this would have been the year that the Tucson conference returned to downtown after six years at Casino Del Sol.

Bringing that jewel of cultural pride back to the city’s center was something all looked forward to.

“I cried a little bit right when we got off the phone at night,” said fellow TIMC board member Chantal Danay Ralls.

The director of folklórico dance at Roskruge Middle School and founder of the acclaimed Compania de Danza Folklórica de Arizona (CDFA) was crushed that her students wouldn’t have that opportunity to see the conference return to downtown.

Last year her middle school students left audiences wowed with individual and ensemble technique to rival the best high school groups. But dealing with this public health issue was bigger than all of that.

“It became a reality for me that this is affecting everybody,” she says.

Conference or not, learning goes on, even as teachers and students adjust to a new way of doing so.

“Actually, I check in with them every day,” Danay Ralls says of her students. “I’ve been reaching out to them from the first week that we were supposed to come back to school through Zoom, and so I get on the phone with them weekly. I think they appreciate that. We’re still having Zoom practices also with CDFA. And I think even just giving them that social aspect to see each other helps them.”

For Christina Vazquez, both the conference and being part of Rayos are experiences she will treasure.

“It’s been quite a ride,” she says. “Every year you get to meet new people and learn new music and you get to create new friendships. I’ve been I’ve been friends with some people from like my first year who are way older than me right now. But we’re still really close friends and every year you just create that bond with people and it makes it even more special.”

Take the time that you have and put your green thumb to work.

A park honoring lost loved ones can be found on The Loop south of East Golf Links Road.

Add some Southern Arizona flavor to your Italian meal.

Mother’s Day will be a little different this year but no less special. Local restaurants are offering some delicious takeout deals to spoil mom.