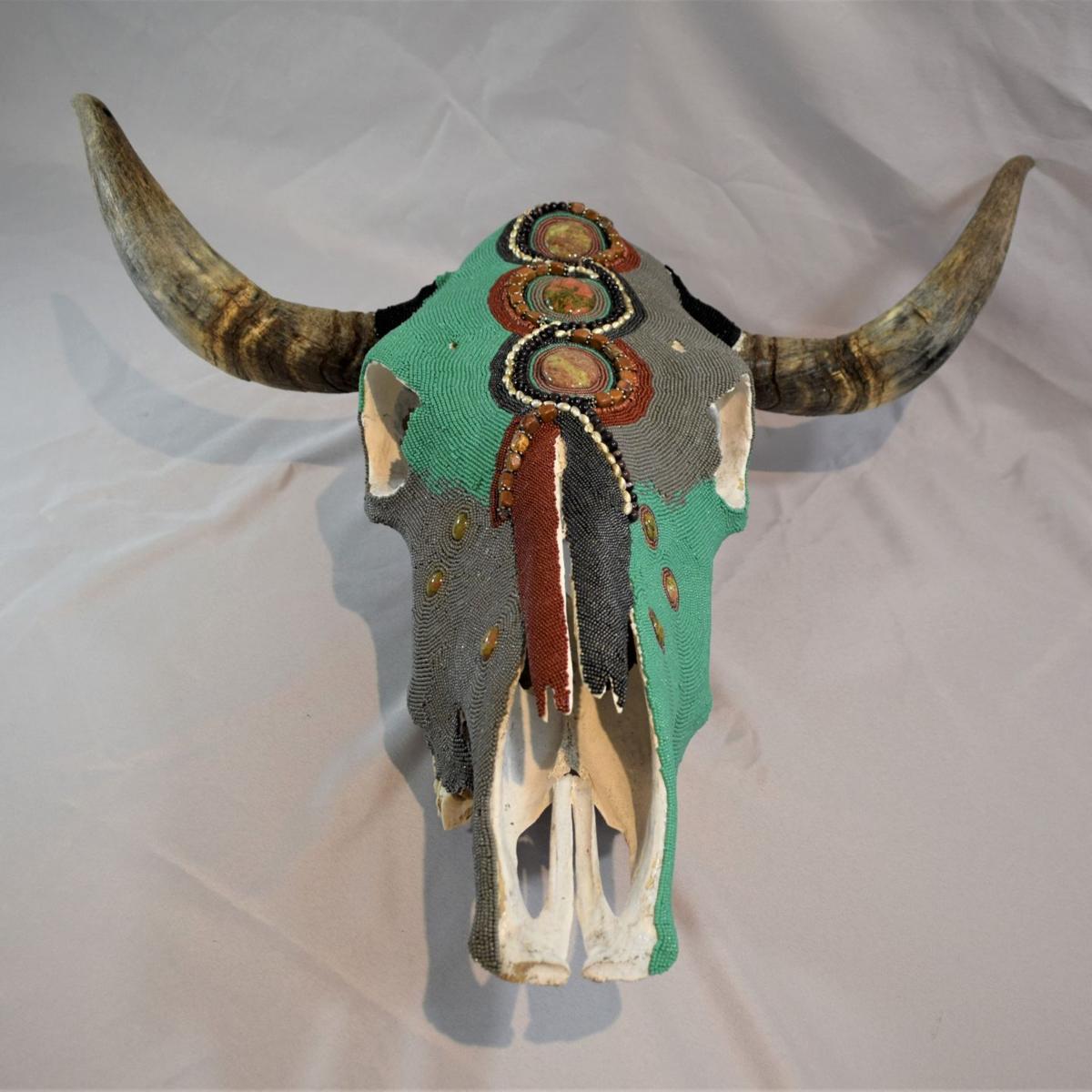 One of Van Vlack’s art projects includes beaded skulls. She says some skulls come from hunting. Others come from vendors online. 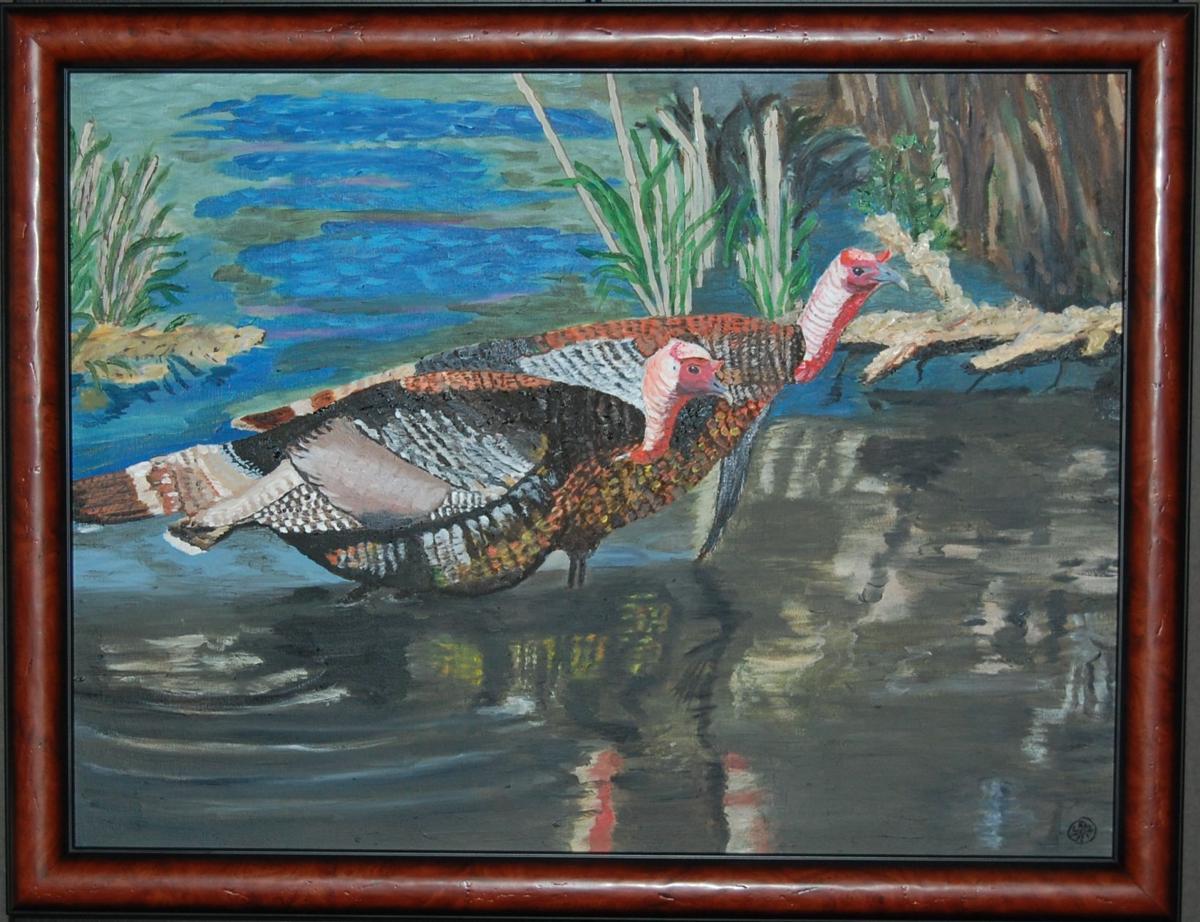 Van Vlack’s art ranges from oil paintings of mostly wildlife to mixed media where she takes “ordinary things and makes new things out of them.”

At one point, she participated in art shows in Green Valley and Saddlebrooke — waking up early, putting all of her art delicately in the car trying not to damage it, setting it up when she arrived, then taking it all down and heading home.

After two years, Van Vlack decided she didn’t want to do that anymore.

Instead, Van Vlack, who has been an artist for more than 25 years, opened her own brick-and-mortar art gallery in midtown about three years ago.

After spending some time building the gallery and working on advertising, Van Vlack started to get a steady stream of customers.

Then the COVID-19 pandemic hit.

“And that was the end,” Van Vlack says.

She closed the doors to her gallery at the end of last year.

“I’m still going to do art,” Van Vlack says. “I just have to find another way to get it out there.”

Van Vlack’s art currently ranges from oil paintings of mostly wildlife to mixed media where she takes “ordinary things and makes new things out of them” such as a stainless steel teapot she transformed into a turkey.

“The one that really started most strangely — there used to be a store in town called Upcycle and they sold bits of this and that to artists,” she says. “I picked up something that I think was supposed to be used to open wine bottles but when I put it in my hands, I knew it was bunny ears.”

“Sometimes I just know what it’s going to be as soon as I touch it,” she says.

But they’re all real — none are replicas.

“I don’t remember exactly how it started. I saw someone online had put mirrors on a skull,” she says, adding that she decided to decorate a skull with beads instead.

“From there on, I was hooked.”

As for Van Vlack’s interest in art, it may have been inspired from her mom, who was always supportive in Van Vlack’s creative journey.

“My mother was very creative,” Van Vlack says. “I think in another time, she would’ve been an artist.”

One of Van Vlack’s art projects includes beaded skulls. She says some skulls come from hunting. Others come from vendors online.

Van Vlack’s art ranges from oil paintings of mostly wildlife to mixed media where she takes “ordinary things and makes new things out of them.”