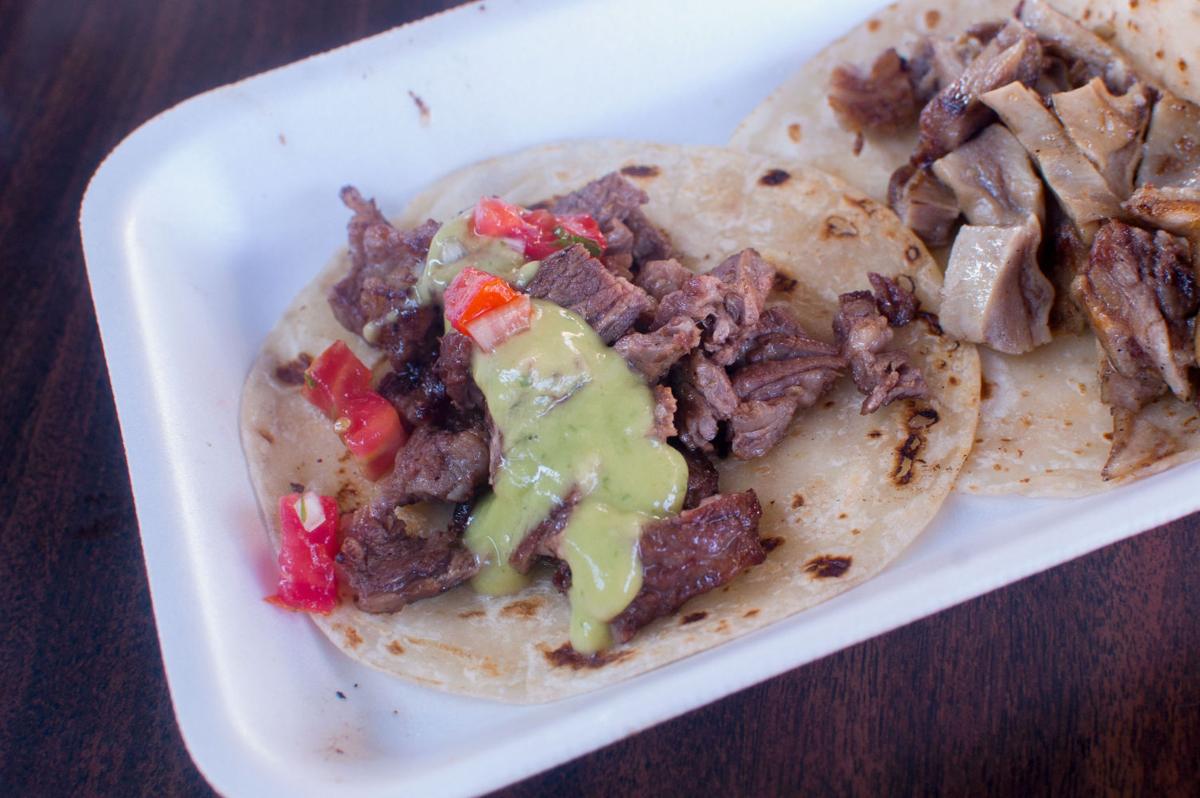 One taco de carne asada, $1.50, with a taco de buche: chopped pork stomach that's slow boiled and then thrown on the grill. 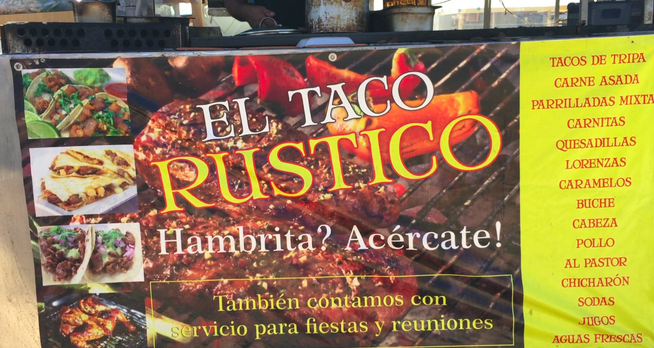 We live in the heartland of carne asada: right next door to the cattle ranches of Northern Mexico and in the middle of the Sonoran desert, which provides a steady supply of mesquite wood for grilling.

But even here, the real deal can be hard to find. If you're really serious about your grilled steak, you need to get down to El Taco Rustico in the Tohono O'Odham Swapmeet. Unlike other restaurants that cook their steaks on a flattop or with charcoal, Rustico uses a real mesquite grill that spews a heavy cloud of meaty smoke into the morning air.

Owner Juan Almanza has been doing barbecue for 25 years, and perfected his mesquite-cooking technique on the Terraza patio at Hacienda del Sol resort. The vibe down here is a little more "rustic" — it's not much more than a tarp and some chairs — but the grill is a site to behold. If you're there early, Almanza piles on everything from racks of rib to tripas and buche, sliced pig stomach that was actually pretty nice and crunchy.

The carne asada here doesn't come heavily spiced or adorned with cheese or accoutrements. It's basically just fat chunks of Angus chuck steak — much thicker than other places around town— plump and juicy with some smokiness and a hint of mesquite flavor. Very simple, but as Almanza says, "You can taste the difference."

Insider's tip: While you're there, you've gotta try the sandia agua fresca, with big chunks of watermelon. They serve it in a Burger King cup, but it's totally homemade.

Our favorite steak tacos from the 100 Days of Tacos series. The whole list at tucson.com/tacos

A guide to the trucks and taquerias of Tucson's south side

21 places to stop in Arizona's most exciting Mexican food neighborhood. More at tucson.com/tacos

Take a foodie tour of the Tohono O'Odham Swapmeet

The weekly event at 5721 S. Westover Ave. is a food lover's paradise. Video by Andi Berlin.

One taco de carne asada, $1.50, with a taco de buche: chopped pork stomach that's slow boiled and then thrown on the grill.