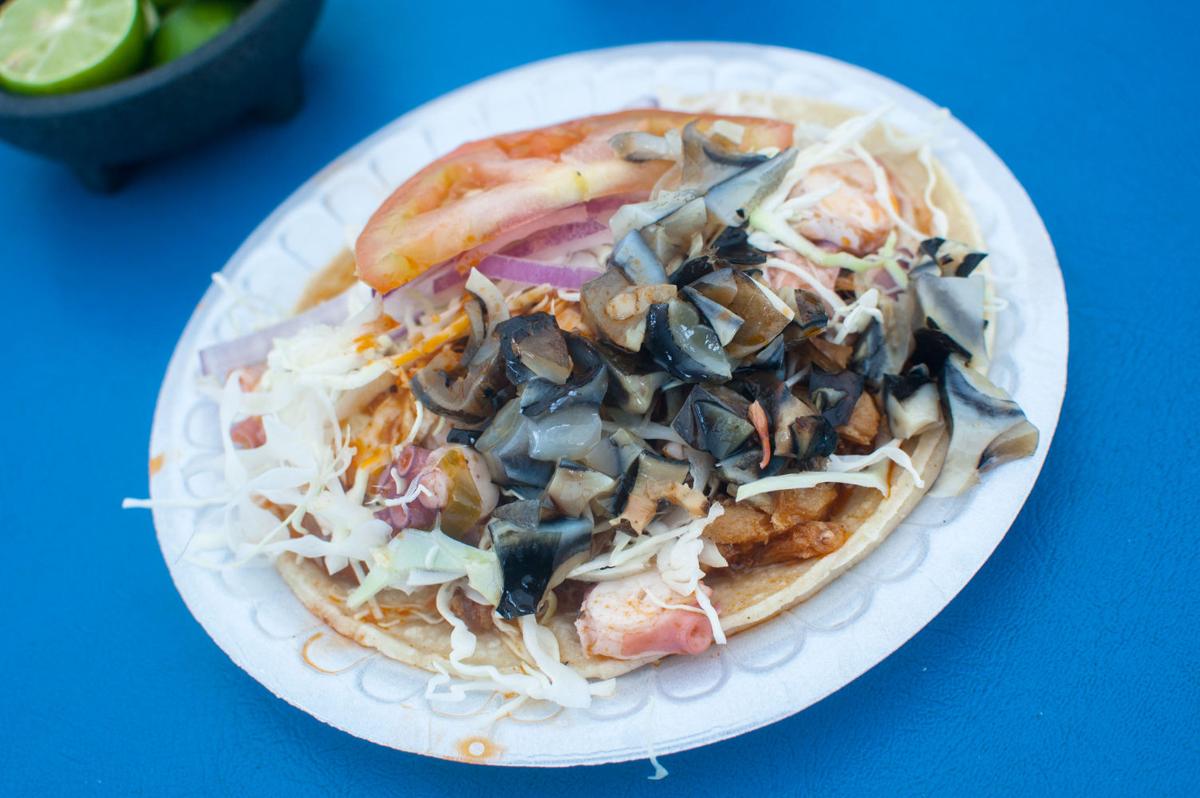 Add this oddity to your food bucket list: a Taco Super with manta ray, octopus and glutinous black tuna fin, $3.75. 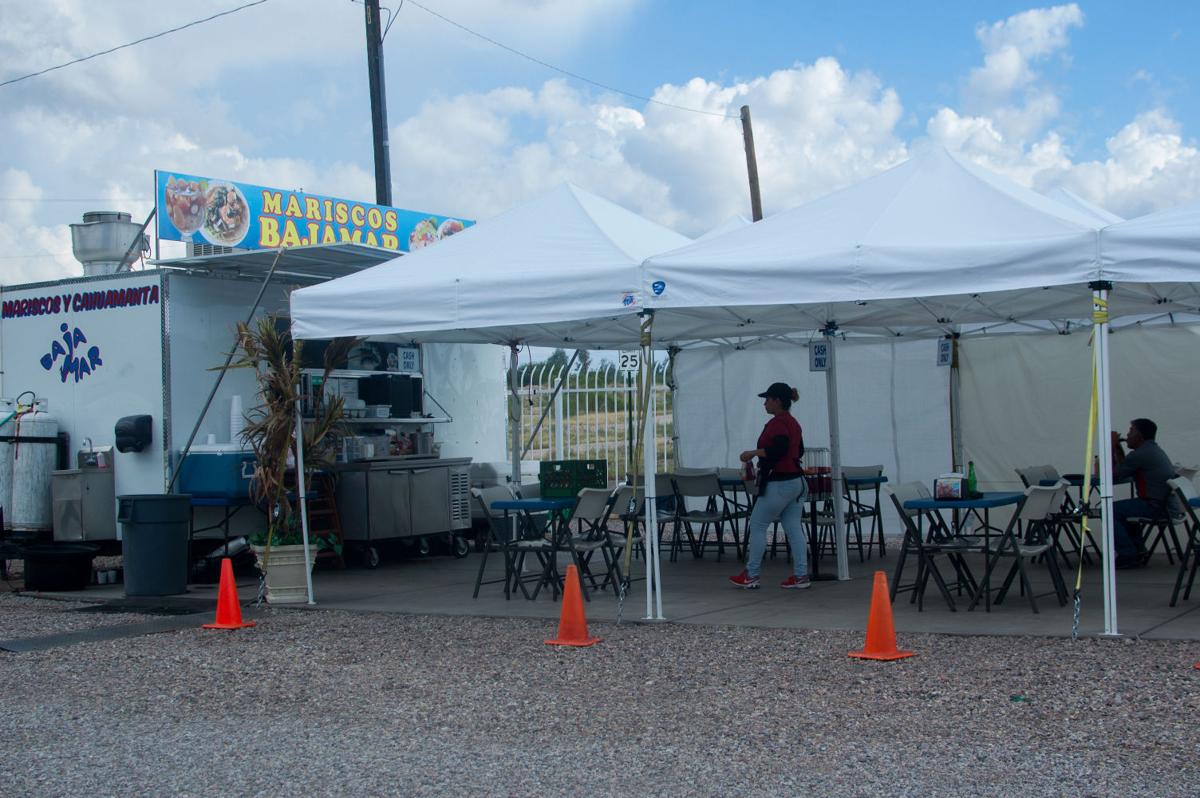 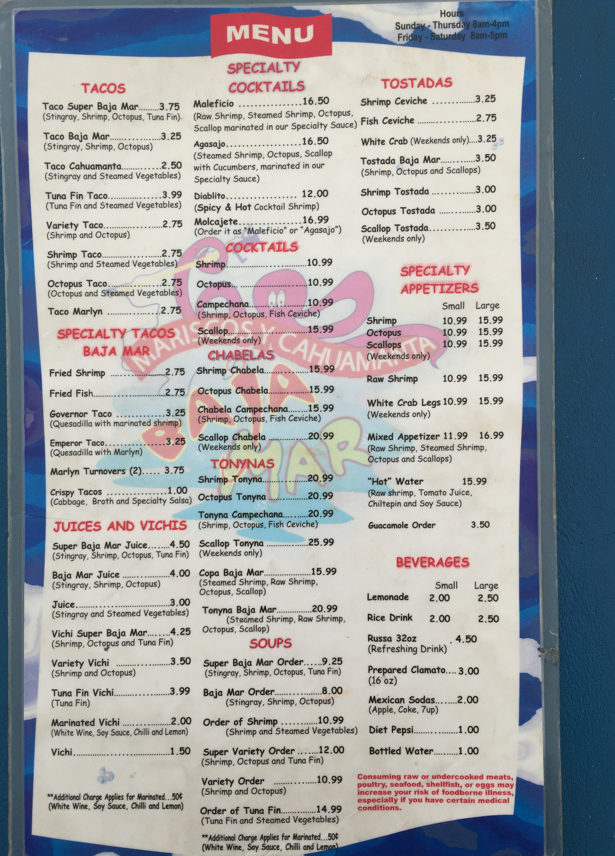 On the weekends, they serve tostadas with white crab.

I was expecting the manta ray. I wasn't expecting what came on top: Black shards of blubbery flesh that shined like wet clam shells.

The sea is full of wonderful and frightening surprises, and this is definitely one of them. Aleta de atun ("tuna fin") is a specialty of Ciudad Obregon, Sonora, where food truck owner Braulio Lopez found it. He says the meat comes from a specific fin on the bottom of the fish.

At his truck Baja Mar - Mariscos y Cahuamanta, they slow boil the fin along with a slab of sting ray meat for several hours. The two go onto shop's Taco Super Baja Mar along with whole shrimp and squishy little octopus disks and tentacles.

The creation is kind of a Tour de Gulf of California: a mountain of sea life on double-stacked corn tortillas with cabbage, onions and tomatoes. The manta ray on the bottom was soft and shredded in red sauce, almost like a heavier tuna fish without any gaminess. It was the base for the spunkier ingredients like the octopus. (Sadly, I think they forgot to put on the shrimp that day.)

The tuna fin? Well I guess I'll be honest. It was really sticky and gummy and smelled like something you'd find in a tidepool. Even the the guy working the line said it wasn't his favorite. But apparently, "A lot of people like it!"

Weird fact: The Sonoran specialty cahuamanta — which usually contains a mixture of manta ray, shrimp and sometimes tuna fin — used to be prepared with turtle meat until our favorite reptilian friend was put on the endangered species list.

Manta ray? Wonton tuna sashimi? Andi has eaten it all during her 100 Days of Tacos series.

Take yourself to the limit with these extreme cuts of meat: from the 100 Days of Tacos series. See the whole list at tucson.com/tacos

Add this oddity to your food bucket list: a Taco Super with manta ray, octopus and glutinous black tuna fin, $3.75.

On the weekends, they serve tostadas with white crab.