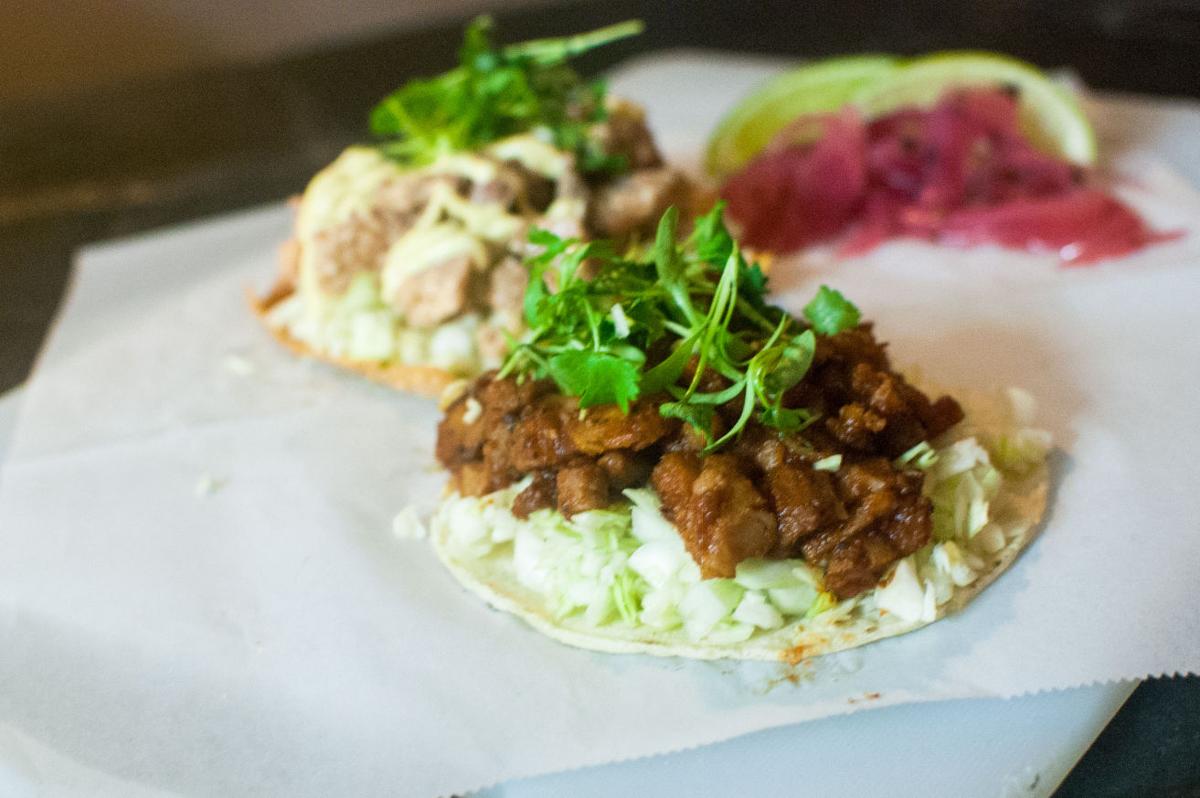 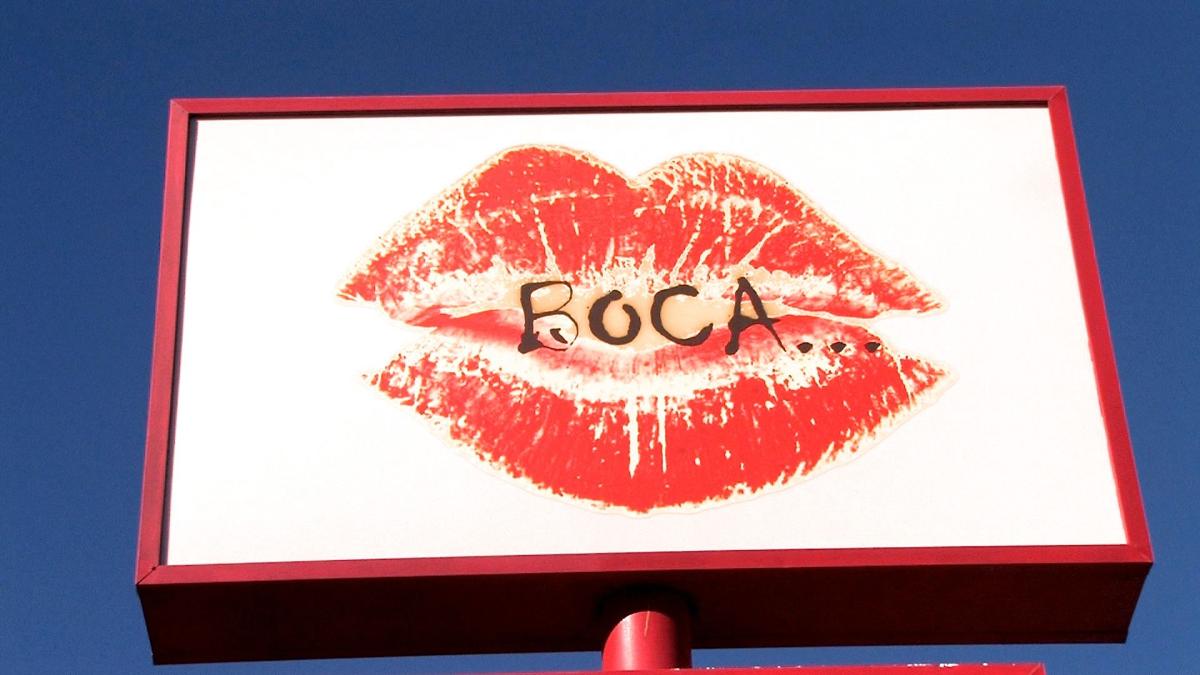 The sign outside at her campus-area restaurant, in the former home of Greasy Tony's.

Strict locavores, look away for a minute! The campus area restaurant Boca Tacos y Tequila ventures into new taco territory with its off-the-wall salsas and globetrotting Mexican fusion. Every Wednesday, it holds an "exotic taco" night with a different obscure meat/veggie from around the world. This time, it was python.

Chef Maria Mazon worked with Dickman's deli in Tucson to bring in the snake meat from a farm in Vietnam, said butcher Dan Dickman. "They give to you deboned," Maria said. "You end up with a shrunk piece of white stuff. You're like what is this? Until you start chopping and dicing."

Maria boiled down the meat and then simmered it in a stew of sweet chipotle tamarind sauce, which paired beautifully with my black hoisin salsa. Piled atop a corn tortilla with cabbage and cilantro, the springy shards of snake tasted like a muscular pork chop. It reminded me of an extra-dimensional Vietnamese stir fry dish, but my boyfriend was thinking more like Mongolian beef.

This is the third time Maria's done snake in her restaurant. The first time she fried it, and the second time she grilled it. This preparation technique seems to highlight the best of the meat, and soften it up a little. In the words of my server: "Python is usually more muscular. But this one isn't." Let's just say, it was so good it took hold of me, and it never let go ...

Take yourself to the limit with these extreme cuts of meat: from the 100 Days of Tacos series. See the whole list at tucson.com/tacos

The finest gourmet tacos from the 100 Days of Tacos series. See the whole list at tucson.com/tacos

The sign outside at her campus-area restaurant, in the former home of Greasy Tony's.