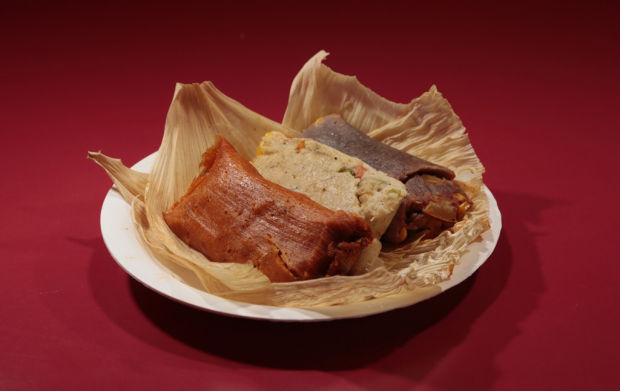 Offered Memorial Day through the Fourth of July: the red tamale is a smoky barbequed pork; the white is chicken with a mild hot wing sauce, celery and bleu cheese; the blue is calabacitas - squash, tomato, onion, green chile and cheese in blue corn masa. 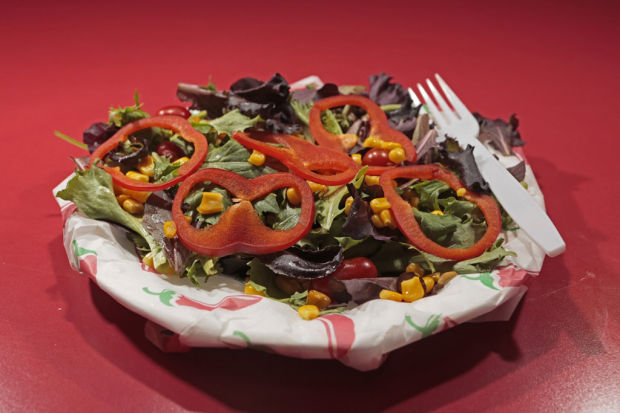 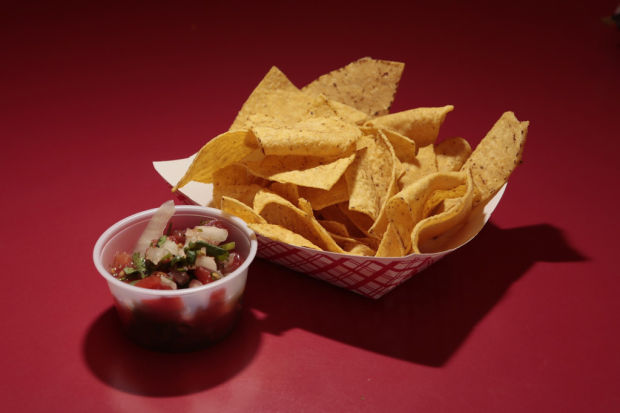 Chips from Alejandros Tortilla Factory served with a choice of four salsas. 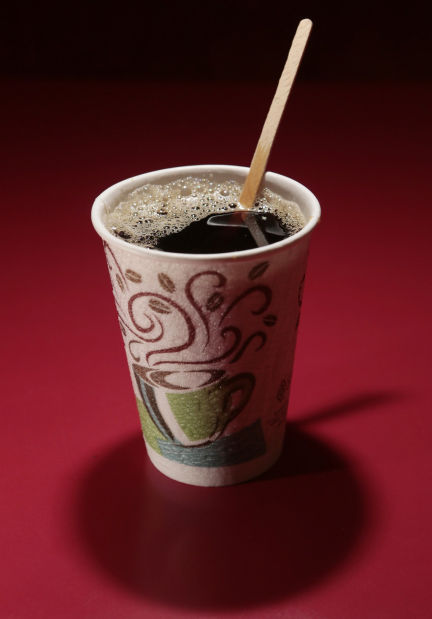 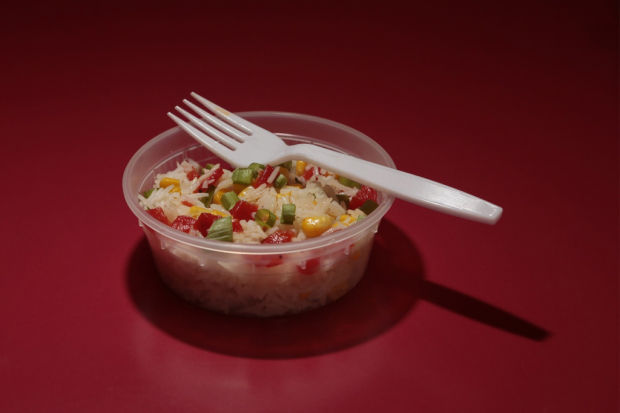 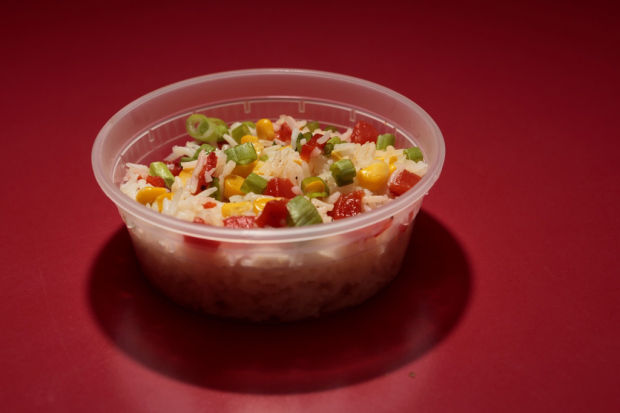 Tucson Tamale Company makes a variety of tamales, but all use GMO-free corn. Depending on your order, that chile spicing up your tamale is familiar and fresh because it was grown just down the road in Santa Cruz county.

The mint and basil used in Lily's Laotian chicken and green papaya salad at Downtown Kitchen + Cocktails is grown just a block away from the restaurant.

It's all part of a fast-growing movement toward being more educated about your food - at home and at your favorite restaurant.

The push to eat fresher and more nutritious foods is leading more restaurant owners and chefs to rethink their daily menus.

"I think it's important to have those options available," said Todd Martin, who opened The Tucson Tamale Co., a gourmet tamale restaurant, in 2008.

In the last three years, Tucson Tamale has moved to a menu that is mostly organic. Martin said the demand for non-GMO options is growing as people become aware of it.

"We respond to demand. … People really want (non-)GMO food, or gluten-free food or organic food that tastes really good," said Reza Shapouri, who owns Harvest Restaurant in Oro Valley. The chic restaurant will host a dinner with the GMO Free Project of Tucson on Sunday.

However, it's not always easy being green. Organic items are more costly than your average grocery produce.

For two years Tucson Tamale was unable to find reasonably priced organic non-GMO corn. Even though his new supplier is more affordable, Martin said he still pays more than he did for his original corn.

"I need to get truckloads of produce delivered here every morning, and I have yet to find somebody that would deliver all organic produce daily to the volume we need," said Raisglid whose love of animals led her to open the vegan restaurant in 2005.

Raisglid said a plant-based lifestyle is more sustainable and healthier than meat-based diets in respect to human health and the environment.

In general, she said, it takes 10 pounds of grain to feed a cow for every pound of beef gained from that cow.

Diet fads come and go, but eating fresh and locally produced foods is a return to a practice long rooted in the public commons. Lord Northbourne coined the term "organic farming" in 1939 in his seminal book "Look to the Land," in which he also warned of the dangers of modern agriculture's increasing dependency on chemicals.

Today a number of bestselling food authors are raising the consciousness of America's dining public. One of the best known is Michael Pollan, who famously advised: "Eat food. Not too much. Mostly plants" in his "In Defense of Food: An Eater's Manifesto."

People with food restrictions and dedicated diets are also finding more restaurants with menus friendly to their eating habits.

"When I first became vegan it was 24 years ago and there was nothing," said Raisglid, who has a Ph.D. in chemistry from the University of Arizona. "It was really hard to eat out at all. I would go out with friends and I would bring my own food. Now there's 100 percent plant-based restaurants popping up all over the map. It's great."

According to Packaged Facts, which provides market research on consumer goods, gluten-free sales are expected to exceed $5 billion by 2015, nearly double sales in 2010.

"It's going much more to a movement where people want to have fresh ingredients … fresh local, natural ingredients, not chemically based products," said Susan Fulton, who co-owns Gourmet Girls Gluten-Free Bakery/Bistro, one of the few all-gluten-free bakeries in Southern Arizona.

Dorie Morales, publisher and CEO of the Scottsdale-based Green Living magazine, had lunch there last week.

"Restaurants have had to make a lot of different adaptations in their menus in the last 10 years … because of allergies, gluten-free and genetically modified foods as well," Morales said.

"Chefs have to learn how to prepare food" with these allergies in mind, she added.

Generations of farmers have crossbred plants to create varieties that were more productive while more resistant to pests and less dependent on water.

But growing consumer concerns about genetically engineered crops - and the chemicals used on those crops - are leading a number of companies to provide more information about what is in their food.

Whole Foods Market, which has two locations in Tucson, devotes part of its website to healthy eating and environmental stewardship. That includes a goal that all products in its U.S. and Canadian stores must be labeled to indicate whether they contain GMOs by 2018.

Chipotle Mexican Grill recently became the first major U.S. food supplier to voluntarily label GMO items at some locations, in addition to switching to rice bran oil instead of GMO soybean oil. Tucson Chipotle officials were not able to say when that would take place here.

"We don't feel that the proper research is being done," said Melissa Diane Smith, the education director of the GMO Free Project of Tucson and a nutrition consultant who wrote "Going Against the Grain."

"We do know from animal research that there are certain various health risks associated with eating genetically modified foods including organ damage, immune system problems, accelerated aging, infertility and tumors," she said.

"People are not getting sick from GMO foods," said Rod A. Wing, director of the Arizona Genomics Institute at the University of Arizona. "They are getting sick from drinking too much Coke and eating too many fatty foods."

He also suggested that any difference diners may notice between the organic vegetables served at restaurants and the massively produced produce at their grocery store may be due to how they are harvested.

Those massively produced tomatoes must be picked from the vine early to keep them fresh, and they don't have the time to develop the flavor that diners associate with organic tomatoes, Wing said.

Sourcing from local farms and gardens

In 1983, Janos Wilder, chef and owner of Downtown Kitchen + Cocktails, opened his first restaurant, Janos, near the Tucson Museum of Art.

Before he even had a wait or kitchen staff he advertised for gardeners. At that time, he said, there was no produce market for fresh herbs, baby squashes or other more exotic ingredients in Tucson. So he grew his own garden near his restaurant.

Today there is a national movement toward keeping food local.

"Everything about Tucson is so unique, and by supporting locals you're keeping that going so that future generations can come visit and want to come live here, and not be like every vanilla-flavored community," said Colette Landeen, executive director of The Tucson Originals, a group of more than 30 independent, locally owned restaurants.

Buying local has an added community benefit. According to Local First Arizona, a study has shown that $45 of $100 spent at a local store stays in the state, in contrast to $13 of each $100 spent at a national chain.

The public's perception of food is constantly changing. Today's diners may not be eating the same fruits and vegetables their grandparents ate because of artificial selection and the natural processes of evolution, but they still have the options to eat healthy.

Fulton, from Gourmet Girls, believes the camaraderie between independent restaurants will progress to a general sharing of products, staff and customers.

Martin also sees growing collaboration. One scenario, he said, is restaurants could follow the model of food co-ops, where a membership fee is set and at the end of the year any profit the restaurant makes is returned to the members.

"We've grown up from a fast-food town," said Martin, who was a technical support director with Intuit before he and his wife started Tucson Tamale. "Hats off to the population of Tucson for doing a good job supporting what's out there and not just going through the drive thru."

what's out there, and what's coming up

• Upcoming: The restaurant joined Consuming for Change and Healthy You Network to sponsor free movie nights at the Loft Cinema, 3233 E. Speedway. Next up: "Peaceable Kingdom: The Journey Home" at 7 p.m. July 23 . Learn more at healthyyounetwork.org

The USDA National Organic Standards do not allow genetically engineered seed and ingredients in the growth and production of foods labeled as organic.

Isaac Cox is a University of Arizona journalism student who is an apprentice at the Star. Contact him at starapprentice@azstarnet.com

Banksy shares video of him creating his latest artwork

This Southwestern “hash” feeds up to six people with only a pound of ground beef.

Offered Memorial Day through the Fourth of July: the red tamale is a smoky barbequed pork; the white is chicken with a mild hot wing sauce, celery and bleu cheese; the blue is calabacitas - squash, tomato, onion, green chile and cheese in blue corn masa.

Chips from Alejandros Tortilla Factory served with a choice of four salsas.