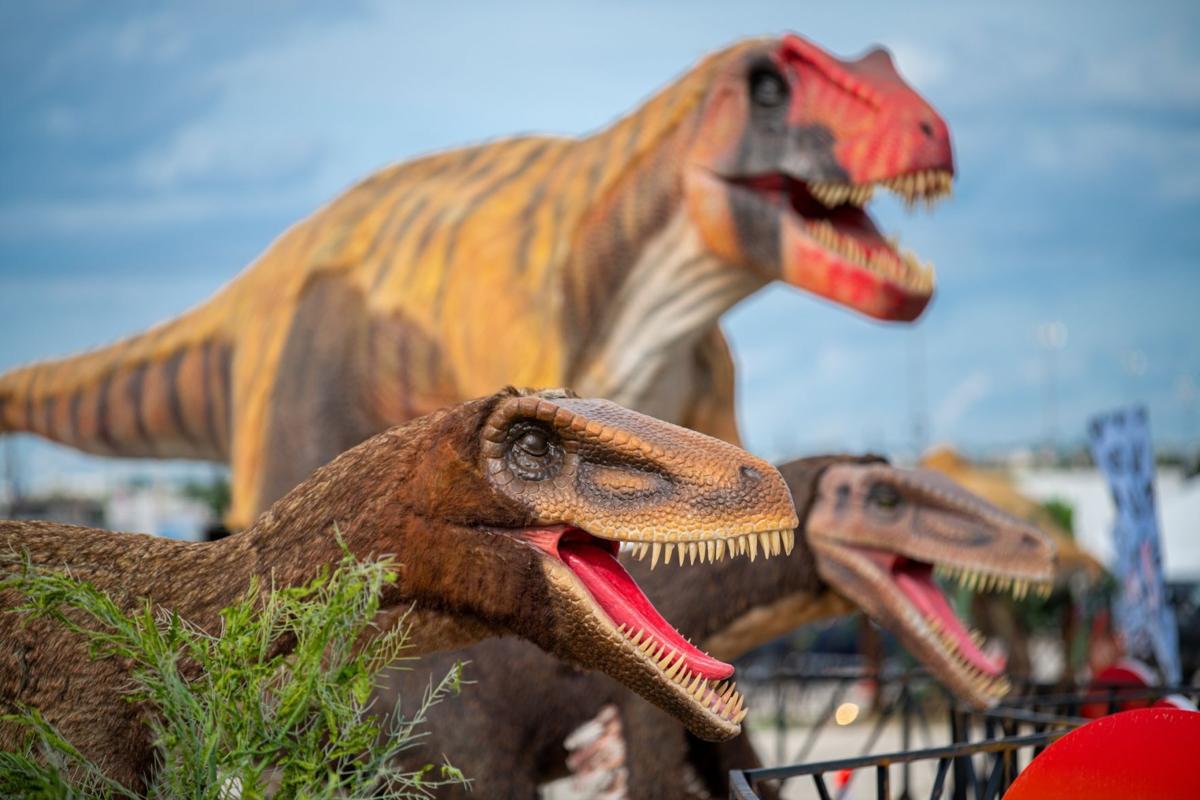 More than 70 different types of dinosaurs will be on display during the Jurassic Quest Drive Thru event. 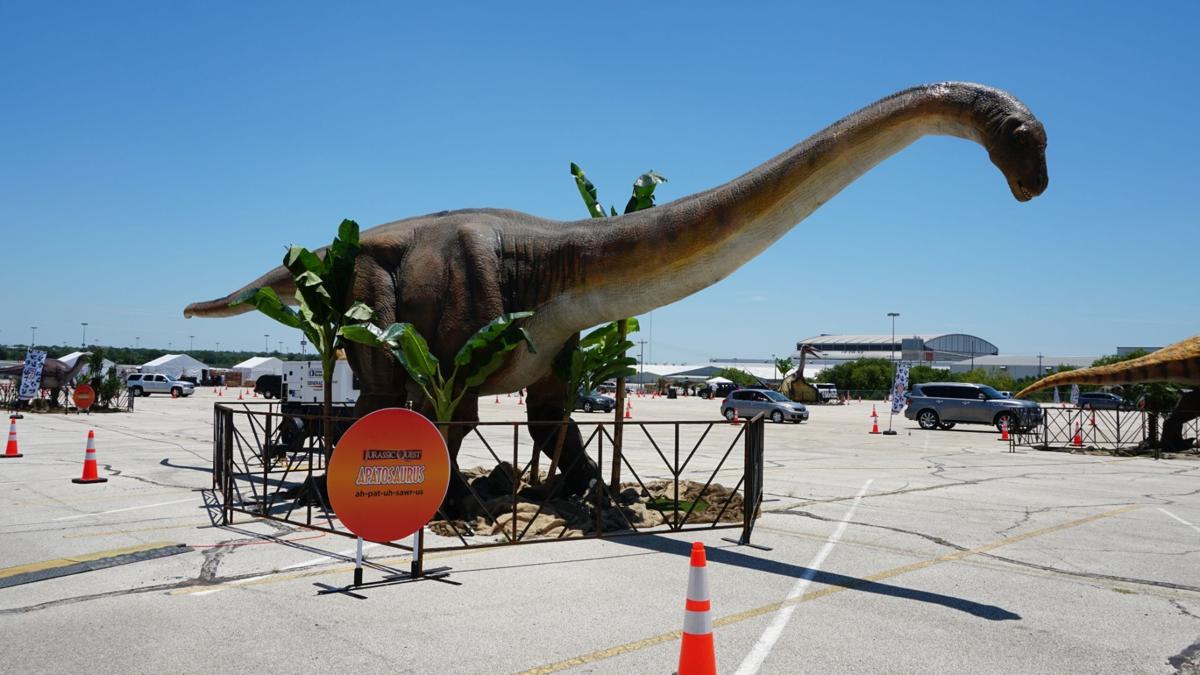 Cars make their way behind an apatosaurus during a Jurassic Quest Drive Thru event in Dallas.

Add triceratopses, iguanodons and velociraptors to the list of creatures that you can find in Southern Arizona starting this Friday.

These prehistoric beasts, along with dozens of others, will be on display as part of the Jurassic Quest Drive Thru event taking place at the Pima County Fairgrounds, 11300 S. Houghton Road, through April 18.

The life-size dinosaurs, many of which have animatronic features, are part of a national touring show that was held at indoor venues across the country until the pandemic hit in March 2020.

The pivot to become an outdoor affair happened quickly, said spokesman Dustin Baker, who goes by the name “Dino Dustin” when in character for the exhibit.

“Some of our dinosaurs were already outdoor dinosaurs,” Baker said. “Venues couldn’t fit our apatosaurus. We shutdown in March, came up with the drive-thru idea and were back out again by June.”

The Jurassic Quest experience is not unlike the experience guests were treated to in the 1993 film, “Jurassic Park,” before the dinosaurs started eating everybody.

For $49 per vehicle, visitors drive along the exhibit’s collection of creatures with pre-recorded narration provided through YouTube or SoundCloud.

Guests can choose from several narrations, each with a different plotline, and with one entirely in Spanish. Participants will see dino favorites, like the triceratops and tyrannosaurus, but will also learn about scores of other dinosaurs they may have never heard of, including the bipedal coelophysis, the eocursor and the plateosaurus, which lived during the late Triassic period more than 200 million years ago.

“Most people only know maybe five dinosaurs off the top of their head and we have more than 70,” Baker said. “It is a good mix of education and entertainment.”

Jurassic Quest opens at 9 a.m. most days. Visit jurassicquest.com to buy tickets or for more information.

About 75 of the artists who were supposed to perform at last year's event that went virtual due to the pandemic are coming back for in-person performances at Park Place and the MSA Annex at the Mercado.

Pianist Alexander Tentser will break in the new instrument in concert that will benefit Tucson Musicians Relief Fund.

Transplant will be next door to William and Travis Miller's Craft, A Modern Drinkery taproom on East Speedway.

More than 70 different types of dinosaurs will be on display during the Jurassic Quest Drive Thru event.

Cars make their way behind an apatosaurus during a Jurassic Quest Drive Thru event in Dallas.