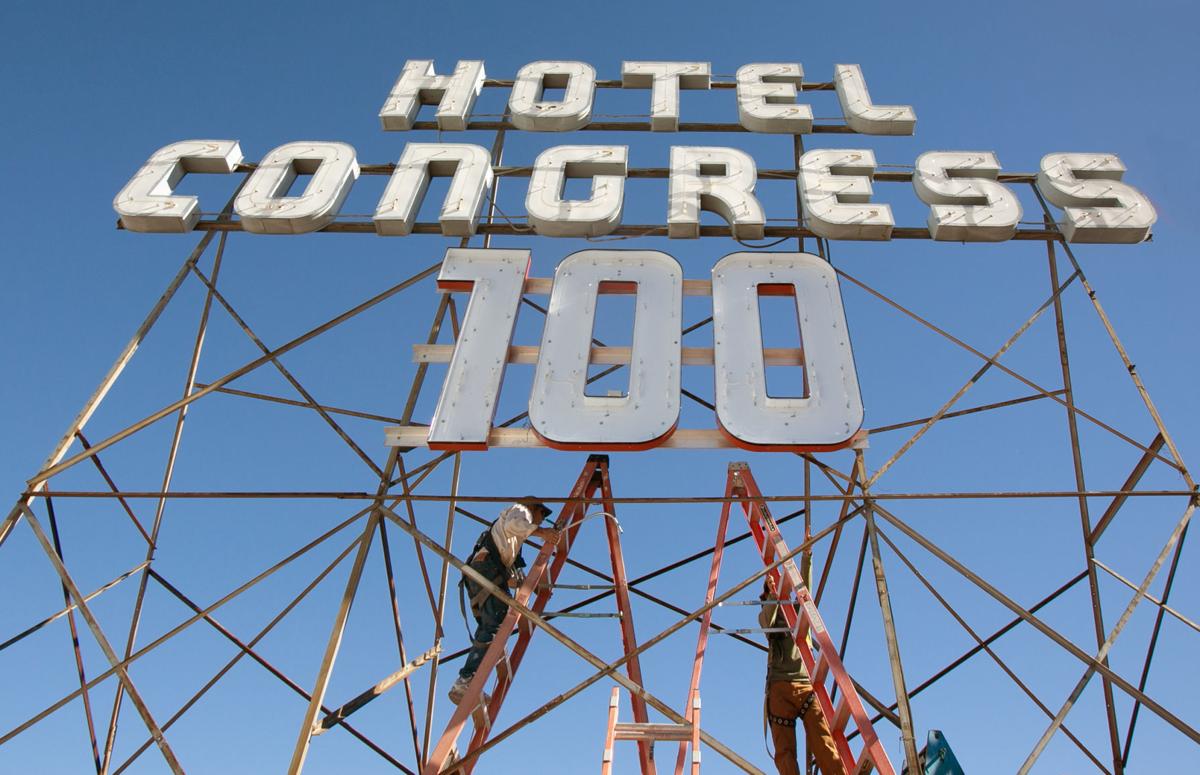 In honor of milestones like Hotel Congress’ 100th anniversary, events will be held at several venues on the east end of East Congress Street, downtown, this Sunday. 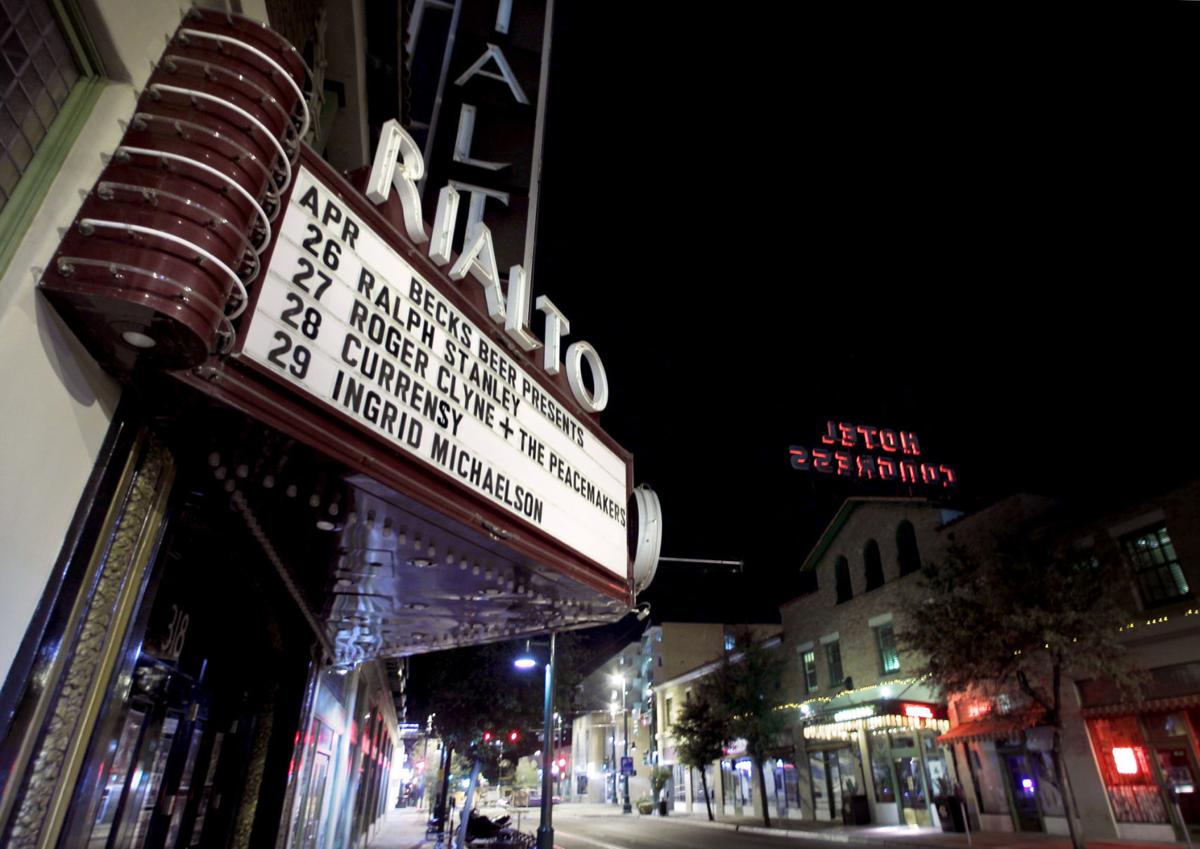 The Rialto will be showing films as a throwback to its El Cine Plaza days.

In addition, The Rialto Theatre celebrates its 100th anniversary in 2020.

In honor of these milestones, events will be held all weekend at several venues on the east end of East Congress Street, downtown, this Sunday, Nov. 24, from noon to 4 p.m.

Hotel Congress will provide the brunt of the day’s entertainment, which includes mariachi and TSO brass quintet performances on the hotel’s plaza stage.

The venue, at 311 E. Congress St., will host a pop-up history museum in collaboration with the Arizona History Museum.

There will be guided history tours of downtown, a sit-down chat with Hotel Congress owners Richard and Shana Oseran and a screening of the Arizona Illustrated’s short film, “24 Hours at Hotel Congress.”

Oh, and the hotel will present what is being billed as Tucson’s largest birthday cake.

Across the street, at the Rialto, 318 E. Congress, several short and full-length film screenings will take place starting at noon in honor of the music venue’s time as the Spanish-language movie theater, Cine Plaza.

And at Maynards Market & Kitchen, 400 N. Toole Ave., Arizona Public Media and Local First Arizona will hold a vendor fair geared toward kids, which will showcase local purveyors of products and experiences for children.

Rich Hopkins and the Luminarios will play on Maynards’ back patio.

The entire event is free. For more information, visit hotelcongress.com.

From an east-side craft beer haven that offers moonlight bike rides, to a brewery that sells its own cycling merch and another launched by two…

A world-touring, all-female mariachi group from New York City is slated to play the Fox Tucson Theatre this Saturday, Nov. 23.

Visitors of the Flandrau Science Center & Planetarium are in for a flurry of activities at Sunday’s sixth annual Chess and Science Festival.

In honor of milestones like Hotel Congress’ 100th anniversary, events will be held at several venues on the east end of East Congress Street, downtown, this Sunday.

The Rialto will be showing films as a throwback to its El Cine Plaza days.