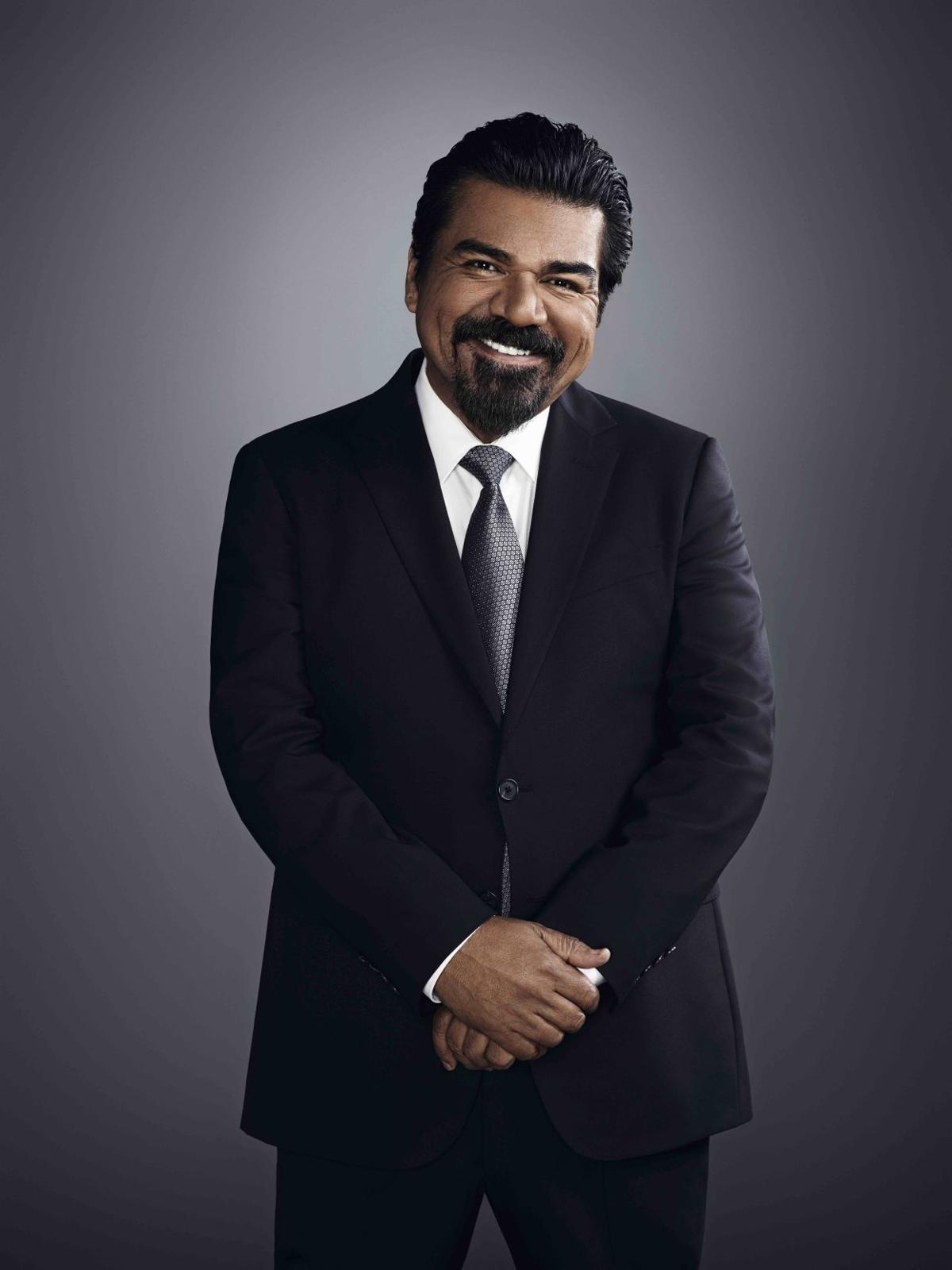 Rain and lightning on May 11 at the AVA at Casino del Sol forced comedian George Lopez to reschedule his “The Wall” show. 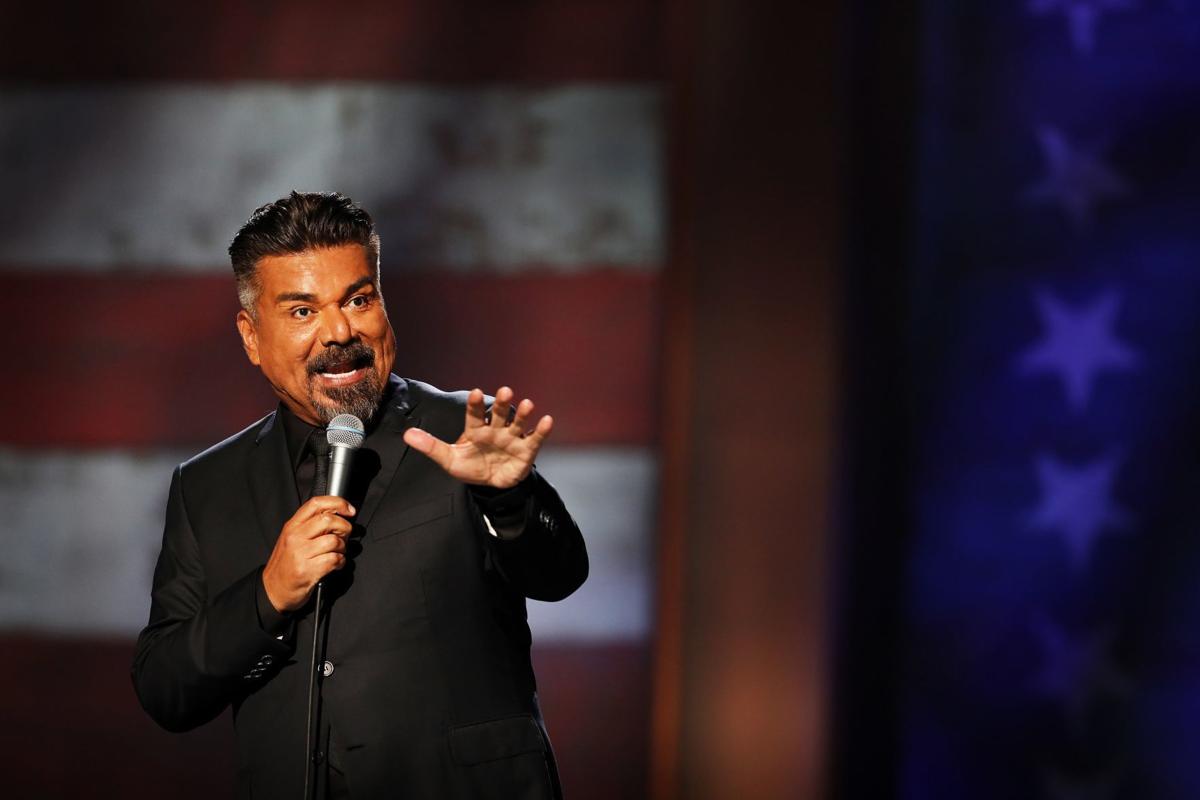 George Lopez’s AVA show is based on his HBO standup special. 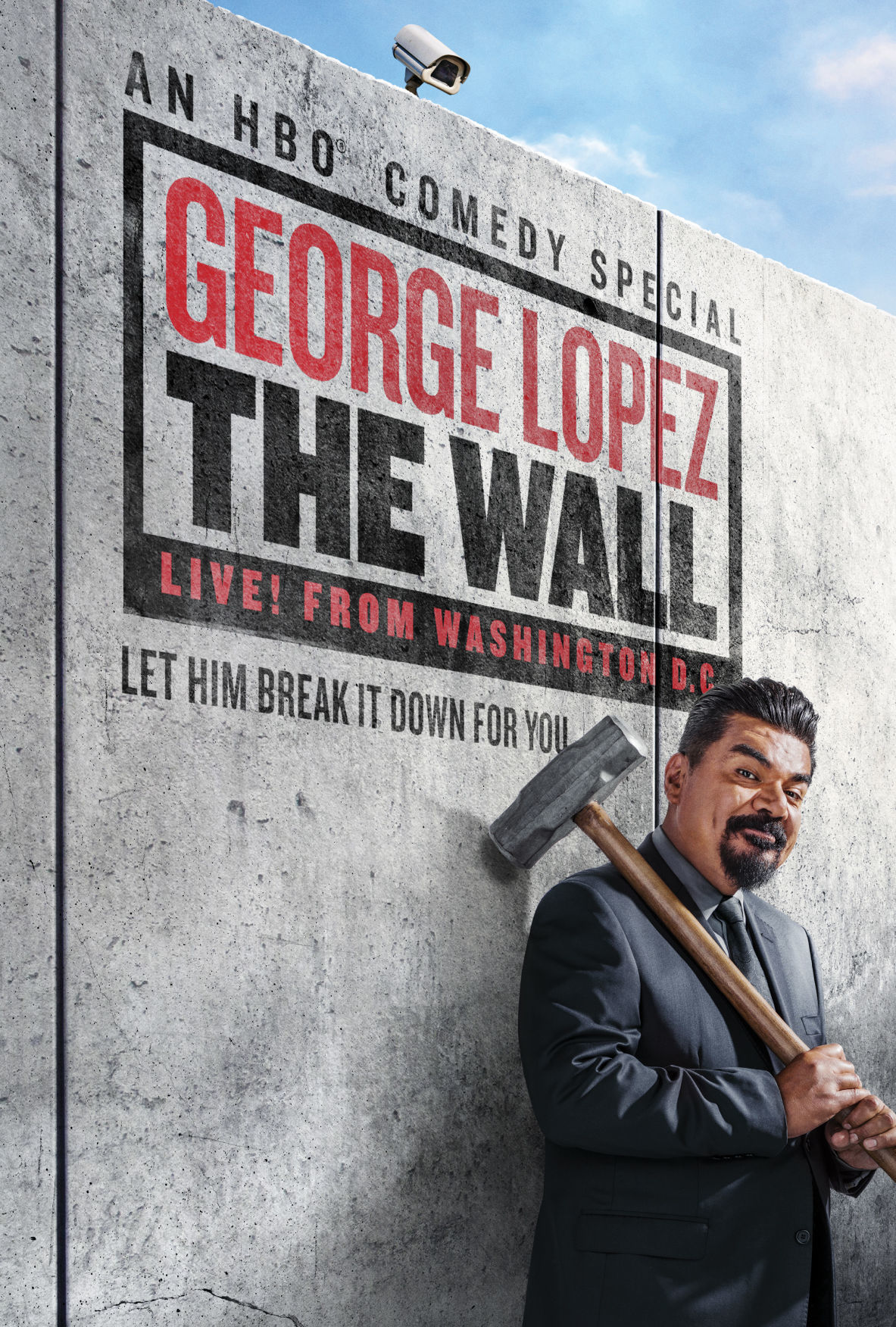 “People ask me, how do you feel about the wall? ‘We’ll get over it,’” Lopez says. 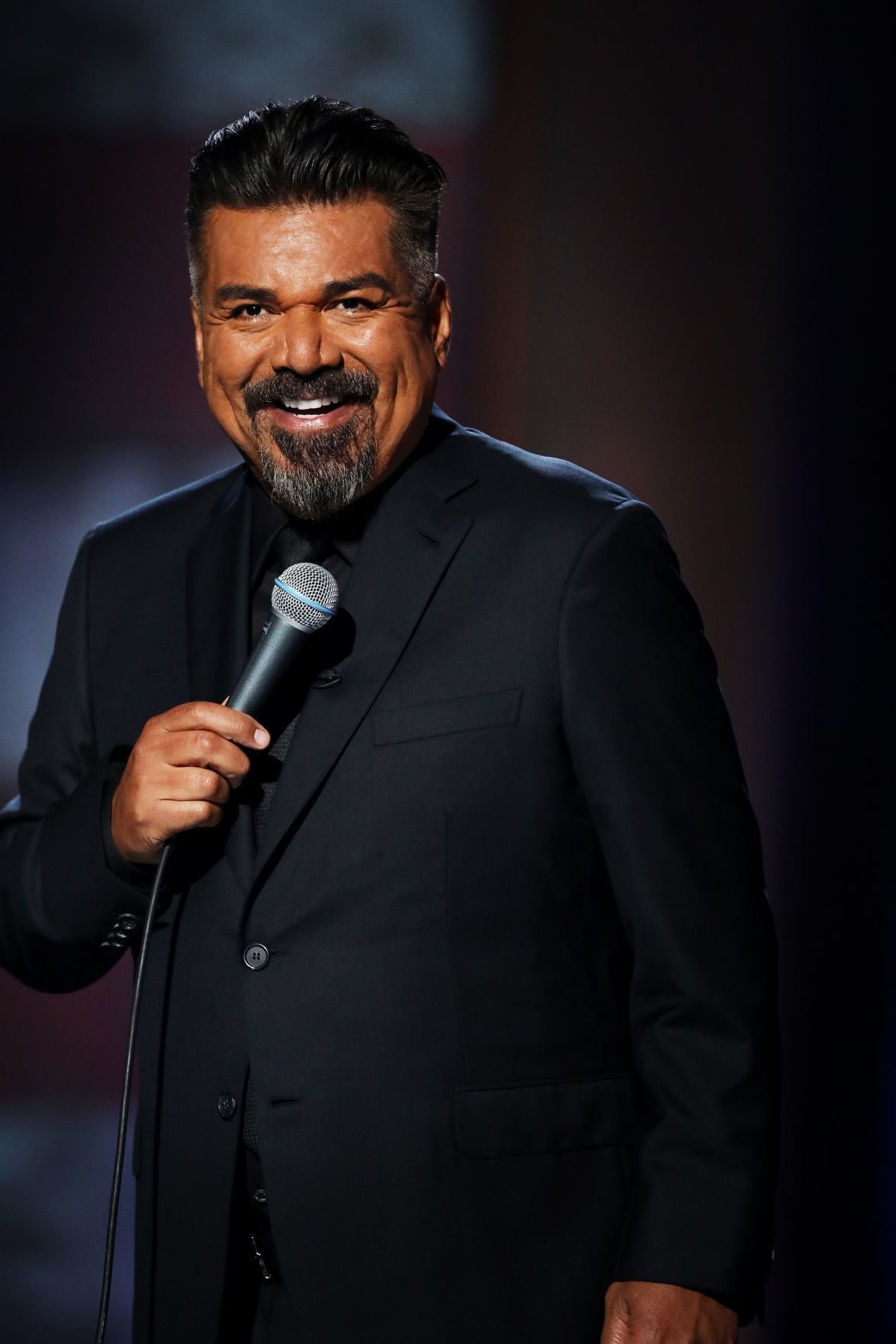 Comedian George Lopez is bringing “The Wall” to the AVA at Casino del Sol. 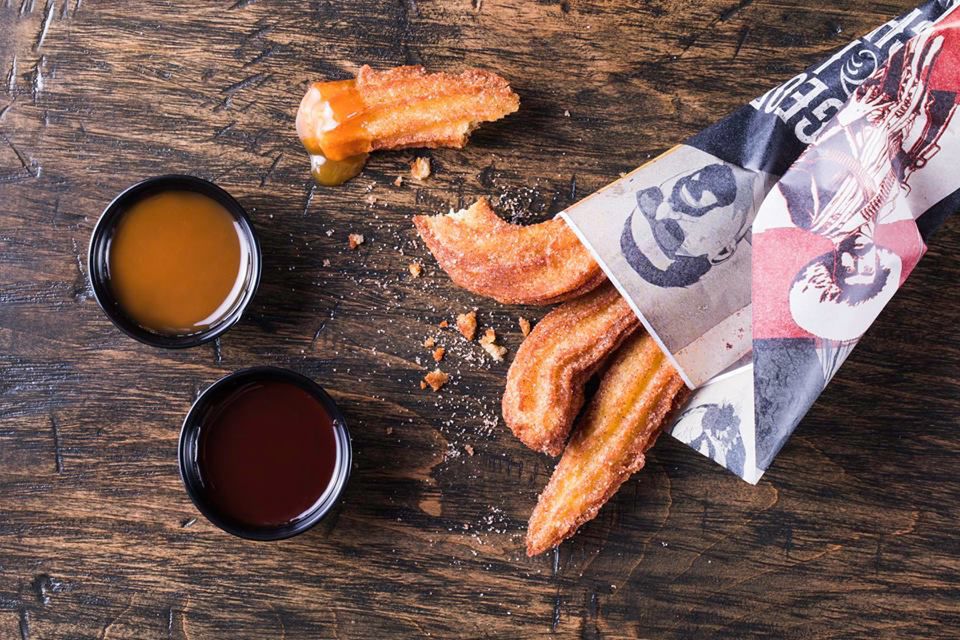 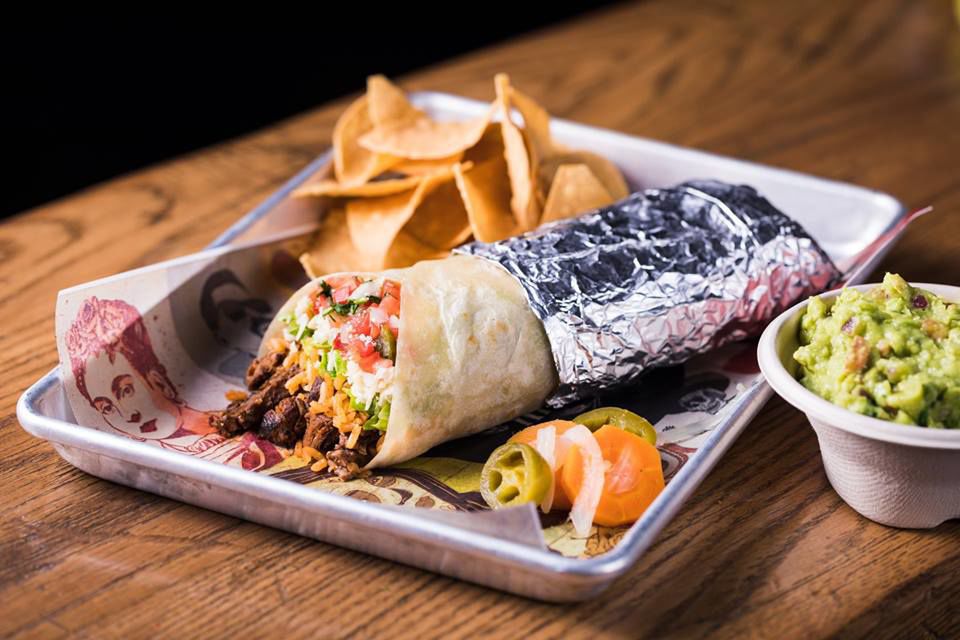 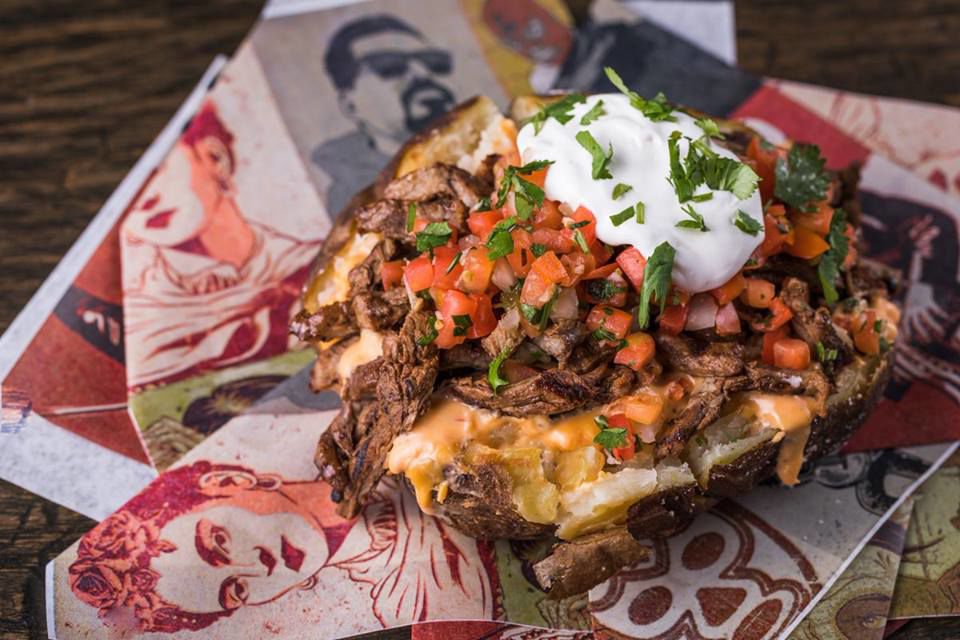 The Cabo Stuffed Potato is a popular item on the menu at George Lopez’s Chingon Kitchen.

“I didn’t realize that that guy was as old as he is,” says the comedian, who is no stranger to the 86-year-old former Maricopa County Sheriff Joe Arpaio and his controversial immigration policies. “I hope to be that racist when I’m his age.”

Sheriff Joe will likely get a mention or two when Lopez brings “The Wall” to the AVA at Casino del Sol on Saturday, May 11.

The show, based on his 2017 HBO standup special, takes President Trump’s proposed wall along the southern border head-on, and without mercy. And it’s the latest example of art diving into politics in the age of Trump.

This spring, Salpointe High School mounted William Mastrosimone’s “Bang Bang You’re Dead,” based on the 1998 mass shooting at Thurston High School in Springfield, Oregon, where a student shot and killed his parents, two students and wounded 25 others.

Tucson High Magnet School staged Tucson playwright Amy Almquist’s original play “Our Border Town,” a documentary-style play retracing true stories of undocumented students and migrants and their interactions with the Border Patrol and the Tucson community. It had a cast and crew of 45.

“One of the goals of this play is to get the human perspective back on this border crisis and to create empathy for the humans that are involved, as opposed to how much strife and stress and conflict that the politics behind it cause,” Tucson High drama teacher Julian Martinez told the Arizona Daily Star.

Lopez has a similar goal with “The Wall.”

“My thing is that the American dream should still be alive and it should be for everybody because that’s been the philosophy of this country,” he said during a recent phone interview. “Most of the people that come here really just want to live a better life. They don’t all have tattoos on their faces that Trump talks about. They do just really want to work in silence and do for their families and live better lives.”

Of course, that message will be wrapped in some pretty salty language. Within minutes of the show opening, Lopez will lay out exactly where he stands on the president in language that we can’t print here.

“The Wall,” filmed live in Washington, D.C., to mark Lopez’s 40th year in standup, aims to dispel some of what he views as conspiracies that Trump and his advisers have been spreading about illegal immigrants, most from Mexico and other Latin American countries.

“I don’t think things are as dire as he says,” said Lopez, 58. “Somehow (Mexicans) have become the linchpins of immigration. No one else, just us. Somebody has to say something because nobody is saying anything.”

“I can’t wait to get back to Tucson. It’s a place that’s been great for me,” he added. “Clearly if you’re a fan of mine, come. But if you’re not, you won’t have a good time and you’re probably a red hat.”

Here are a few other comedy shows heading our way:

Comedian George Lopez jumped into the celebrity restaurant arena in 2017 when he opened George Lopez's Chingon Kitchen at the San Manuel Casino in Highland, California.

"People may not like my comedy, and I may even have a high rate of people who don’t like it. Even as easy as it is to dislike me, everybody loves my restaurant," Lopez said.

On May 3, he opened the second location"George Lopez's Chingon Kitchen" at Vee Quiva Hotel & Casino in Laveen, Arizona, on the west side of Phoenix. The 5,000-square-foot restaurant has a dining room that can seat 140 and is decorated with hand-painted graffiti murals and quintessential Mexican artwork including Dia de Los Muertos and lucha libre masks.

Lopez said the menu, based on recipes from his grandmother, includes tacos, burritos and bowls, and the popular Cabo Stuffed Potato dressed up with carne asada and queso. They also make churros and tortillas on site.

Lopez said he plans to open a third location at a casino in Torrence, California.

"It’s a great way to get my divorce money back," he joked.

Last time he was here, they added a second show after the first sold out.

László Veres is back at the podium to lead the Tucson Pops Orchestra and Arizona Symphonic Winds in springtime series.

Catch one of these Comedy, Dinner Theater or Theater Shows

Tale of child soldiers to be performed in Tucson in English, Spanish

The "Sound of Cracking Bones," directed by Eva Tessler, was written for children 12 and older.

3 for 3: Tucson concerts worth getting off the couch

If you miss out, you'll be pinching yourself black and blue.

Two moms, lots of wine and a fast-food-themed parody on a legendary metal band are on tap alongside a big-name Latin comic.

Rain and lightning on May 11 at the AVA at Casino del Sol forced comedian George Lopez to reschedule his “The Wall” show.

George Lopez’s AVA show is based on his HBO standup special.

“People ask me, how do you feel about the wall? ‘We’ll get over it,’” Lopez says.

Comedian George Lopez is bringing “The Wall” to the AVA at Casino del Sol.

The Cabo Stuffed Potato is a popular item on the menu at George Lopez’s Chingon Kitchen.