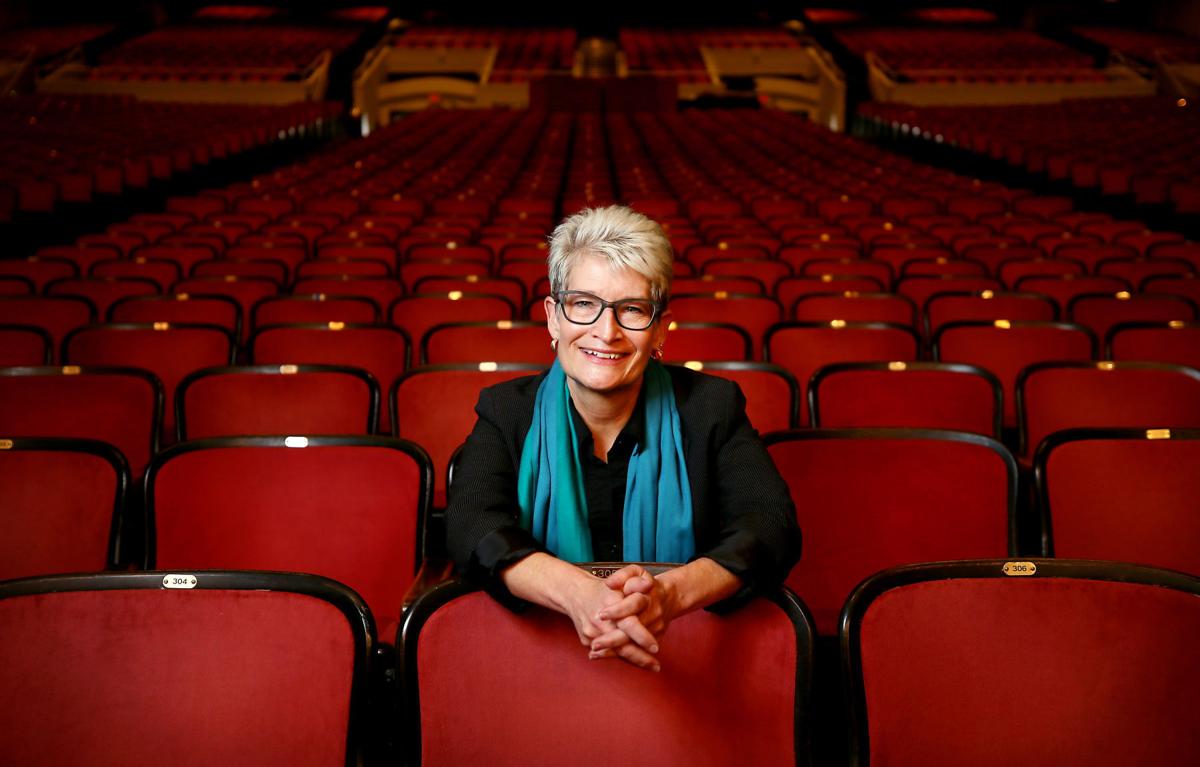 Diane Willcox became general manager of Broadway in Tucson in October. In addition to lining up the 2019-20 season, she’s also been promoting theater education programs. 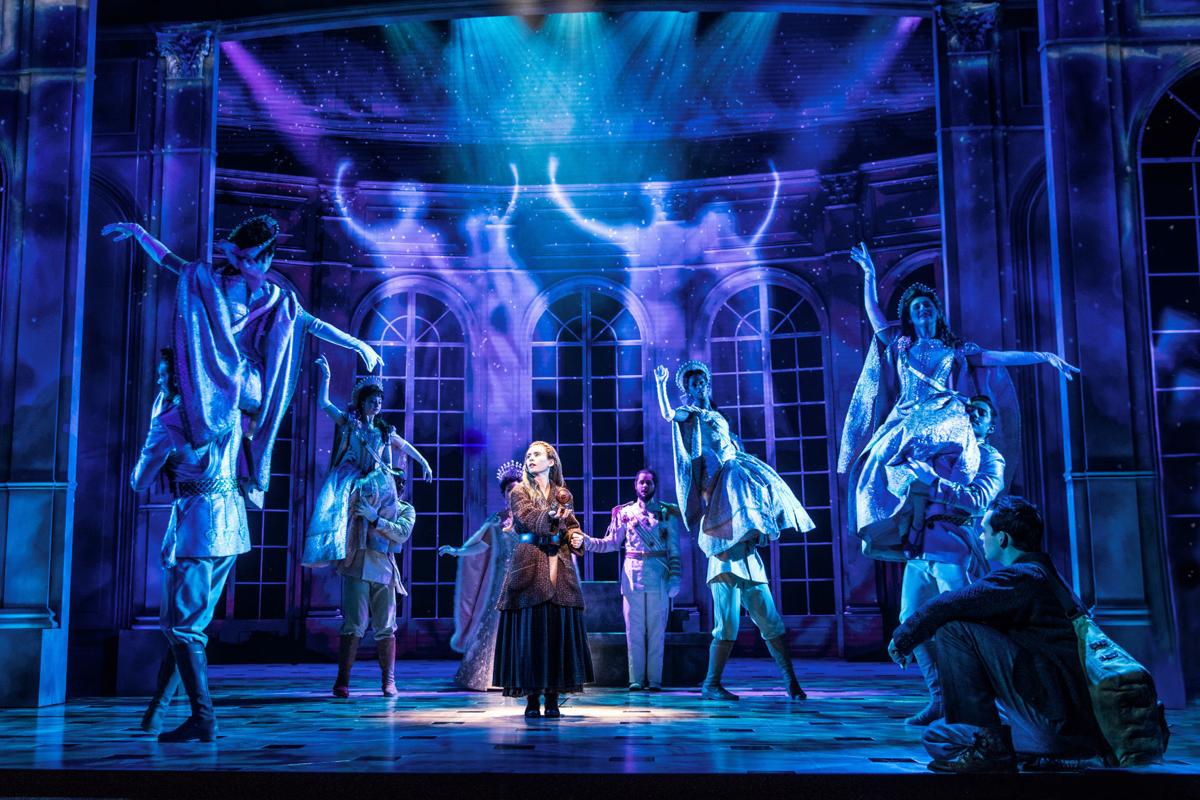 Lila Coogan (Anya) and the company of the national tour of “Anastasia,” which will be staged in Tucson in November.

Diane Willcox has not slowed down since she arrived in Tucson six months ago.

Willcox took over the job as general manager of Broadway in Tucson in October, when Lendre Kearns retired. Previously she was doing marketing and outreach for the Broadway and performing arts series at Michigan State University.

But Willcox, who has an extensive background in all aspects of theater, including acting, tech work and box-office management, is a rabid arts fan; the amount of work she has done only energizes her. Especially the educational aspect.

“We’ve been expanding interactions of casts with the community and (high school) students,” she says, obviously relishing the project. “We’ve brought in students geared toward non-theater careers. We’ve had company personnel, costumers, and tech people in to have a conversation about the alternate careers in the theater.”

She is also looking to develop an internship program with University of Arizona students, and collaborating with non-arts schools on campus, as well as with community organizations.

But her first responsibility is the Broadway in Tucson season.

And she’s very excited about the upcoming one.

The season will open with the road show of the “Hello Dolly!” revival (Oct. 22-27), which won several Tony Awards, including one for Best Revival of a Musical. The story is based on Thornton Wilder’s farce “The Matchmaker,” and it follows Dolly Levi, who is in search of a love match for the wealthy Horace Vandergelder.

Next up will be a musical Willcox is especially excited about: “Anastasia” (Nov. 19-24). It is an adaptation of the long-lived story of Russia’s Grand Duchess Anastasia Nikolaevna’s escape from the assassination of her entire family in 1918 (DNA testing conclusively proved she did not escape).

“It’s a female empowerment adventure,” says Willcox. “She is an adventurous girl wanting to uncover the mystery of her past. … It’s beautiful and lush and glorious.”

Dec. 3-8, “Jesus Christ Superstar” returns. This is the production that won a 2017 Olivier Award (England’s equivalent to a Tony) for Best Musical Revival.

“The Play That Goes Wrong” (Jan. 14-19) is a farce without music, an anomaly for Broadway in Tucson, which generally sticks to musicals. The play snagged an Olivier for Best New Comedy in 2015.

Ending the season is the musical “Come From Away” (June 2-7, 2020), based on the true story of what happened when 38 planes were ordered to land in Gander, Newfoundland and Labrador, Canada, after the terrorists attacks on Sept. 11, 2001. The 7,000 passengers expected to be there a day, but that stretched into a week. The population of about 11,000 quickly jumped into action, providing food and shelter for those stranded there.

“I’m really proud of the season,” says Willcox. “I think audiences will love it.”

And audiences will love this: The smash musical “Hamilton” will make a multiweek stop in Tucson during the 2020-21 season, likely late in ‘20, says Willcox.

But there’s a hitch: 2019-20 season subscribers will have priority when it comes to purchasing those tickets.

Tickets for the full six-play season are $162-$612. You can buy smaller season ticket packages, but it’s those with the full season who will get priority for “Hamilton.”

Tucson snow to give way to warmer weather, clearer skies through weekend

Saturday will be mostly sunny with highs in the upper 40s to lower 50s.

The camera can be a shield.

It was love at first read for Alida Holguin Wilson-Gunn.

Arizona Theatre Company intends to make us laugh — and cry — with its 2019-20 season of plays.

Play calls for no director, no set, and no script until actor is on stage

All-Spanish program will mine the breadth of Latin music and countries.

GRAND CANYON NATIONAL PARK, Ariz. — Arizona Rep. Raul Grijalva is pushing to make a temporary ban on the filing of new mining claims in the Gr…

Retired astronaut Mark Kelly is kicking off his U.S. Senate campaign Saturday with a rally in Tucson not far from the site where his wife, Gab…

A 83-year-old woman died in a single-vehicle rollover crash while trying to exit from Interstate 19 in Green Valley Saturday afternoon, offici…

With hundreds of authors on deck, it's tough to decide where to start.

Tucson's Live Theatre has a winner in 'Time Stands Still'

Fairy tales are at the center of The Rogue's next play

“The Illusionists,” with five magic makers will be at Centennial Hall.

Diane Willcox became general manager of Broadway in Tucson in October. In addition to lining up the 2019-20 season, she’s also been promoting theater education programs.

Lila Coogan (Anya) and the company of the national tour of “Anastasia,” which will be staged in Tucson in November.