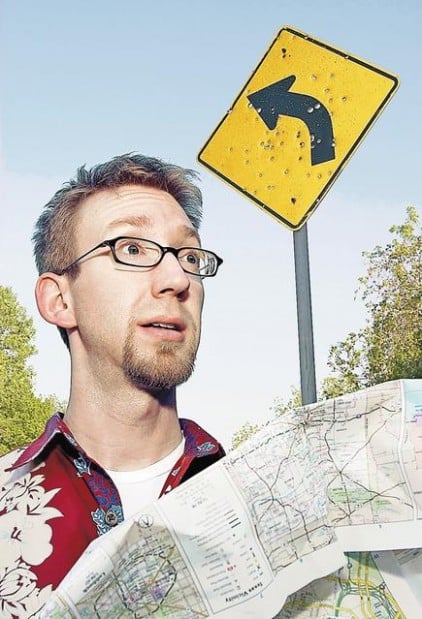 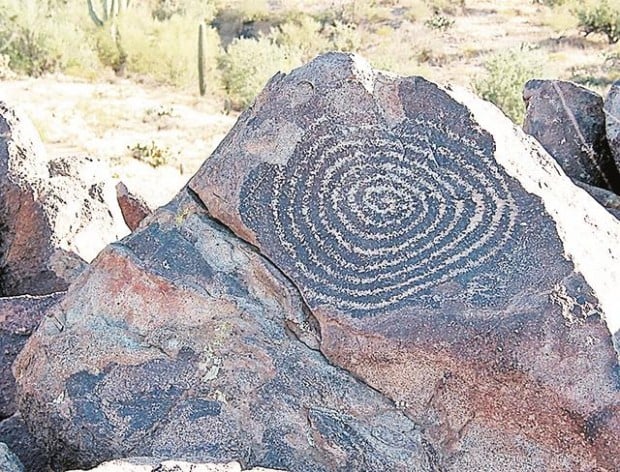 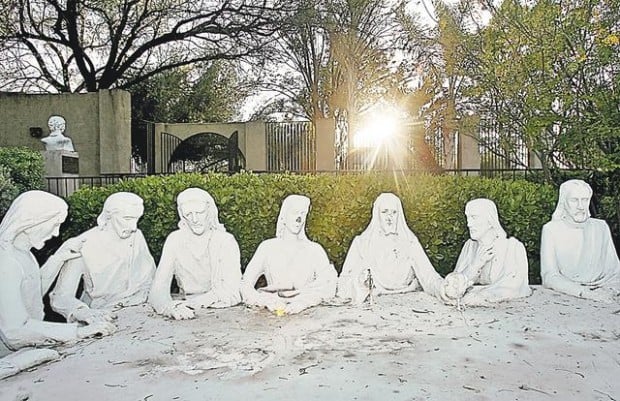 According to author Wesley Treat, there are six weird things in Tucson.

We can think of a lot more, but when you have an entire state to cover, it's understandable to include but a few.

Treat, who had driven through Arizona only a couple of times before he started his research, took about a year and a half to write "Weird Arizona" (Sterling Publishing, $19.95).

"It was supposed to take me a year," said the 34-year-old. "I could have kept going, too. There were a lot of stories that I wrote that didn't make it in the book."

Between August 2005 and June 2006, the Dallas-area resident made three two-week trips to Arizona. Treat also shot many of the photos that appear in the book.

"Every time I went to Arizona, I got sucked into the Tucson area — I couldn't get out," he said. "There was so much stuff there. I'd have to tell myself to move on."

"The thing that was really surprising to me was that we were afraid we wouldn't find enough weird stuff (in Arizona)," Treat said. "We thought about doing a 'Weird Southwest,' but the more I worked on it, the more weird stuff I found.

"Arizona turned out to be one of the weirdest states I've been to."

"It has to be unique, out of the ordinary," he said. "It's usually something absurd in some way — something that will make you raise an eyebrow or make you smile. You kind of know it when you see it."

Treat began his odyssey with the weird in a Web site he created called Twisted Texas. He's currently absorbing that site into a more comprehensive one at www.roadsideresort.com.

He compared Arizona's weirdness to his home state.

"It's a different kind of weird (Texas)," he said. "We get a lot of big personalities.

"In Arizona, they're just kind of weird by nature. I think maybe the heat does something to people out there.

"In Texas, they're really aware of the fact they're out of the ordinary. In Arizona, they may not realize why they stick out so much. There were some people who were surprised I was interviewing them."

Treat sort of "fell into" weirdness. The theater major earned his degree in directing but "wanted to eat," so he started working on the books.

Another contributor to "Weird Arizona" was Trevor Freeman, a Phoenix native.

The 22-year-old is working toward a degree in business administration at Grand Canyon University.

For the book, Freeman explored the Vulture Mine in Wickenburg and an old TB hospital in Oracle. Out of the 11 stories he wrote, the publishers printed about five, he said.

"I love Tucson. I think there are a lot of cool things to do (in the area) that a lot of people don't realize," said Freeman.

For his hometown, Freeman believes the weirdest part of Phoenix is "probably the people."

"It's different (than Tucson)," he said. "Everybody up here is in a big hurry to do something. I think everyone still loves the small-town feel of Tucson. Tucson has everything that Phoenix has — it just has one of it."

"I've been wanting to go back. There really is so much that I missed that I want to see."

For example, in Tucson, space considerations for the book left out resident Jerry Hall. He builds stuff out of scrap metal, including monsters on his roof and a front lawn filled with "stuff."

Actually, Hall was the last person Treat interviewed on the Arizona tour.

Treat said that, with today's gas prices, short road trips are the way to go.

"Right now it's a great time for seeing stuff in your own area," Treat said. "When you live there, you don't see the stuff around you."

What's weird to you?

Sure the author has his ideas about what's weird in the Old Pueblo. As do our people on the street. But what about you? What do you think is weird in our beloved city of Tucson? All respondents will be entered into a drawing for a copy of "Weird Arizona." Get your response in by Friday to be eligible for the drawing.

Uma Thurman reveals she had an abortion as a teen

Uma Thurman reveals she had an abortion as a teen

How the Pima County Library is nurturing ambition, hope in detained youth

At Pima County's Juvenile Detention Center, a library offers youth a chance to escape into a world of new possibilities through books.

Anthony "AJ" Johnson, an actor and comedian best known for his performance as Ezal in "Friday," has died. He was 55.

Here's a list of winners from Sunday night's Emmy Awards, plus a gallery of photos of stars on the red carpet before the show.

These were not the Pandemmys, but were hardly normal either. See 8 key moments from last night's Emmy Awards.

Lara St. John joins the Tucson Symphony Orchestra for its first concert since the pandemic hit in March 2020.